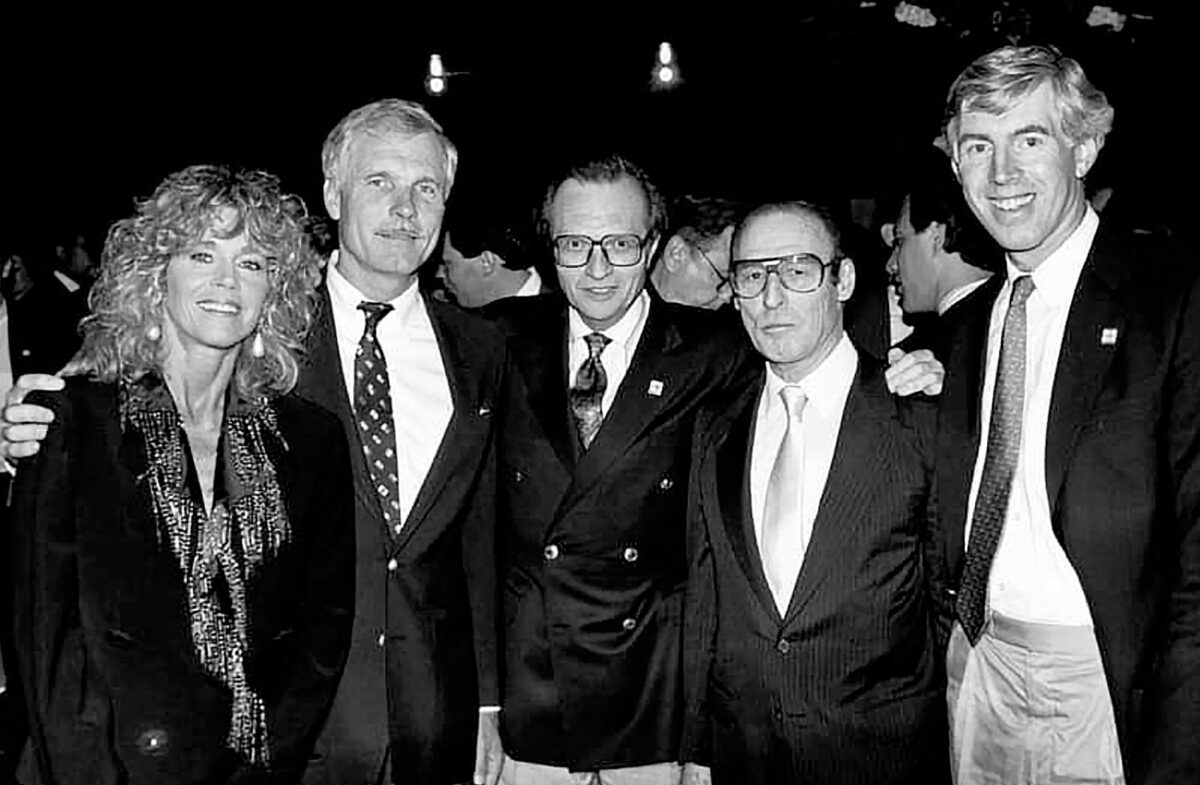 I got to know Larry because I was married to Ted. We spent many fun hours with Larry. I especially liked it when he’d visit us on one of Ted’s ranches and be a totally out of his comfort zone, 100% the city slicker. Didn’t know the first thing about navigating mud or riding a horse. I had to practically carry him across a shallow creek once. And every time Larry visited, all the critters would come out, like they’d been waiting to freak him out.

Once a bald eagle carrying a large jack rabbit flew so low over Larry’s head he could see the whites of the terrified rabbit’s eyes.

Once a black bear came around the corner not far from where Larry was standing. It took awhile for Ted to calm Larry down after that but he also loved these encounters because they were great storytelling material when he got back to his city life.

On his last visit he agreed to get on a horse but only if Ted walked alongside him, leading the horse. He had us take loads of pictures cause he needed proof he’d actually done it.

One of my favorite memories was the time Ted was driving us to a spot where we were going to have a picnic. But Ted, as was his wont, got lost. (It was a 300,000 acre ranch so getting lost wasn’t hard..) You know how, when you get really hungry all you want to talk about is food? Well, it was almost two hours that we’d been driving around looking for the spot where staff had set up the picnic under a giant cottonwood tree and we starting talking about what each of us would want for our last supper.

Larry’s choice for his final meal was crisp calves liver, bacon and sautéed onions with mashed potatoes. I found it an odd choice and it was certainly forbidden food for Larry who’d suffered several heart attacks. Maybe that’s why he chose it.