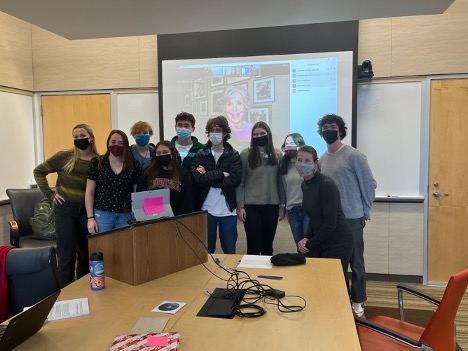 Awhile ago I got a letter from a Boise Idaho high school student, @Shiva_rajbhandari, telling me that he and 9 other students were very concerned about the climate crisis and wanted to learn more about it but there were no high school classes that taught the subject. There was, however, a class on the climate crisis at Boise State and a teacher who would allow them to take the class. The problem was the tuition cost. Would I, Shiva asked, cover the tuition costs for the students? While it was pricy for high school students it was reasonable for me so I called Shiva and told him I would cover the tuition because I admired his guts and entrepreneurial spirit but that in exchange, I wanted all the students to commit to taking some sort of action around this issue. I suggested, for example, pressuring their elected officials to not support subsidies to the fossil fuel industry. (American taxpayers turn over more than $24 billion a year to these companies that are literally killing us! It’s an abomination and must end!).
The first thing they all did was write a short story about how global warming has impacted them and their families and send the stories to their elected officials. Here are the stories: 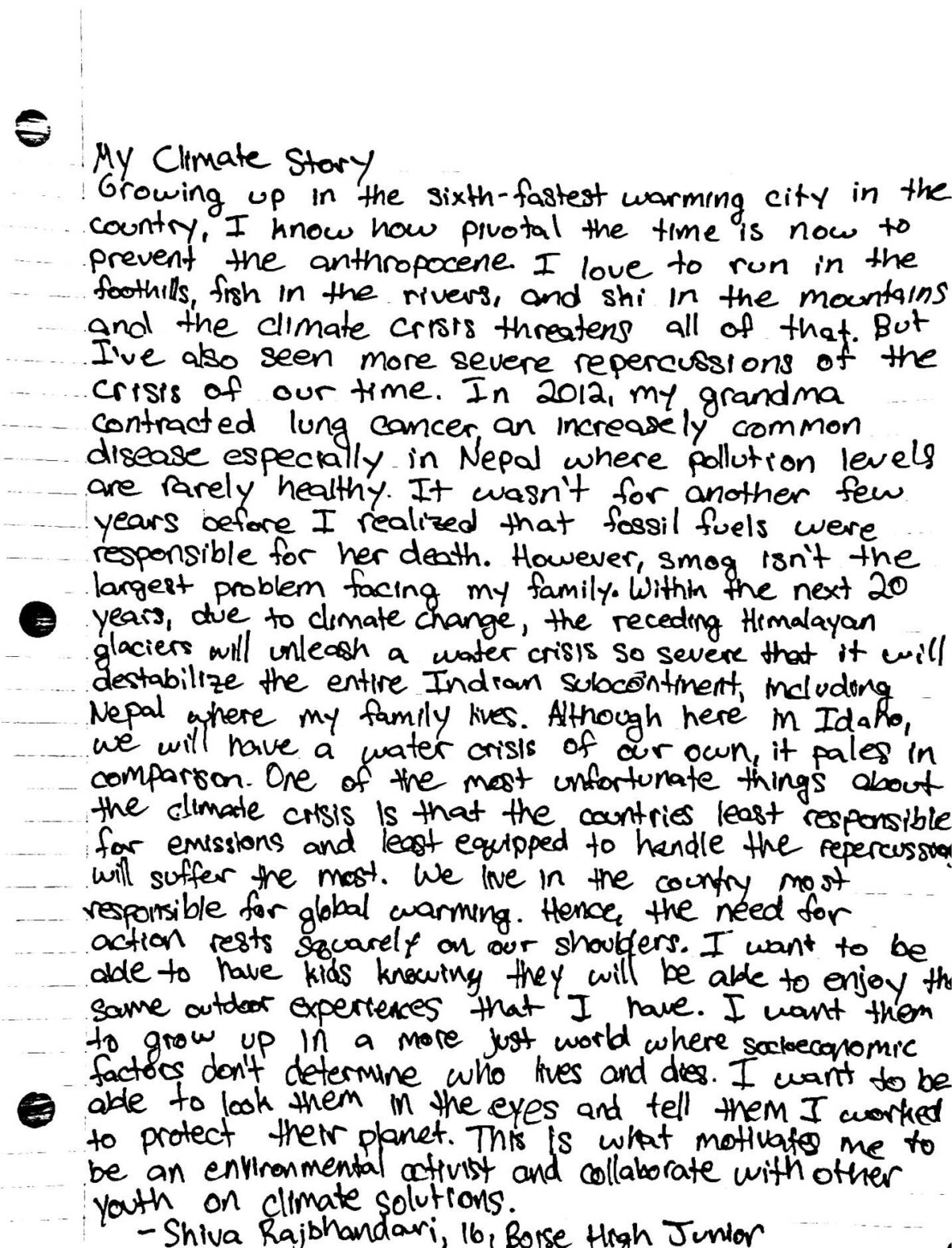 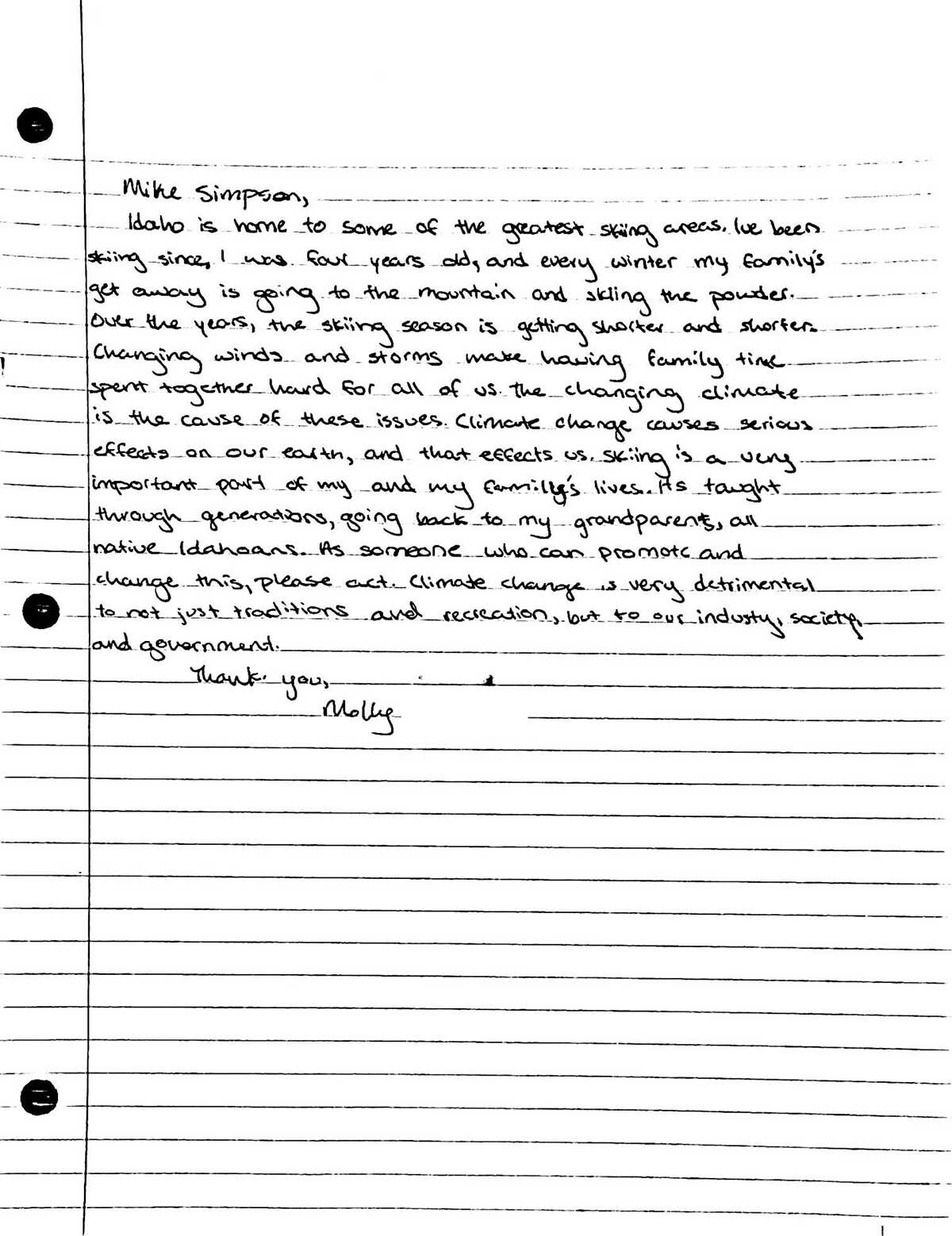 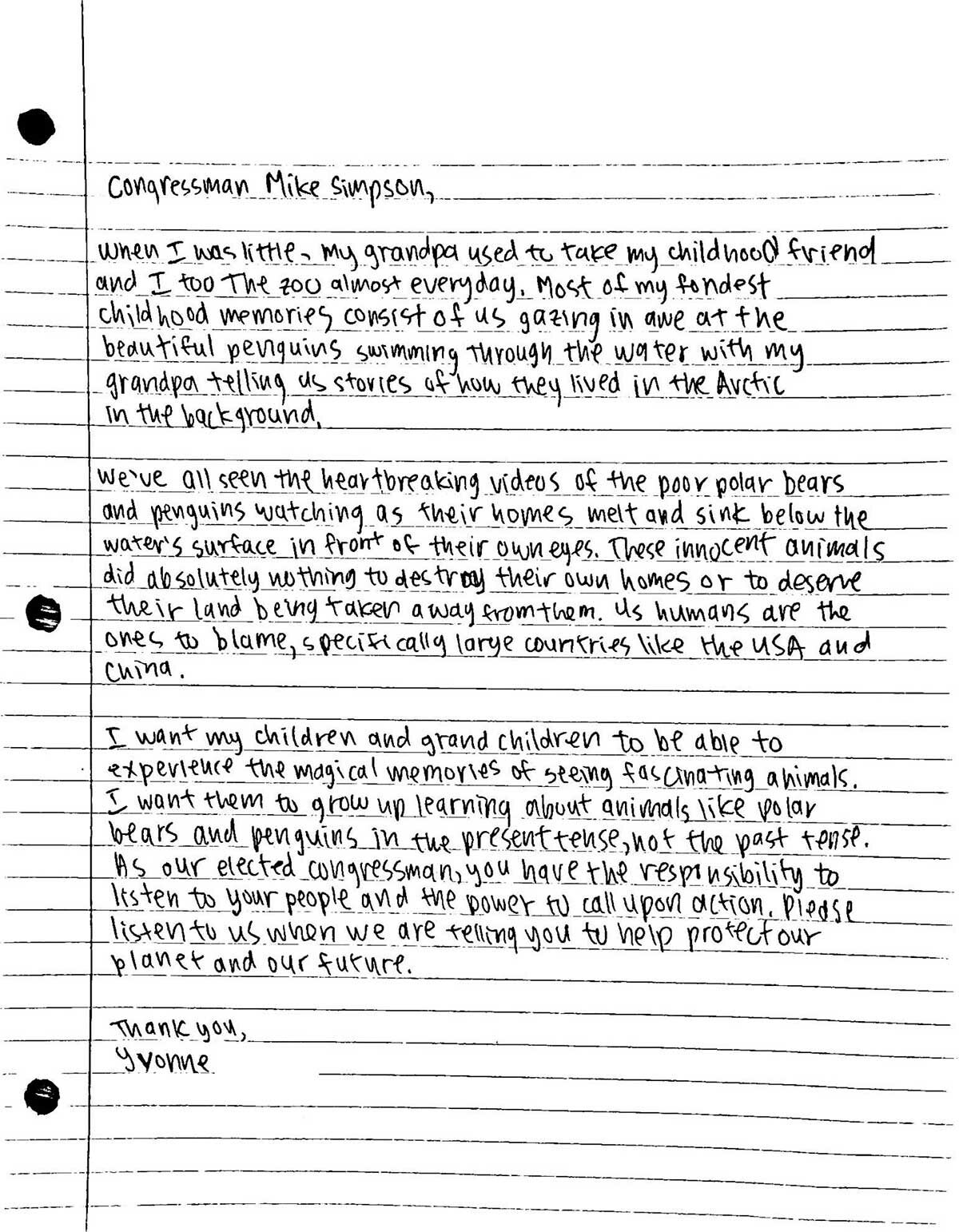 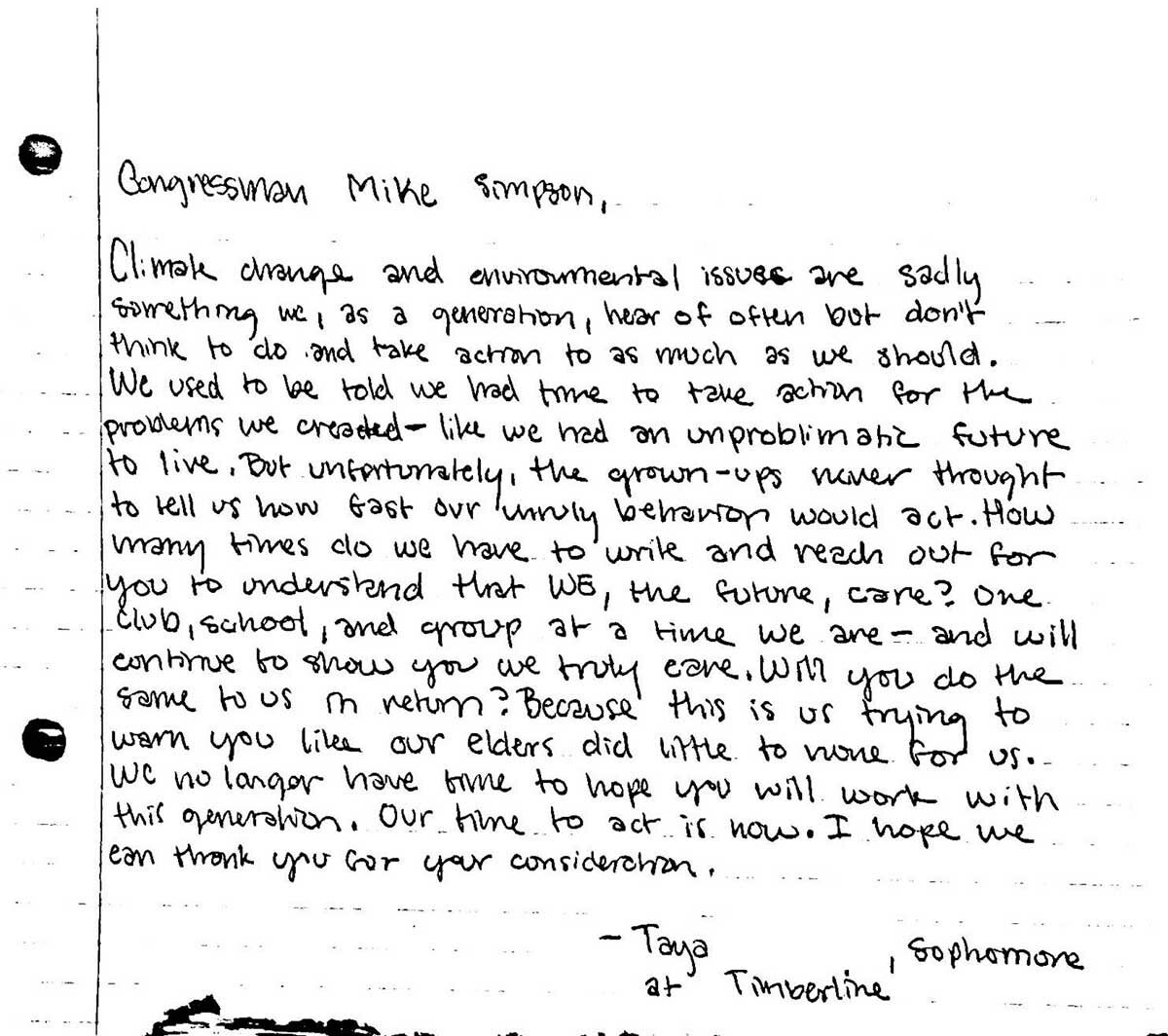 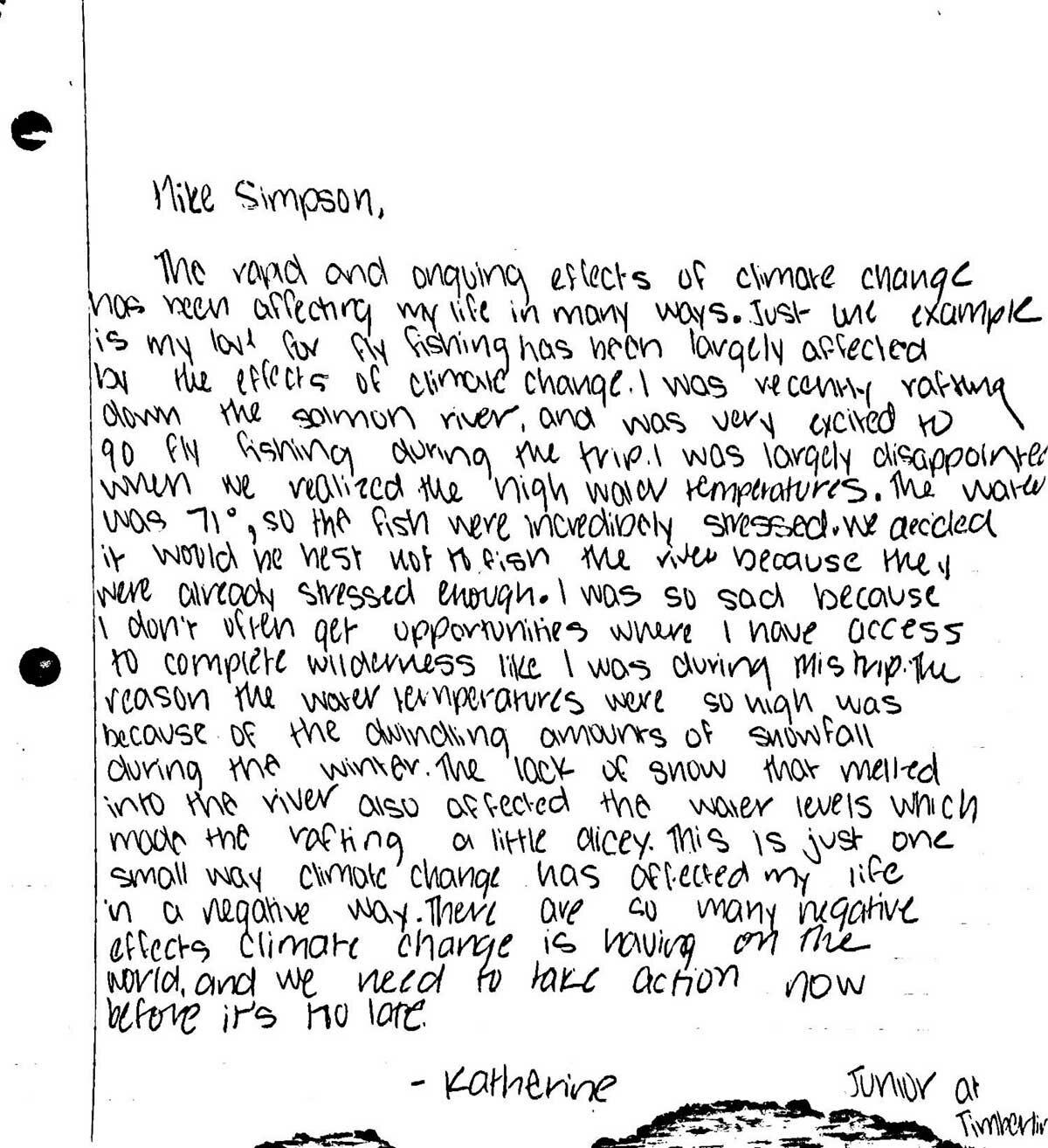 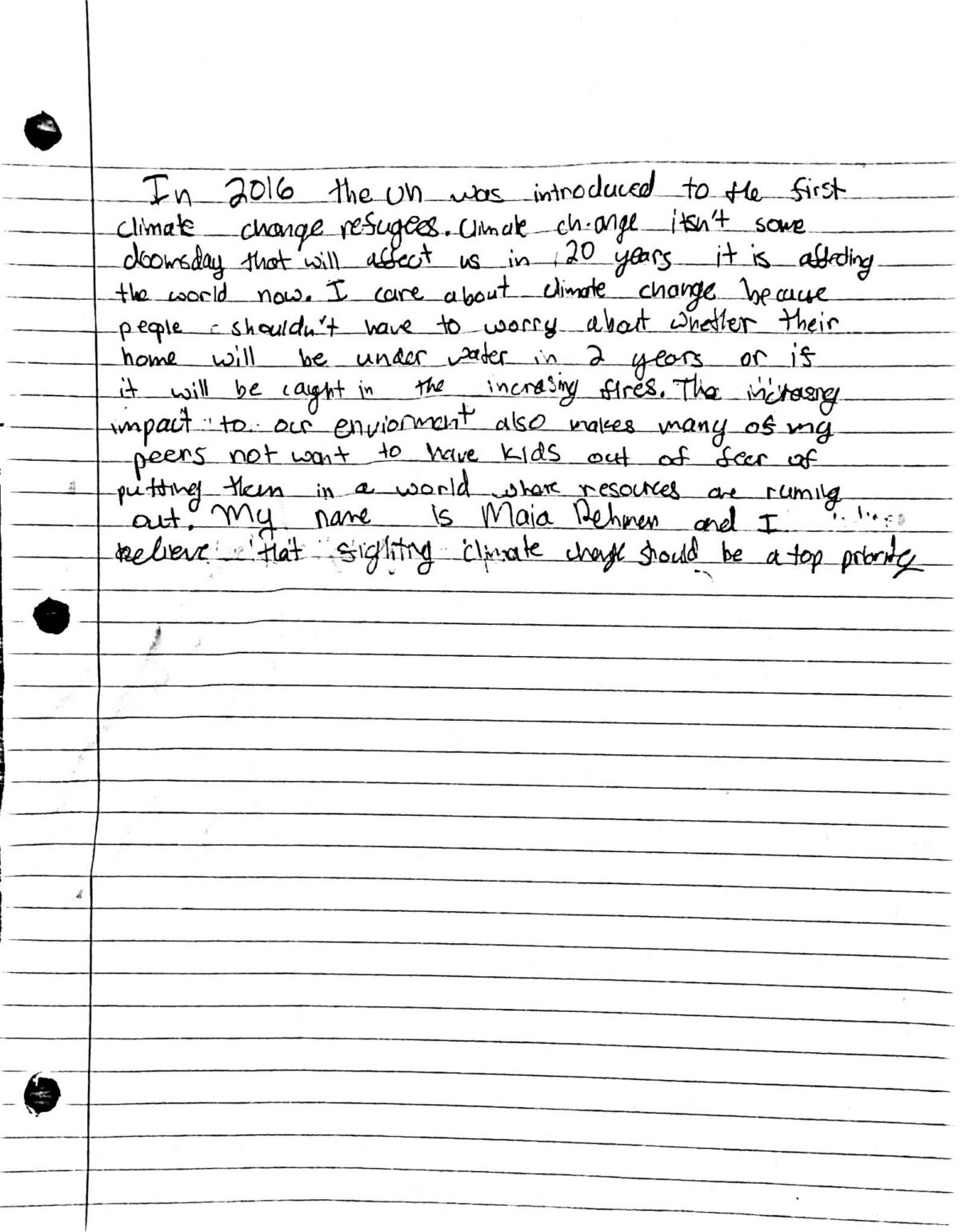 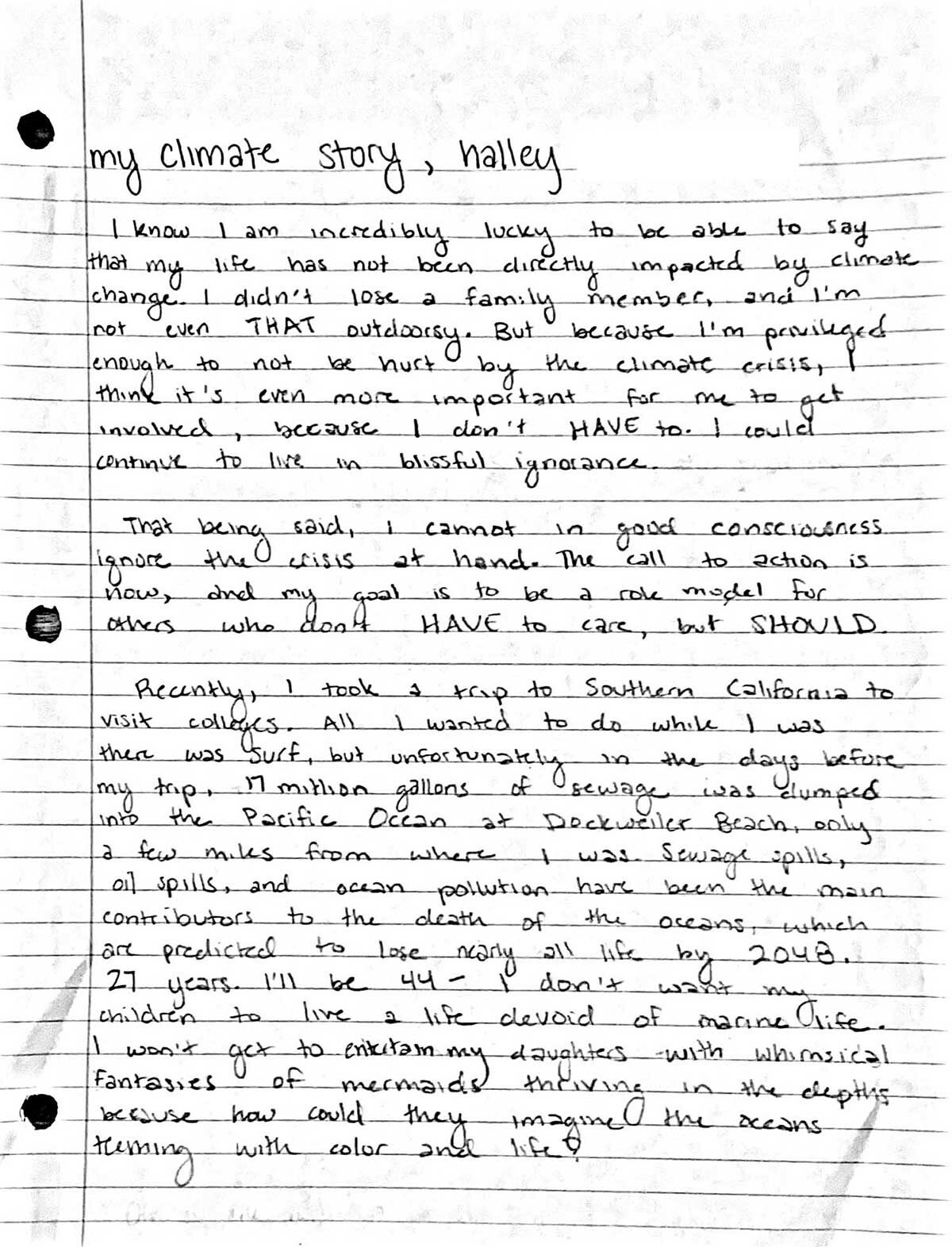 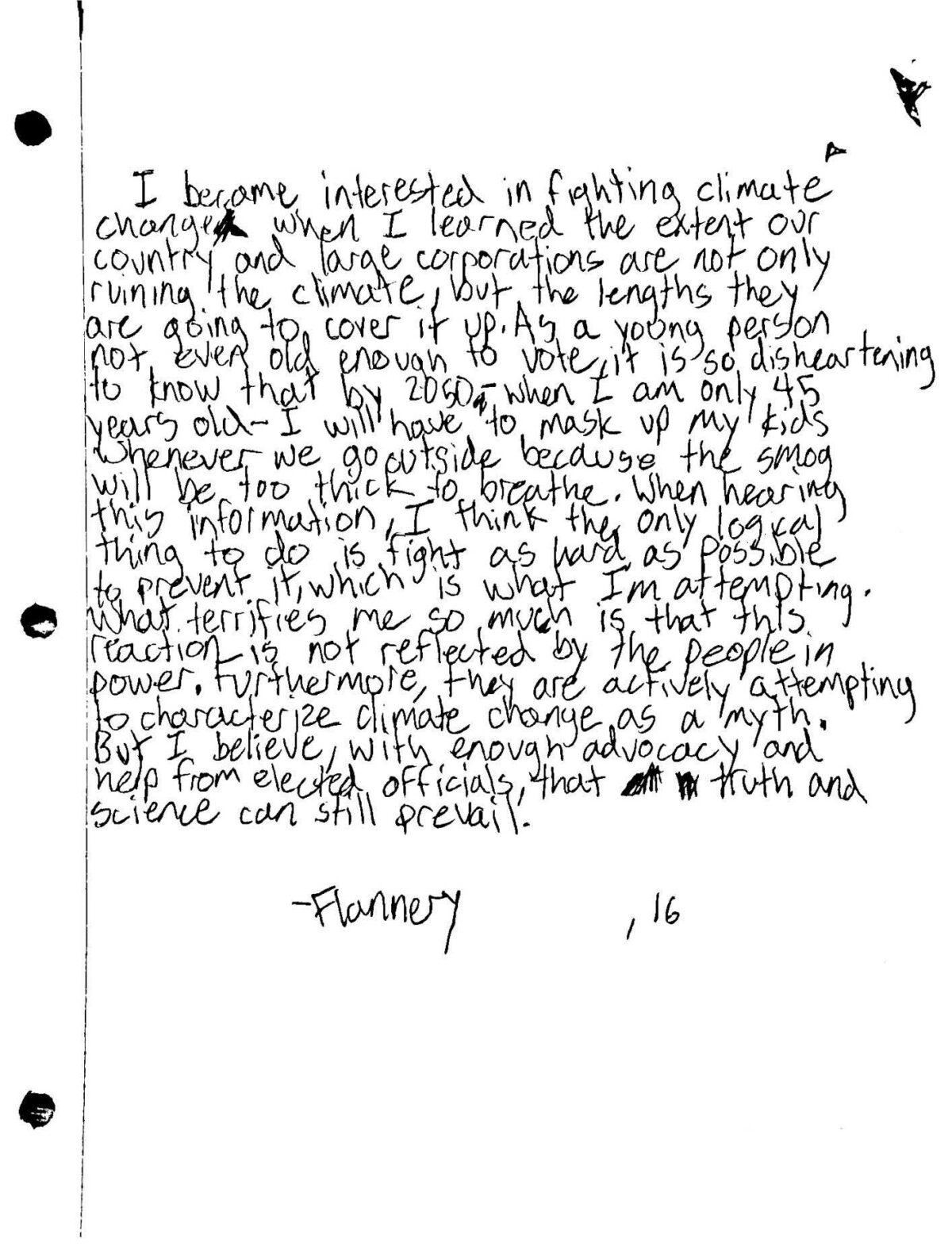 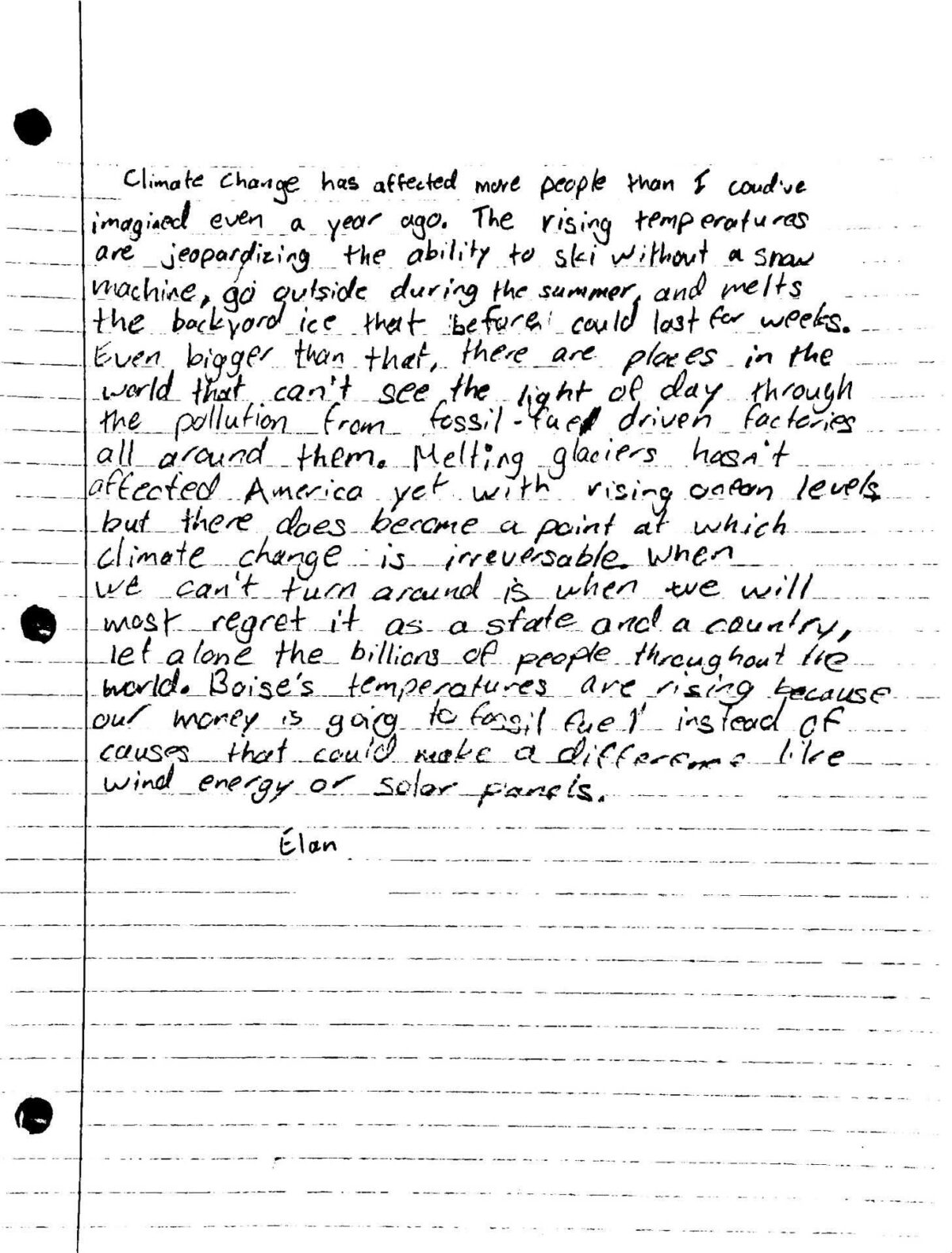 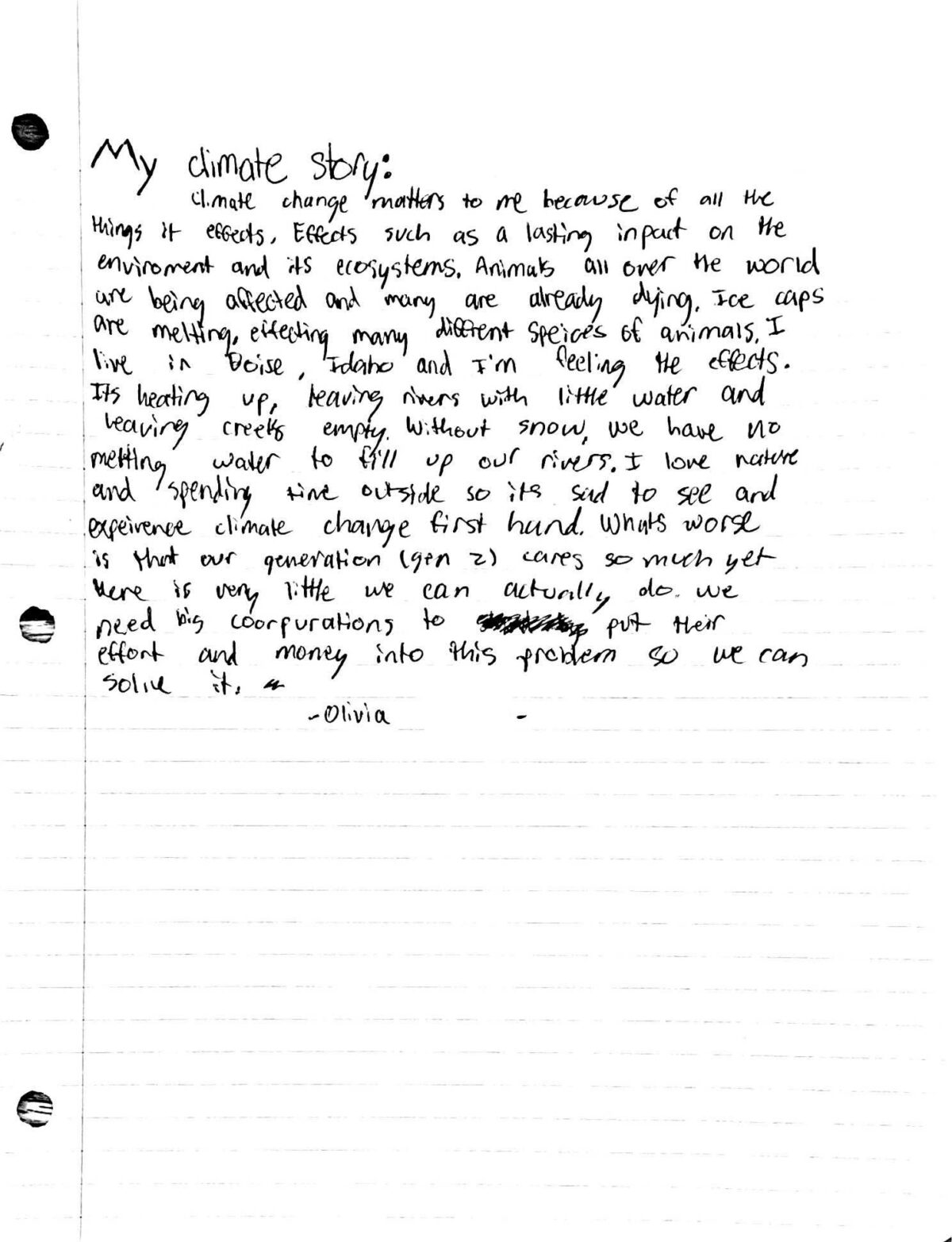 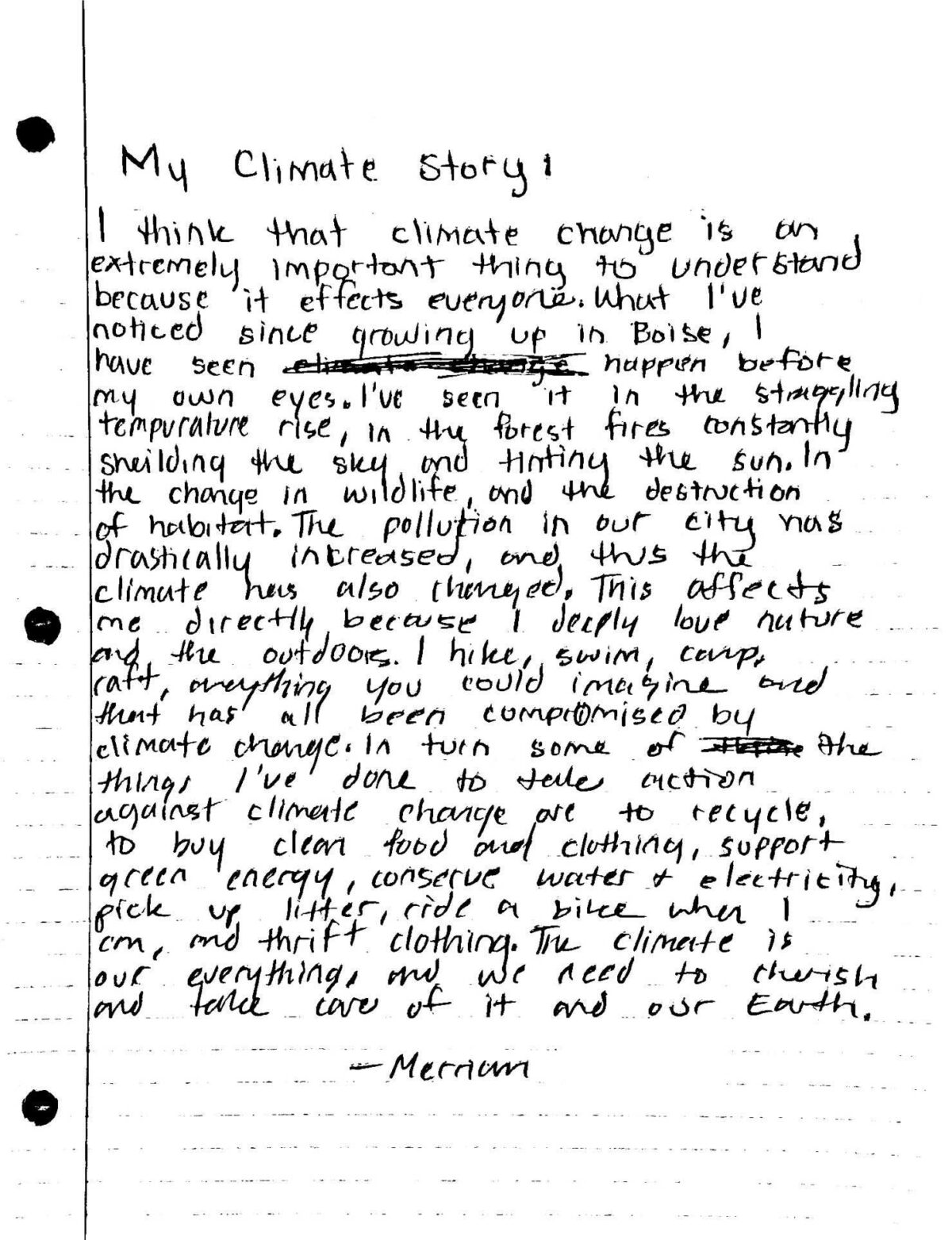 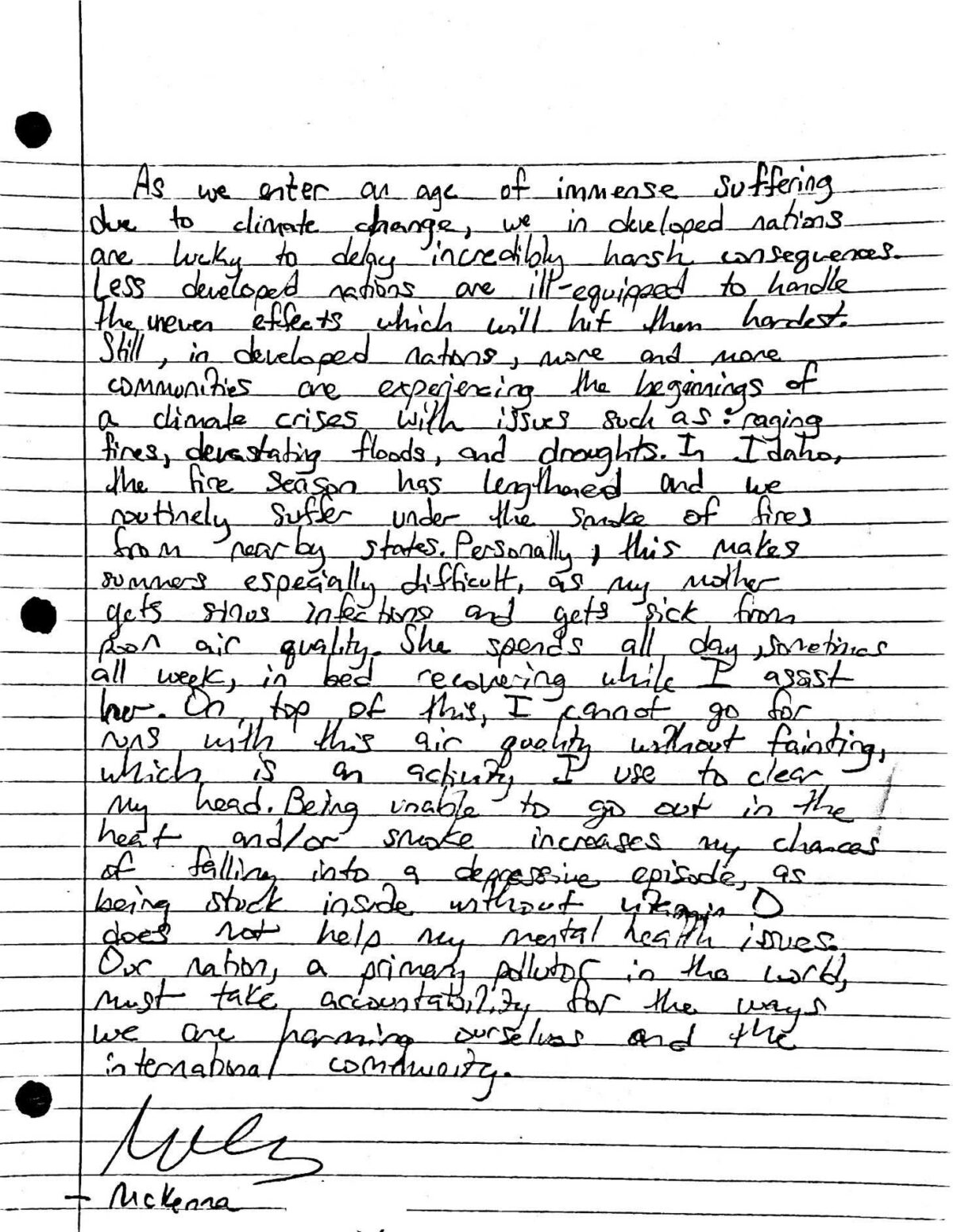 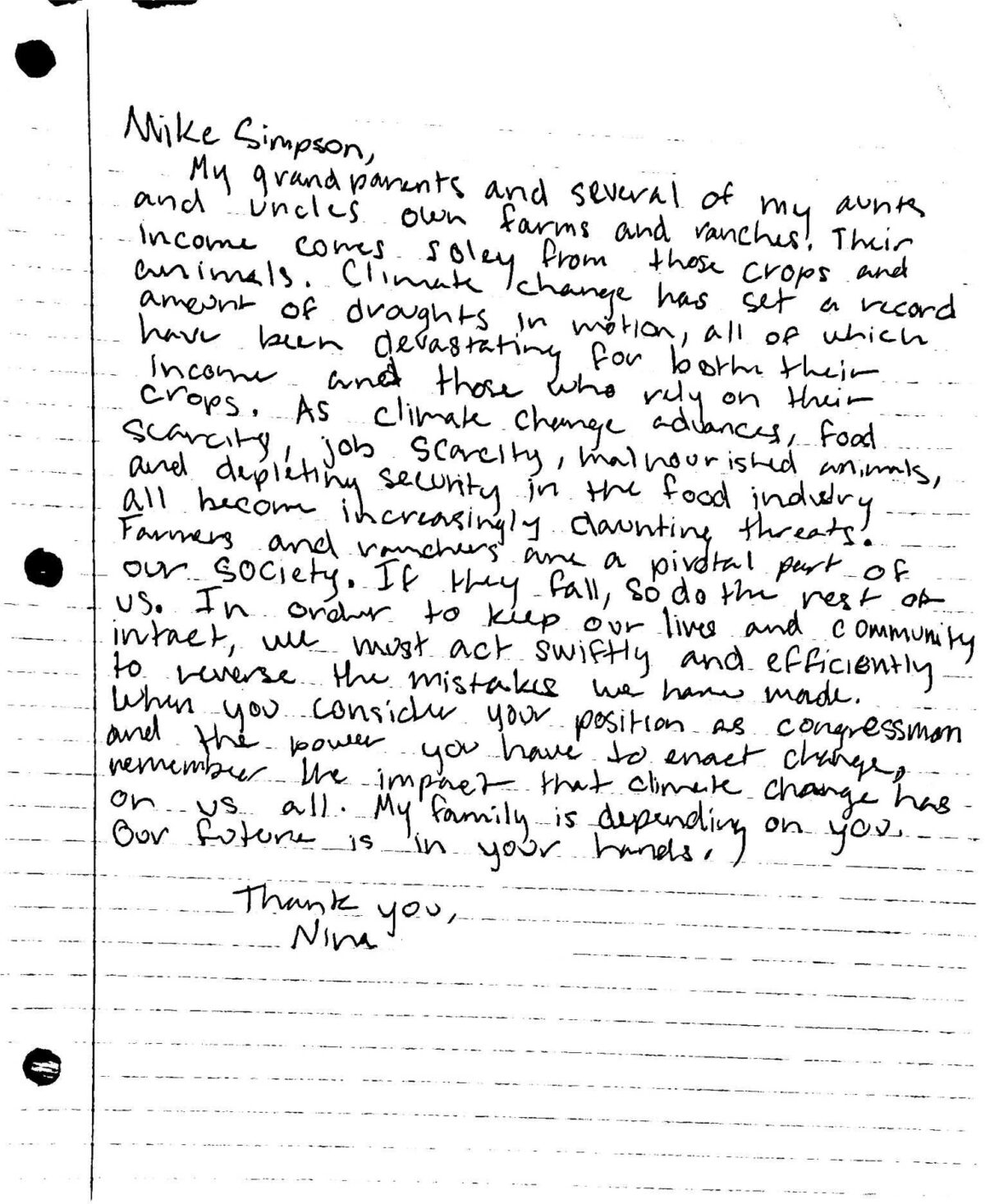 Stories are the best way to communicate and they plan on putting together their stories and more on social media. They also protested outside the Idaho Governor’s office demanding that climate/environmental studies be included in Idaho’s public schools::

Then, this last Friday, the students asked to have a Zoom meeting with me so that they could each present a power point of the project they were working on. The photo at the top of this blog shows the students and me behind them on Zoom. I was really blown away by what they are doing and where my simply agreeing to cover their class cost has led. These are smart, very impressive students and now it’s clear: They’re becoming activists!! They’re putting their concerns into action.

There was a project about why dams need to be removed on Idaho’s Snake River and the Salmon River to allow the endangered salmon to spawn. One young woman’s grandfather is a rancher and her project was about how to ranch beef in a more sustainable, animal and climate-friendly way.

Another student is creating a social media presence to make what they’re doing more widely know…and hopefully replicated. @i__CLEER is their Instagram.

One student is working to bring all art forms together with a focus on climate so if any of you have things to submit, you have their Instagram connection and, at the beginning, Shiva’s connection. They’re planning to organize a climate fair in the spring with all the art on display.

There was lots more, believe me. Great stuff. Here’s what Shiva just wrote me about his plans:

I didn’t get a chance to present the final project I completed for the UF 100 class, but I developed climate math problems. One issue with climate education is that it’s always in the science classroom. Some have developed curriculum like climate stories to bring climate change into English, but there’s nothing with math, which is something I’m rather passionate about. I put together problems for high school and college textbooks which I think could increase interdisciplinary learning as it relates to this issue.

I’m also conducting novel research on how students’ climate stories can advocate for local environmental policy in my AP Capstone Research class. I’m conducting interviews with science communications experts, campaign strategists, and students. Please let me know if you have any recommendations for people to reach out to for this project.

I am really jazzed by these young people. They give me hope.