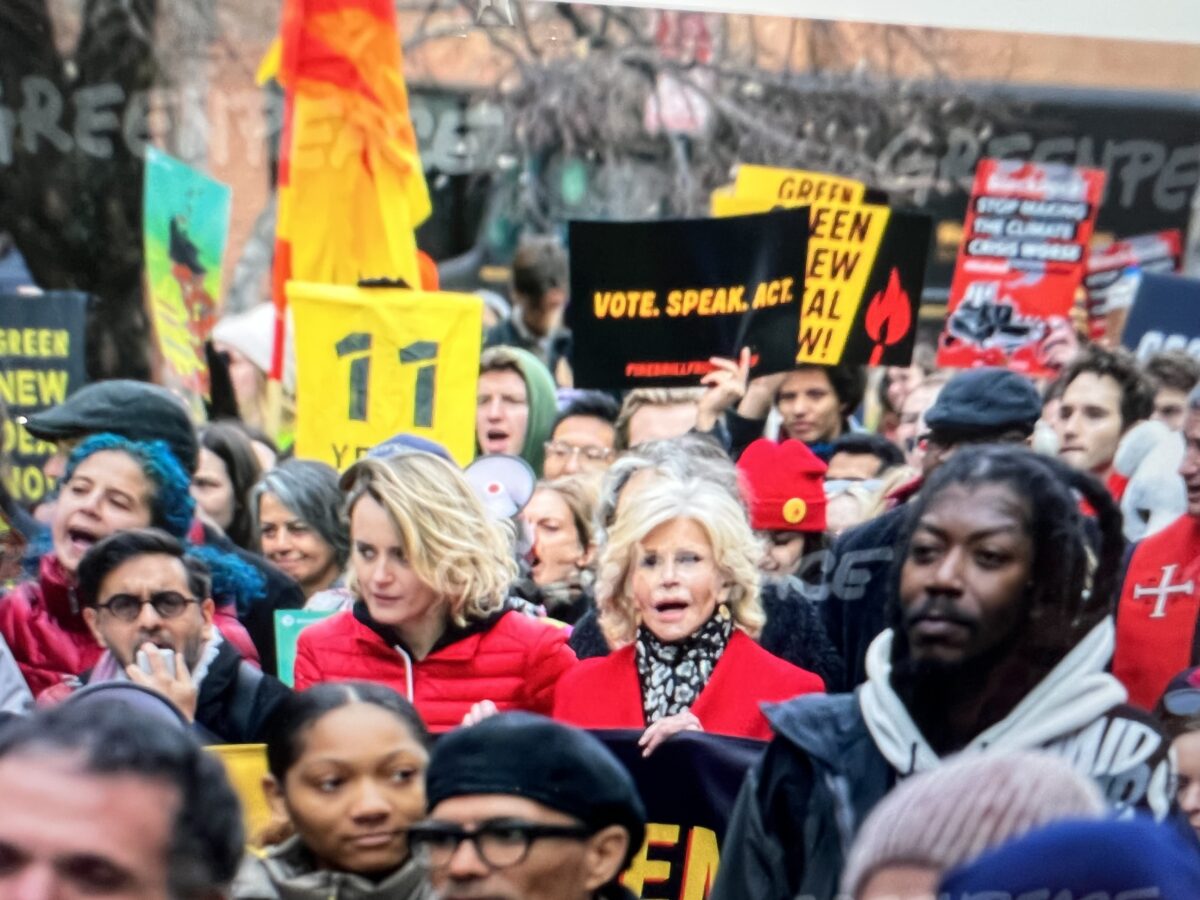 Today I am launching my new effort to stem the tide of climate change and address the outsize influence the fossil fuel industry has on our political system. It’s called the Jane Fonda Climate PAC. The PAC is laser focused on one goal: Do what it takes to defeat fossil fuels supporters and elect climate champions at all levels of government. A link to our launch video is here.

Time is running out to avoid the worst case climate impact. After decades of advocacy, public education and other 501(c)(3)-compliant organizing for climate, our attention is shifting to the political roadblock that is preventing not just bold action but even the most basic no-brainers, like ending the billions of dollars of fossil fuel subsidies we give to coal, oil and gas corporations every year. The climate movement has many strong elements but has not engaged in electoral work at scale. The crushing defeat of the Build Back Better bill, after months and months of advocacy and massive public support, made it clear that we need more elected leaders working for people on the planet, instead of fossil fuel interests. You know the saying: “if you can’t change the people, change the people.”

Over the last months, I’ve been working closely with my allies in the climate movement and have brought in additional help on the electoral front to launch this effort. We only have eight more years to meet science-based climate targets to avoid worst case climate scenarios, but that also means only 4 more election cycles.

I don’t say this lightly, but I feel this is likely to be the most important thing I do in my life. The climate crisis poses unprecedented threats to our communities, our environment, our economy, and our security. It’s not too late to change course. But it won’t happen as long as oil, gas, and coal companies maintain their stranglehold on American politics.

Today, I unveiled a new website with more information on how to get involved and donate to this effort.

I hope you’ll join me.
With Love, Jane