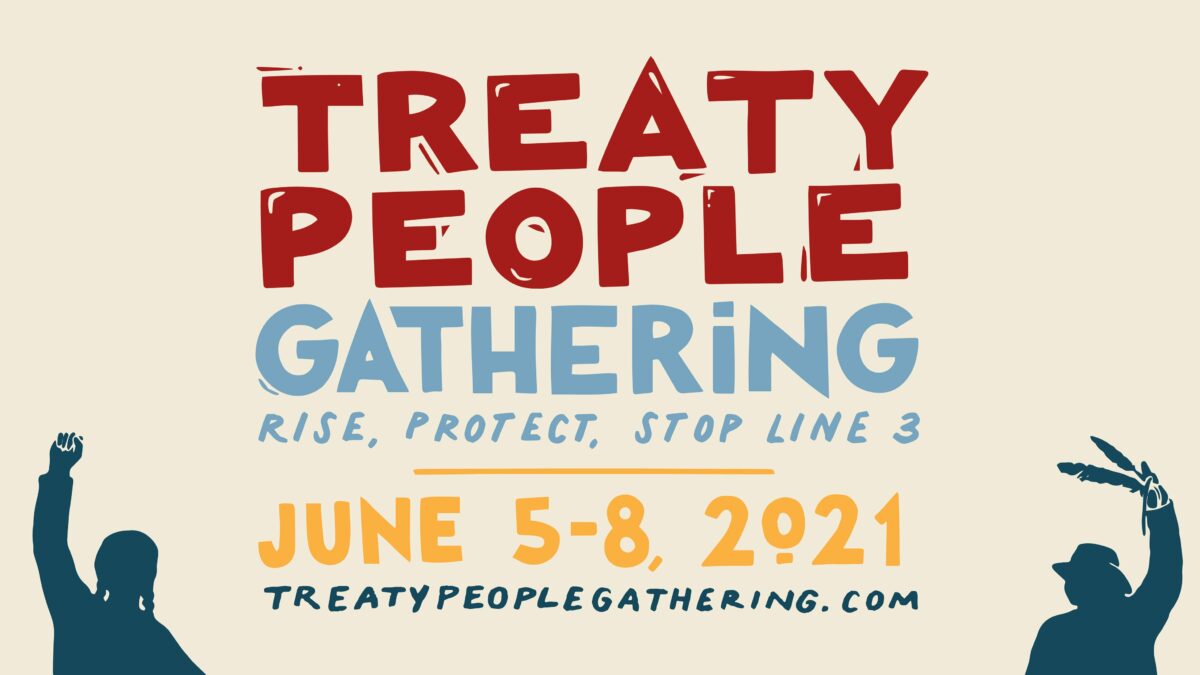 On March 23, I posted about the Enbridge Line 3 that I had visited. Now, again, I want to call people’s attention to this travesty because we must stop it.

Line 3 is a proposed pipeline expansion that will bring nearly a million barrels of toxic tar sands oil per day through untouched wetlands and the treaty territory of Anishinaabe peoples, through the Mississippi River headwaters to the shore of Lake Superior. The pipeline is a climate bomb — with a carbon impact equal to 50 new coal plants.  All pipelines spill, so it is also a pending disaster to the drinking water of 18 Million people who depend on the Mississippi River.  And it brings tremendous risk to Anishinaabe women in Northern Minnesota—a population most likely to be victims of sexual assault— as two pipeline contractors have already been charged in sex trafficking.

For years, Indigenous women have been leading the fight to stop Line 3. As tensions have risen and construction has begun, I visited Line 3, Mark Ruffalo went on social media to get word out and Bonnie Raitt recorded a song to amplify the fight and to support the frontline water protectors.

In early June, thousands will join them to lay their bodies on the line at the Mississippi River and call on the President to stop construction. We need your help to get them there and to ensure that people across the nation and the world see what is happening.

Over the next few weeks we are seeking:

1)  Public and private calls on President Biden to Stop Line 3, by revoking the faulty Trump Pipeline permit for Line 3.

Amplifying social media such as this:

For those with direct access to the Biden administration we are asking for private notes or calls.  We can provide any supporting materials/arguments as needed.  (Line 3 Talking Points)

2) Amplification of the call to gather.

Frontline indigenous leaders in Minnesota are calling on allies to join them on the banks of the Mississippi River to StopLine 3 from June 5-8 at a Treaty People Gathering.  All are welcome, we are all treaty people, and folks will be coming from across the country.

We are looking for influencers to lift up this call by amplifying social media calls to gather.   A full social media kit is here.

3) Celebrities who are willing to join us in Northern Minnesota the first week of June.

We realize this is a big ask!  But it was prominent folks who visited Standing Rock in 2016 who lifted the fight of Indigenous water-protectors into the national consciousness.  The situation in Minnesota is building to a similar crisis point. My visit to Northern Minnesota in March was a major breakthrough for the movement to StopLine 3.  Now that many more people are vaccinated we are working to build the momentum necessary to stop the pipeline in June.