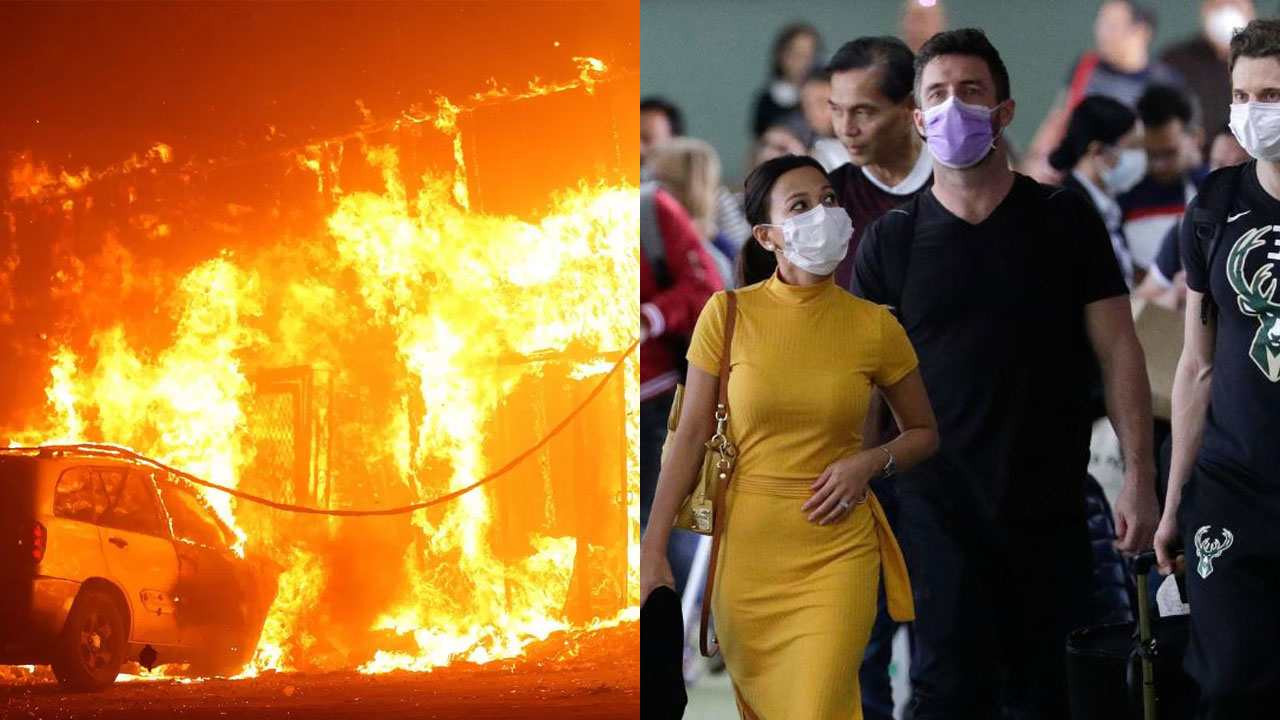 I’ve lived a long time, but this is new and hard to believe. Yesterday, production on “Grace & Frankie” was cancelled till things change. There are people on the crew and staff who won’t be getting a check indefinitely, whose children will be home because their schools have shuttered. So many in the country who live pay check to pay check. I hope the bill being proposed by Nancy Pelosi and the House of Reps that provides Paid Sick Leave to families (just about all other Western countries have that but not the U.S.) and other assistance to those who need it will pass. I fear T will veto. Stores have run out of many things. In the closest grocery stores to where I live, there is no more poultry, people are wrangling 3 shopping carts full of stuff, shoring up for…what? Supplies will run out? They won’t want to go outside at all so have to get what they need all at once? How long before those not-working crew members and so many other workers who’ve been sent home won’t be able to buy food? What if they get sick but no longer have insurance? Or their doctors and hospitals are overwhelmed?

In what ways will T take advantage of this pandemic to favor himself and his buddies. Today’s press conference looks like this will be a big in for big corporations. The only upside to all this may be that people who have supported him will see what happens when a leader and his administration dismantle large chunks of the federal government and then run into a crisis that only a robust, well managed and properly staffed federal government can manage. Oops. The Emperor has no clothes and no fig leaf to disguise this blatant reality.

Once again, it is state and local bureaucracies left trying to piece things together to stave off the worst.

Okay, so what if a major hurricane or other extreme weather event hits while we’re facing this health crisis? Hasn’t happened yet but it will. And there will be other epidemics or pandemics since diseases that were once confined to other parts of the world come here due to warming weather. We don’t have the infrastructure in this country to manage multiple emergencies at once.

It’s good that people are girding themselves now against the corona virus. I hope we all realize what lack of federal preparedness has meant and will mean for us going forward. What it means that this administration dismantled the government apparatus that was put together carefully and with scientific input over several years by the Obama administration to deal with just this sort of pandemic. A multi-department-multi-disciplinary apparatus that can’t be quickly reassembled.

Let us use this as a teachable moment and not make the same mistake with the growing climate crisis. The next administration (and there better be a next administration or we’re looking an even broader, long-term catastrophe) must immediately recreate the Obama apparatus to deal with pandemics and, simultaneously, a Green New Deal and other mechanisms to address the drastic climate situation.

Not enough people make the connection between the health crisis and the climate crisis. They don’t link the climate crisis to the new strains of diseases, the increase of respiratory diseases, cancer, and other illnesses that strain healthcare systems worldwide, including here in the United States. Global warming expands the geographic range of mosquitoes and ticks and rodents, and other carriers of diseases, bringing dengue, encephalitis, yellow fever, SARS and zika to places where they were unknown before. Flooding causes upsurges of rodent-borne illnesses, contaminating food and water, an impact on human health that continues long after the waters have receded, leaving in their wake mental health problems, such as post-traumatic stress disorders, and depression. Just ask women in West Virginia whose towns have been flooded, people in Puerto Rico, the Bahamas, the farmers going bankrupt in the Mid-West due to climate change, where suicide is on the rise.

Air pollution, intensified by global warming, has led to two million deaths worldwide from lung cancer, heart disease, asthma, and allergies. The World Health Organization estimates that every day 93% of the world’s children under the age of 15 breathe air so polluted that it puts their health and development at risk. The healthcare systems in this country, and around the world, aren’t equipped to handle the already-upon-us corona virus, much less what’s coming.

So, what to do while we bunker down in the face of this new virus? I have a book coming out in August, “What Can I Do?: My Path from Climate Despair to Action” that will answer that question. Meantime, my next blogs will offer some ideas about what you can do right now, from your home, to make a difference.

Share This Post
Previous ArticleSECOND FIRE DRILL FRIDAY IN CALIFORNIANext ArticleWHAT CAN I DO ABOUT THE CLIMATE CRISIS AT HOME WITH UNEXPECTED FREE TIME?
19 Comments