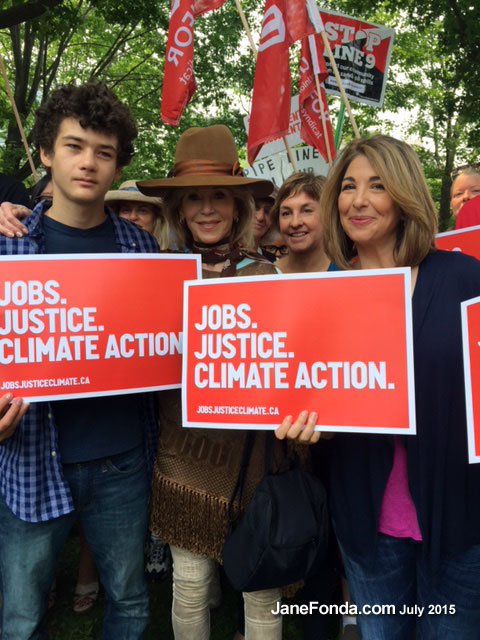 I spent this weekend– July 4th and 5th –in Toronto with my grandson, Malcolm, helping to build awareness and support for a big ‘Jobs, Justice, and Climate Action.’ rally and march. 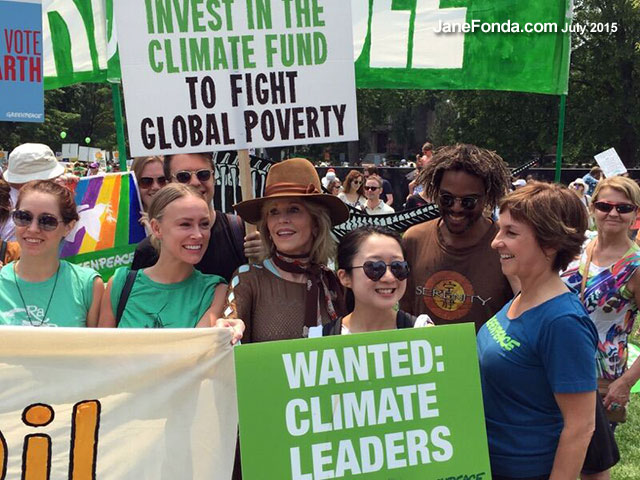 It was an important occasion because it brought together an historic coalition of labor unions, First Nations Peoples, workers and students. Plus, it was in advance of the economic Pan American Climate Summit also taking place in Toronto. where politicians, policymakers and economists from across the Americas will hear from corporate leaders gathering to advance an economic austerity agenda that is increasing inequality and causing a climate crisis being felt particularly in the global south. 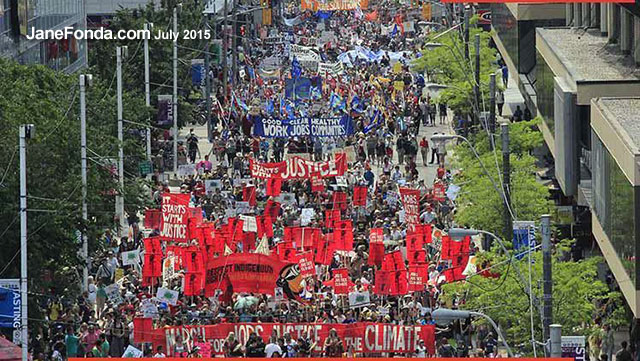 The 10,000 people assembled for the march wanted to be sure that the people at the Climate Summit heard another message—the people’s message: moving away from a fossil fuel economy to a renewable energy economy will be good for the economy, will create more jobs and be more democratic.

The fact that there were leaders of unions representing 100s of 1000s of oil and gas workers was particularly striking. They know that renewables are the future; that turning away from fossil fuel will not harm the economy but just the opposite, and that the new jobs will be safe, healthy and sustainable. 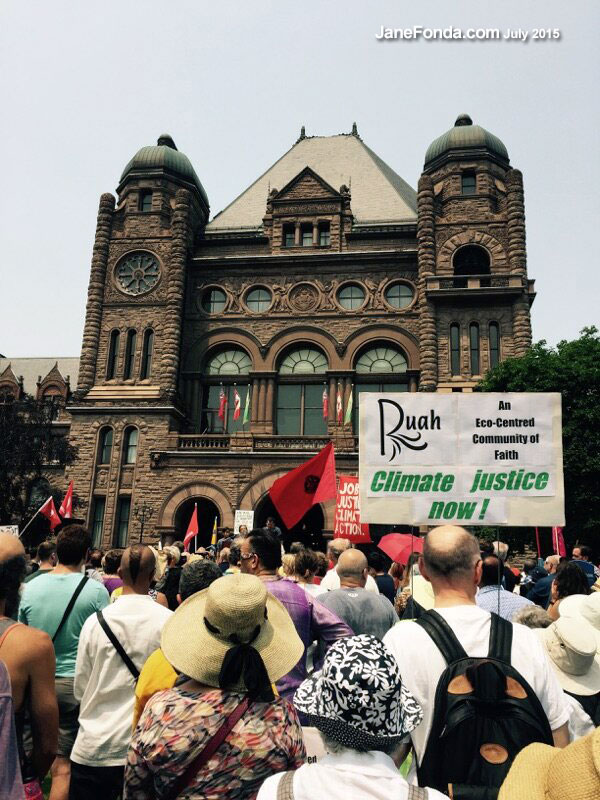 Standing next to these labor leaders were First Nations leaders who movingly spoke of how quiet and beautiful their communities once were but now water, air and land pollution from fracking and tar sands drilling is making their people sick and how the animals they hunt are now filled with tumors.

I spent most of Saturday with Joanna Kerr (the Executive Director of Greenpeace Canada) and Melina Laboucan-Massimo, a Greenpeace climate campaigner and a First Nations activist, a Cree woman whose land is situated in the Tar Sands, and has been devastated by the illnesses caused by the the energy industry there. Her brave work on behalf of her community is noteworthy. 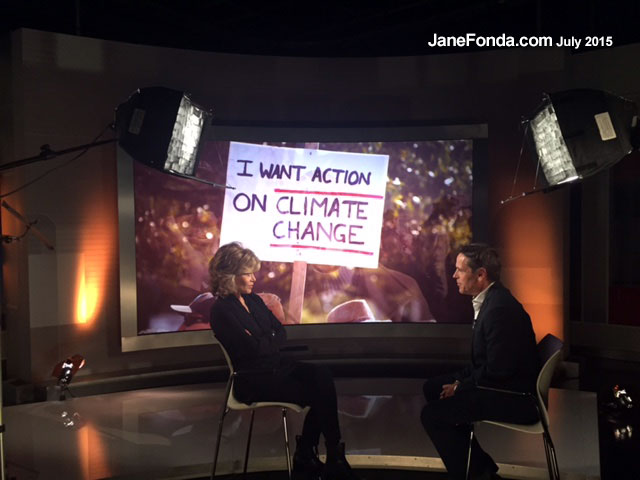 I did a day of interviews promoting the rally and talking about climate change, including a sit down interview with Mark Kelley of the CBC. 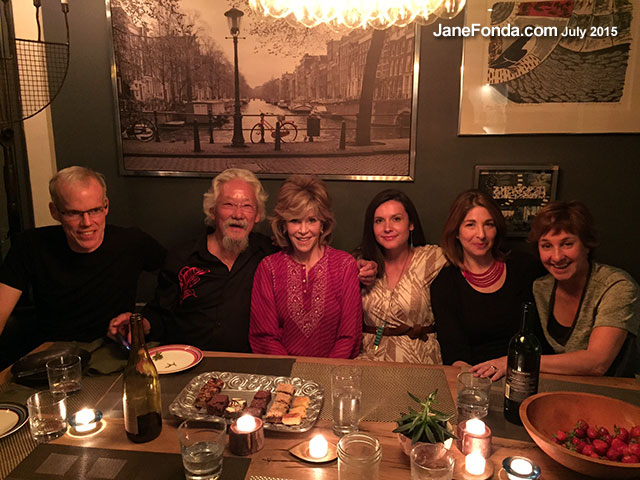 Joanna Kerr had a dinner Saturday night. This was a special, thrilling evening for me– some of the great environmental voices or our time at this table: (left to right) Bill McKibbon (author and co-founder of 350.org), Dr David Suzuki (reknown scientist, author & climate activist), me, Melina Louboucan-Massimo (First Nations climate activist), author-activist Naomi Klein whose book “This Changes Everything” has changed me deeply, and our host Joanna Kerr. Naomi had just returned from speaking in Rome — at the Vatican — at a gathering of Bishops, Cardinals and other dignitaries on the monumental significance of Pope Francis’s revolutionary (just published) encyclical on Climate Change, encouraging the world to consider climate action a moral imperative. 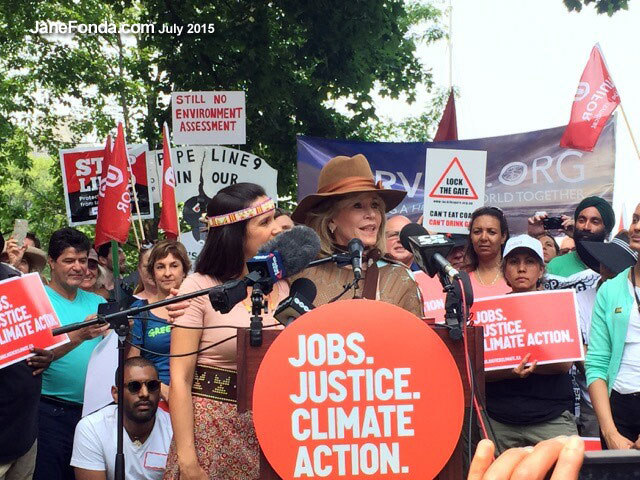 Before the march began there was a crowded press conference. I spoke briefly at the end, next to Melina, in support of the messages that were articulated by First Nations people, unions, hospital and nursing homes workers, and other climate activists. Malcolm’s job was to take the pictures for the blog. 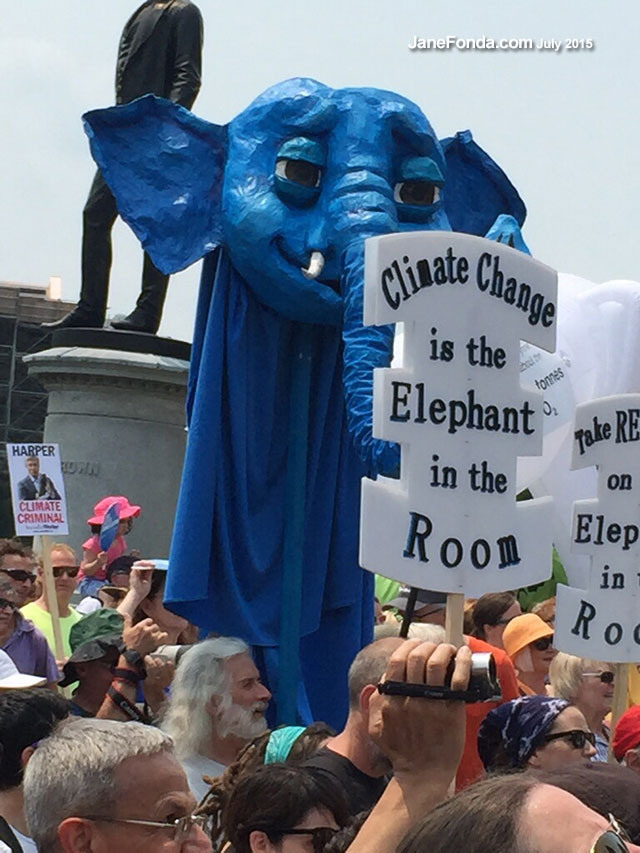 Protesters stood alongside a number of ‘elephants. ‘ They were there because climate change is often the ‘elephant in the room’ —in many corporate boardrooms. 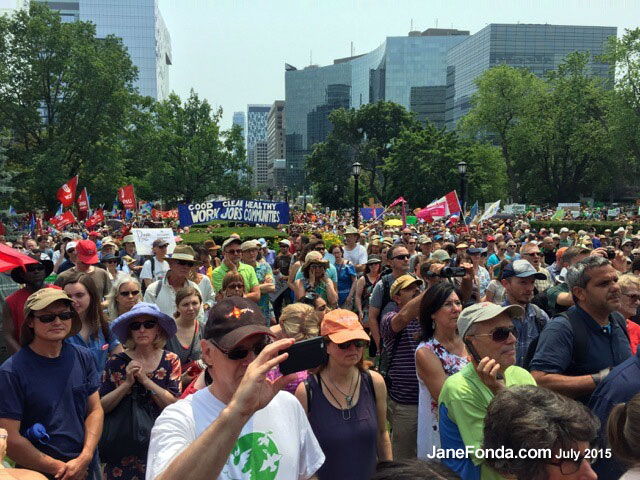 At the start of the march, an Indigenous leader performed a smudging ceremony, calling on her ancestors to join the spirit of the marchers.

I had to leave before the end to fly home where I will soon begin shooting Season II of Grace & Frankie.