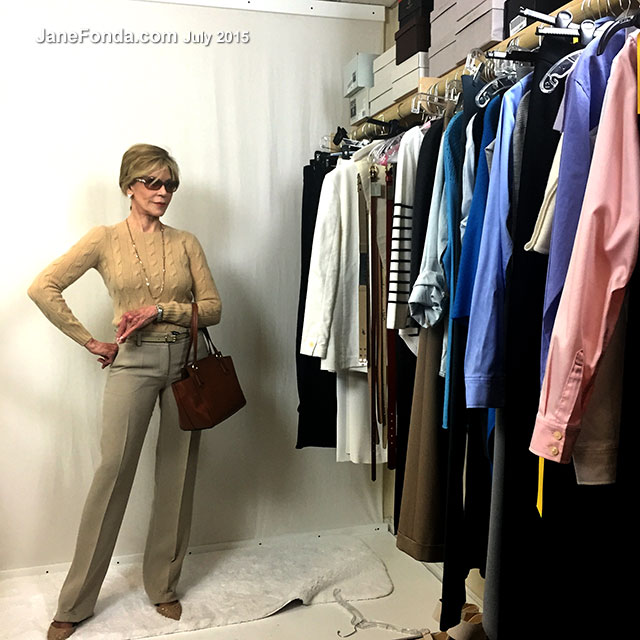 I feel much better going into this new season than I did last year and I’m very grateful that we got another go at it.

Last year I was new to episodic television (I say television even though Netflix is streaming, not TV– but still, the shooting of it is more or less the same). I’d been a guest star on “The Newsroom,” yes, but that’s very different than going to work every day, being in almost every scene, with little or no rehearsals, different directors for almost every episode and having very little input- I was on a steep learning curve and didn’t feel I was in a position to give input.

When we finished Season One last winter, I went into therapy for awhile to deal with the issues that had come up for me over the 41/2 months of shooting– and I got an acting coach- first time in 50 years!

I’ve been very touched by all the positive feedback we’ve gotten on this first season. So many people say they love the show. Some tell me they’ve already watched the first season all the way through 2 or 3 times and hated to see it end. It has quite stunned me –the depth and breadth of it– from all corners of the world, men as well as women and from a far more diverse age group than I ever would have anticipated. Maybe part of this is that it’s basically a hopeful show. We need hope.

Still, I wanted to be better, go deeper so that I’d enjoy the process more. And It worked! At least I feel very different now than I felt then. I’m loving Greta Seacat, my acting coach, and the work we do together which includes Jungian-type dream work–something I’ve never done before.

I’m frankly proud of myself that even at my advanced age I didn’t want to settle, rest on my laurels, as they say. It’s never too late to get better! In a way, that’s the message of the show.

It will be so great to see everyone again– the crew, the writers. Almost all the same people I’m told. 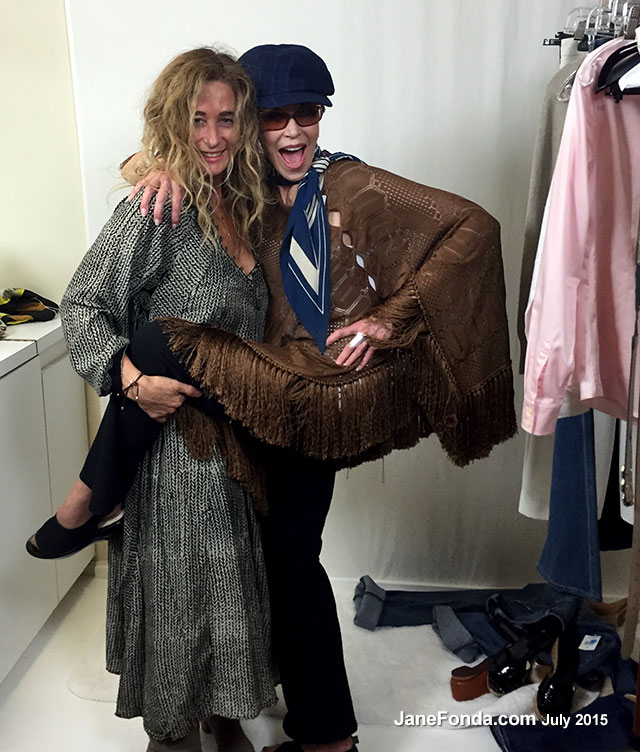 I’ve had 2 wardrobe fittings with our designer, Allyson Fanger. Allyson is the shows Costume Designer, in charge of the costumes for the entire cast, she along with Assistant costume Designer Lauren Morelli, Costume Supervisor Lori DeLapp, Key Costumer Zelda Lambrecht, and Tailor Auncha Pucksanontachai , keep all of us looking our best. 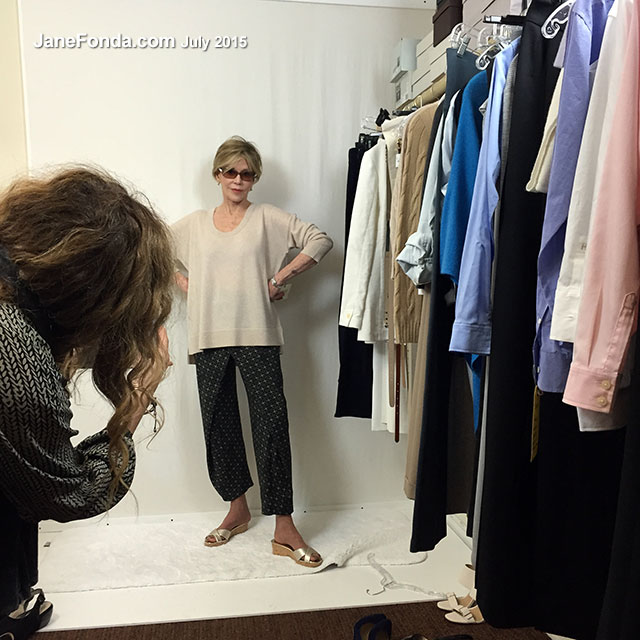 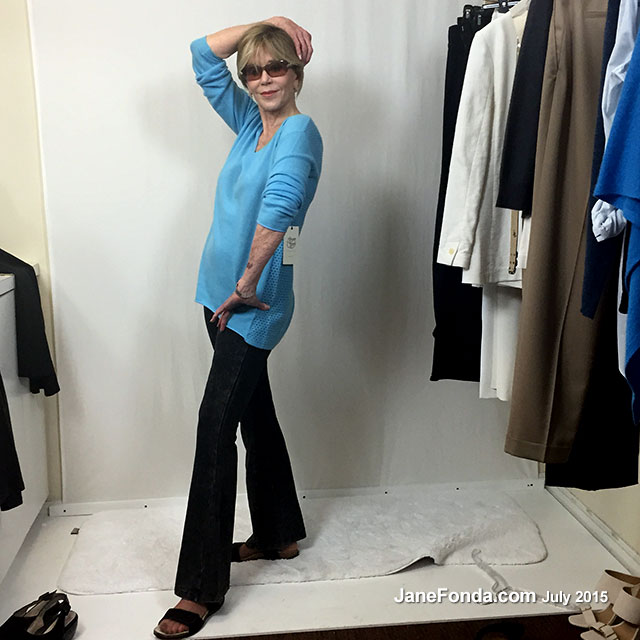 It’s so much fun trying on everything and sensing right away what is Grace and what isn’t. They’re not super rich (though the beach house may look that way, but the 2 families bought it together decades ago when prices in La Jolla –NOT Malibu– were way lower). 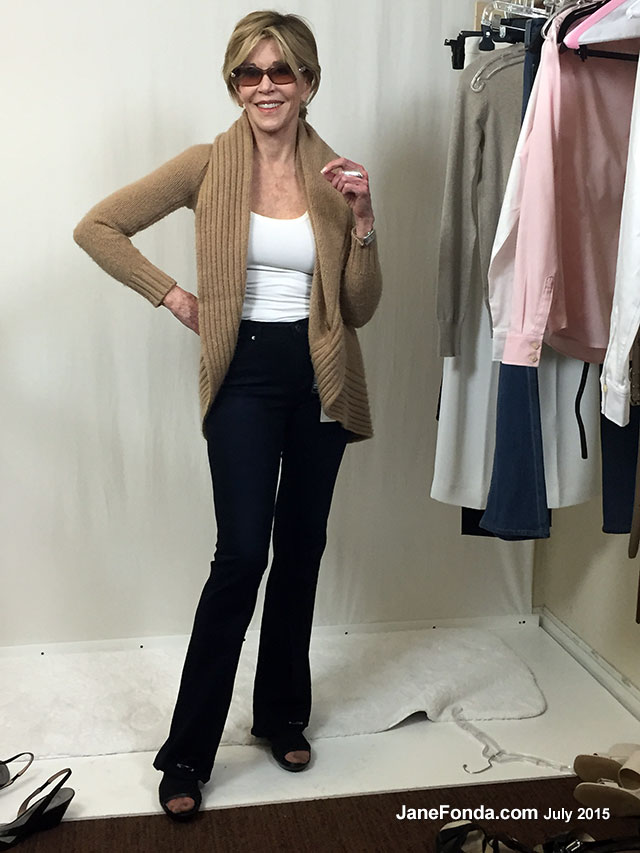 Grace doesn’t buy a lot of new clothes but she has good taste, keeps stuff and mixes and matches. You’ll notice here the return of Graces favorite sweater. I’m getting a lot of questions about where certain outfits came from. A lot of queries about Frankie’s jewelry, too.

Fortunately, this season we’re getting 6 days to shoot each episode — one day more than last year which means we won’t have to work such long hours. And we’ll get a few hiatus…whew! (What’s the plural of hiatus?) And I’m sure this will be great for the writers as well. A little more breathing room. I hadn’t realized what a hard job they have!

My 16-year-old grandson, Malcolm, is staying with me for close to a month. I couldn’t be more thrilled! He’s going to intern with a top architectural firm while he’s here. But I hope he’ll get a chance to visit me on the set. We saw “Mad Max” together yesterday afternoon and loved it. One of the most intense, relentless movies I’ve ever seen. Charlize Theron was amazing. I love that the “sex slaves” revolted and were brave and good. Now I want to convince him to see “Inside Out, “Dope”, “Me, Earl and the Dying Girl.” We’re going to watch the Netflix Documentary about Nina Simone tonight. And of course “BALLERS” on HBO–my son Troy Garity is in it.

Last night my ex, Tom Hayden and his family, joined us to see the award winning (Sundance) documentary, “Wolfpack” about a group of 6 brothers who grew up in lower Manhattan and are never allowed to leave their apartment. Very strange and interesting. They grew up watching TV and copied every word of their favorite films– Tarantino, Scorsese, Coppola–created scripts and costumes out of cereal boxes and yoga mats and reenacted entire films. Fascinating.

That’s it for now.