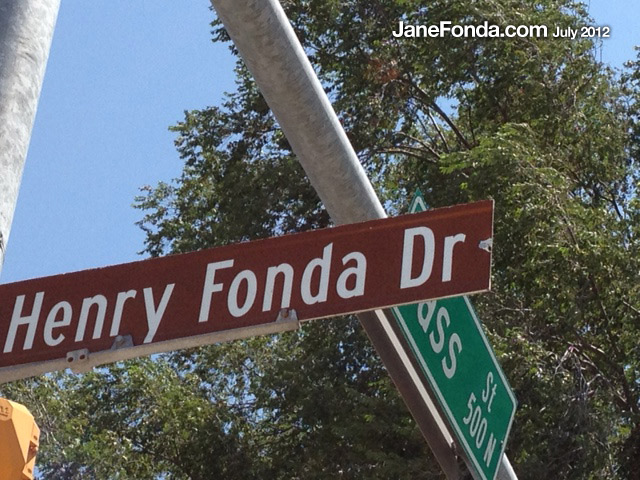 On Sunday, we visited the Omaha Community Playhouse on Henry Fonda Drive. 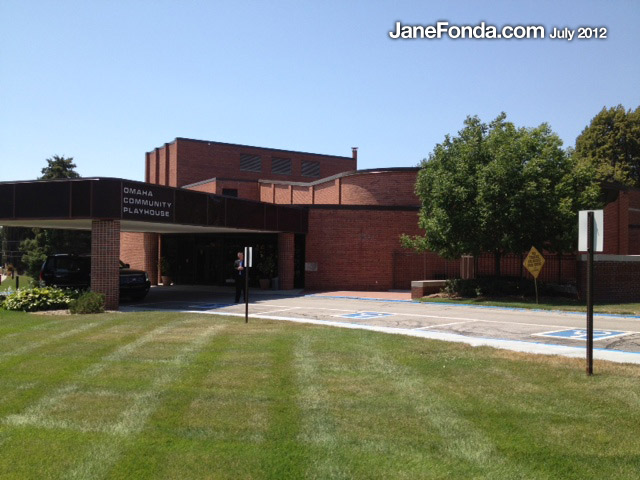 I could feel my emotions building as we pulled up to it. Many of the staff, the Associate Director, Susan Baer Collins and some board members greeted us and gave me time to look at the lit-up wall of photos of shows from the very beginning up to today.

Tears were rolling down my face as I saw photos of my family there.

My dad worked at the Playhouse as a young man, making scenery, painting backdrops. Marlon Brando’s mother was in charge back then and when, in 1926, the lead actor dropped out of the play “Merton of the Movies” with Dorothy McGuire, Mrs Brando asked dad to step in as a replacement. That’s when he was bitten by the acting bug. 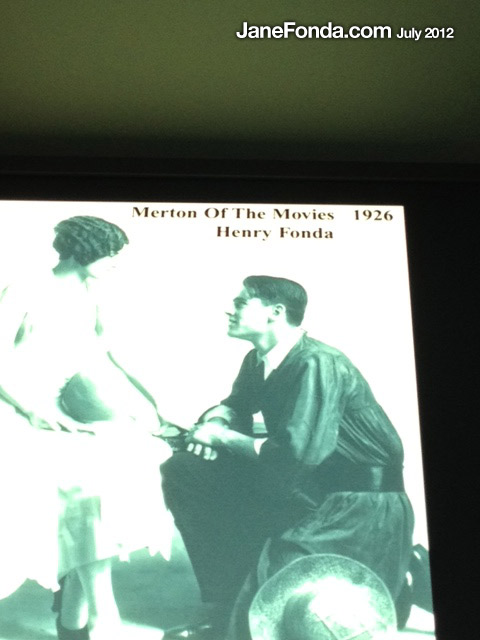 Dad in Merton of Movies 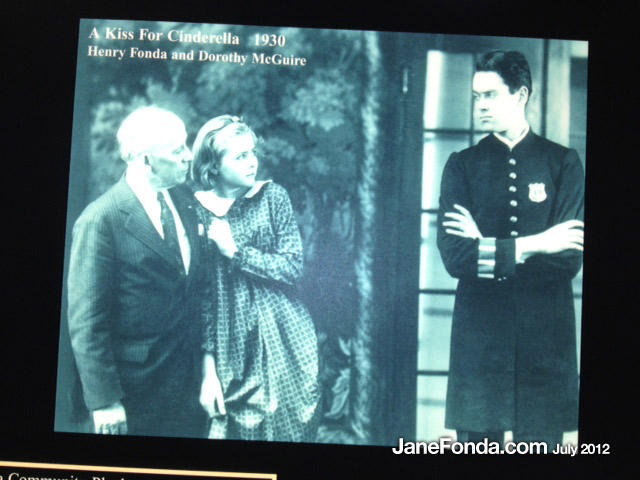 Dad in A Kiss for Cinderella. Dad did other plays there as well, and was on the board. 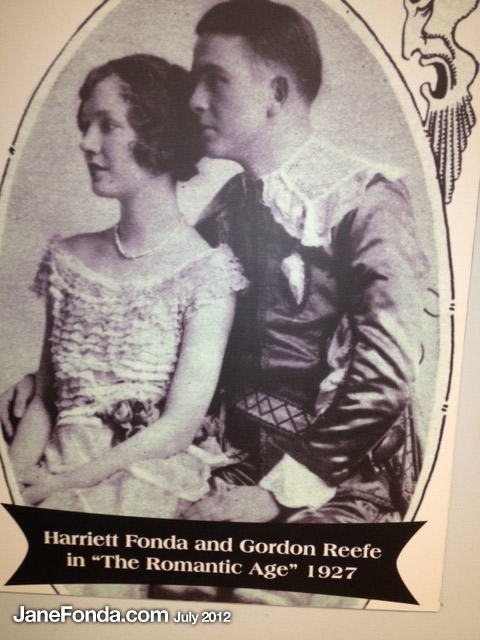 My Aunt Harriet did a play (wasn’t she beautiful!).... 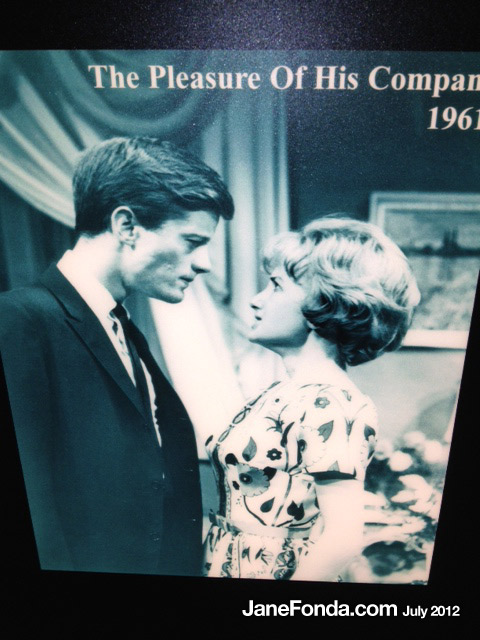 as did Peter, and later, when I was 17, I played the ingenue in “The Country Girl” with Dad and McGuire. 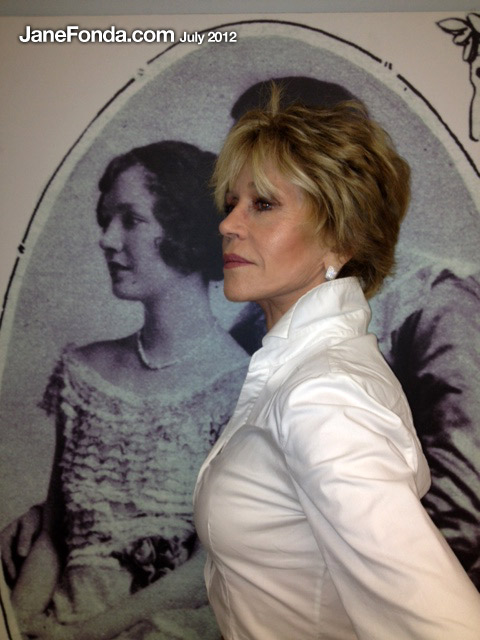 Troy wanted me to stand in front of my Aunt Harriet’s photo for a picture. 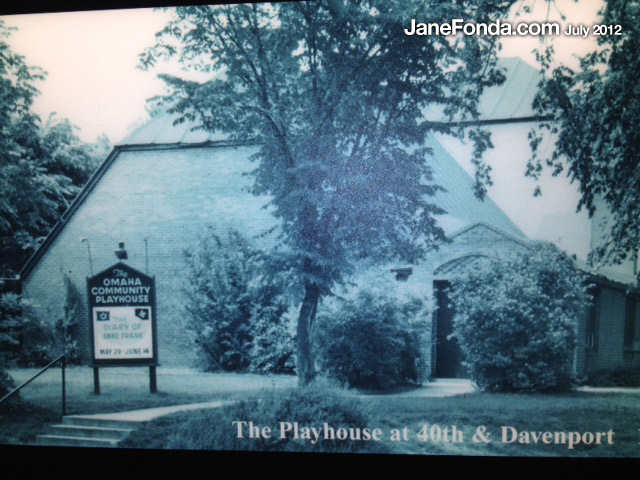 This is what The Omaha Playhouse looked like back then. 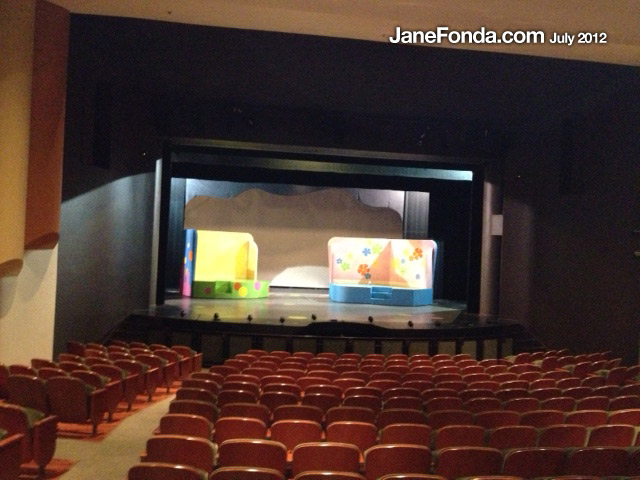 .....This larger one is one for musicals and family-type plays 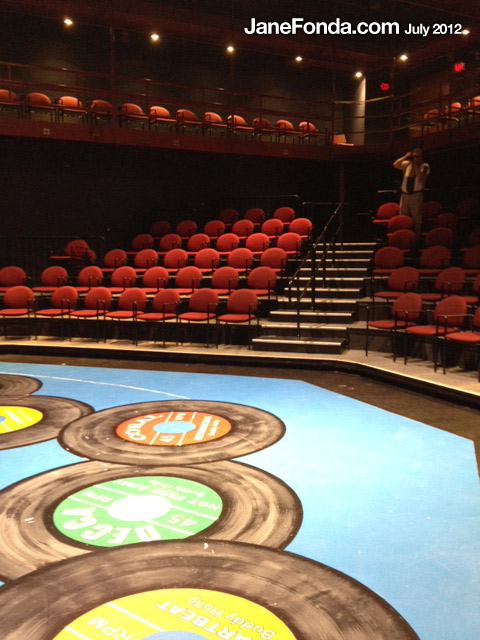 .....and this one is for more sophisticated. 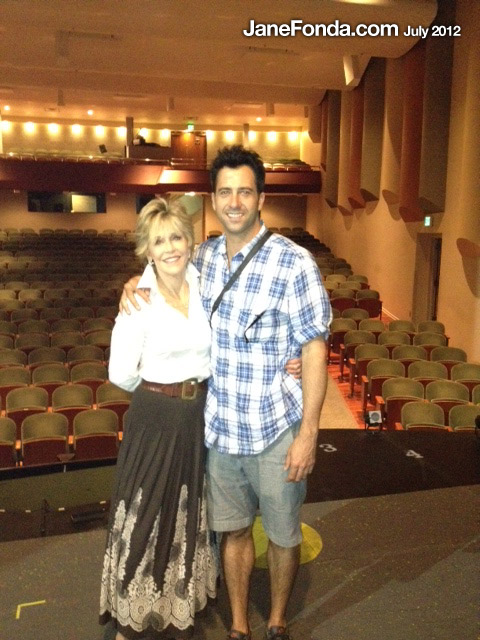 with Troy onstage in the main theater 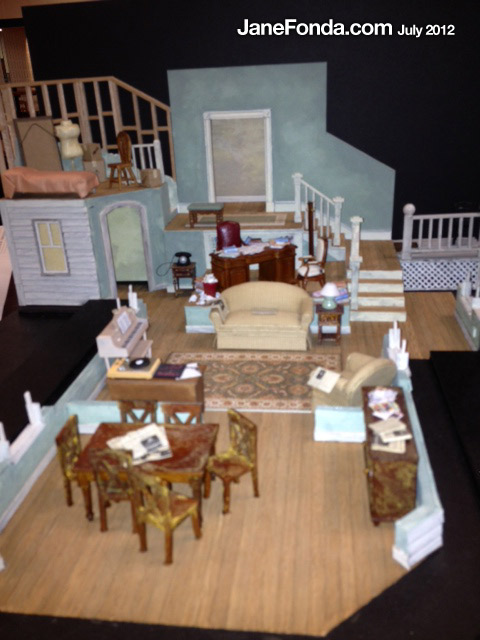 They are now in rehearsal for the Pulitzer Prize-winning play, “August: Osage County.” 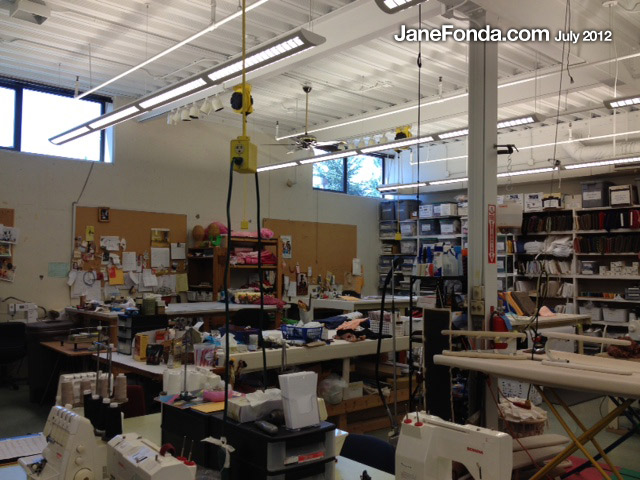 They have a larger costume department and scenery shop than just about any Broadway theater and are the largest community theater in the country. All the actors, singers, dancers are local people who volunteer and they’ve started taking some shows on national tours. 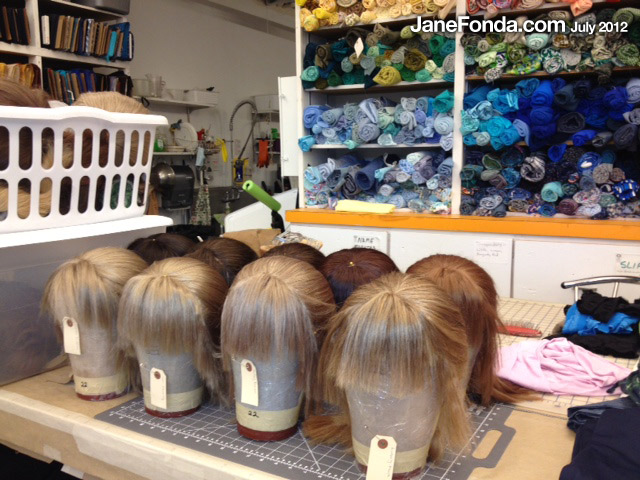 These wigs will be used in a future production. 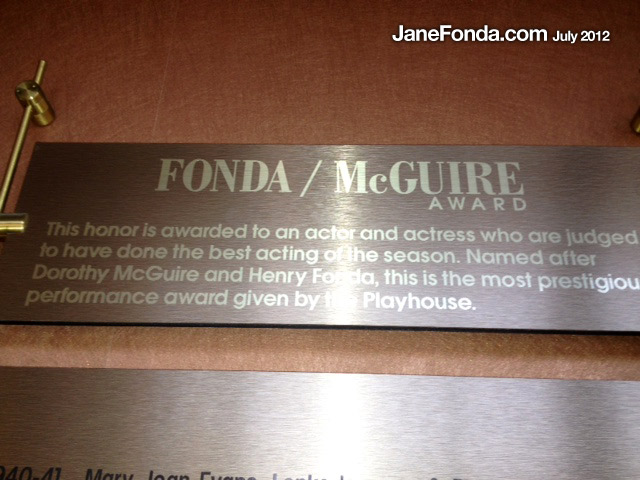 This award is named after Dad and Dorothy McGuire. It is the highest award given by the playhouse.

PreviousPage 3 of 4 Next
Share This Post
Previous ArticleA KATY PERRY NIGHTNext ArticleMOVING INTO A NEW HOUSE WHILE WATCHING THE OLYMPICS
You May Also Like
MARY CATHERINE BATESON–A BOOK PARTY
November 8, 2010 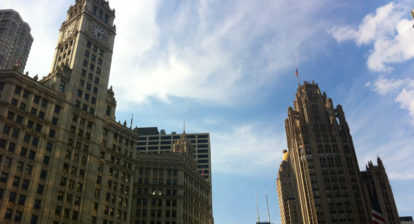 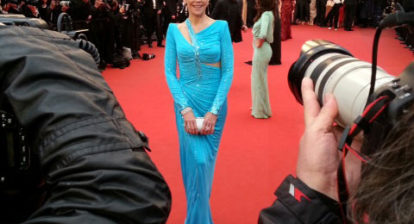 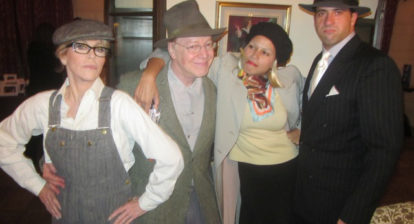