The city of Omaha has been central to the growth of the United States. After the Civil War, Omaha became the railroad hub of the U.S. That’s how the first Fonda got there—Jellis Fonda was trained as a telegrapher and map maker during the war, and Union Pacific hired him to map their westward expansion. 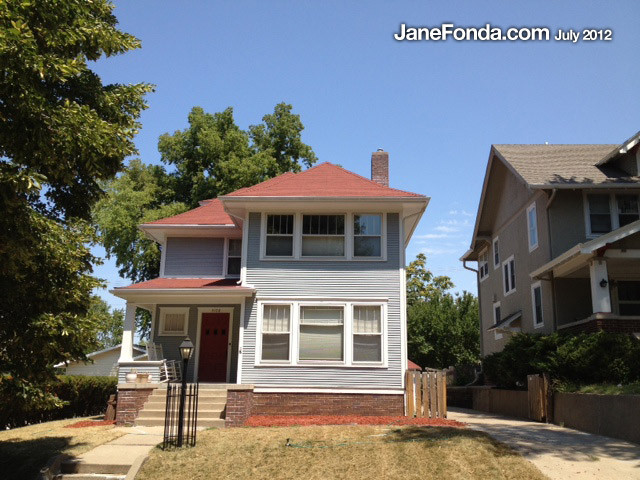 This is the home where dad grew up in the early 1900s. 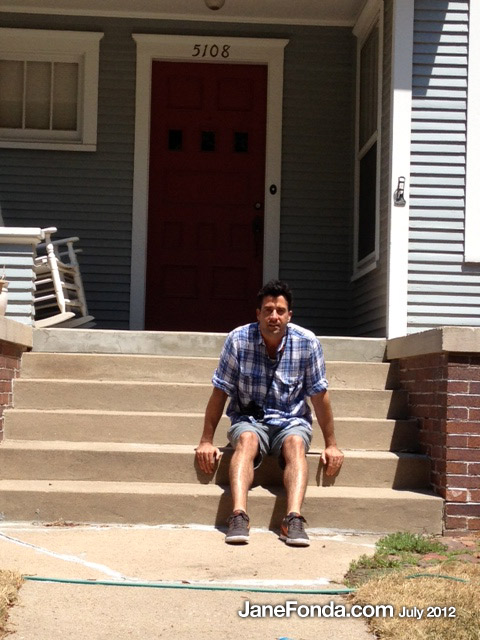 Here's Troy on the porch of his grandpa's childhood home.

Then, later, during the 2nd World War, Omaha was the hub of all commercial airplane traffic. Radar hadn’t been made available yet outside of its use at war, and planes couldn’t fly at night. You’d have to stop in Omaha for the night (all planes did), sleep in pull-down bunks on the plane as it sat on the tarmac, and take off for the East Coast when the sun came up. But Omaha was often our final destination because dad’s sister, Harriet Fonda Peacock, had continued to live there. 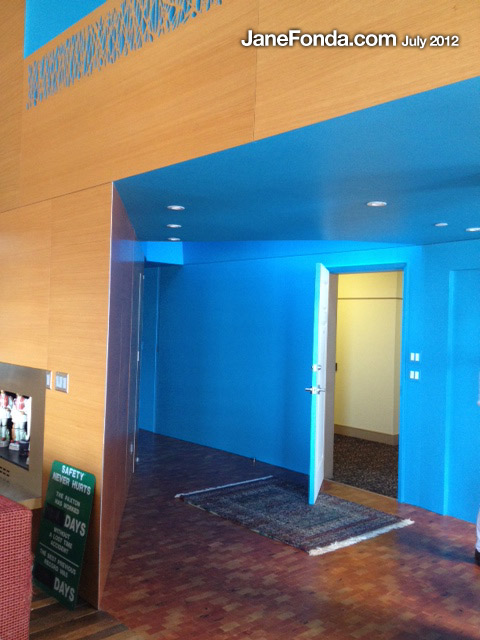 Anyway, back to the weekend. Before dinner Alexander invited us to see his loft, and I can’t resist showing you a few of the angles that make it so special. 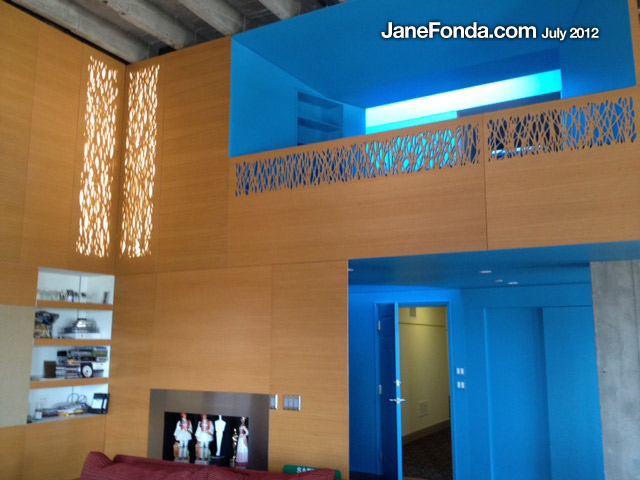 He told me he worked with the painter to achieve this remarkably vibrant blue. 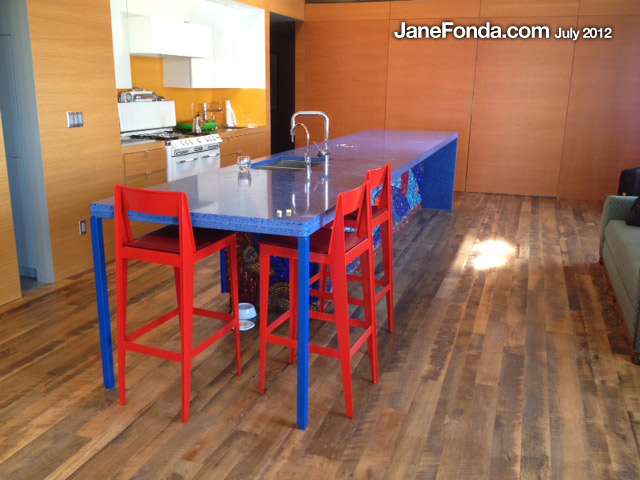 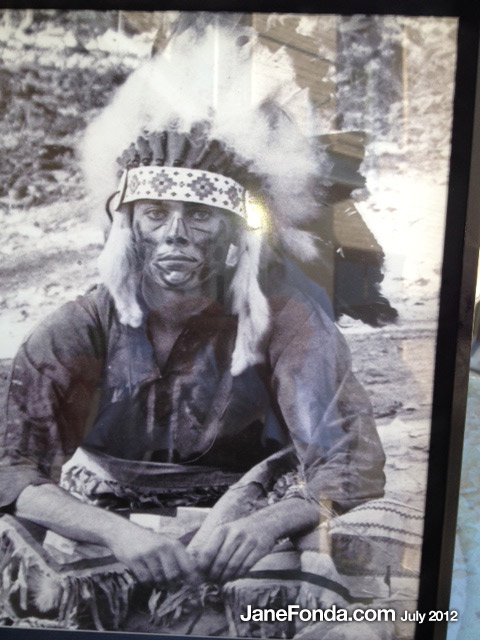 Then he and Ann presented me with this photo that they found in the Omaha Durham Museum of Omaha History of my dad as an Eagle Scout. Isn’t this the best gift ever?! (and isn’t he handsome!?) 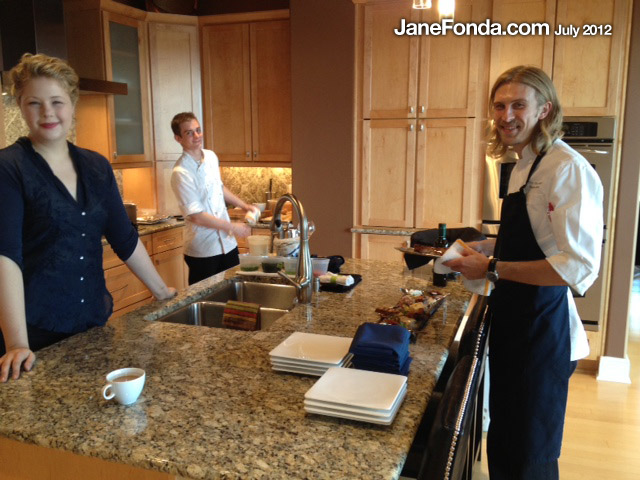 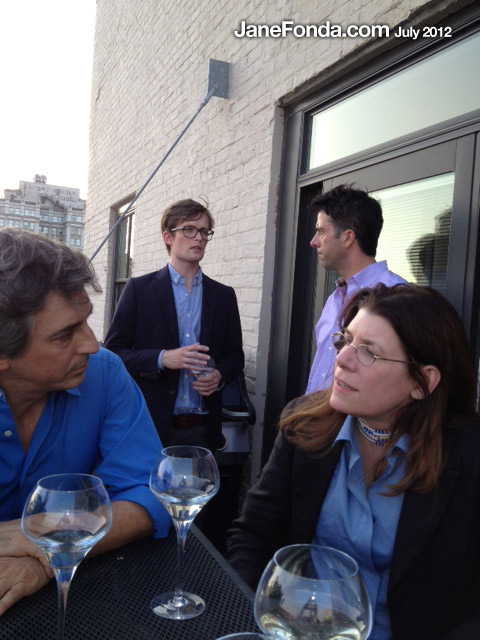 Alex, Ann, Troy and Steve on the deck before dinner here. 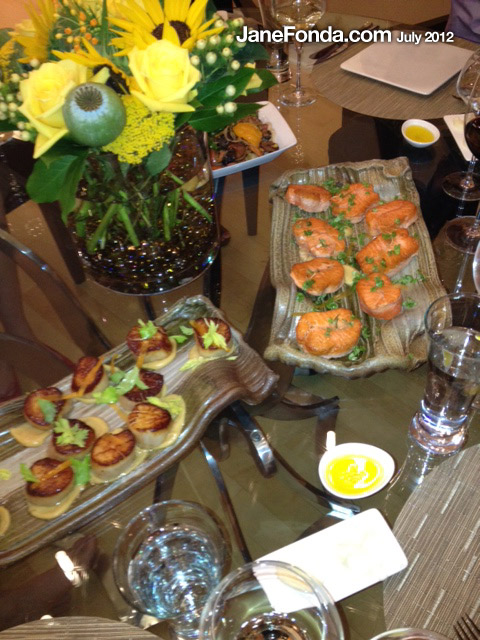 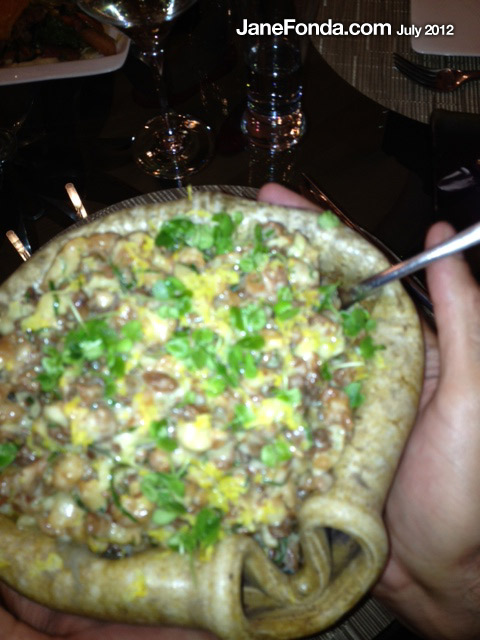 Check out this bowl!

I learned that Ann (Beeder) is a doctor and psychiatrist at Weill Cornell Medical College. Her particular passion and focus is veterans returning from Iraq and Afghanistan suffering from PTSD and, in particular, vets with addictions. She and some of her colleagues are working to develop a template for a type of treatment that could be easily replicated around the country. She talked to us about how difficult treatment is because so many vets have not been helped by the pharmaceutical approaches taken by the V.A. And they don’t want to see psychiatrists cause they feel ashamed and fear it will stigmatize them. She and Alexander had watched “Coming Home” a few days before (she’d never seen it) and she feels it should be shown to vets as a way to de-stigmatize the whole issue of PTSD. We all feel it is critical to help vets understand that seeking help for this doesn’t mean they are weak or bad. Rather they are smart and brave, for doing so. This is a critical issue because suicide rates among vets is staggering (and way underreported, Ann said). We spent a lot of time talking about what I learned about vets and PTSD during the Vietnam War that lead me to make “Coming Home,” and what’s different now…more soldiers, longer and repeated tours of duty, head injuries, medical interventions on the battlefield that save more lives than was the case during the Vietnam War.

You’d think her medical work was enough for Ann to do in one lifetime but she is also a fine artist, an entrepreneur (King Fong) and, with her ex, has developed a soap from certain herbs in (I think) South America, that MRIs have shown activate the parts of the brain that make us feel happy. They have different names. The ones she gave us are Eau d’Omaha. (Note how it sounds like ‘Ode to Omaha’). There’s also an Eau de Brooklyn. 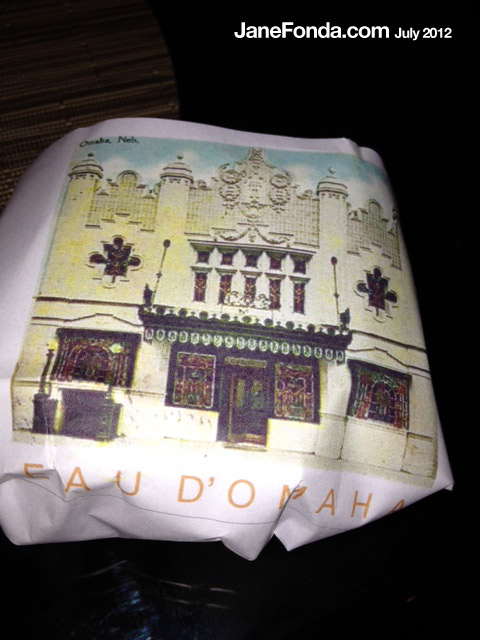 This wrapper shows the front of the building Ann and Alexander bought as it was before the King Fong Restaurant........ 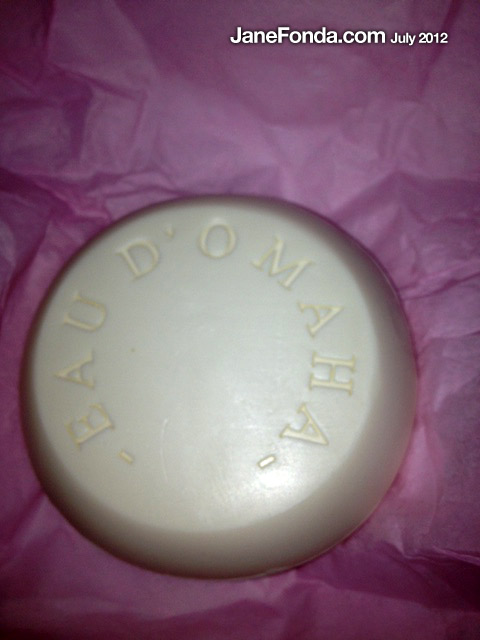 It has a creamy, luxurious feel to it and all of us swore it made us happier. It will soon be sold in New York at Bergdorf’s and Bendel.

I wasn’t the only one to feel that Ann is the epitome of someone whose right and left brain is equally balanced, someone whose opinion you could trust on just about anything and who you wanted to be your best friend. In fact, before the weekend was over, I asked Alexander, Laura and Ann to pledge that we’d remain friends in times to come. 3 new friends, now that made it an extra special weekend! But there was more to come.