The great director Alexander Payne (“Descendants,” “Sideways,” “All About Schmidt,” “Citizen Ruth”…) invited me to come to Omaha, where he lives and grew up and often makes his movies, to participate in an evening to raise money for Film Streams, Omaha’s non-profit cinema institution. The event would consist, he said, of a dialogue between us about film and acting, held on stage at the Holland Performing Arts Center. Laura Dern would also be coming (she was the actor he dialogued with at the 1st such event 5 years ago).

I flew with, my son, Troy, daughter-in-law, Simone, and Laura Dern to Omaha Saturday morning and that trip, in itself, was a special treat because I had never had an opportunity to spend quiet time with Laura. I made 2 movies with her father, Bruce Dern (“They Shoot Horses, Don’t They?” and “Coming Home”) and had done several events and projects with her mother, Diane Ladd, when Laura was a little girl, so there was history between us but not enough direct exchange. She and I share a tendency to cut to the chase, dispense with small talk and get right into it–”it” being what we’ve learned from relationships, dysfunction, narcisicism, mental health, philosophy, meditation, raising children, addiction—for better or worse, Troy and Simone have a lot to say on all the above and I’m always struck by their emotional intelligence. But—speaking of emotional intelligence– I was deeply impressed by Laura’s ability to understand, articulate and dissect her experiences. She’s a seeker, a woman curious about all of life vagaries, who puts herself in situations where her compassion will deepen and she’ll meet unusual people from whom she learns. This is not common in movie stars and, I believe, is one of the things that gives her performances such depth and specificity. In the 3 hours we were on the plane I learned a lot and even got some ideas for my character, Leona Lansing, in “The Newsroom.”

We were met at the airport by Alexander, Rachel Jacobson, founder and director of Film Streams, and Ann Beeder, one of Alexander’s best friends since they were 17 and in high school together in Omaha. More about Ann in a moment. 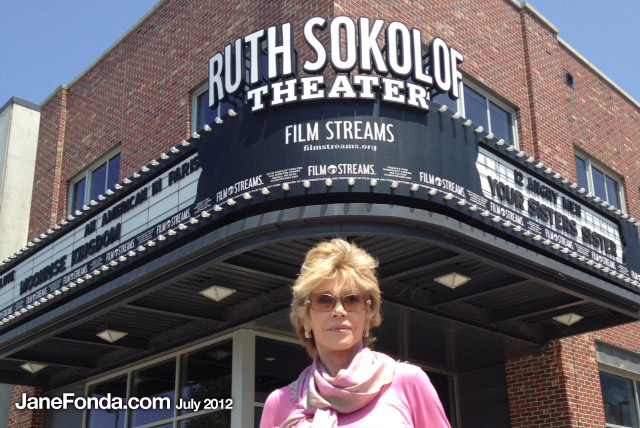 We drove to the Film Streams building named after Ruth Sokolof, in whose name the initial endowment was made. 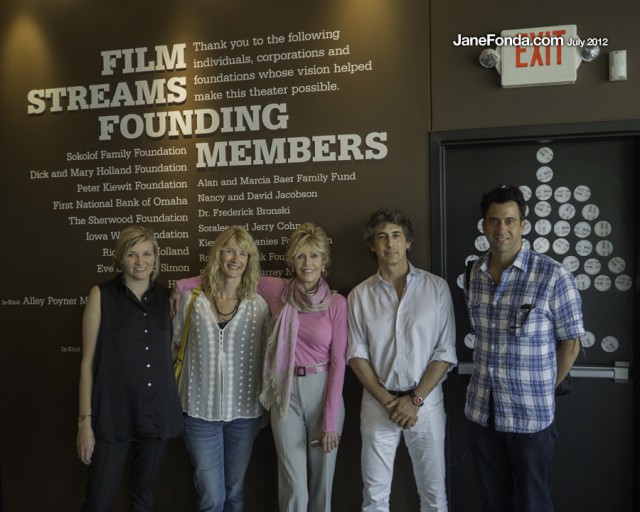 Here we are in the lobby, left to right, Rachel, Laura, me, Alexander and Troy.

Rachel has done an amazing job creating and building this place where people can see mainstream and even just-released films in one theater and classic art films, foreign films and documentaries in another. Citizens of Omaha including school children, are exposed to film masterpieces they would otherwise not have a chance to see, often followed by panel discussions. I hate to say this, but even Hollywood doesn’t have this, which is truly shameful. 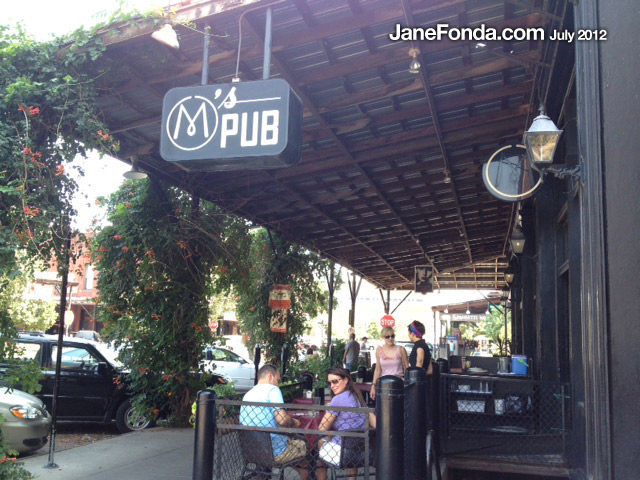 From there we had a delicious lunch at M’s pub in what used to be the meat packing district. 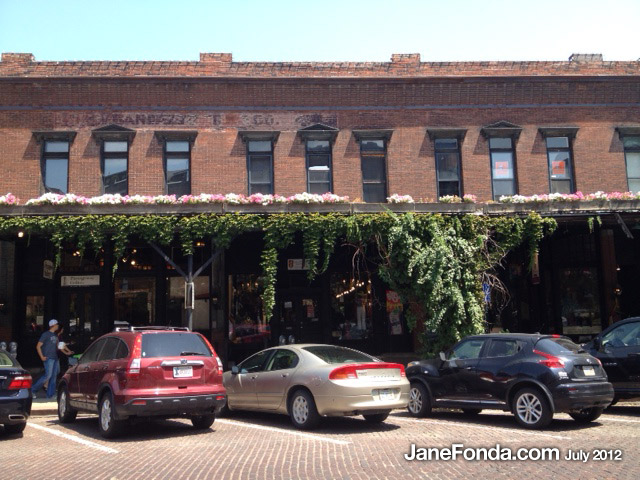 All the old brick buildings have been maintained and turned into cool shops, restaurants..... 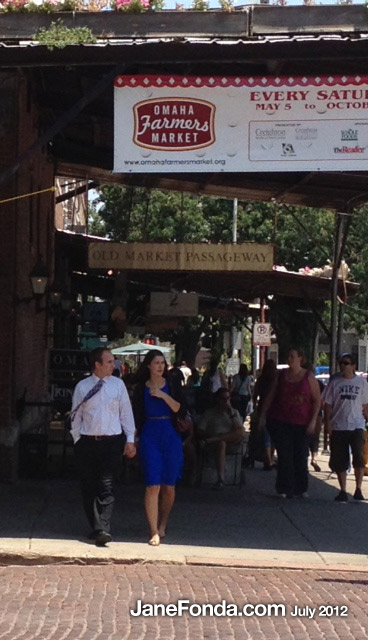 ...even a Farmers Market

During lunch we learned that Alexander and Ann had purchased a landmark Chinese restaurant called King Fong with a secret speak easy upstairs and amazing Chinese décor. I asked Alexander to let us see it cause I think it’s fascinating that these two native Omahans who have busy lives that have nothing to do with Chinese restaurants (though Alexander is Greek and his grandfather had a 24 hour tavern in the late 1800s or early 1900s) have invested in preserving the place and have big plans for it even though they aren’t doing anything with it right now. The restaurant has a long history dating back to the mid 1800s. It has been King Fong since 1922 and the interior details are intact and extraordinary. Inlaid mother-of-pearl tables, embroidered silk tapestries, elegantly carved chandeliers. 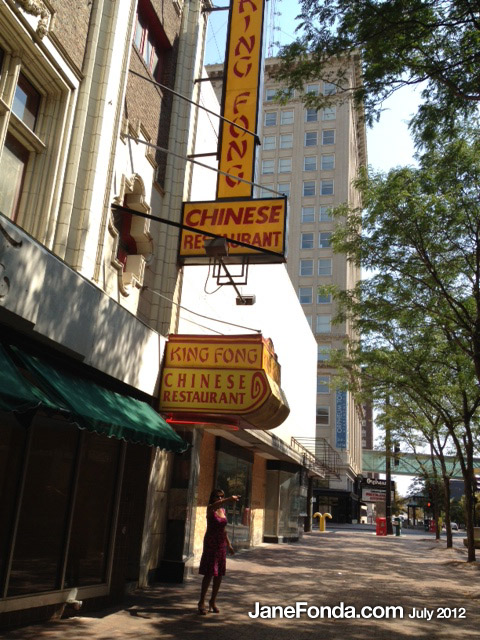 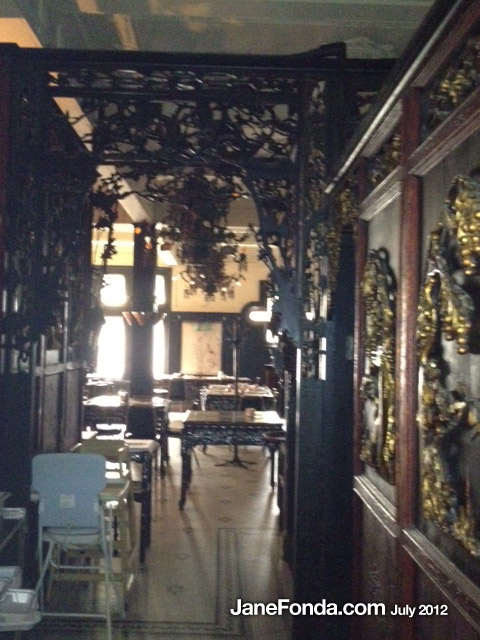 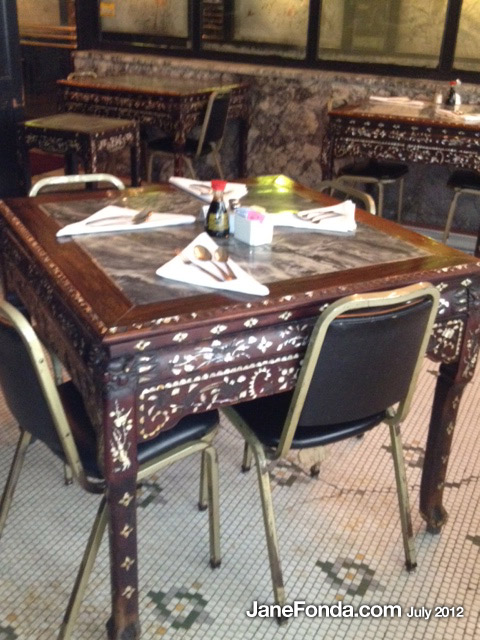 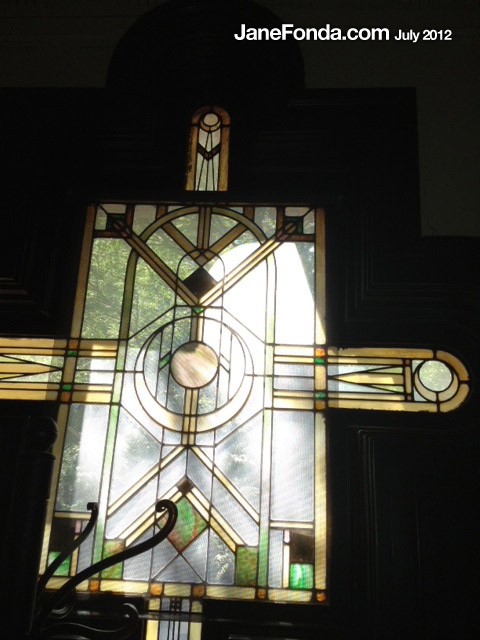 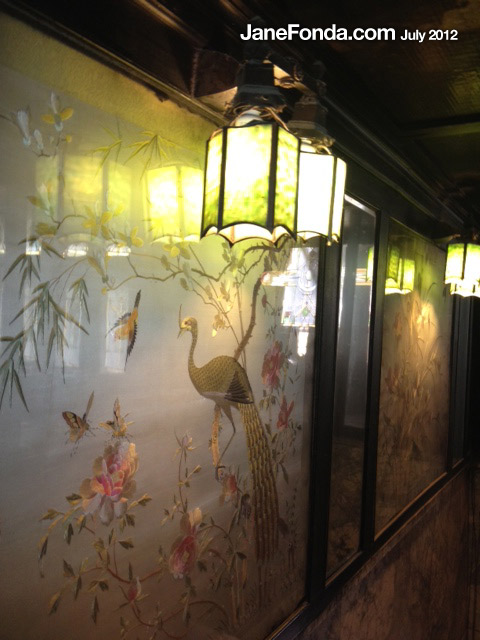 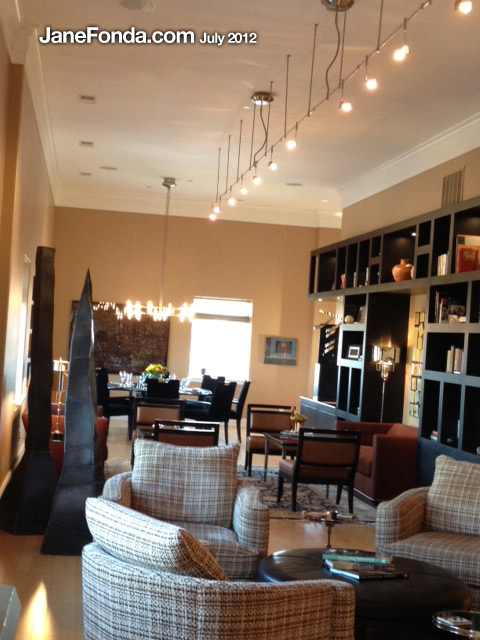 After lunch we went to the old Paxton Hotel (now only condos) where Gerry Morrow-Lauritzen generously made her beautiful and very ample apartment available to Troy, Simone and myself. 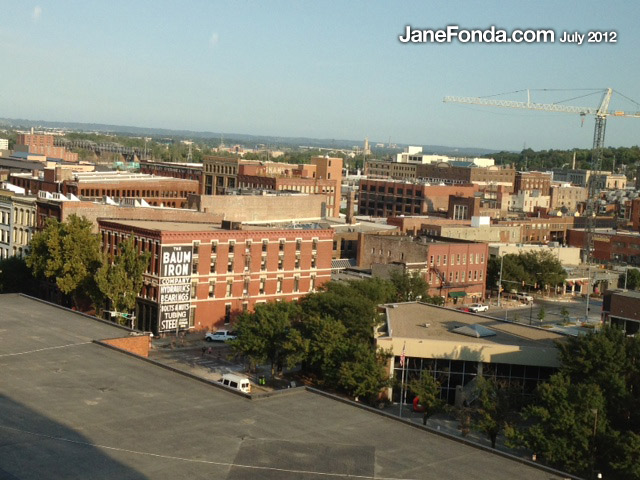 I was able to look out over the city and my fears that Omaha would be so over developed that I wouldn’t recognize it were abated. It has changed, of course, there are beautiful new buildings, but the essence of the city feels the same. How wonderful to be in an important American city where you can still look out over the downtown and see the horizon.