1. Blogging. I feel really badly that I haven’t blogged. Why haven’t I? Well, so many are suffering all over the world including here in this country; climate is wreaking havoc. My heart breaks for the folks in SD, Neb, Kansas, CO, Minn, WY . . . and so soon after the last flood crisis. I know farmers there, friends there. But even if I didn’t. They are all part of us, the human family. Then the families being separated at our border, dying, raped, alone. I could go on. I’m saying this because I can’t bring myself to write about what I’m doing day-to-day when all this is happening. I am so blessed, so privileged. I can’t stand the Instagram shots people exchange about what? —sh—. Emptiness. We are facing a crisis, people. This isn’t a dress rehearsal or fake news. All hands on deck! Dark, selfish forces are working to bring us down. The 1% will go down as well but just a little later. So let’s us all wake up and burst out of our bubbles and start caring about each other no matter our race, sexual orientation, physical ability, religion. No kidding. The future is at stake. And that means caring with our hearts and our actions: making sure that state and federal policies support and protect EVERYONE including the planet.

2. Laughter. There’s always the healing power of laughter and I am so lucky to have it around me so much of the time. No matter what, we have to maintain our sense of humor and keep laughing. Here’s something I bet you didn’t know: Fake laughing or even fake smiling has a real impact on health and well-being because, by changing the muscles in your face, you’re changing the pattern of information going from those muscles to your brain and new neural pathways are developed. Fake it till you make it!

We’re on the 8th episode of the 6th season of “Grace & Frankie” and I swear, It’s the funniest season yet. Our hours are long but we all get along so well . . . the actors, the writers, directors, crew members. And it’s a diverse group. Went to work yesterday at 5:30 and came home at midnight. Can’t find the right emoji for that. 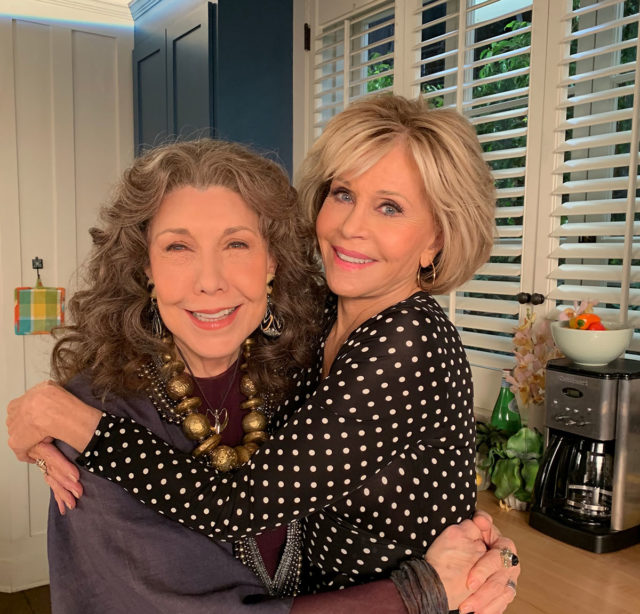 I’ve also had some raucously funny gatherings at my house on days/nights off. Here’s an all-girls party which ended up on my vibrating bed. Tulea doesn’t know what to make of it. 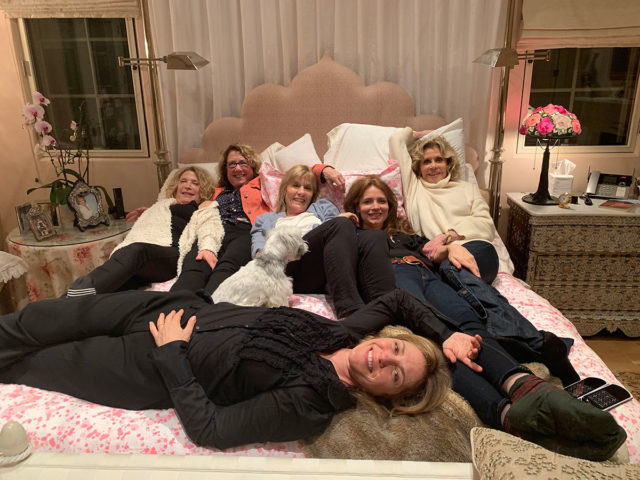 I should have taken a picture of the day Chelsea Handler, Connie Britton and Mary McCormack came to visit me after my hip replacement surgery last November but I was too high on pain meds. Chelsea gave me a gold necklace with MUELLER on it. I’m reading her latest book, “Life Will Be the Death of Me” and so I now realize it wasn’t so much about his investigation –well, maybe a little—it’s more that she thinks Robert Mueller is the hottest man on earth. And since this section is about laughter, I can tell you that I have never in my life laughed out loud at a book as much as I am with Chelsea’s but, at the same time, her raw honesty and depth is blowing me away. Revelatory and hilarious is a rare combo indeed. A MUST read.

Another gathering at my house that was laughter-filled was the board meeting of V-Day: Until The Violence Stops. Created by Eve Ensler when her iconic play “The Vagina Monologues” began to be performed globally raising well over $100 million for local efforts around the world to stop violence against women and girls. 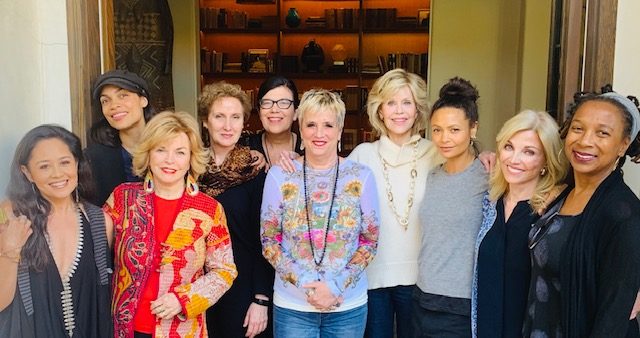 And, speaking of laughter, here’s a picture of us pals from “Book Club.” It makes me so happy that we have become real friends and get together whenever the 4 of us are in town. 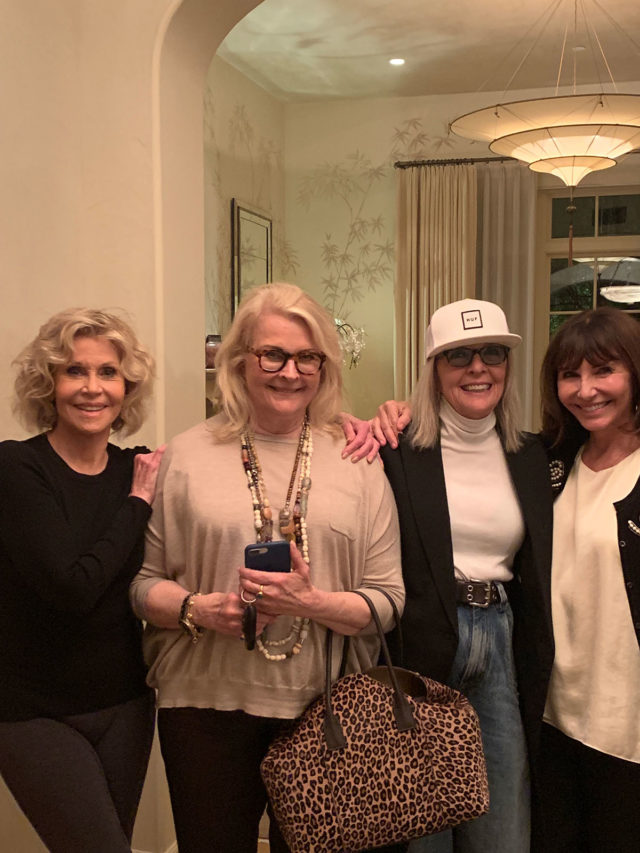 I’m going to post another blog within days, but this is a start.