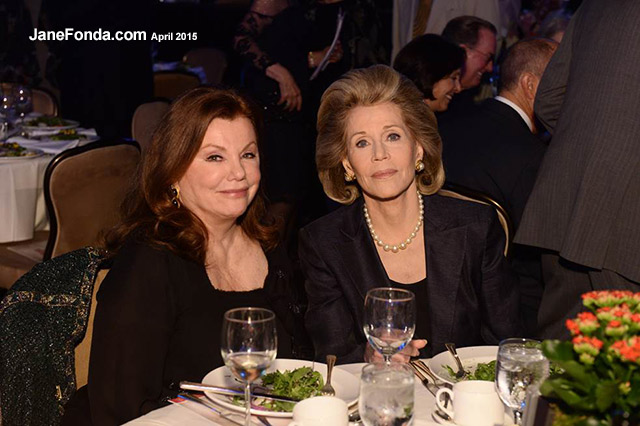 This particular week began with rehearsals for a performance of a pivotal scene from the play, “Top Secret”, by Geoffrey Cowen about the Pentagon Papers. The cast included Stacy Keach and Holly Palance, Jack’s daughter. We were going to perform the scene at a fundraising gala celebrating the 40th anniversary of L.A. Theatre Works. ATW is a non-profit that gets well known actors to record classical and contemporary plays which are brought into schools, prisons and archived in libraries. 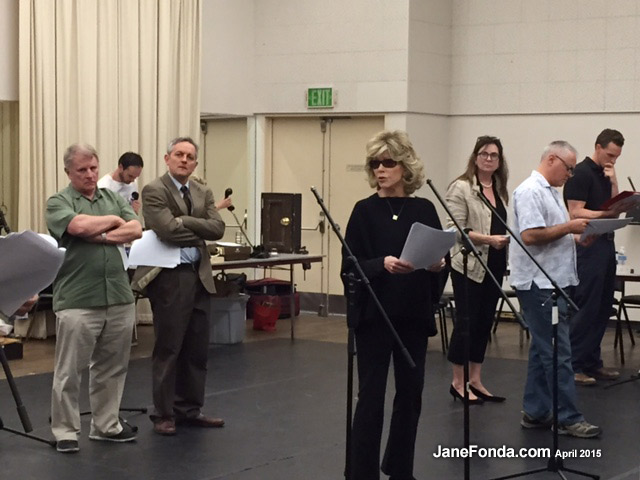 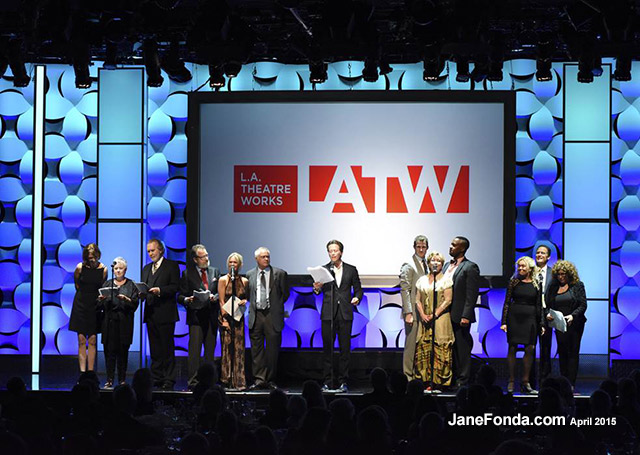 Event co-host JoBeth Williams opened the show. Hector Elizondo, Judith Light, Susan Sullivan, Edward Asner and Marsha Mason, were all there and are among the family of actors who’ve given their time to tape these audio theater productions that are broadcast weekly on NPR and heard around the world and have also included stars like Hilary Swank, John Lithgow, Annette Bening, Anne Heche, Brad Pitt and George Clooney, who just a few years back, performed “8,” about Proposition 8 and California’s gay marriage laws. The organization has now amassed a library of over 500 recorded plays — one of the largest anywhere. They’ve also developed an app used in schools, so students can hear Shakespeare performed by professionals while they read the prose.

In the scene, I played Washington Post publisher, Katherine Graham, as she was being asked to make a decision whether or not to publish the Pentagon Papers. The New York Times had had 3 months to make the decision (they published it and were sued by the Nixon Administration) and Graham was asked to do it in minutes, a decision that risked bringing down her paper. 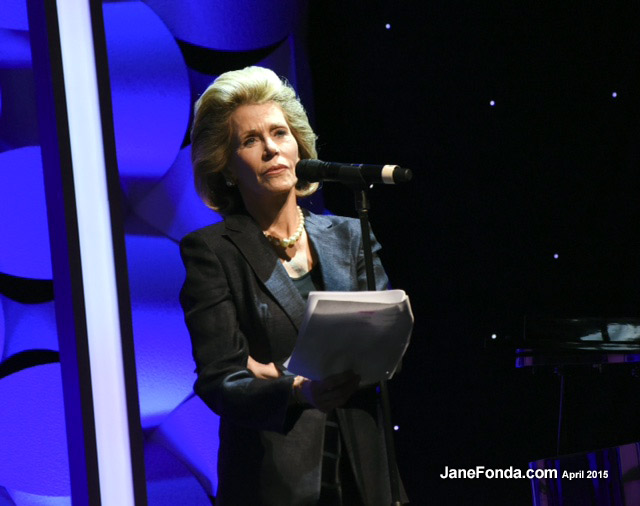 The next day I did a photo shoot for an Italian magazine “Grazie.” I have a hard time with being photographed–hard time relaxing and not looking either posed or scared or angry or blah. But the photographer was one of my very favorites–Tony Duran. He’s taken wonderful pictures of me for “People” Magazine and others. He’s fun and gives me good direction and is funny and sweet. This time my hair was done by Steeve Daviault. I met Steeve while I was in Miami visiting my son. We were at the Lido restaurant at the Standard Hotel when both Troy and his wife, Simone, screamed, leapt up from the table and took this guy into their arms shouting with glee. Turns out he cuts Troys hair and has made-up and coiffed Simone for special events . . . like my AFI Awards. Well, she looked so exceptional at that event I made a note to use Steeve myself at the first opportunity and, as it happens, he is a favorite stylist of Tony Duran. Steeve is also a fantastic dancer and when I needed motivation to smile or laugh, he would samba right off camera for me. 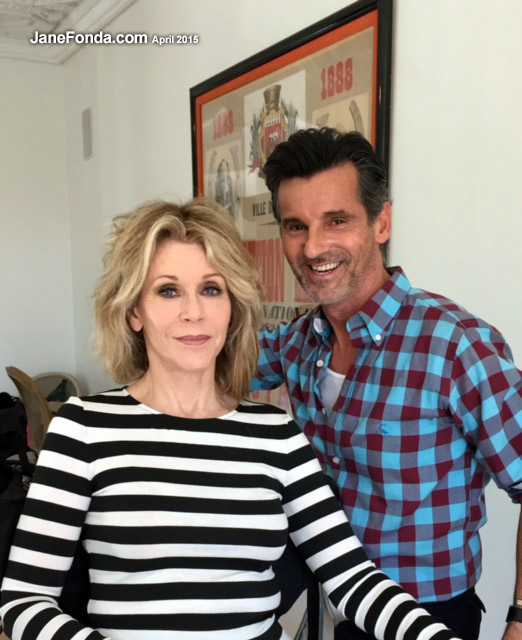 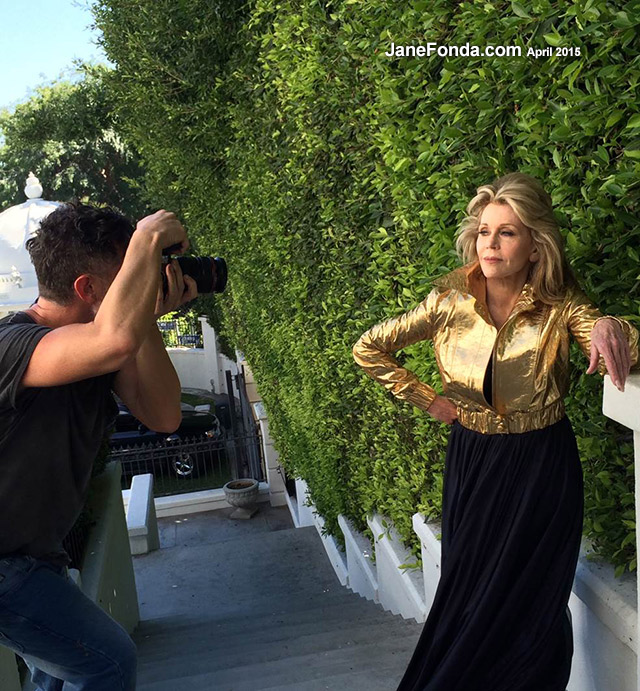 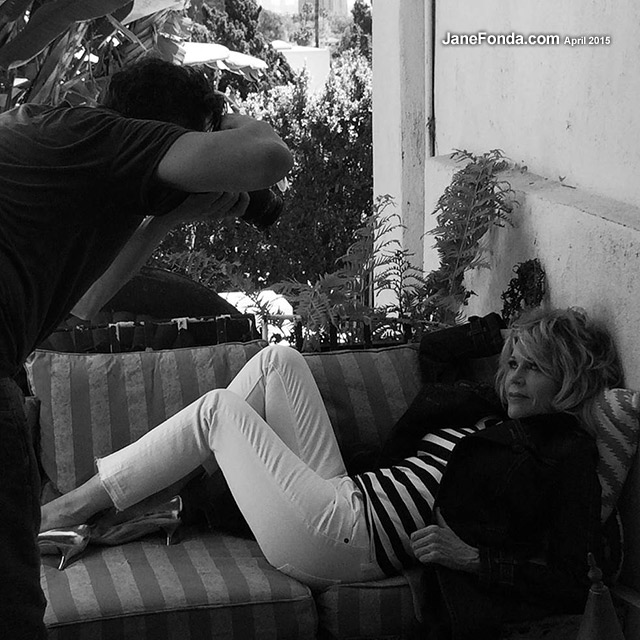 After the photo shoot was done, the very interesting French journalist interviewed me for the magazine. (it’s an Italian magazine but they do a version in France as well). We talked about everything but fashion. 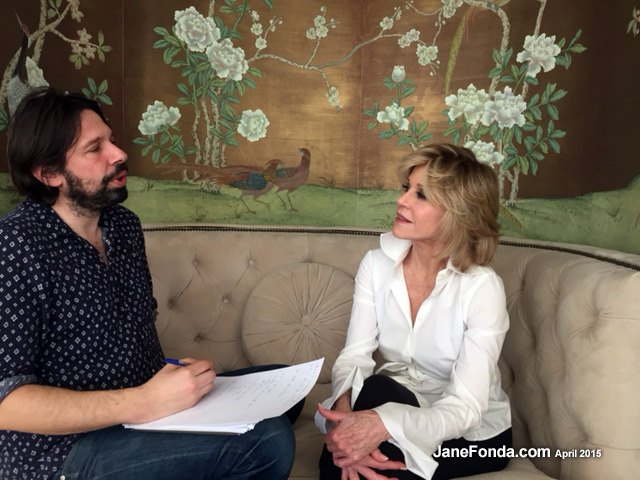 The next day, I had the pleasure, the thrill really, of dialoguing with Viola Davis as part of Variety’s program called “Actors On Actors” where two actors are paired up and interview each other about their work. When we arrived, Julianna Margulies and Clive Owen had just wrapped up. 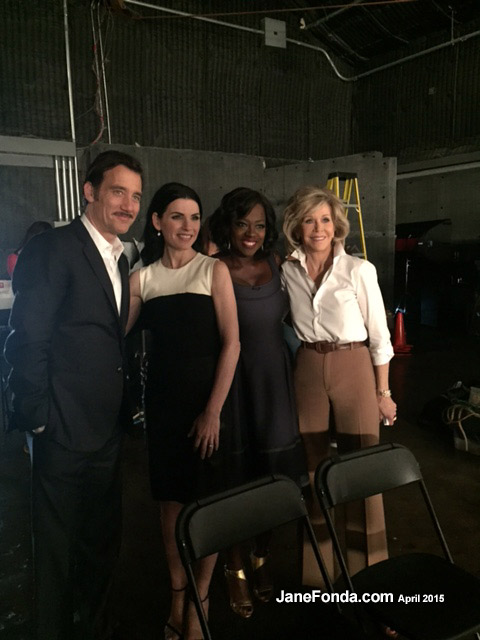 Viola and I were photographed 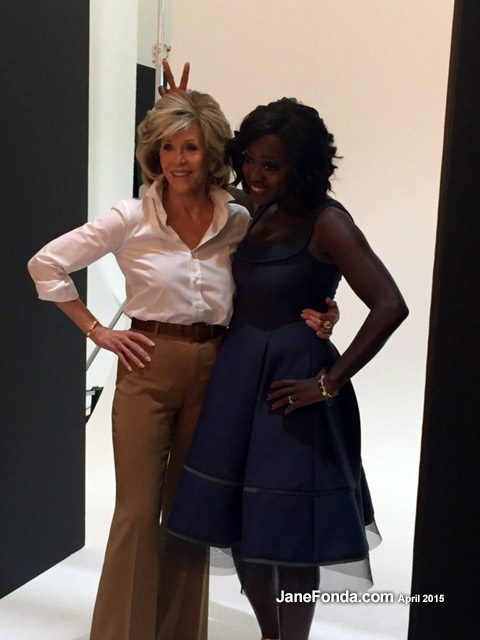 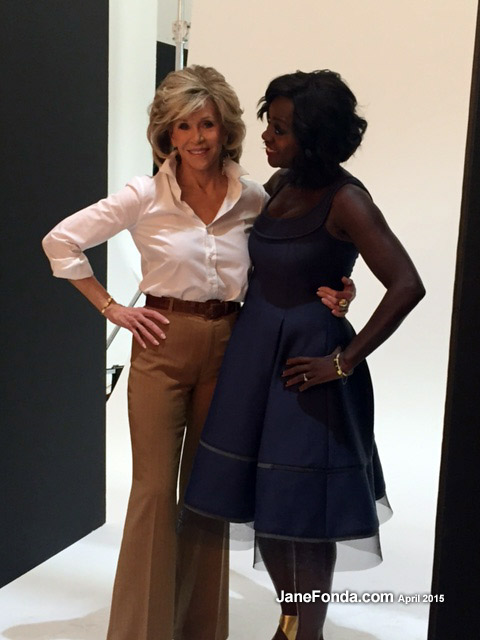 And then we talked and I found it very interesting to hear her speak about her process–how she works on a character. 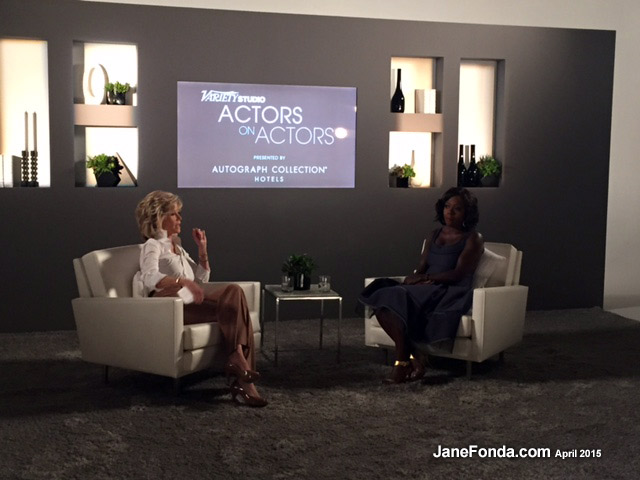 The day after that I went to Lily Tomlin’s office where we were interviewed about “Grace and Frankie”. We did four interviews there. This one was with “Out” magazine by phone. (Check out the poster!) 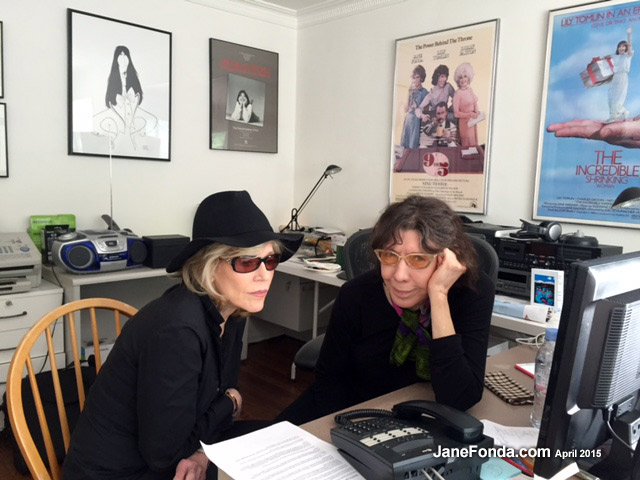 The last day, I went to the Beverly Wilshire Hotel where I was interviewed at a luncheon by Kimberley Hatchett, who is one of my financial managers at Morgan Stanley. M.S. invited a room full of friends and associates from the Los Angeles area, a few of whom I knew. Kimberly made a good interviewer and it was fun. 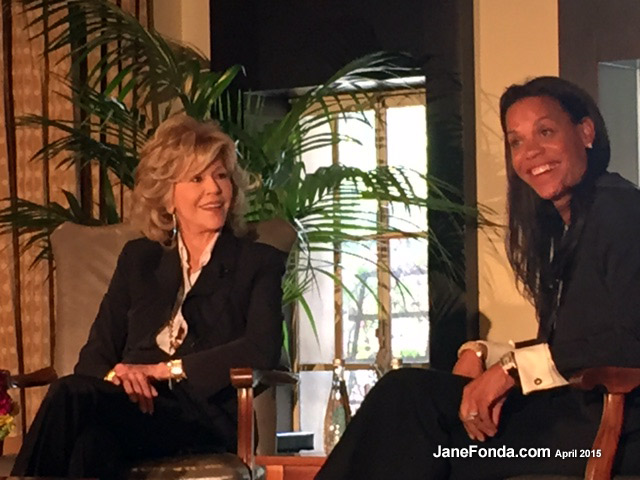 Here I am with my other Morgan Stanley advisor, Joe Eisler. 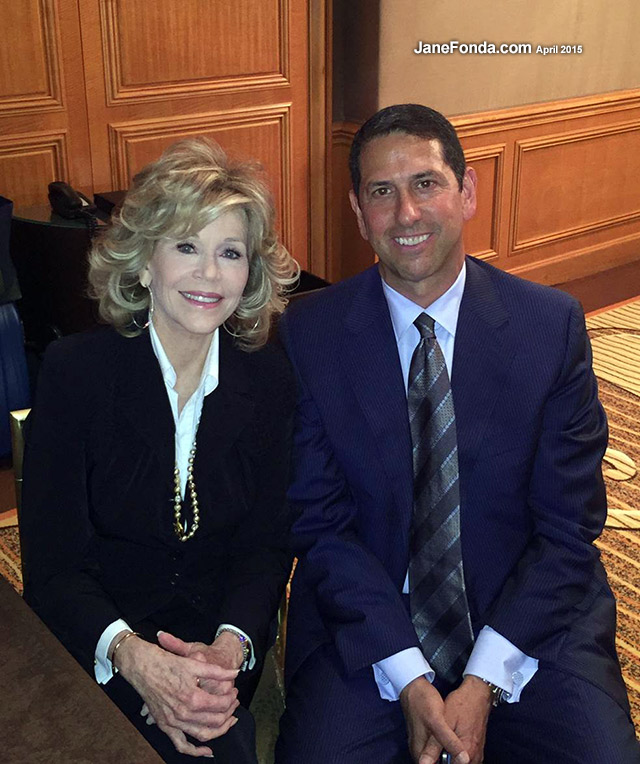 Walking out of the hotel after the lunch, I came upon this sight: A group of people holding 5 great danes. 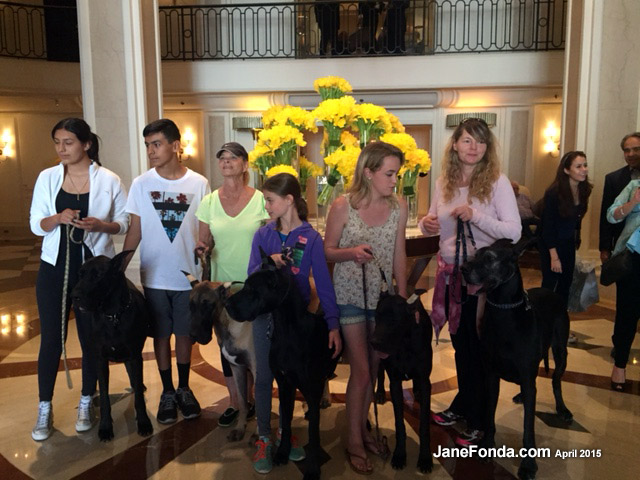 And then Clive Davis invited a few friends to dinner at Craigs. L to R: Barbara Davis, Clive Davis, Jeff Guthrie, Jackie Collins, Richard and me. Elton John and David Furnish were also there with Lady Gaga and I forgot to tell her how much I loved what she did with Julie Andrews’ songs at the Oscars. What a voice! 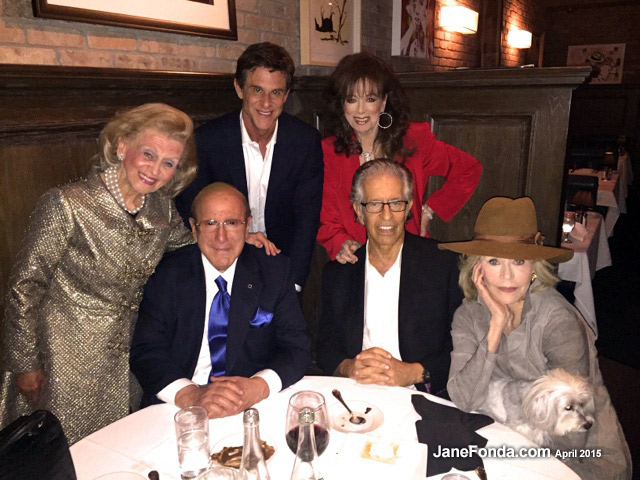 It’s not that every week is like this but sometimes it is and especially now because I’m having to do interviews and photo shoots for Netflix and it’s quite busy.