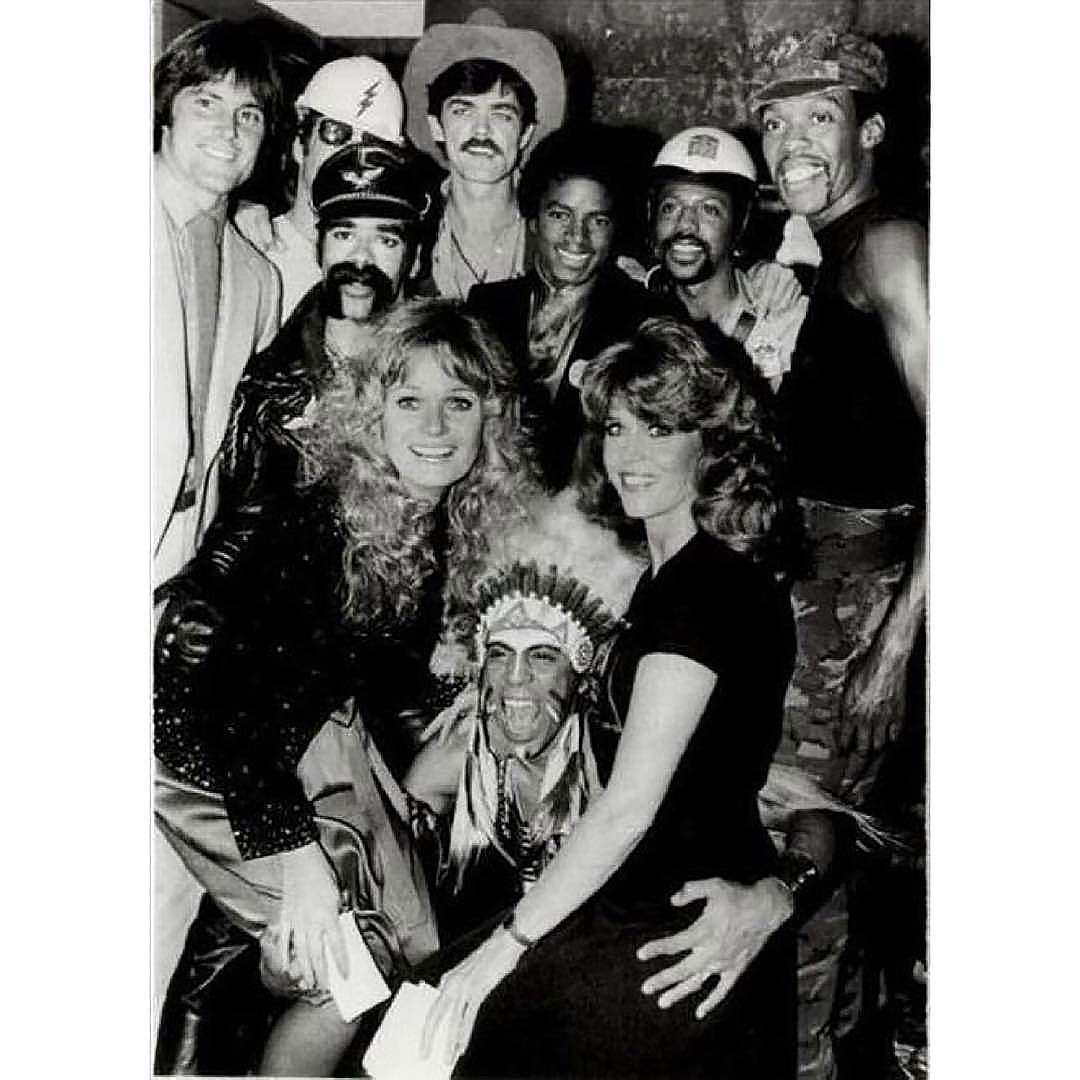 With Bruce Jenner, Valerie Perrine, Michael Jackson and members of the “Village People” at my Halloween Disco Party at The Hollywood Palace Oct. 31 1979 to promote solar energy.

For a number of years, I organized a Disco Dancing Halloween fundraiser for CED, the California Campaign for Economic Democracy. This is the same organization that profits from “The Jane Fonda Workout” supported but this particular event in 1979 was benefitting a project within CED aimed at expanding solar energy in California.

Michael Jackson attended several of these events with me. He said to me at the last one he attended, that one day he would ask me for a return favor. And in 1980 he called me and ask if he could come visit me on the set of “On Golden Pond” in New Hampshire. He stayed with me for about 10 days there. That’s when we went skinny-dipping together and he did long taped interviews with Katharine Hepburn. He had just finished “The Wiz,” his first movie and he wanted to learn all he could about film acting. I write about that experience in my memoir, My Life So Far.

In this photo, The Village People, Valerie Perrine and Bruce Jenner, far left, were all shooting a film together, “Can’t Stop the Music.” I must have visited their set and persuaded them to come as a package. I had a lotta guts in those days.

I especially remember Bruce Jenner at that party because he was so nice to me and asked a lot of questions about my life and my work.

So much has changed. But not the need for solar energy. This throwback photo reminds me how long we have been working towards breaking our reliance on fossil fuels. Solar energy has come a long way, more and more people are seeing the economic and environmental benefits of investing in solar for their business’ and homes. Most exciting however is that in this moment we actually have the ability to drastically change our energy policy and infrastructure in a way that will benefit all people and preserve life on our planet. If that sounds like great news, well it is! One of the brilliant minds at work on remaking our energy system, Shalanda H. Baker will join me this Friday for Fire Drill Friday. I could not be more thrilled and excited to discuss her new book Revolutionizing Power: An Activists Guide to the Energy Transition. I have so many questions, but I’m especially wanting to hear about the connection between energy policy and advancing civil rights. Please join us this Friday https://www.facebook.com/firedrillfriday.