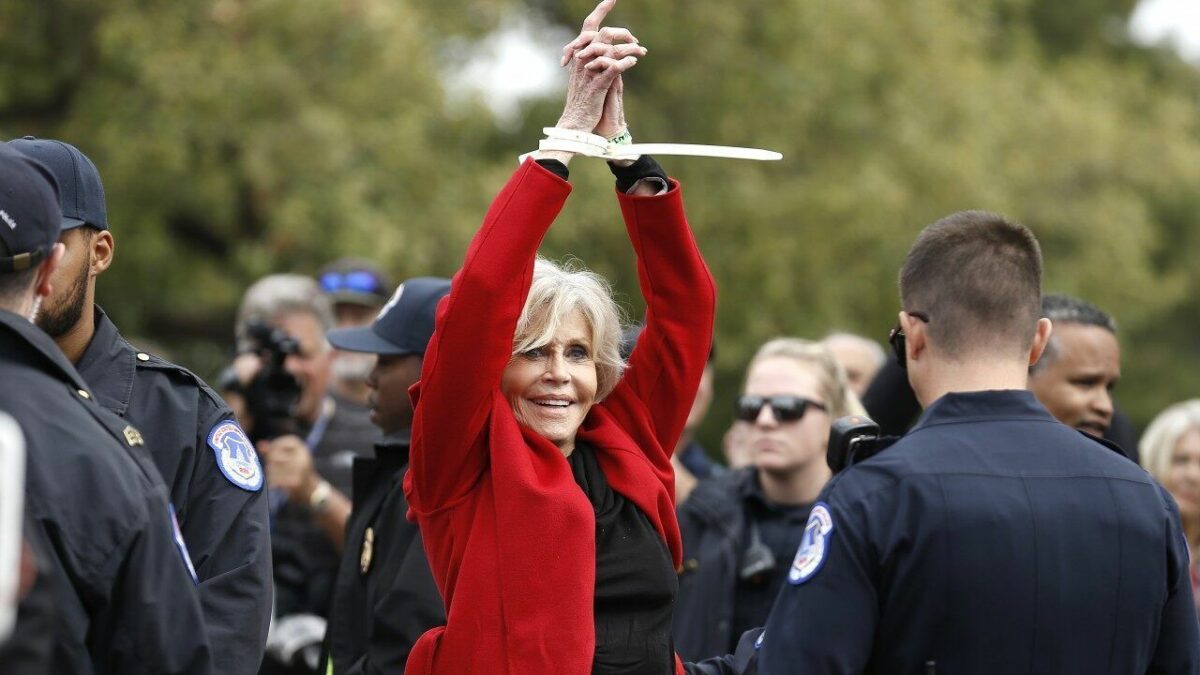 Last Friday was the 5th Fire Drill Friday at the Capitol in DC and it was swell in every way…wonderful speakers, especially Phyllis Bennis, longtime activist and policy expert on militarism and war, Ben Cohen of Ben & Jerry’s Ice Cream and Krystal Two Bulls, a Lakota Sioux, Northern Cheyenne Army vet who is an environmental activist and a member of the terrific vet group About Face. 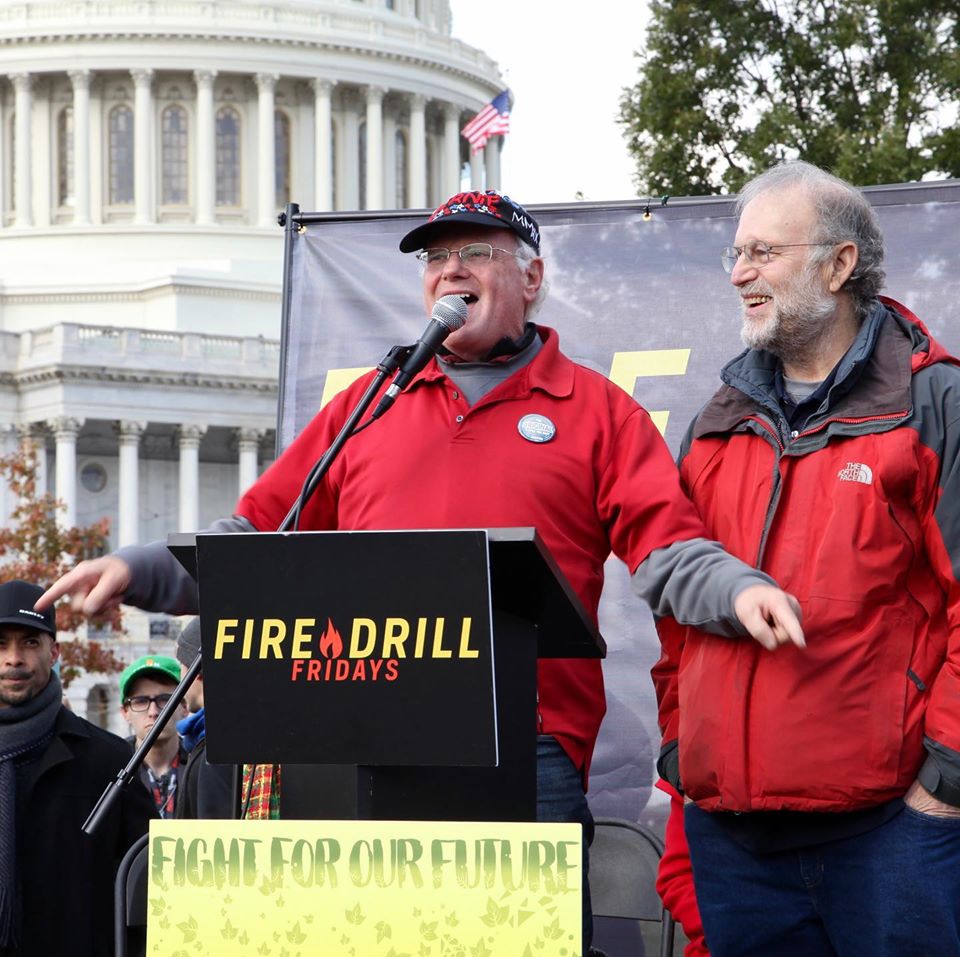 This time Friday’s focus was on war, the military and climate change. I learned so much preparing for our Thursday night teach-in which is live-streamed @firedrillfriday and the next day’s rally. I have known that for the last 40 years, our wars have been about fossil fuel. But I didn’t know that the Pentagon is the largest institutional user of fossil fuel. And that 53 cents of every discretionary dollar of the federal government goes to the military and that we can cut billions of dollars from the Pentagon budget and still be safe…in fact, we’d probably be safer because, another thing I learned was that we can’t successfully fight terrorism militarily. It must be done through diplomacy and, frankly, empathy. One reason Al Quaeda bombed the U.S. on 9/11 was because we had our troops stationed for decades on their lands, indirectly to guard their oil and some of those troops were stationed on their sacred sites, which roused lethal resentment and shame. “How can we allow this disrespect, this shaming to continue?!”

After the rally we merged with a march calling for Trump’s impeachment and began the 2-mile march from the Capitol to the White House to engage in civil disobedience there because Trump is withdrawing the U.S. from the Paris Climate Treaty. We stopped along the way to give support to the Dreamers who were heading to a rally in front of the Supreme Court which, next week, will hear a case which may decide the fate of Obama’s Deferred Action for Childhood Arrivals which gives these young people a needed pathway to citizenship. It was a beautiful moment of true cross-movement love… otherwise known as ‘intersectionality.’ 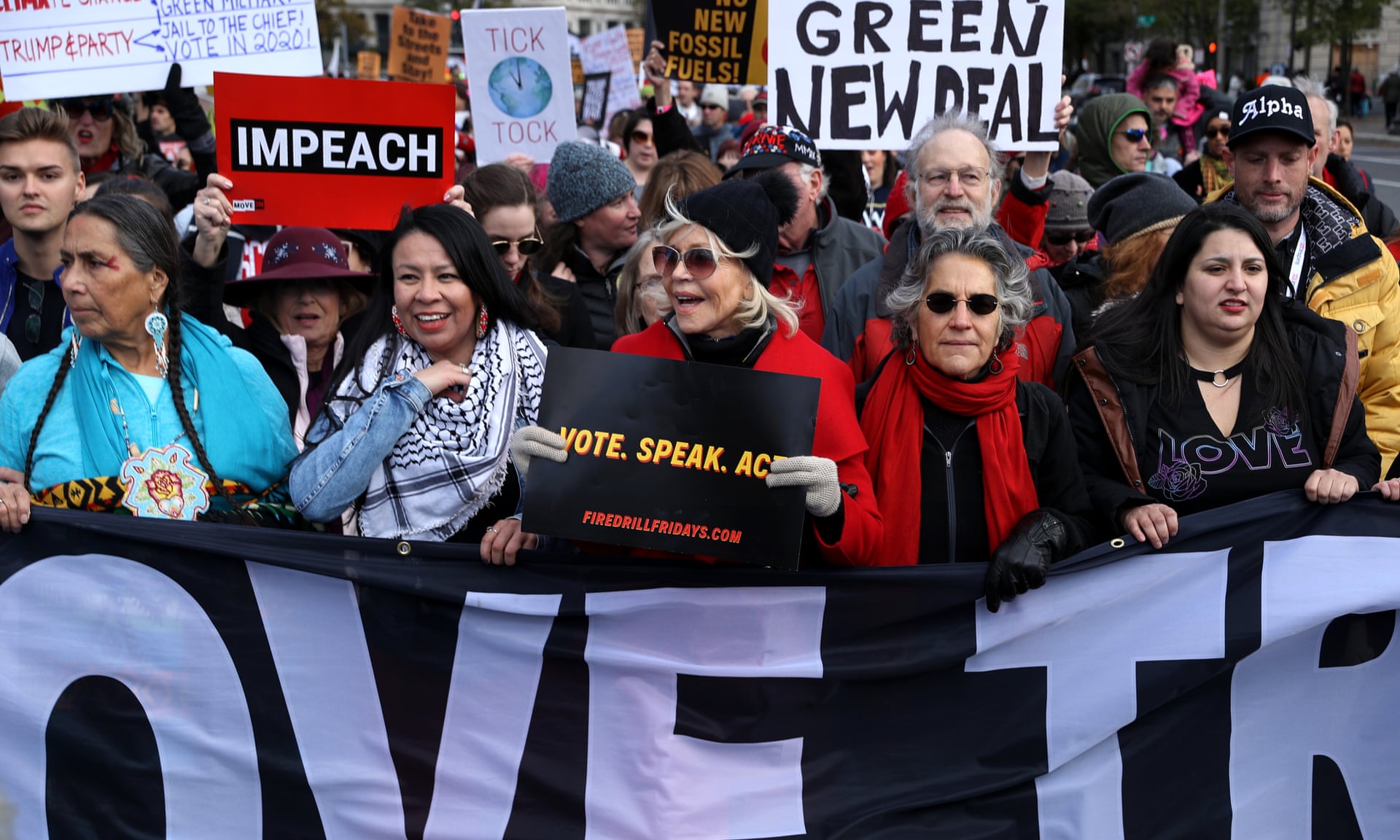 But even if they had arrested folks, I would have stepped away at the 3rd warning. I have been advised that, because I’ve had 4 arrests in a short period of time and I have a court date coming up mid-November concerning those arrests, if I get arrested again before then, I risk 90 days in jail.

The purpose of the Fire Drill Fridays is not to get arrested. The reason we are doing this is because we want to join with the students climate strikers and Greta Thunberg to raise awareness of the seriousness and urgency of the emergency and urge people to take action, including civil disobedience. Let me quote what Greta says in her book, “No One Is Too Small To Make A Difference“: 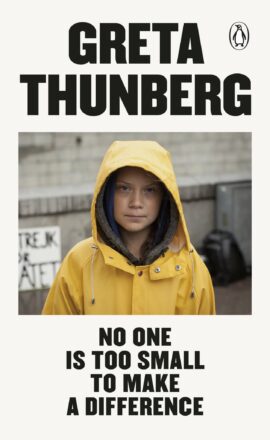 “Today we use 100 million barrels of oil every day. There are no politics to change that. There are no rules to keep that oil in the ground. So we can’t save the world by playing by the rules. Because the rules have to be changed. Everything needs to change. And it has to start today. So everyone out there: it is now time for civil disobedience. It is time to rebel.”

I can rebel and be more effective outside of jail. That said, civil disobedience is to be respected and honored and I deeply honor those who engage in non-violent civil disobedience to call attention to the greatest challenge humankind has ever faced: The climate crisis.

Today 45 people were arrested at #FireDrillFriday 🔥 . Climate change is a women’s issue! And women are at the heart of climate solutions. Around the world, women and girls are leading climate solutions, from stopping deforestation and improving agricultural practices to leading Climate Strikes and running for office as the kind of real climate leaders the world needs.

If my followers on social media want to know how to get involved you can text ‘jane’ to 877877.