I went east a few days early. Thank goodness cause jet lag was alive and well even 3 days later. My friends, the Bickfords, offered to let me stay in their beautiful East side apartment. Great bed, great sheets (waaaay high thread count, which counts when you’re desperate) and I still couldn’t sleep. I think it was the fault of Sutton Foster who so inspired me with her joyful, shining presence in “Anything Goes” that I developed a new regret…I never learned to tap dance. So I decided then and there I will take lessons as soon as this book tour is over. Problem was, I tossed and turned all night (3 whole nights!!) in bed as I imagined myself in a Broadway musical. Yep, it’s all Sutton’s fault. 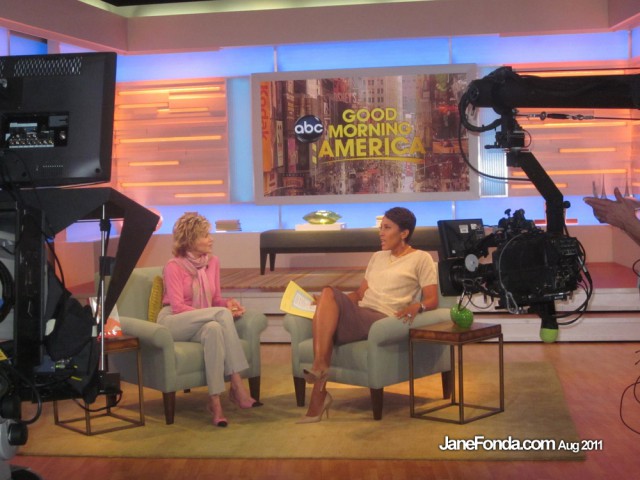 It began with Monday’s crack-of-dawn (if you’re from Calif and haven’t slept) Good Morning America. I was numb so not sure how it went. After GMA Gayle King interviewed me for her radio show on OWN TV. I love talking with her. We could have gone on forever and, who knows, maybe one day we will. Then more radio shows. Fun cause they were with people I knew from before like the wonderful Joan Hamburg. That night was Nightline. Didn’t see cause tossing and turning and tapping. But feedback has been super. I can’t wait to see how I look taking my 2nd tennis lesson (see, I’m learning a lot of new things…I write about why this is important in PRIME TIME…gotta walk the talk) and riding, fishing, tooling around my ranch with Tulea. 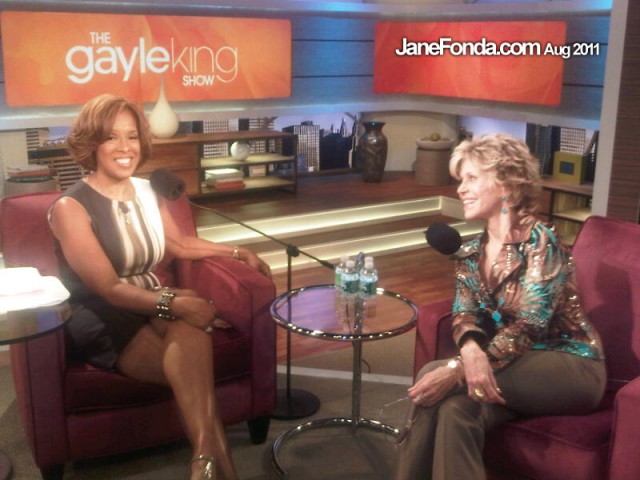 Tuesday was Regis and Kelly. In my last blog I said what I planned on wearing, that I would be all colorful and shiny. Well, boy did I get a lot of feed back on my shiny turquoise and brown jacket by Clara S. I got it at a Beverly Hills store called Harrara on Bedford….2 years ago. I did a radio show, for wowOwow radio on Sirius XM with (drumroll here) Leslie Stahl and Cynthia McFadden (who interviewed me for Nightline as well.) 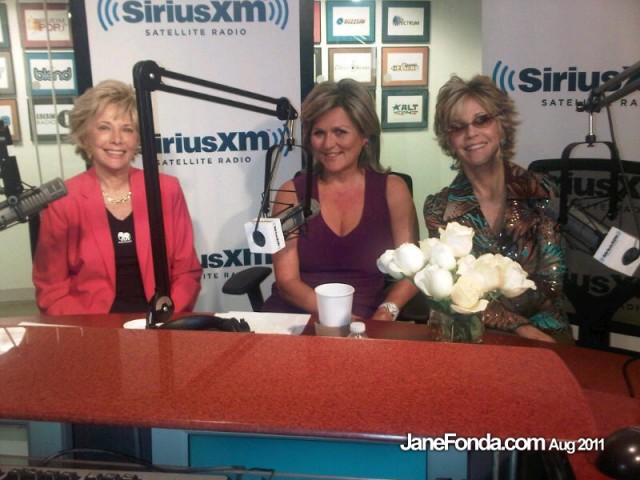 With Leslie Stahl and Cynthia McFadden

Then lots more radio press, a couple of local TV shows, taped a full hour with Charlie Rose which was the most fun I’ve had on his show. Then I spoke and signed books at the 92nd St Y. My virgin book speech, as I titled it. Great crowd that included friends and family—Simone’s mother and father, Richard’s cousin Howie from Brooklyn, Rev Debra Haffner and her hubby Ralph, Cristina Biaggi, my friend who was thrown out of Vassar for dancing nude (except for wolf skins around the groin) beneath the full moon. There was a group of them there who called themselves Wolf Women. She came up to Woodstock last July to teach us how to do a full-moon Luna dance around a bonfire for the movie I made there, “Peace, Love and Misunderstanding”. (I play a hippy grandma who does such things). 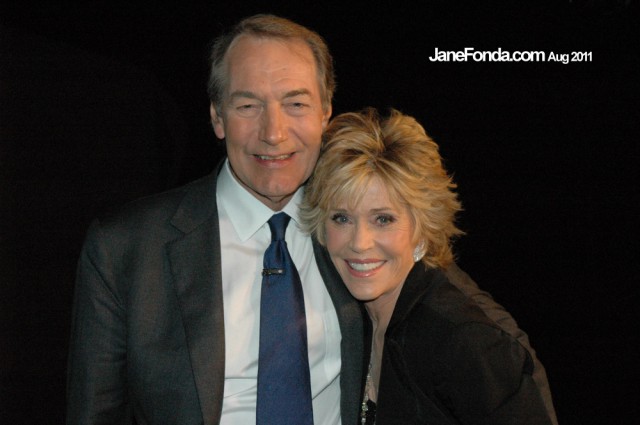 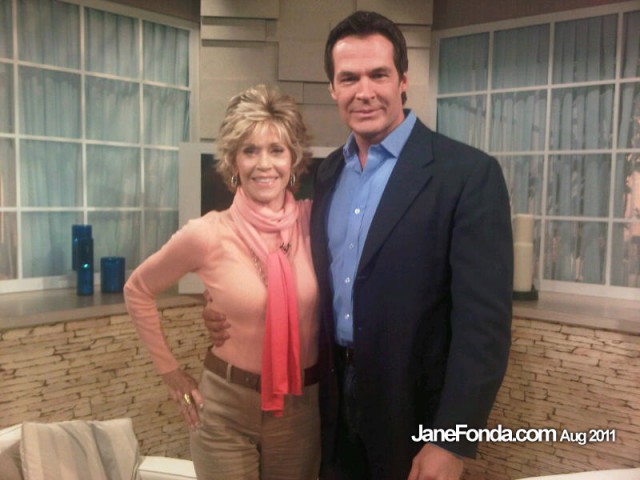 Wednesday I again woke at the crack to do almost 3 hours of what is called the TV satellite tour. You sit there staring into a blank space and every 3-5 minutes you are beamed up into a new city. It may sound hard but let me tell you, back in the day, when I started out in movies, we were expected to actually TRAVEL to each of those cities. No kidding. I inaugurated a new orphanage in Denver, I was Queen of the Kansas City Police Gazette Parade, I danced at some mid West teen dance show…could it have been Dick Clark’s American Band Stand, complete with bobby socks and crinolines? That was way harder. It would take a month, at least. 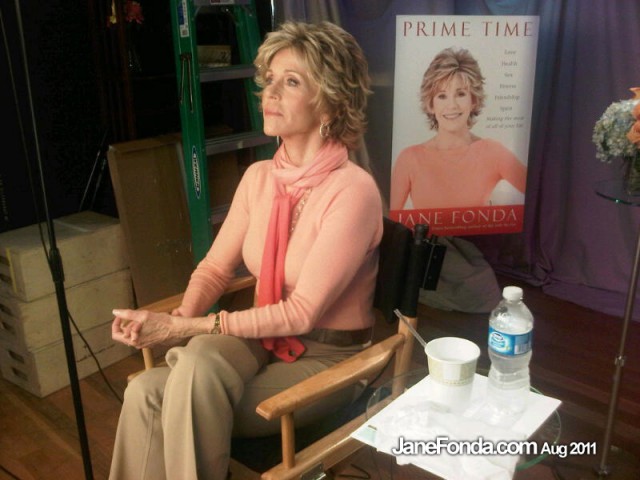 That night I was on The Joy Behar Show—for the full hour. First time she ever did that!! I am honored. We talked about marriage and why would one do that again at my age and she seemed to agree and then, the next night, she went and got hitched. Was it something I said? But, I am very happy for her…and what a lucky guy he is. They have been together for about 29 years. (I gotta assume that’s who she married!) Got great feed back from all the shows especially Joy’s. 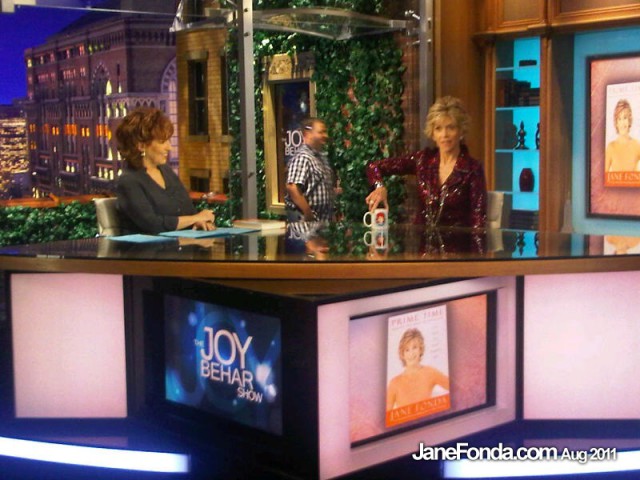 After Joy I spoke and signed at Barnes and Noble at Union Square. That was fun too. Oh yes, I quickly taped an Extra segment while there. Then I was driven to the Newark airport while being interviewed by Nancy Haas for Newsweek and flew to Washington, D.C., slept…finally…and then did the Diane Rehm radio Show (NPR), one of my favorites. 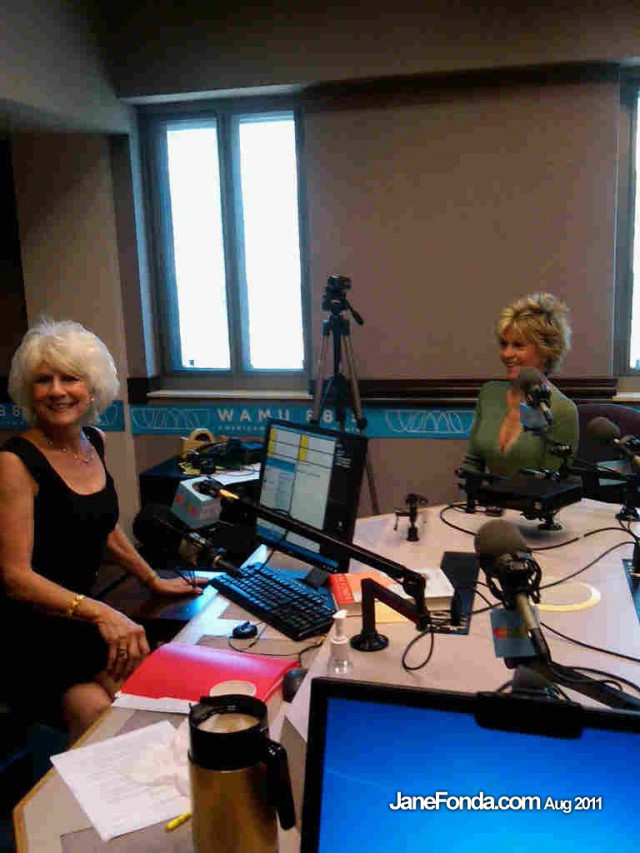 I was thrilled to be there with her and on my way out I ran into my friend, the awesome banker from Bangladesh, Nobel Prize winner Mohammed Yunus, founder of the Grameen Bank with gives micro loans to the poorest of the poor—WOMEN. As a banker, he’d learned women are the best at repaying loans, even poor women.. We hugged and reminisced and then I ran to catch a plane and come home. 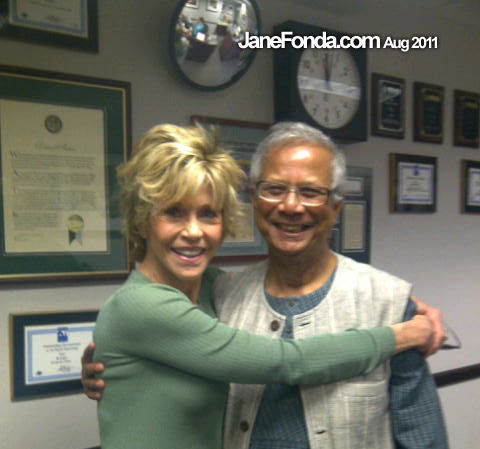 Friday I did Jay Leno and then ……well, enough already. More on that later. I am getting tired all over again and I have to get ready to give a talk and sign books at Barnes and Noble at The Grove in L.A. You can find clips of the shows I taped in NYC on my Facebook page now, and I hope to get some more of what you missed uploaded here by the weeks end……

Share This Post
Previous ArticleA Letter From the Women’s Media Center on “Gloria Steinem: In Her Own Words” DocumentaryNext ArticlePRIME TIME BOOK TOUR…WEST COAST EDITION
You May Also Like 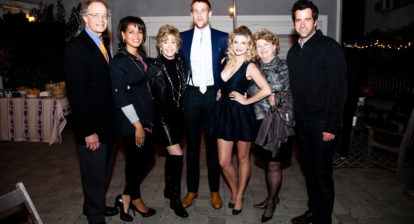 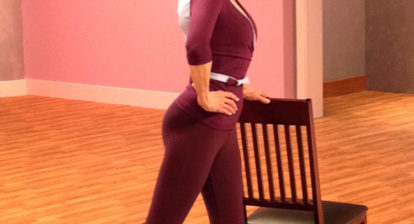 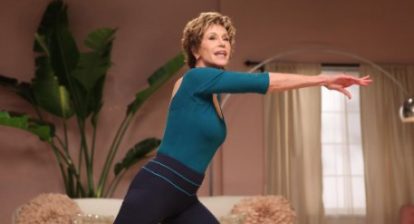 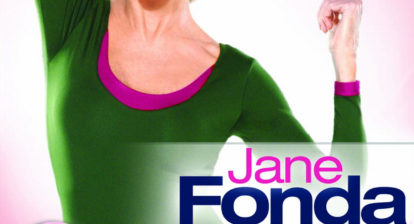