Friday night we had a fantastic dinner party (lots of really good restaurants in Ann Arbor) with Florine Mark, President CEO of Weight Watchers International and Carol Rosenberg, mother of Paul Rosenberg who is long time manager of Eminem and Richard’s college friend who is President and CEO of Jewish Community Services. Turns out the woman who will replace her when she retires (soon) has a Coton de Tulear like my pooch, Tulea, and GOT IT FROM THE SAME BREEDER IN MONTREAL AS I GOT TULEA. Imagine, at a dinner table in Ann Arbor I eat with a couple whose dog is related to mine…an uncommon breed!!!! Today we will continue to tour the campus, give a Q and A, and go the football game! 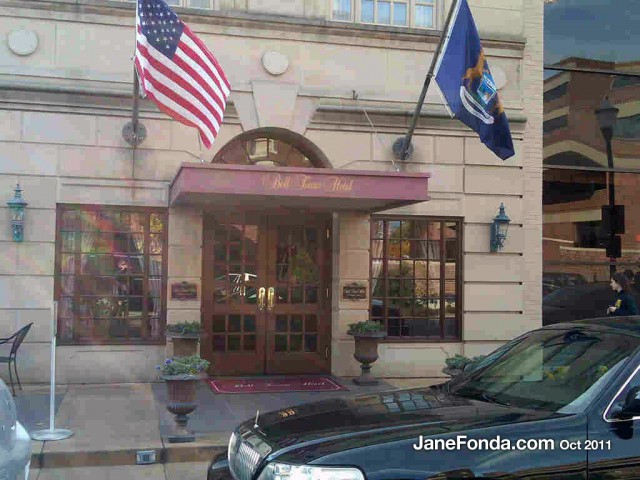 We stayed at the Bell Tower Inn in Ann Arbor. 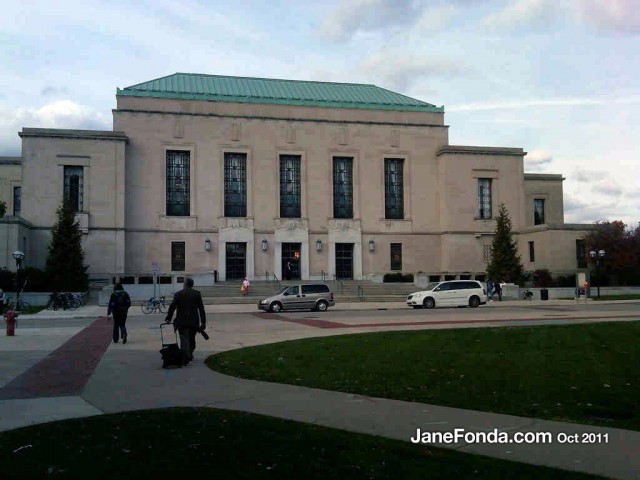 Outside Rackham Auditortium where Richard and I spoke—together today. A first. 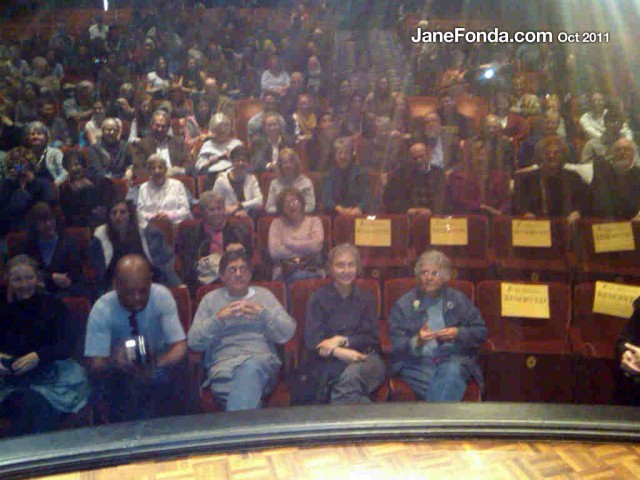 Inside The audience--a mix of community people and students. 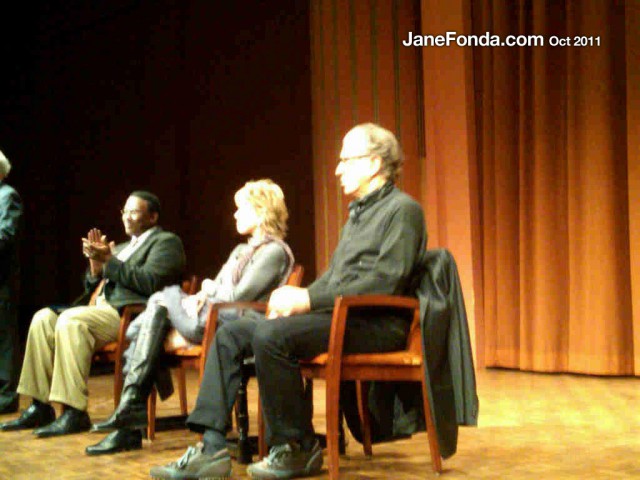 I'm used to doing Questions and Answers before large groups. Richard isn't and he did a great job, instructive, a rare perspective and funny too. 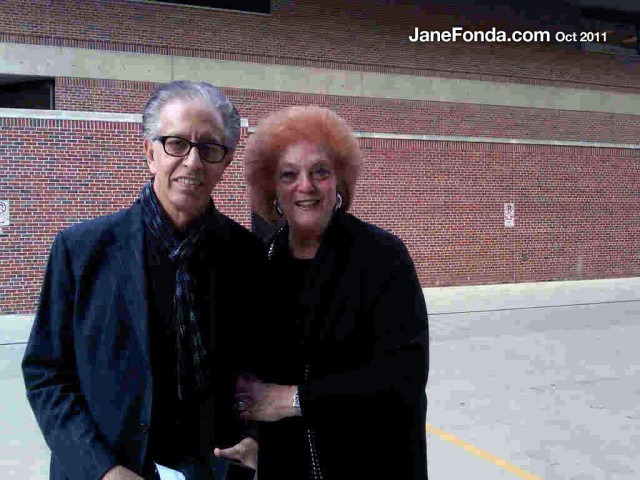 Richard with Carol Rosenberg who was in Theatre and education. Richard was in music education majoring in playing the oboe. 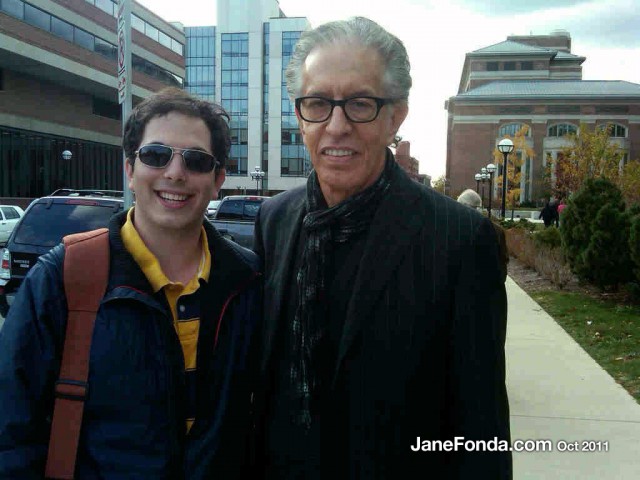 Richard with Andrew Goulston who is attending the School on a Richard Perry Music Scholarship. 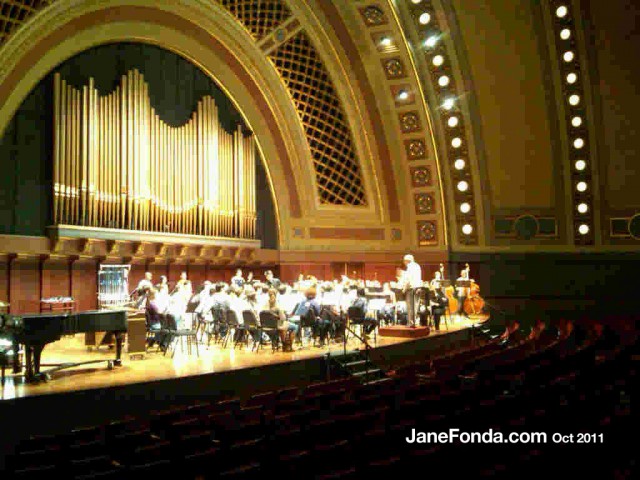 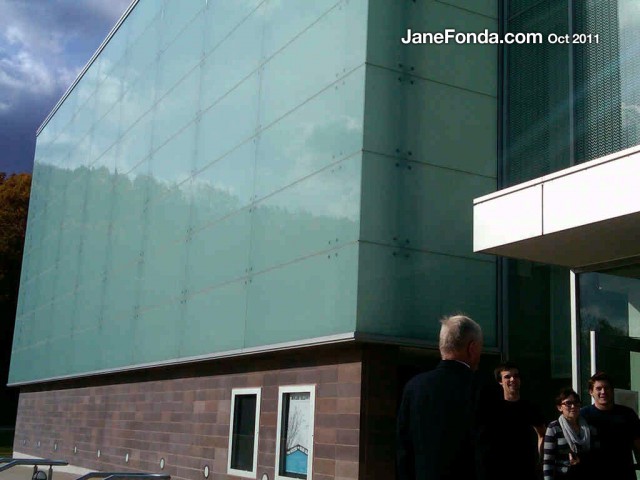 The Green glass wall is the Arthur Miller Theatre. 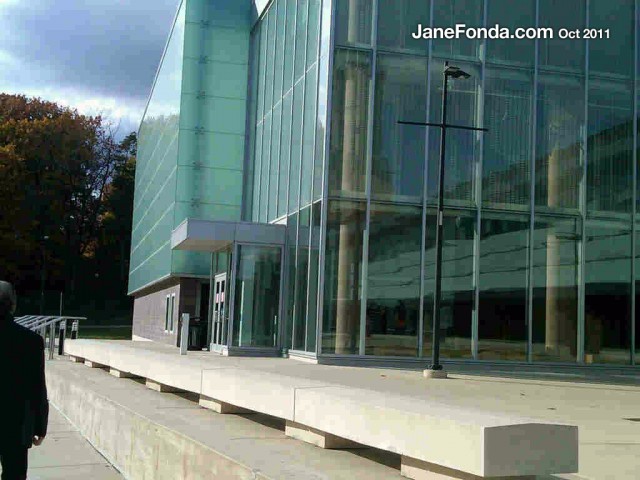 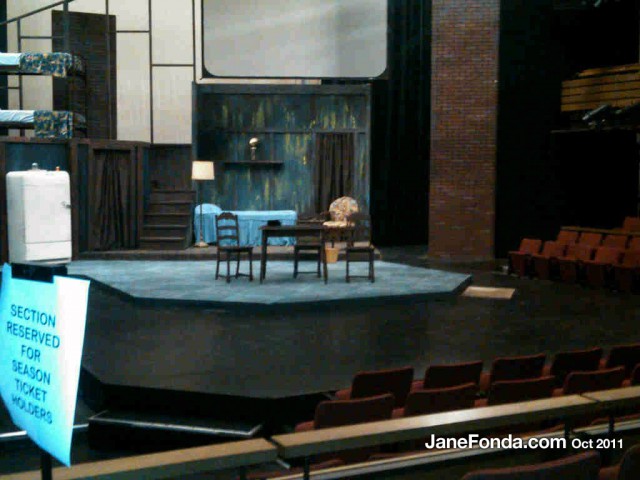 Inside the Arthur Miller Theatre. Stage set for a Community theatre group doing "Death of a Salesman." Miller insisted the theatre be very flexible so it can be proscenium or the apron can extend out over an orchestra pit as shown here. It holds about 222 people. 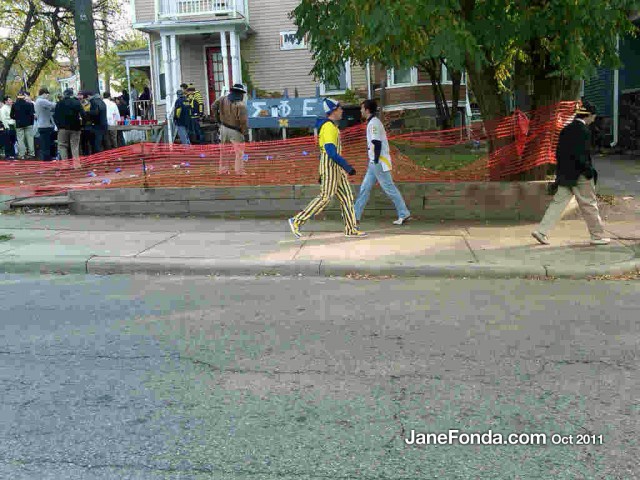 We passed by some Frat parties on the way to the game. 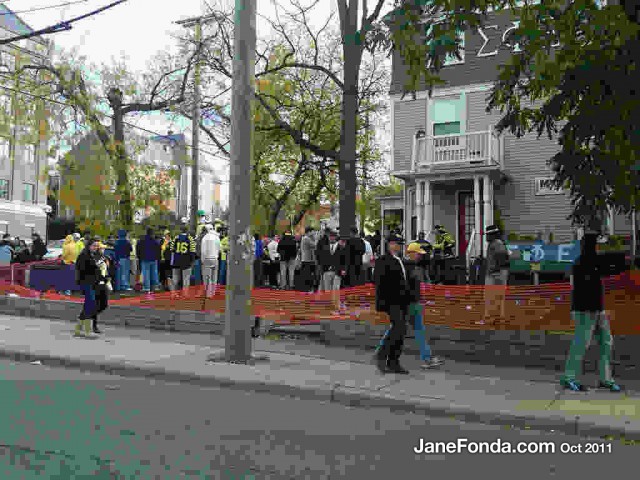 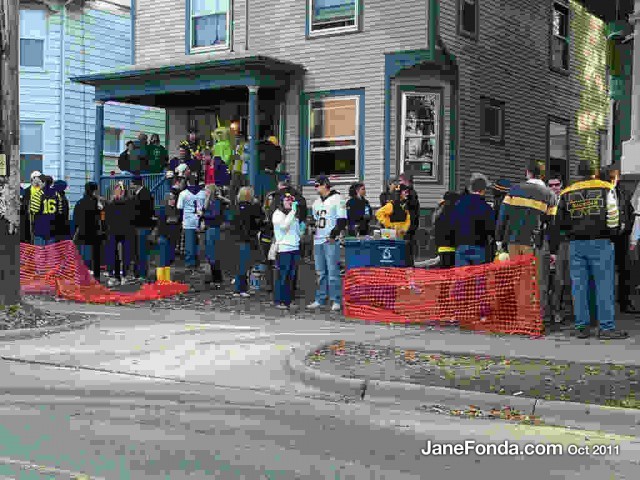 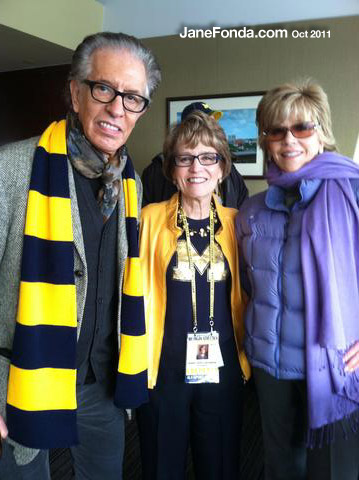 Richard and me meeting with the President of University of Michigan, Mary Sue Coleman. President for 10 years. 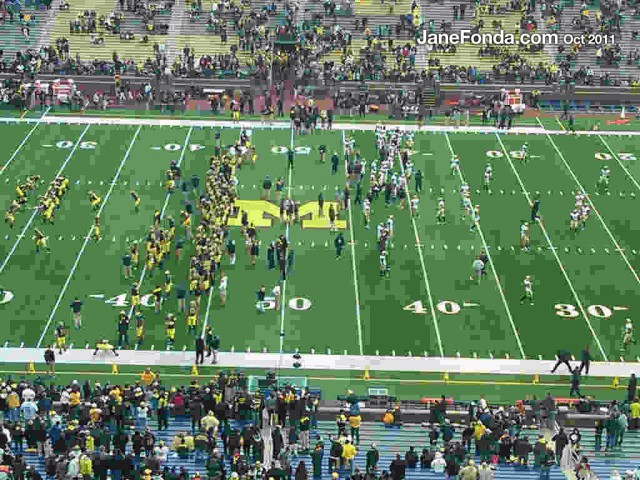 U of M Stadium View Box 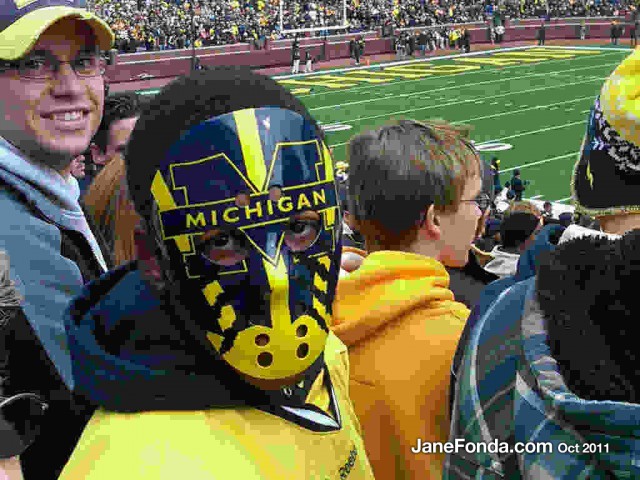 This was my first University of Michigan Football game and I was excited! And they won, which made it even more fun. They call this stadium "the Big House." I even learned the fight song: "Hail to the victors valiant, hail to the conquering heroes, hail, hail to Michigan, the champions of the west." Sometimes their chants sound like the Tomahawk chop song. Okay, so I'm a little homesick to the Braves. 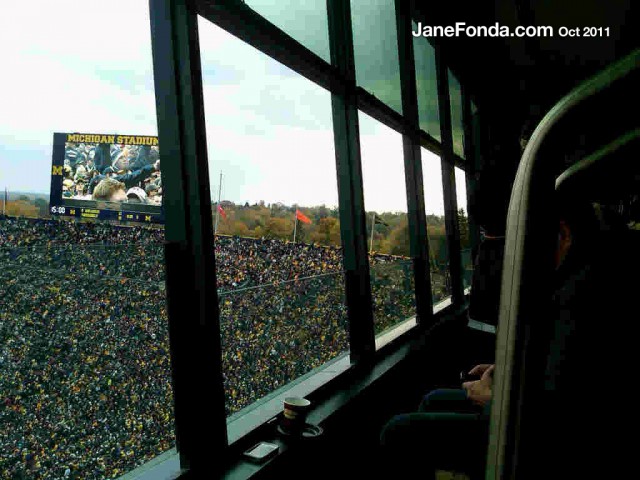 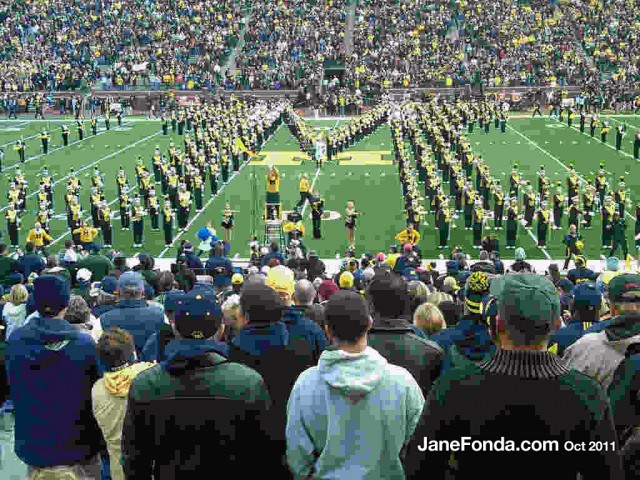 In fact, this is the first football game I've been to since a Harvard-Yale Game when I was 18. Between then and now it's all been baseball. This is the View from the University President's box. We actually sat most of the game down near the field on the forty five yard line, until we got a little too cold. 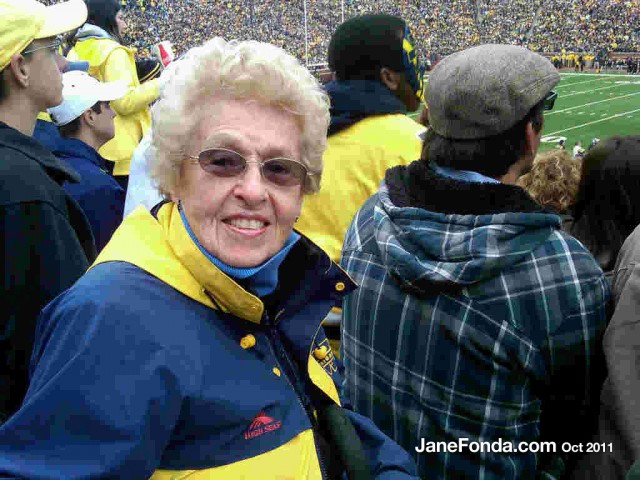 87 year old Mrs Pilcher's husband was a Prof of Finance at U of M. She's been coming to games for 65 years. Now she comes alone but still comes. Has 17 grandchildren all involved in sports. 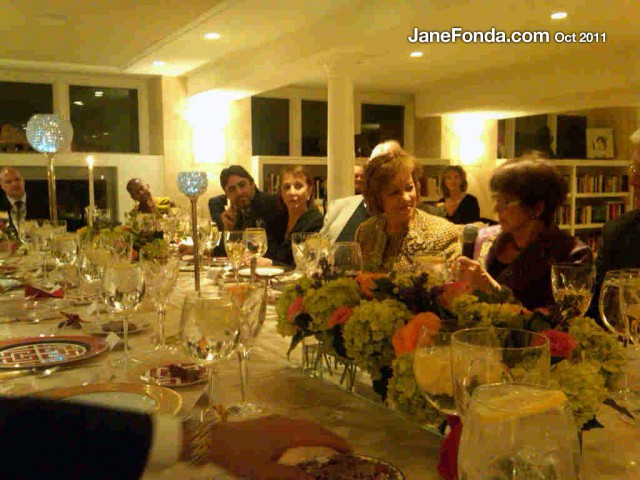 Following the game we attended a dinner party at the home of Florine Mark, President and CEO of Weight Watchers International who is hosting a speech I am giving on Sunday. 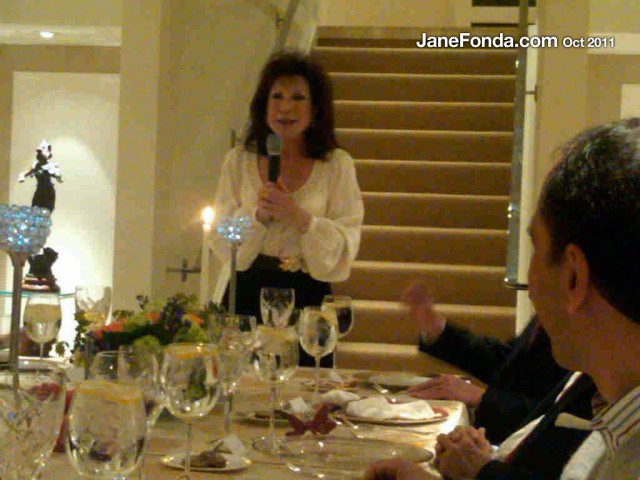 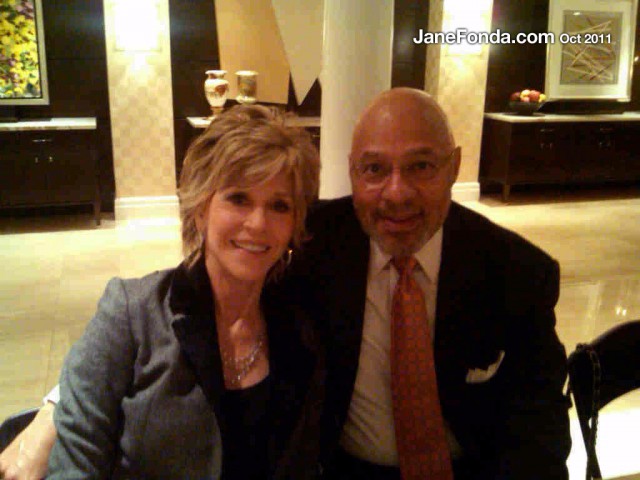 Here I am with former mayor of Detroit, Dennis Archer, who knew friends of mine from Detroit from years ago like Hamish Sinclair and Ken Cockrel.