Richard is an alum and has given scholarship money for the School of Music, Theatre and Dance which now ranks 3rd in the country. This school is unusual in that it combines the performance conservatory functions with the intellectual study of the arts including research. A top tier performing arts school within a top tier research university. And so attract students who want to hone their particular talent but also broaden their global understanding of the world. This may be unique to the University. 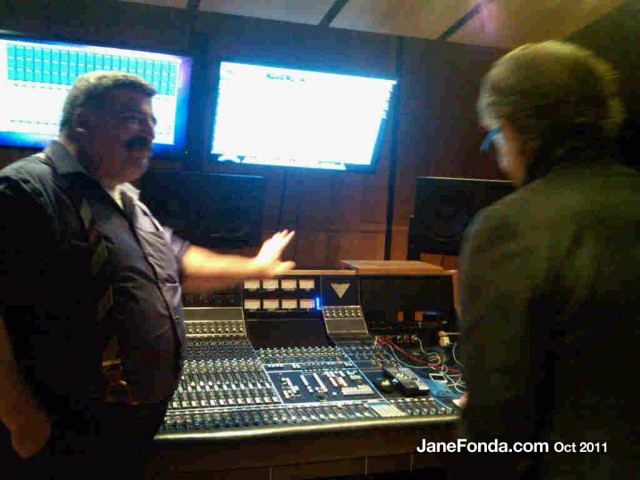 Dean of the School of Music, Theatre and Dance, Christopher Kendall, showed us around the facilities. Here is Dave Greenspan, the managing producer for audio, explaining the state of the art equipment to Richard in the Electronics Music Studio which has just been installed, and is state of the art. 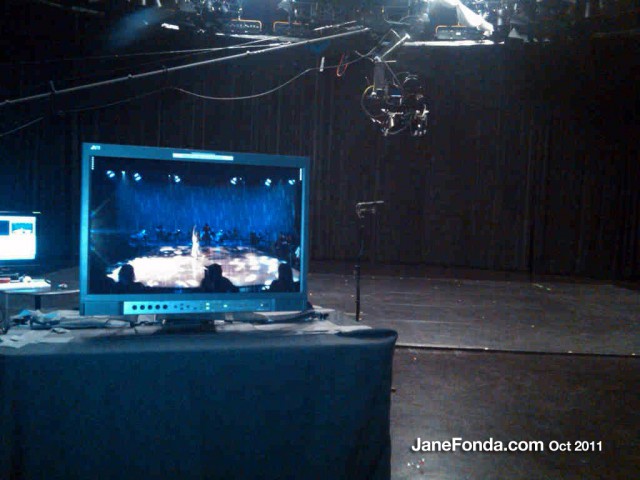 Here's the video studio which holds a 30 piece orchestra plus dancers. 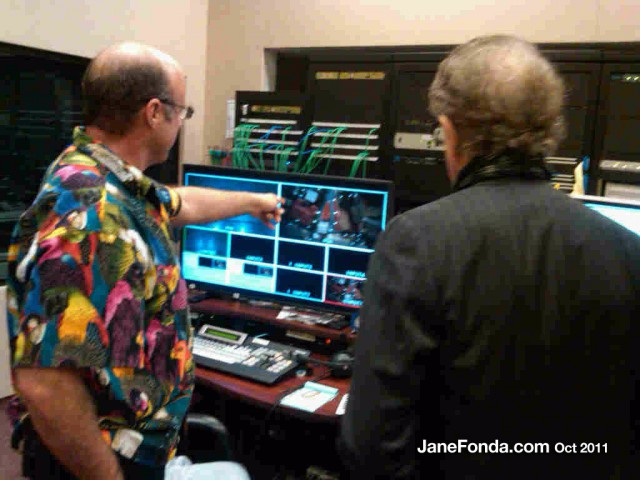 Richard being shown the Control room. 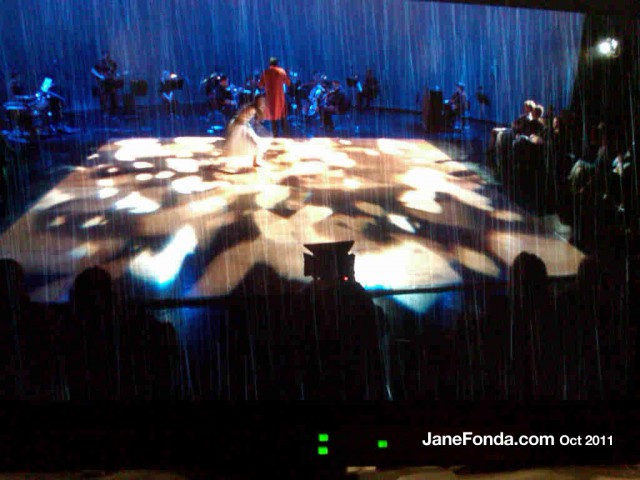 A performance with orchestra, and lights and dancers on a monitor 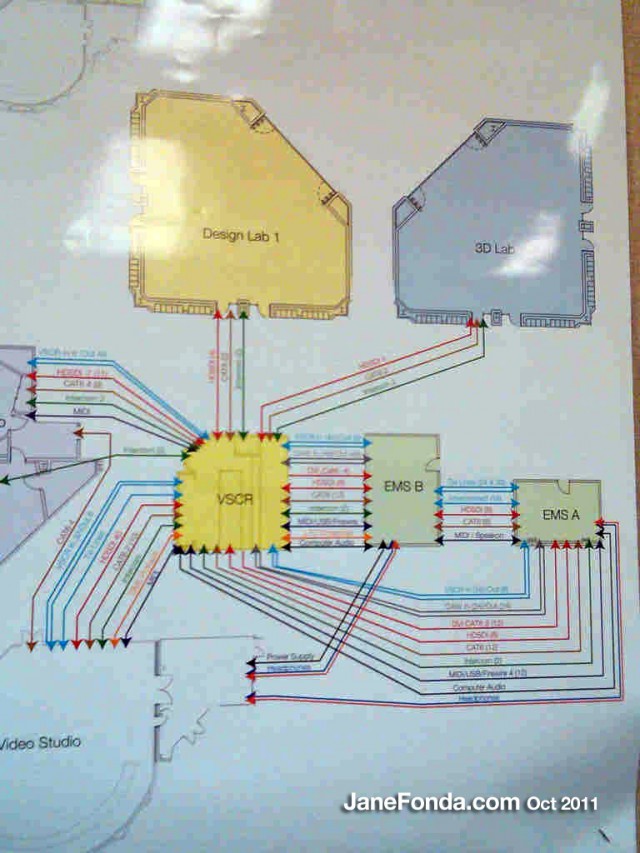 This is the diagram of how all the various studios are interconnected, all wired up. 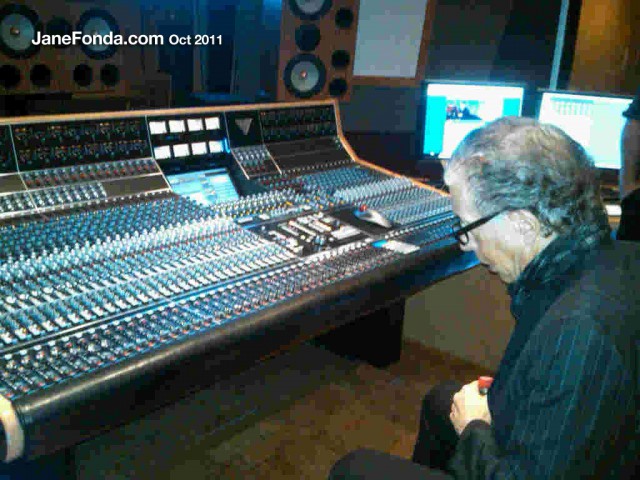 The audio studio which is an open resource 24/7 for the University community. 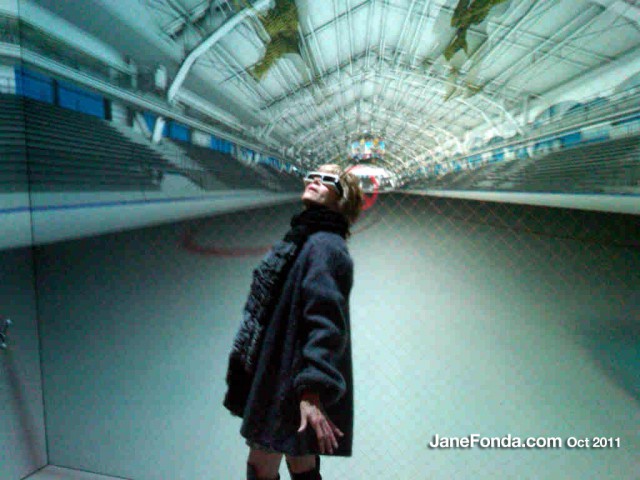 The "virtual reality cave" where, in this case, it is possible to see virtually what the new scoreboard on the hockey rink will look like and how the enormous statues of hockey players hanging from the ceiling will improve acoustics in the actual stadium without having to do it in the actual stadium which would be prohibitively expensive. 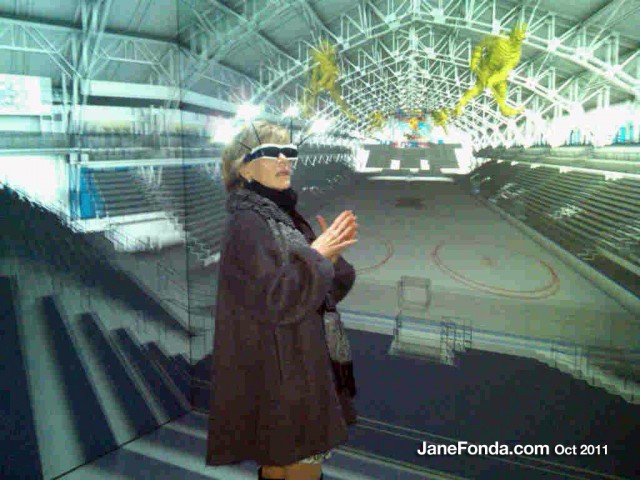 I put on the glasses and it was wild. They can have speakers going and determine if the hanging players make a difference 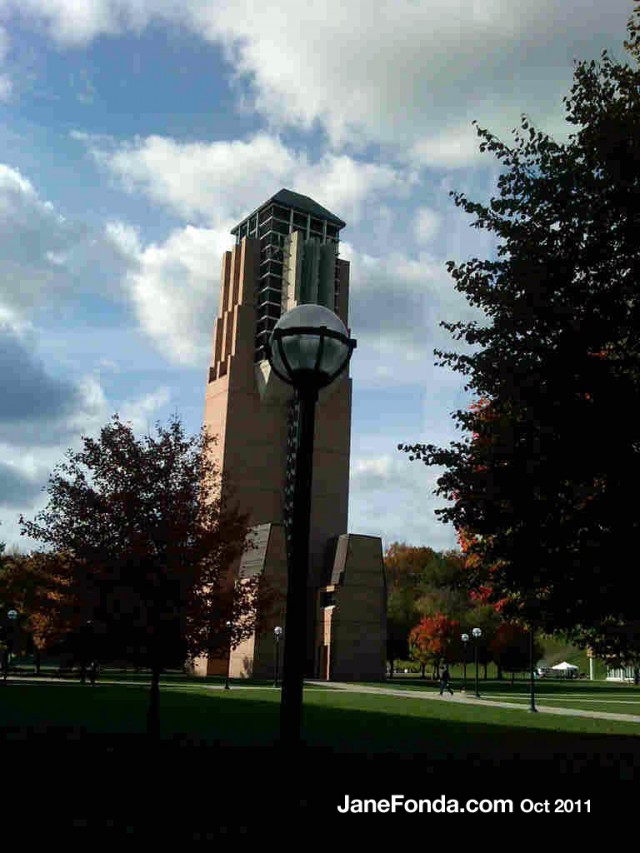 The impressive Bell Tower on the North Campus 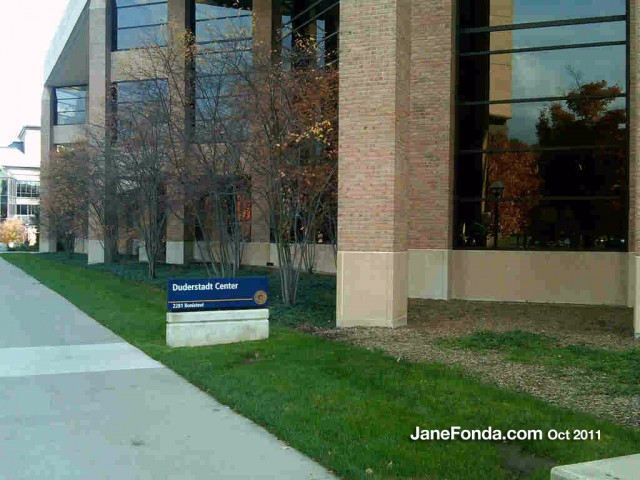 The new building where much of the arts, music, technology, urban planning and audio/video studios are located. Richard was blown away. He says that in his day north campus was forlorn.