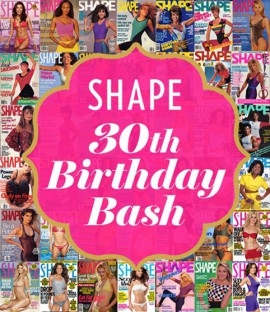 At SHAPE magazine’s 30th birthday celebration in New York on October 26th, I am being presented with the the magazine’s Shape Your Life Award. I feel very honored by this. But I am also very cognizant of the people who made this possible for me and I want to name them here. First, there was Jack LaLanne whose original, groundbreaking TV exercise show impressed me and made me wonder how come only men seem to be doing this stuff. He was the pioneer. And there couldn’t have been a more loveable, consistent pioneer. Then there was/is the also loveable and pixilated Richard Simmons, who had (as far as I know) the first real workout studio. And what a HUGE contribution he has made to people’s lives! He is adored by so many and he deserves it. (He still teaches packed classes at his Simmons Studio and I intend to go take a class soon). He also travels and speaks and does benefits. He is indefatigable! 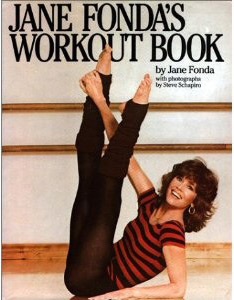 Then there is the woman, Leni Cazden, who taught me the Workout at Gilda Marx’s studio that became the template for the first Jane Fonda’s Workout. Then there was Stuart Karl, the father of home videos. His wife, Debby Karl, read my first workout book and told Stuart, “You should get Jane to make this into a video.” He approached me about it and I said “no!” No one I knew even owned a video player. They were way too expensive. But Stuart persisted and finally I gave in. See, at that time, I didn’t even own my workout business. All the proceeds went to The Campaign For Economic Democracy (CED), a statewide nonprofit in California that my then husband, Tom Hayden, and I launched in the late 70s. There was a recession and fundraising was very hard so we figured starting a business would be a good way to fund the work we did. Little did we know how successful it would become! I said ‘yes’ to Karl because I figured that home videos might be an even more lucrative means of generating funds for CED. (I later bought the business back so I could use the proceeds to grow the business.)

I didn’t realize that timing was on my side. The home video industry was poised, just waiting for a product that would be so popular that people would fork over the money to buy the hardware to “do Jane” as people came to call working out with me—over and over. It helped that I was already a film star.

Some of you are too young to remember those days when women were not supposed to sweat or have muscles. If you went, say, to the Beverly Hills Health Club, there was a real gym for men, and for women there was a room with these machines you’d stand on with a wide rubber strap that reached around behind your bum and, when you turned the machine on, your bum wiggled a lot. Did it do anything? What do you think? Of course not! That was then.

I am stunned and gratified by how enormous the fitness business has grown. How many 10’s of 1000s of women —and men—have made their life’s career out of teaching aerobics. And then there are the private trainers and fitness boot camps. And so many of the companies that help people lose weight—like Weight Watchers, for instance— now also encourage exercise as a critical component to losing weight in addition to changing eating habits.

So much more is known now about exercising effectively and so many new ways to get there—cross training, interval training, core training, all sorts of new equipment for resistance work, elliptical machines, recumbent bikes, Pilates, Yoga, Tai Chi—more home videos (oops, I meant DVDs 🙂 than I can keep track of. Most are for fit, young people, which is why I have gotten back into the business after 15 years with my new Prime Time fitness brand* for boomers and seniors…cause I can’t do those others (or my own old ones) anymore and I’ve learned through the research I did on my “Prime Time” book how CRITICAL it is for older people to stay active.

It blows my mind how many millions of people have embraced fitness as an overall lifestyle choice. If only we can come up with more ways to involve the millions of others who have yet to discover the benefits and, yes, the joys of working out (or even going for a regular fast walk, or climbing the stairs instead of taking the elevator, or biking instead of driving. (Jane, stop while you’re ahead!)

So when I receive my Shape award, I will have to thank all of the above people and the millions who first embraced the J.F. Workout and, as a result helped launch the whole industry.

And guess what, Dr Oz is going to be the one to give me the award. I am really thrilled that he agreed to do this because my honey and I are true admirers of his. Never have I seen a TV show that gives more cutting edge health information!