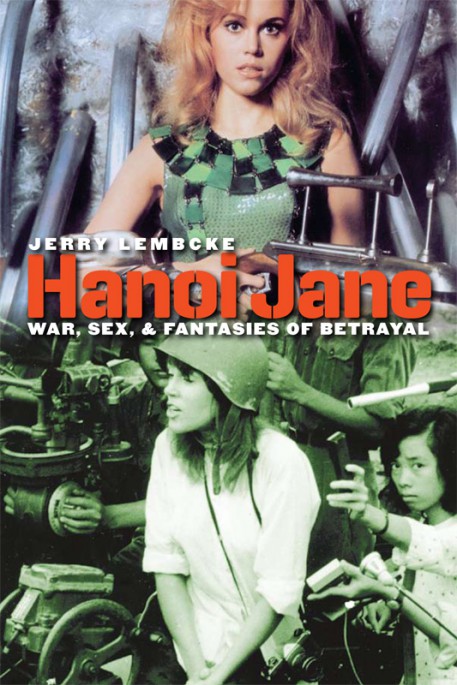 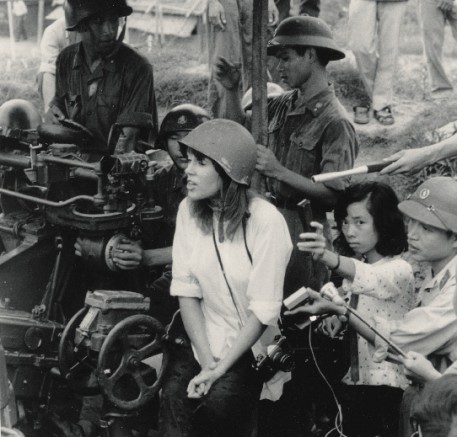 Hanoi Jane, the book, deconstructs Hanoi Jane, the myth, to locate its origins in the need of Americans to explain defeat in Vietnam through fantasies of home-front betrayal and the emasculation of the national will-to-war. Lembcke shows that the expression “Hanoi Jane” did not reach the eyes and ears of most Americans until five or six years after the end of the war in Vietnam. By then, anxieties about America’s declining global status and deteriorating economy were fueling a populist reaction that pointed to the loss of the war as the taproot of those problems. Blaming the antiwar movement for undermining the military’s resolve, many found in the imaginary Hanoi Jane the personification of their stab-in-the- back theories.

Ground zero of the myth was the city of Hanoi itself, which Jane Fonda had visited as a peace activist in July 1972. Rumors surrounding Fonda’s visits with
U.S. POWs and radio broadcasts to troops combined to conjure allegations of treason that had cost American lives. That such tales were more imagined than real did not prevent them from insinuating themselves into public memory, where they have continued to infect American politics and culture.

Hanoi Jane is a book about the making of Hanoi Jane by those who saw a formidable threat in the Jane Fonda who supported soldiers and veterans opposed to the war they fought, in the postcolonial struggle of the Vietnamese people to make their own future, and in the movements of women everywhere for gender equality.

“This is not a narrowly focused effort to compare the ‘real’ Jane Fonda to the image of ‘Hanoi Jane.’ Rather, Lembcke shows how Fonda’s demonization played an important part in a powerful right-wing campaign to attribute American defeat in Vietnam to left-wing scapegoats and to reconstitute U.S. power as well as the ideal of aggressive masculinity.” —Christian G. Appy, author of Patriots: The Vietnam War Remembered from All Sides “Pulsing with brilliant insights and invaluable scholarship, Hanoi Jane is much more than a biography of a single myth. It is an exploration of some of the tangled cultural, psychological, and historical strands that constitute American memory of the Vietnam War, memory with profound influence on American culture and behavior in the last quarter of the twentieth century and the first decade of the twenty-first.” —H. Bruce Franklin, author of Vietnam and Other American Fantasies

Jerry Lembcke is professor of sociology at The College of the Holy Cross and author of The Spitting Image: Myth, Memory, and the Legacy of Vietnam.

A volume in the series Culture, Politics, and the Cold War