I have been thinking a lot about whether or not to continue blogging. I began this whole endeavor because I wanted to take people through the day-to-day process of doing a Broadway play—after 46 years. I also thought it would be a way for me to keep my own record of the process that I could refer to in the future when I needed reminding of who said what, of how I felt, of who visited me. I hadn’t thought much beyond that and there was a nagging concern that blogging was a form of ego tripping and/or not being “in the moment.” I am fairly convinced that the latter is not true. I find myself, oddly, very much in every moment, weighing its meaning in my life, asking myself if it has meaning beyond me that I might want to share. Obviously many things go on-in my head and objectively in my life-that I do not share. But I’ve had to think about it. Hence, as I look back over these last four months, my thoughts, activities, feelings, experiences feel clearer and more acute than usual. I attribute this, in part, to blogging although I realize it may also be because of the unusual nature of what’s been happening to me.

The ego part is less clear. Perhaps that will remain so, I don’t know. Is it ego or is it becoming more self conscious? We tend to think of the term ‘self-conscious’ as meaning something bad-as being awkward or uncomfortable with oneself. But the way I am using it, it means something rather different-a consciousness of self, how our presence impacts people, how much of who we are do we actually own. I spent most of my life lacking self consciousness. This is something Katharine Hepburn criticized me for-she, the ultimate example of self-consciousness. As I age, I think a lot about this and am aware that my becoming more self conscious also means I am taking more control over my life-what there is left of it. (And realizing all the while, that the notion of us having control is so relative it’s laughable).

All this to say that the blog makes me more self conscious, more aware of the different aspects of my life, what matters and what doesn’t; what might matter to someone else  and what might not. So—I am going to continue to blog. Maybe not every day. Maybe just when there’s something going on, internally or externally, that might be of use or interest. For instance, I leave this play (and New York) the morning of May 22nd. I leave for the Galapagos Islands with a boat load of friends and family for 8 days. I was just told that I will be able to blog from there!! When Ted and I split up, I made a list of things I wanted to do before I die that I could perhaps turn into fundraisers for the Georgia Campaign for Adolescent Pregnancy Prevention. In 2000, about a dozen rich and fit friends trekked with me to Machu Pichu. This Galapagos trip is also a fundraiser and there will much to report back on and photograph. My blogging support system composed of James Andrews and J.J. make it so easy and fun.

So, between now and the fall, I will be working on my book and then, God willing and the creek don’t rise, I am going to do a movie. Because it is not 100% certain I am not allowed to say what it is or who with, but if it happens, it will be rich soil for interesting blogging. After that, I will again do an eight-day silent Buddhist meditation retreat in Santa Fe and then, hopefully, another movie. Not a bad year for an old gal. I feel lucky. But, as I have said before, luck is preparation meeting opportunity.

My main concern is how blogging will impact my book writing. I have less than a year to finish my book about aging, “The Third Act: Entering Prime Time.” My editor wants to bring it out in September or November 2010 and, as I am a slow book writer (as opposed to blog writer which I do very quickly), I have my work cut out for me. I decided last night, by the way, to make an exercise program(s) for people in their third acts to come out at the same time. I’m excited at the prospect of getting back into the fitness arena.

Got to leave now for the theatre. Eva Mendes is coming this afternoon along with a group of young women from my high school alma mater, Emma Willard, who are being escorted by the wonderful school principal, Trudy Hall. Among the girls will be three “Fonda Scholars.” I am so looking forward to performing for them. 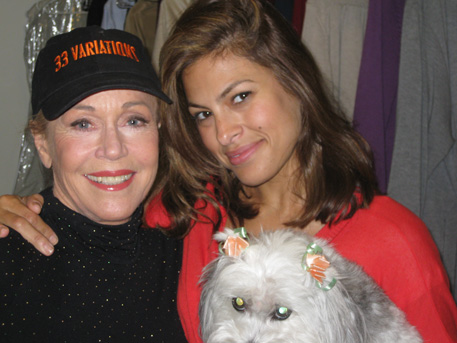 Alan and Marilyn Bergman-the world famous composers and lyricists, few things could make me as happy as seeing how profoundly they were moved by the play. I have gotten to know Eva Mendes because she is my daughter-in-law’s best friend. 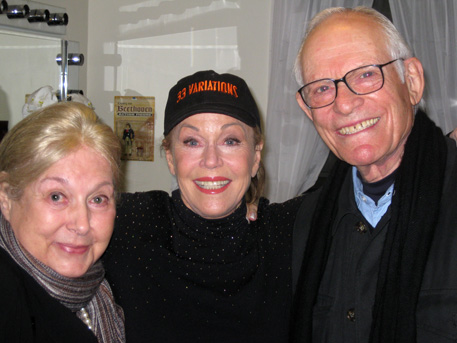 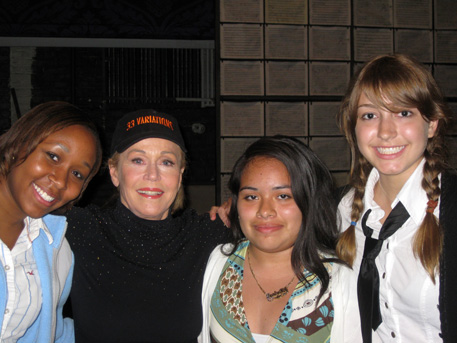 I misunderstood and thought there were going to be young women from Emma Willard. Turns out there were the 3 Fonda scholars (2 juniors and a freshman) and the others were in the vicinity of my class–give or take.

Me and the whole Emma Willard gang (photo: Micheal Rudd) 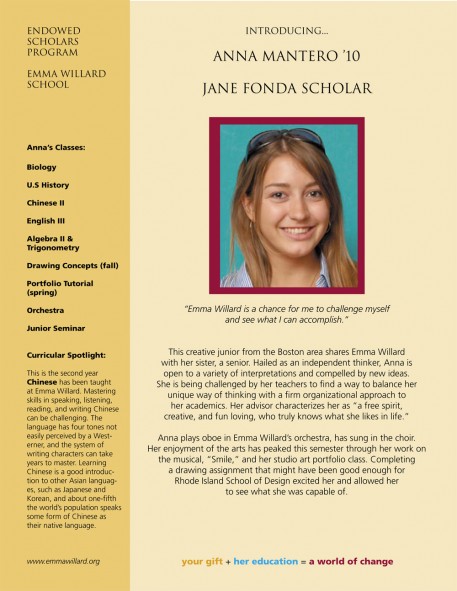 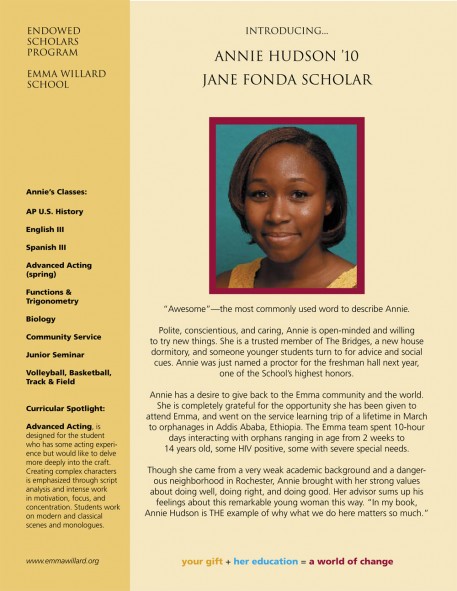 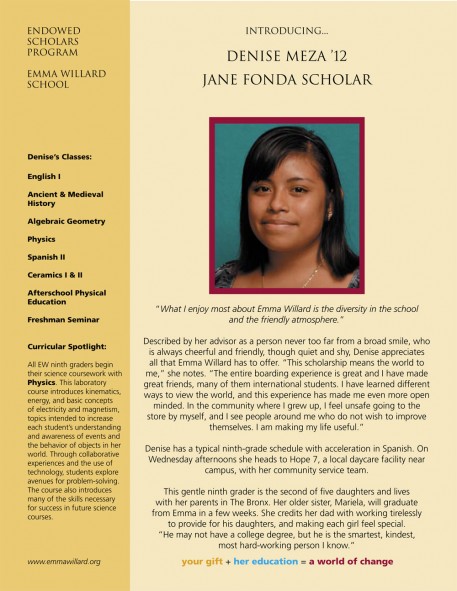