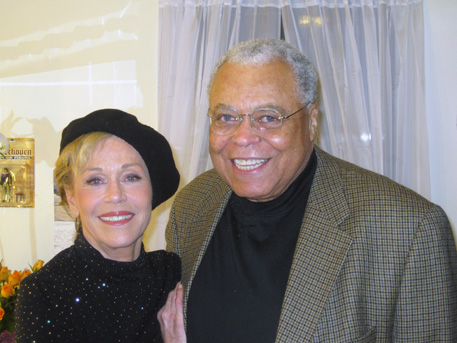 James Earl Jones saw the show tonight with his wife and they came backstage after. I had not seen them since 1994 in Moscow where we were for the CNN/TBS (Ted Turner’s vision) Goodwill Games. He looks teriffic as does his wife. They loved the show and were full of bravos for Zach Grenier who plays Beethoven. 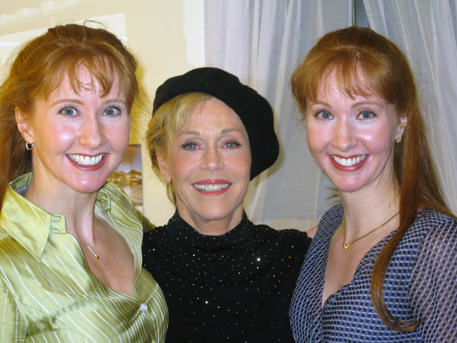 They are the nicest women. If everyone in the world had their moral fiber we’d be in good shape.