David Codikow invited us to dinner. Robbie Robertson and Al Pacino hadn’t seen each other in a long time and so this was a special event to be at. One of the things they share, besides talent, is working with Martin Scorsese. Robbie has done music on many of Martin’s movies and, of course, Al has been in a number of his films. I have seen Al many times over the years but never have seen him so happy.

Another special part of the dinner for me was seeing Diane Warren again. I first met her at the unveiling of Whitney Houston’s new album which Diane wrote a song for. Diane is perhaps one of the most successful song writers in the business. Richard produced her song, “Rhythm of the Night,” with her many moons ago. 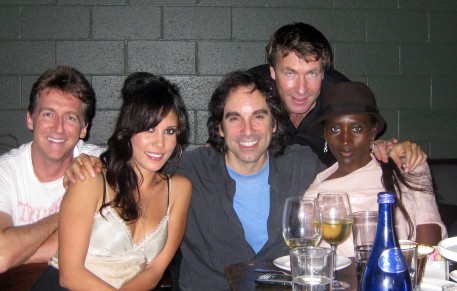 Don't know the name of the man on the far left, but the raven haired beauty is Karen, next to our host, David Codikow. Standing is Andrea Neuman and then far right his wife, Khadija 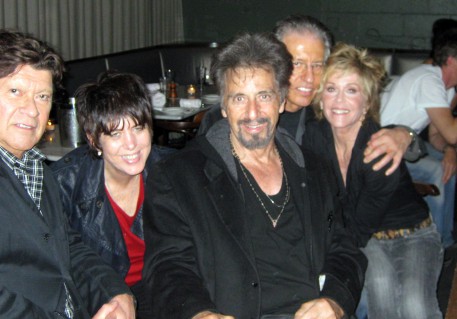 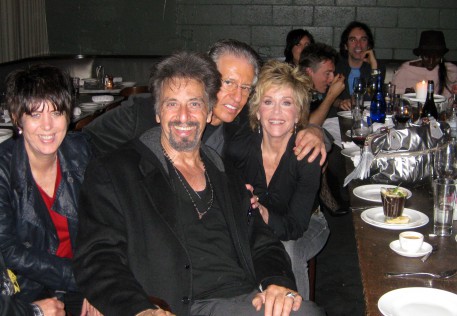 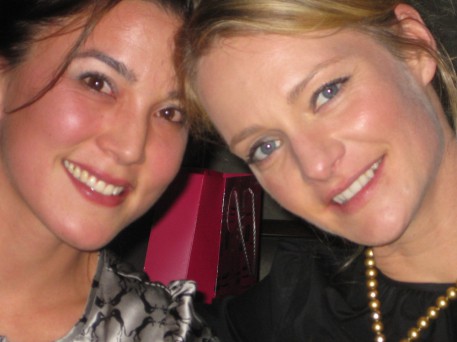 Not in the photos because she left early is PR maven and true original, Kelly Cutrone. Kelly has also been a poet and musician and I have heard her songs many times cause Richard helped her out early on and has included her stuff in some of his compilations. (He does his compilations to suit different moods and settings. His Santa Fe comp is my favorite) I gave my mug shot clutch to Diane Warren and Kelly flipped for it and said she wanted to promote it…which would be great for my Non-Profit.