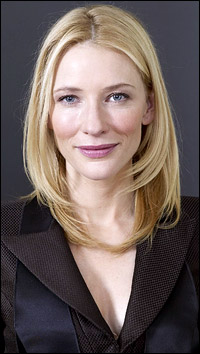 I saw Cate in “Streetcar Named Desire” on Wednesday night. Liv Ullman directed it. I will say right here that it was perhaps the greatest stage performance I have ever seen. It is a limited run and all sold out but rumors are that it may come to Broadway and, if so, don’t miss it. Liv’s direction is perfect as is everything about this production which originated in Sydney Australia where Cate and her husband Andrew have the Sydney Theatre Company. She showed us the unraveling of a fragile woman right before our eyes and did it with not a false moment. I’ve known this was coming cause Liv Ullman told me about it when she came backstage after my “33 Variations.” So I have had my ear to the ground. I intended to go back stage and hug Cate (we became friends when she and Andrew and their then baby son, Dylan, came to my ranch a couple years ago while she was filming in New Mexico. They’d planned to have lunch and ended up staying way into the starry night in the hot tub with me, Pat Mitchell and Scott Seydel). I saw her at the same Brooklyn BAM theatre in Hedda Gabler last year and we went to dinner together. What I so love about both Cate and Andrew is they haven’t an ounce of pretense, divahood– just brilliant, hardworking, regular people with a growing family. Anyway I didn’t go back cause the play is three and a half hours long and I had to catch a really early plane to Atlanta. Boo Hiss.

See You Next Time