The film traces the lifelong relationship between playwright Lillian Hellman and Julia, a wealthy girl who turns her back on her upbringing to follow her ideals. In the 1930s, while the adult Hellman (Jane Fonda) struggles to establish herself as a playwright with the help of her lover, Dashiell Hammett (Jason Robards), Julia (Vanessa Redgrave) battles the exigencies of the Nazi regime. Visiting Julia in Germany, Lillian realizes how much her friend’s idealism has cost her, both physically and financially. Lillian is asked by Julia’s friend Johann (Maximilian Schell) to smuggle a large sum of money from Paris to Germany, the better to combat the Nazis from within. Nominated for 11 Academy Awards, including Best Picture, Best Director, and four acting awards, Julia won for Alvin Sargent’s screenplay and Robards’ and Redgrave’s performances, leading to Redgrave’s infamous “Zionist hoodlums” acceptance speech. (Hal Erickson – All Movie Guide) 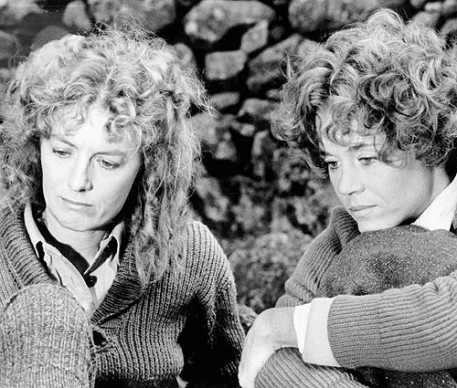 Vanessa Redgrave, left, plays the title role in the movie based on a memoir by Lillian Hellman, played by Jane Fonda. (n/a) 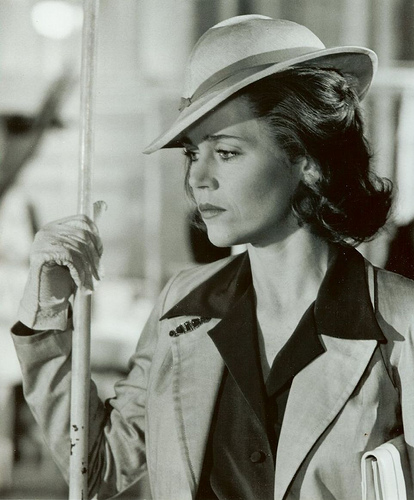 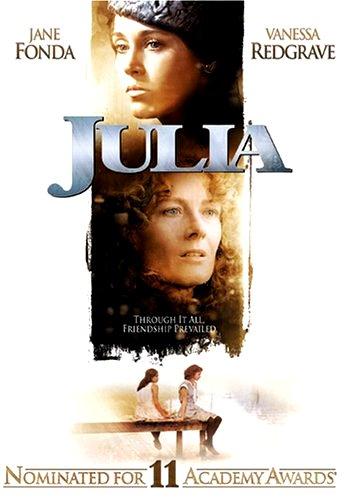