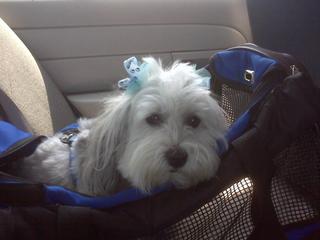 Tulea with Carole on plane en route to
Los Angeles awaiting our reunion.

My knee was replaced Tuesday morning and it’s now Thursday morning and it’s been pretty smooth going. I started physical therapy yesterday and there was a lot of pain after that but they shot some morphine into the IV and that took care of it. The worst part of it all is how the pain meds make me itch. They give me something for this but it doesn’t seem to work. Guess I’m unusually sensitive to narcotics. I’d make a lousy druggy.

The nurse took the wrappings off just now and I saw the knee with the long line of staples. Oh well. It’ll be fine. The staples will come out and the scar will fade some and the swelling will subside and I’ll be stronger than ever. As you can imagine, I will be a regular soldier about doing the rehab. Everyone says that you must follow the procedures faithfully so the knee doesn’t get stiff. I have too much I have to still do to allow myself to get stiff. Fortunately I went into this quite strong and flexible and that makes it easier.

Another fortunate thing is that I had a spinal rather than general anesthetic. What a difference that makes. I was clear-headed almost from the get-go except for the pain meds. I was given a cocktail of pain pills and relaxants before they did the spinal injection and I don’t even remember them doing it. It didn’t hurt that the anesthesiologist was a pretty woman with a great wit. Always try to go out laughing.

Here’s the best part of it though: All my friends sending me good wishes and prayers. My new blogger and twitter friends as well. Feeling surrounded by love is such a blessing it makes me cry with happiness. I feel so lucky to have such loving, generous friends. As I’ve said before, when you get older you realize more than ever the value of friendship and you learn to be intentional about acknowledging and protecting it.

Another good thing is that, for the first time in quite a while, I am motivated to start writing my book again. This is the book about aging that Random House asked me to do. I’m calling it “The Third Act: Entering Prime Time,” Performing the play eight times a week absorbed all my creative juices and then, when that ended 3 weeks ago, there’s been so much pain (and so little time). I like the feeling of being drawn back into it. I have nine chapters already done and about 9 more to go, although who knows, the book, much more than my memoirs, seems to have a life of its own and chapters appear that I didn’t initially think of. I honestly don’t know if that’s good or bad but it’s interesting to me. I’d gotten blocked with the chapter about sex but help is on the way. Or maybe that’s just the meds kicking in. 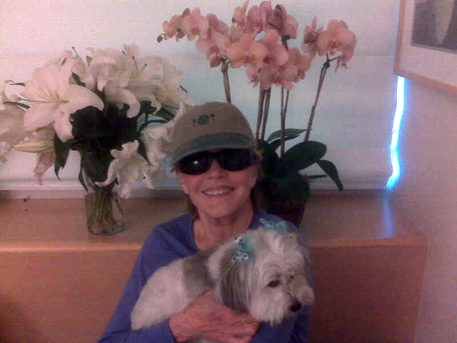 My last night in hospital, reunited with Tulea.