Carol and her husband, Jack Nichol, and their two sons, the age of my daughter and son, lived with my husband, Tom Hayden and me in a modest two-story clapboard house during the Vietnam War in Ocean Park, California. As controversy, some violent and disturbing, roiled around us (around me, in particular), Carol always had my back. She and my other women friends were my sustenance and support. She was in the room with me during my labor when I was birthing my son, Troy. I learned a lot from her and her ready giggle lubricated many a rough passage during those years.

After the war, she ran 9to5, the National Association of Women Office Workers based in Cleveland, Ohio. We have stayed in touch in the subsequent years and I am so looking forward to seeing her tonight backstage. No going out to dinner, though. I need an extra long night’s sleep so I can ditch this cold once and for all. The show tomorrow isn’t till 3pm. 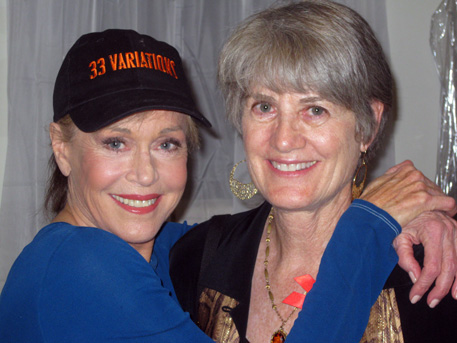