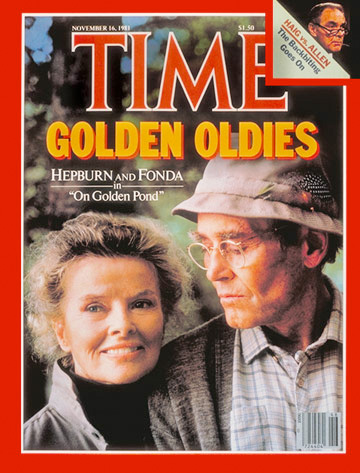 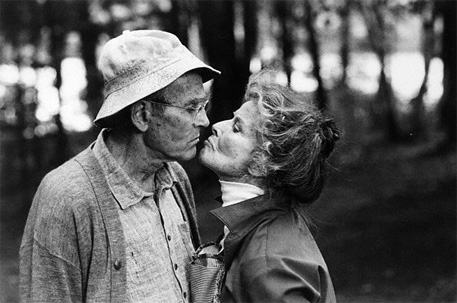 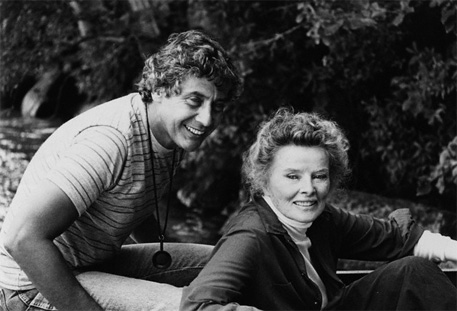 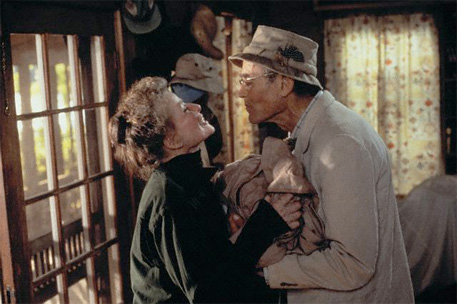 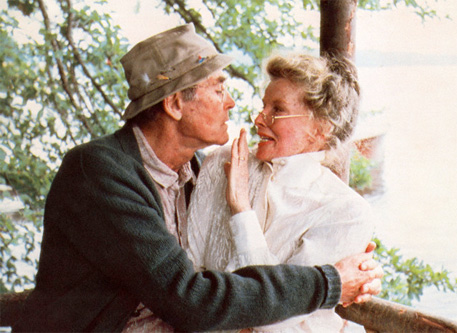 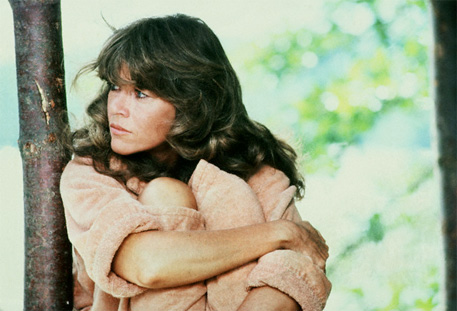 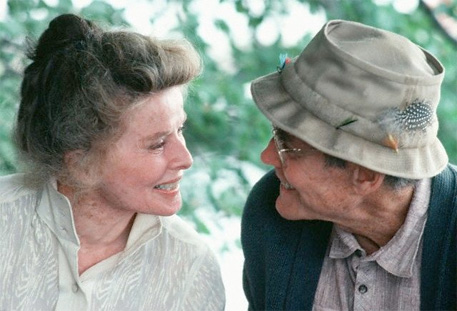 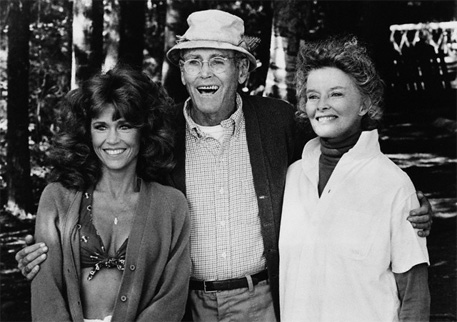 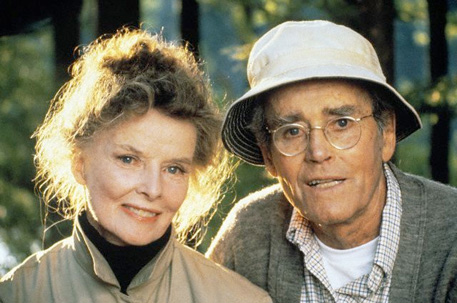 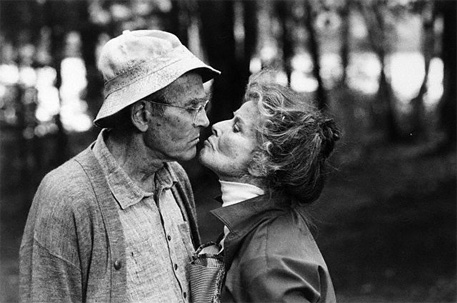 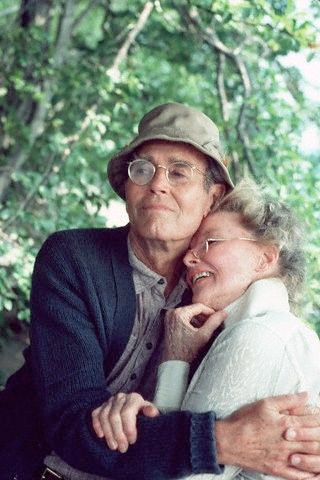 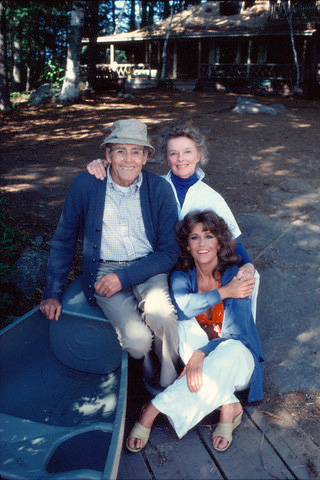 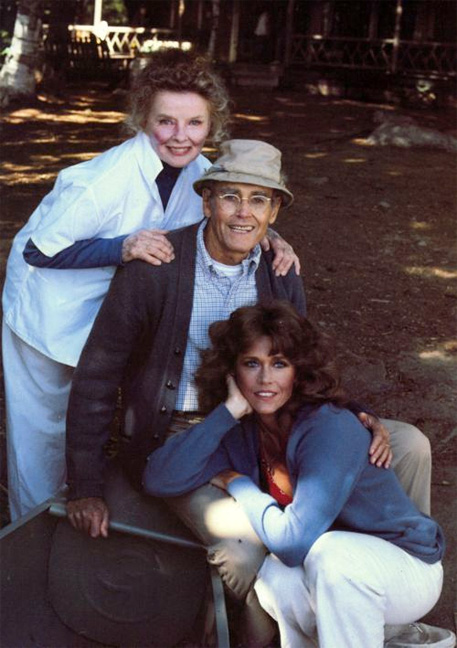 On Golden Pond is a 1981 American drama film directed by Mark Rydell. The screenplay by Ernest Thompson was adapted from his 1979 play of the same title.
The plot focuses on aging couple Ethel and Norman Thayer, who spend each summer at their home on a lake called Golden Pond. During the year the story takes place, they are visited by daughter Chelsea with her fiancé Bill and his son Billy in tow. The film explores the often turbulent relationship the young woman shared with her father while growing up, the difficulties faced by a couple in the twilight years of a long marriage, and the special bond forged by Norman and Billy while his father and Chelsea spend time in Europe. 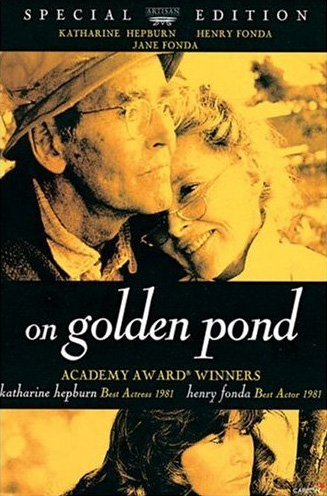 Production notes
Jane Fonda purchased the rights to the play specifically for her father, Henry Fonda, to play the role of the cantankerous Norman Thayer. The father-daughter rift depicted on screen closely paralleled the real-life relationship between the Fondas.
Despite their many common acquaintances and long careers in show business, Henry Fonda and Katharine Hepburn not only had never worked together, but had never met until working on the film. On the first day of shooting, Hepburn presented Henry Fonda with her longtime companion Spencer Tracy’s “lucky” hat, which Fonda wore in the film.
Screenwriter Thompson spent his summers along the shores of Great Pond, located in Belgrade, Maine, but the film was made on Squam Lake in central New Hampshire. The house used in the film was leased from a New Hampshire physician and was modified significantly for the shoot. The production company was contractually obligated to return the house to its original state after the film wrapped. An entire second floor that was added as a balcony over the main living area was requested by the production designer. After the shoot, the owner liked the renovations so much that he elected to keep the house that way and asked the crew not to dismantle the second story. A gazebo and a small boathouse were also relocated during the shoot.

Fonda & Hepburn
Hepburn performed all her own stunts, including the swimming, for the duration of the shoot. The scene in which Norman and grand-stepson Billy run their boat, the “Thayer IV”, into the rocks was filmed repeatedly. The vintage wooden Chris-Craft boats were so sturdy that they kept bouncing off the rocks without any damage. The crew had to modify the boats so they would break away in the wreck. The water level in Squam Lake was so low during the summer of production that Fonda and Doug McKeon could have stood during the scene in which they were supposedly clinging to the rocks for fear of drowning. The September water was barely knee deep, but it was cold enough that the pair had to wear wetsuits under their clothes. Hepburn, on the other hand, dove into the water without the aid of the wetsuit because she wanted the scene to keep its authenticity. Scenes in which Billy takes the boat out on his own were filmed on nearby Lake Winnipesaukee. While filming the scene where Fonda and Hepburn were watching the loons on the lake, the speedboat that zoomed by and disturbed them was so forceful it overturned their canoe in one take; Fonda was immediately taken out of the water and wrapped up in blankets as his health was fragile by that time.
Leftover footage of Fonda and Hepburn driving through the New Hampshire countryside, as seen in the opening credits, was later used for the opening of the CBS television sitcom Newhart.
When visiting Holderness, NH, one can take a boat tour of Squam Lake and view the filming sites from the movie. There is also a restaurant called “Walter’s Basin,” which is named after the trout called “Walter” that Billy catches with Norman. For filming, “Walter” was brought in from a nearby trout pond called “Castle in the Clouds”. He was released after his capture back into Squam Lake.
With a box office take of $119,285,432, On Golden Pond was the second highest grossing film of the year, following Raiders of the Lost Ark, which earned $209,562,121. 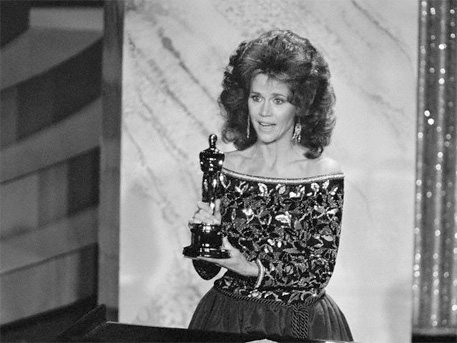 Actress Jane Fonda says, “O dad, I’m so happy and proud for you,” as she accepts the Oscar for Henry Fonda as Best Performance by an actor in a leading role for his role in, On Golden Pond. Fonda was at home and unable to attend the 54th Annual Academy Awards presentation at the Music Center. 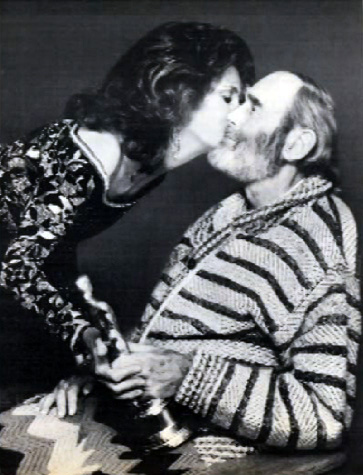