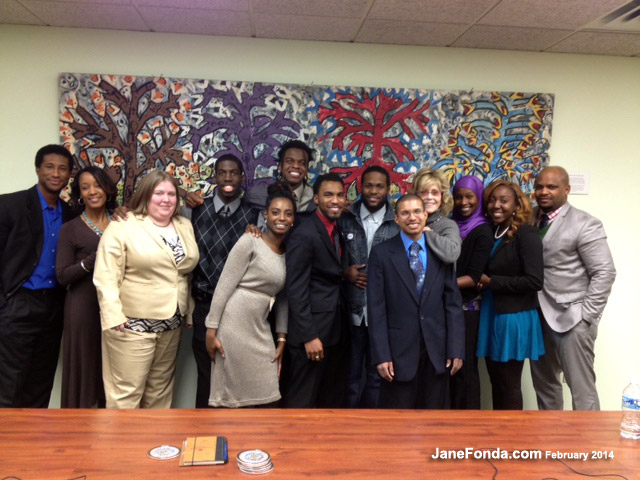 This is a photo of me with the leaders of a program called PEER UP (Peer Education & Encouragement to Reduce Unintended Pregnancy Program) developed by The Georgia Campaign for Adolescent Power & Potential (GCAPP), a non-profit I founded in 1995. PEER UP works with older teens in college as unintended pregnancy affects a significant number of community college students and has a serious impact on their ability to stay in school and do well. The program increases student’s access to clinical services, on-campus health education about contraceptives and resources, and enlists faculty to assign online lessons—all of which helps improve graduation rates. PEER UP is just one of a number of programs we run to help adolescents stay healthy, avoid risky behaviors and fulfill their potential.

I’ve always had a soft spot for adolescents. Children are easier to love. They’re cuddly and cute and don’t talk back. Teens are prickly. Often they make you feel they aren’t listening to you, that you are an old-fashion fuddy duddy that has nothing worthwhile to offer them. I remember seeing a bumper sticker on a restaurant door that said: “Quick, hire a teenager while they still know everything!”

Despite my privileges as the child of a famous, successful parent, adolescence wasn’t easy for me for lots of reasons. My mother died when I was twelve; my father was a busy working actor; I thought there were things that were wrong with me but I didn’t know where to go to get answers. And my questions weren’t just about sex and my developing body. They were also about depression, bulimia, how I could know what a good relationship was supposed to feel like and when (or if) I was ready to become sexually active and how to say “no” without becoming unpopular.

When I moved to Georgia after marrying Ted Turner in the 1990s, I began working with teens. At the time, my new home state had the highest rate of adolescent pregnancies and repeat pregnancies in the nation and I was determined to try and address the issue. (We have dropped to 16th in the nation. Still too high given the consequences but very encouraging!I) I went to housing projects to talk with teens and their parents. I visited hospitals in various parts of Georgia where I met 13 and 14 year old girls going into labor. I met with students at the school my grandchildren attend. I talked to DFACs workers. I founded GCAPP and helped create the Jane Fonda Center at Emory University School of Medicine which develops programs and curricula promoting adolescent reproductive health and healthy relationships, avoiding risky behavior, making good choices in life and I helped develop the state-of-the-art Teen Clinic at Grady Memorial Hospital, the largest emergency hospital in the southeast.

Over the past three decades, I came to a much deeper understanding of the importance of adolescence as a unique stage of human development, the gateway to adulthood, a time when young people develop the values and the skills they carry into the next stage of their lives. I learned that teens need and want answers to their questions (even when they appear not to be listening!) and I was stunned at the misinformation far too many have–sometimes life-threatening misinformation. I saw the enormous influence the media exerts on how young people see themselves and how they behave. I discovered that, while we may not be able to change media, we can inoculate teens against media’s negative influence simply by making them conscious of how and why media operates the way it does. 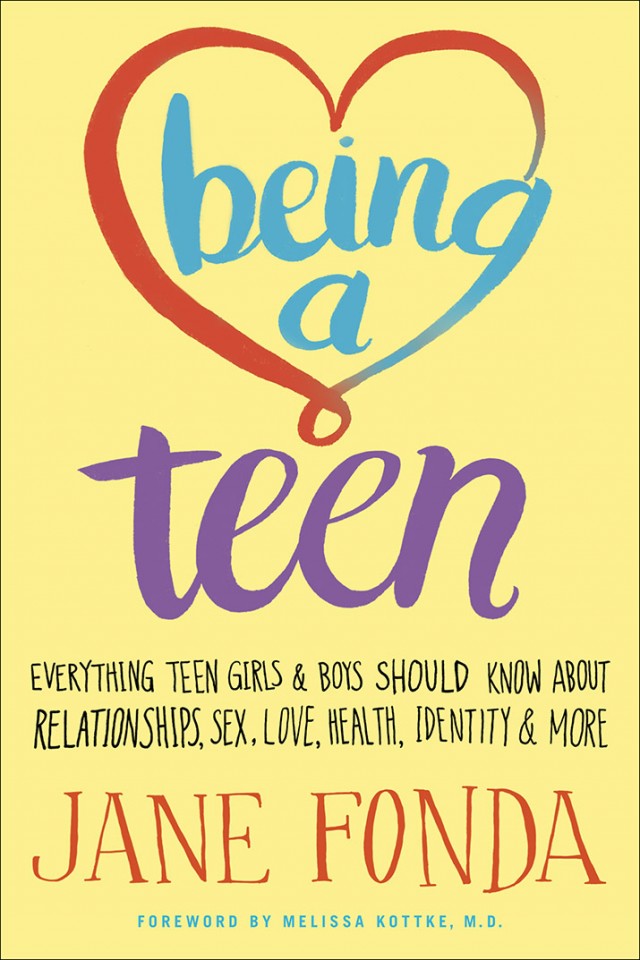 Three years ago I began writing BEING A TEEN, a book that would be informative and accessible to teens. It includes information about many things I wish I had known as a teen, and information about things that today’s teenagers face that I never dreamed of—how to handle cyber bullying, the excessive influence of media, and much more.

BEING A TEEN is an unusual book because it doesn’t just address the developing body and sexuality, but also includes questions of self-concept, gender identity, what goes into a healthy relationship, how to know if you’re in a real one, and how to say “no.” I wrote this book to be a resource for teenagers, a book they can dip into whenever they are faced with obstacles, that they can read and refer back to again and again. That is my hope.
http://www.randomhouse.com/book/54252/being-a-teen-by-jane-fonda