Having the grandkids here is tiring but fun. Today I showed them all around the set, explained the story (which they will see at tomorrow’s 3pm show) the props, showed them my dressing room. They watched me get my first wig put on. That is to say, Viva watched. I couldn’t get Malcolm to look up from some iphone game he was playing where he creates creatures. Viva’s comment afterwards was, “I never want to wear a wig!” I showed them the wonderful Illy coffee machine some nice person gave me and asked them what it reminded them of. Right away Malcolm said, “Wall-e.” Totally right on. Spit and image of Wall-e! 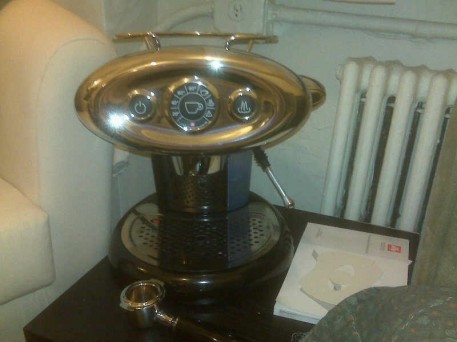 Carole King came back last night. I didn’t know she was seeing the show and it was a wonderful surprise. As I would have expected from someone as musical and soulful as she is, she adored the show. Moises was in my dressing room when she came back so she had a chance to express her feelings about the various aspects of the play to him directly. 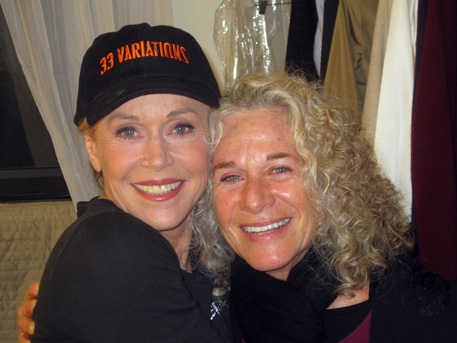 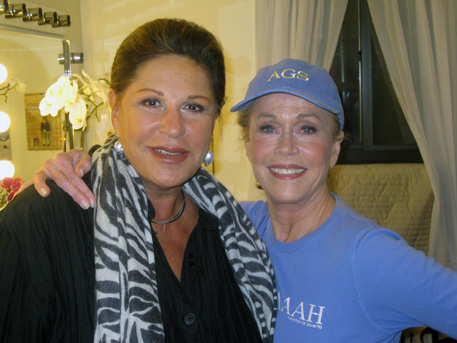 So is Keven Bellows, a friend who attended Emma Willard boarding school with me and later married Jim Bellows, a brave newspaper publisher par excellence who died very recently. He was the publisher of the Herald Tribune before moving to the Los Angeles Times. Jim mentored and developed such great journalists as Clay Felker, Tom Wolfe, Jimmy Breslin, Tom Brokaw, Maureen Dowd and others. I haven’t seen Keven in quite a while and am looking forward to spending some time with her. Also at tonight’s show are my goddaughters, Tess and Kate Hodges. Their parents, David and Laurel, who ran the Laurel Springs Children’s Camp near Santa Barbara, Calif. for me and my then husband Tom Hayden, saw the play several weeks ago and decided their daughters should see it too. 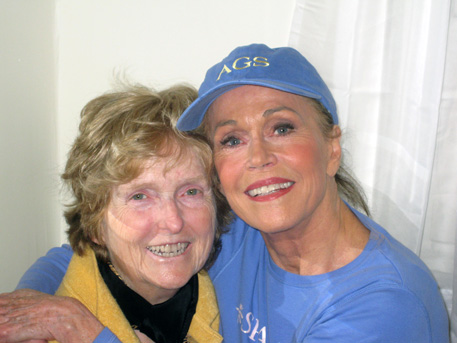 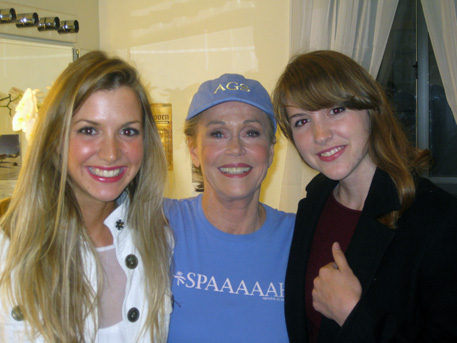 with my goddaughters, Tess and Kate Hodges (photo: Michael Rudd)

Geoffrey Horne-He was one of the very first actors I met when I decided to become an actor and began studying with Lee Strasberg. In fact, Geoffrey took the first press/fan photo of me ever. He has played a nice role in “The Bridge Over the River Kwai” and was also a student with Strasberg. He and I auditioned together for Elia Kazan’s “Splendor in the Grass” for the roles that Warren Beatty and Natalie Wood eventually ended up with. We played together in “No Concern if Mine” at the Westport Country Playhouse. That must have been in 1959. And we played together in the Actors Studio production of Eugene O’Neill’s “Strange Interlude” with Gerry Page, Franchot Tone, Ben Gazzara and others. Geoffrey now teaches at the Strasberg Institute in New York. 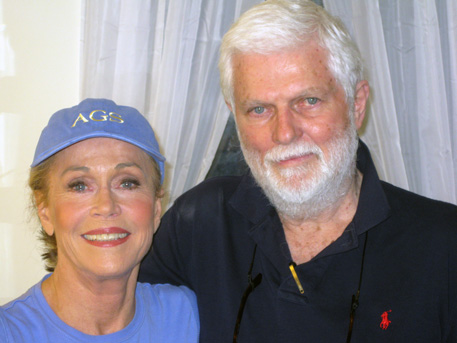 When I come home tonight, I know that Malcolm, my grandson, will be sleeping in my bed. Maybe Viva too, But Malcolm for sure. Sleeping with him is a special treat for me, one I’ve missed for 3 months. They are coming to see the show tomorrow with Vanessa.