… The next morning I flew to Albany, NY and drove to the town of Troy for my 60th high school reunion at Emma Willard. EW was and remains an exemplary all-girls boarding school. 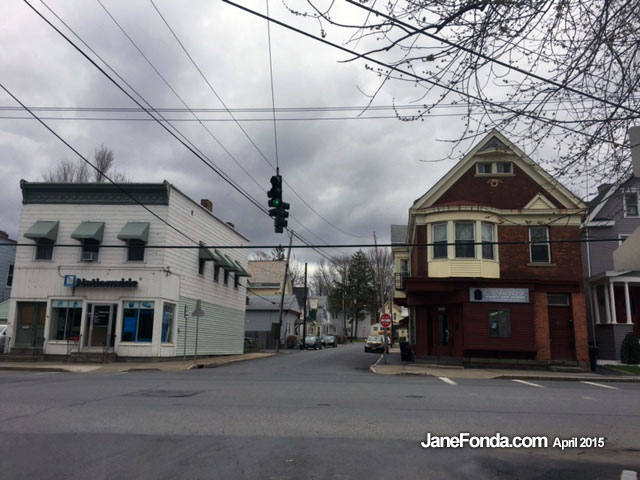 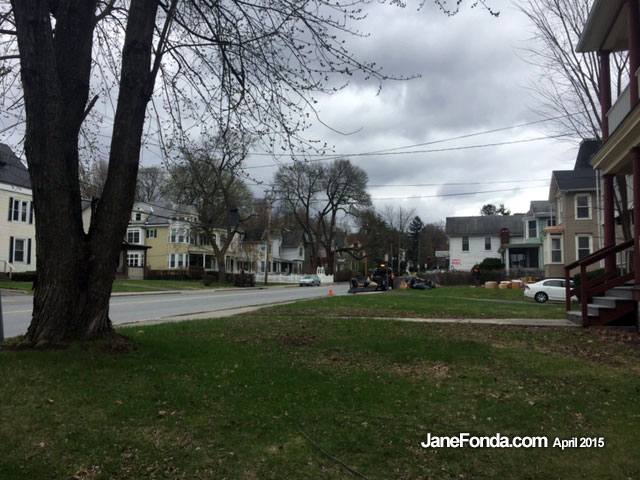 Troy is an economically depressed city but a charming one though on that particularly somber, frigid day it does look that way. You can just make out Emma Willard’s tower looming behind the trees. My heart began to race! So many memories–4 years worth. 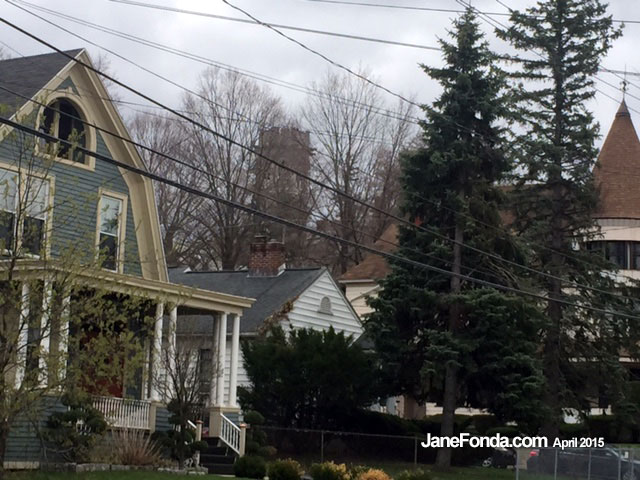 Then Sage Hall appeared where I lived junior and senior year 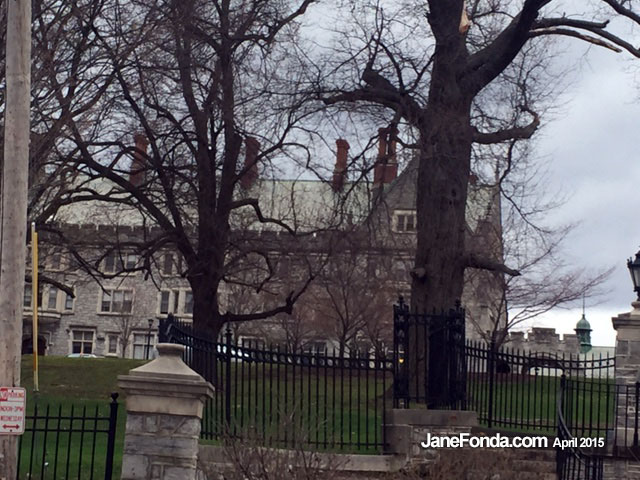 and then Slocum where many of the classrooms were as well as the library and study hall. 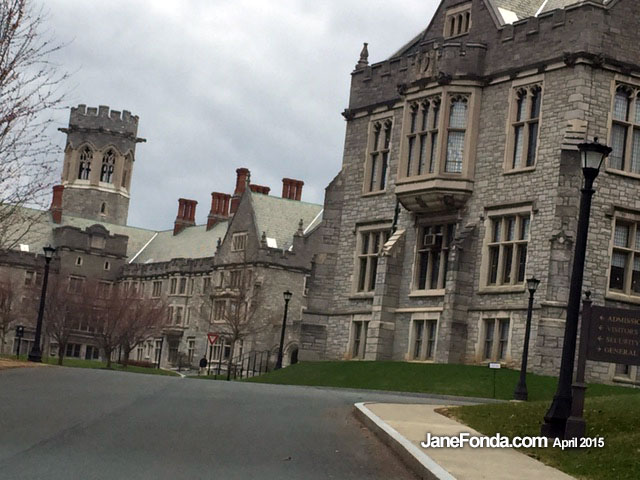 Not only is the campus strikingly beautiful with its hewn stone buildings, turrets and gargoyles, it provides probably the finest high school academic program in the country, including a state-of-the-art science building which is very unusual for an all-girls school. (Take that Larry Summer!). I attended EW for all 4 years from ages 13-17 and, while I complained a lot at the time about the strictness, (at school dances with visiting all-boy’s schools we were measured to make sure we were never closer to our dance partner than 6 inches!) I have realized looking back, that it was the greatest gift my father could have given me. I have been back before– made 2 commencement addresses, a convocation speech and attended my 25th reunion.

That night I had dinner 4 of my old classmates, Pat Johnson, Lolly Espy Barton, Ann Gumar Johnson and Diane Fuller Doherty. I like reunions–having the chance to reconnect, compare notes. It makes me take stock of my life–what other choices I might have made; how my cognitive skills have survived (or weakened). We were sad that more of our classmates hadn’t come. This was likely due to time of year (past reunions have been held in the summer when it’s easier to get away); the fact that unlike the past, we had to stay in a hotel in Albany and not in the dorms (which were filled with students); and of course many have died (including my best friend and roommate Carol Bentley). I was shocked when I saw the woman in the face mask. This was a classmate!!! Then I discovered it was Pat Johnson, someone I’d been hoping to see. Pat has developed life-threatening allergies to all sorts of chemicals and, as a result, she had not been out to dinner in 5 years!! She can take her mask off and be free from the oxygen tank when she’s outside and when she does, the old, high-spirited Pat we all remember reappears in all her riskiness. Back in the 50s we all figured Pat was gay but we had no words to talk about it, even amongst ourselves. No one would have come out back then. I have often thought about Pat and wondered what had become of her so it was wonderful to reconnect and see that she has married a renown concert violinist (I regret I missed her name), retired from her work in publishing and now lives on a horse farm– turns out she has no allergies around barns and horses.

I was also very happy to be able to spend time with Lolly Espy, the great beauty in the class of ’55. A truly serious beauty from Savannah, GA, who was also so sweet and humble that no one ever begrudged her anything –even when she snuck off once on an illegal weekend to the all-men’s Williams College where she was crowned Winter Festival Queen, thereby having her cover blown which resulted in her being suspended for several weeks. Lolly is one of the few alumna with whom I have stayed in touch over the years. 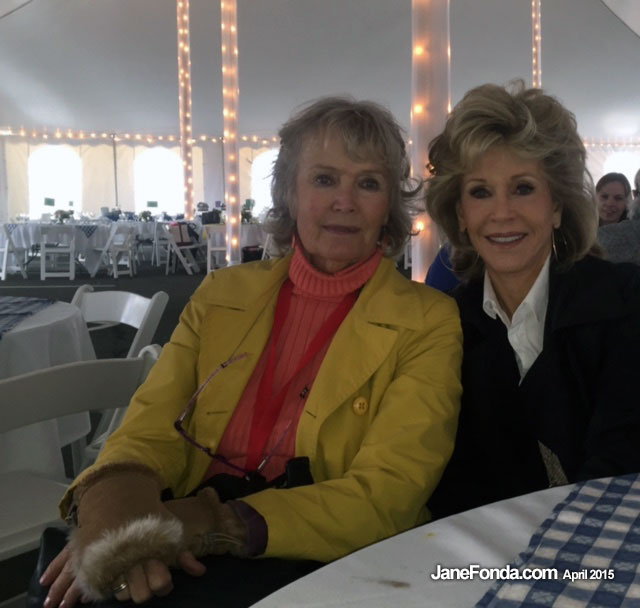