It felt as though we were eating under an arbor on a Venetian island. 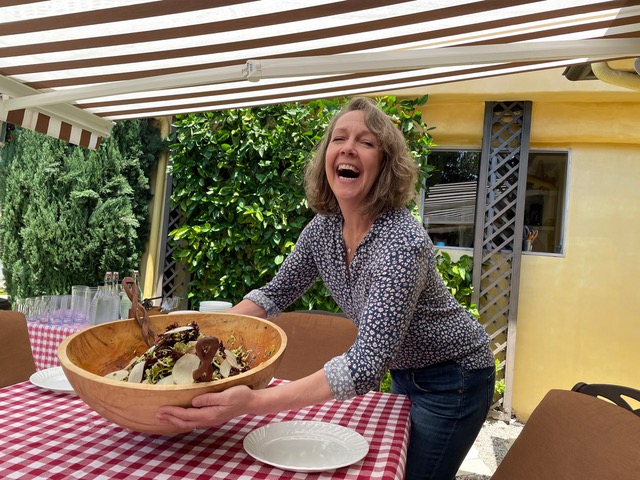 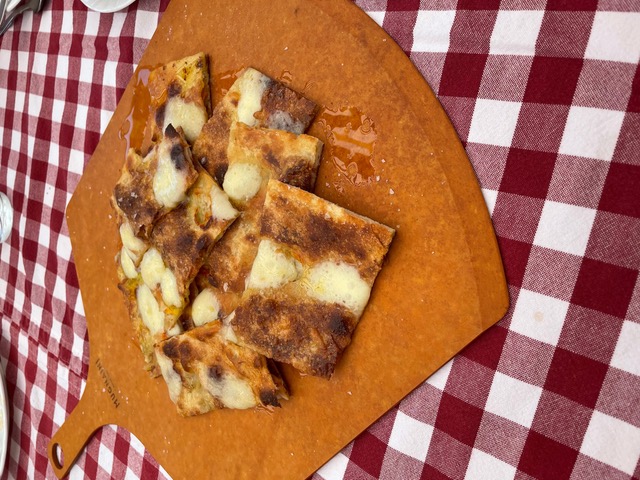 Some kind of pizza-like dish but not pizza, that made me die and go to food heaven. I’d never had anything like it before. 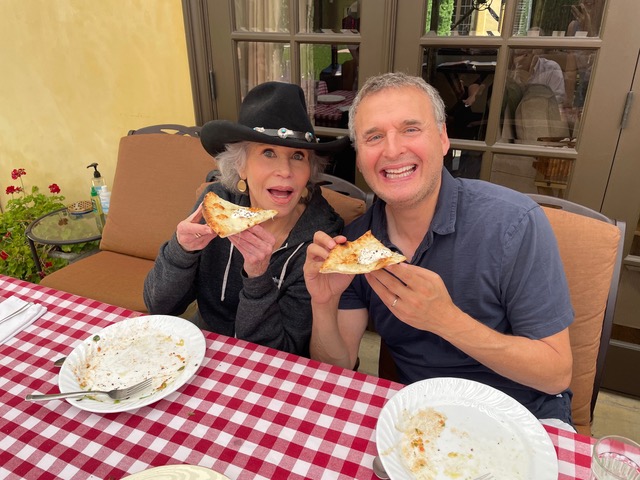 Phil Rosenthal (#Somebodyfeedphil on Netflix) and I eating a yummy pizza. Well, I’m eating, Phil’s smiling. He smiles a lot and is very funny and a true foodie, as you know if you watch his show, which I do. 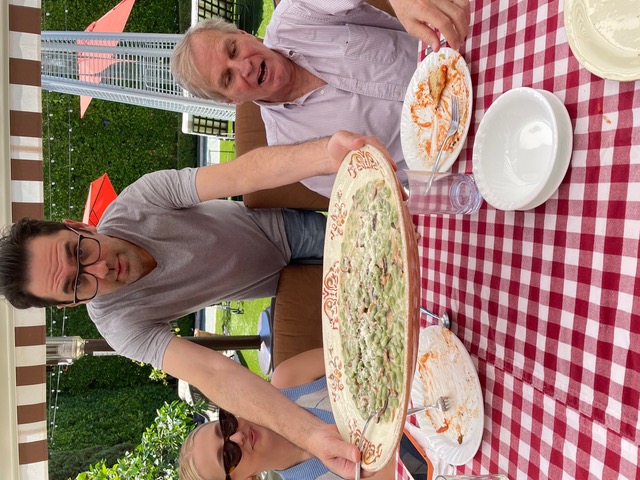 Another pasta dish that was new to me but had java bean-shaped pasta stuffed with spinach and there were mushrooms involved. Always a good thing. To the left, is Lily Rosenthal in sunglasses and the guy to the right is producer, Doug Wick. I don’t have a photo with Lucy Fisher in it. She and Doug are married and produce hit movies together. I first met Doug in the late 1970s when he was assistant to Alan Pakula on the film we did with James Caan, “Comes a Horseman.” 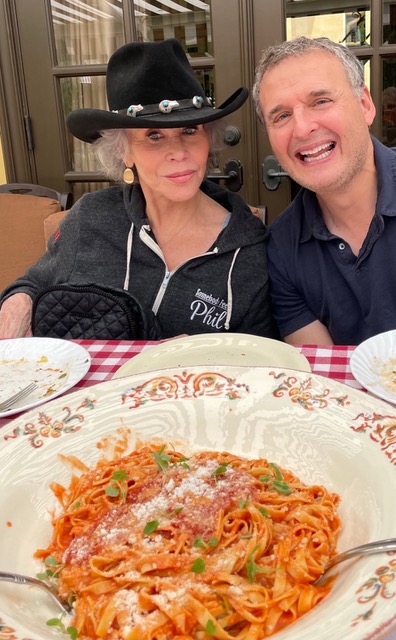 And yet another pasta, very fresh and yummy. Made in the Rosenthal’s kitchen right before being served by chef Daniele Uditi. I’m eyeing the pasta while Phil smiles again.

And this is a photo of Chef Uditi being very Italian. 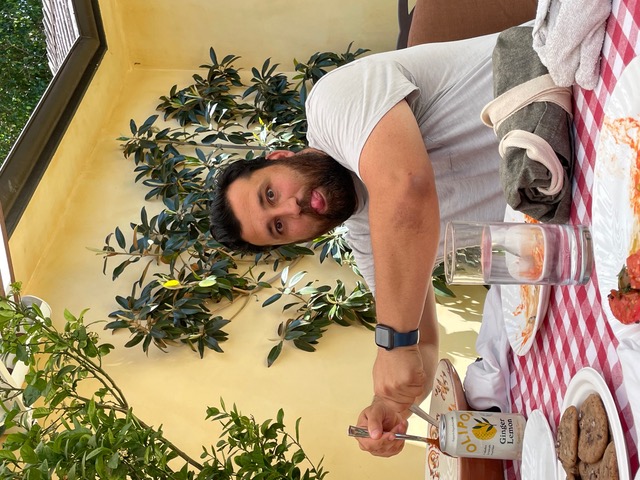 Share This Post
Previous ArticleRANDOM THOUGHTS AND URGENT MESSAGESNext ArticleDisaster patriarchy: how the pandemic has unleashed a war on women
18 Comments