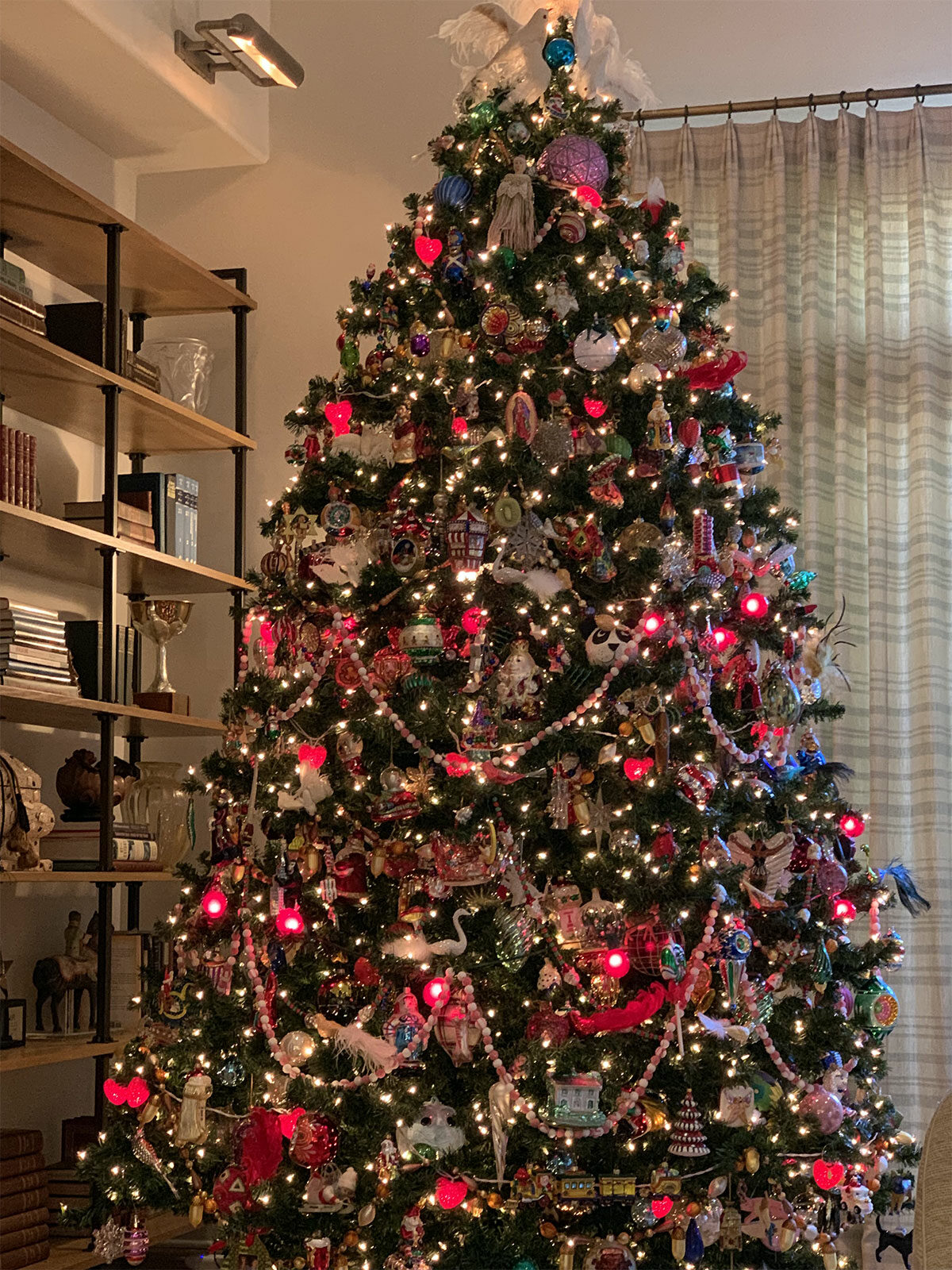 It may well just be me at Christmas time.
I’ve posted pictures of my Christmas tree over the years. It’s 14 feet tall and plastic. My daughter, Vanessa, persuaded me to stop using real trees about a decade ago and I must admit plastic ones are easier cause the lights are already attached (but I add some red heart-shaped lights). It’s also easy to put up but the decorating part takes 2 days each way…2 days to put up and 2 days to take down and this Holiday I’ll be on my own to do it…with a very tall ladder.

My squirrel can see the tree through the window. She’s quite fat now. We’re talking liposuction fat. Should I stop feeding her? There are squirrel experts among you that’s why I’m asking. BTW, when I’m late putting peanuts (in their shells) in her feeder, she comes onto my porch and looks through the window for me.

Most of my time these days is spent writing climate articles and my opening for our weekly virtual Fire Drill Fridays and reading. I read about a book a week. I stop everything around 6pm, watch the Rachel Maddow show and then scroll around for shows to watch. I’ve pretty much scraped the bottom of the barrel watching things I never thought I’d see. I won’t name names. But last night, the new season of “The Crown” started and it’s really good. Also, a multi-parter on Showtime about Ronald Reagan which tells the real story of his rise and the effect he had on American politics. Finally the truth!

I mentioned this before but if you haven’t already seen “My Octopus Teacher,” a documentary on Netflix, you must! It’s amazing and very moving.

We’ve gotten word that “Grace & Frankie” will continue filming our 7th and final season in early June of 2021. A long time to wait but, given the age and vulnerability of the 4 leads, it’s best. I’ll be headed into 84 by the time we’re done. Yikes! This last season will have 16 episodes instead of the usual 12.

It’s clear (and it makes me sad) that when I write a blog about something serious, like the climate crisis, way fewer people follow it as opposed to when I write this sort of every-day-what-I’m-doing blog so I’m trying to intersperse them. And big thanks to those of you who follow regardless. Believe me, I notice.