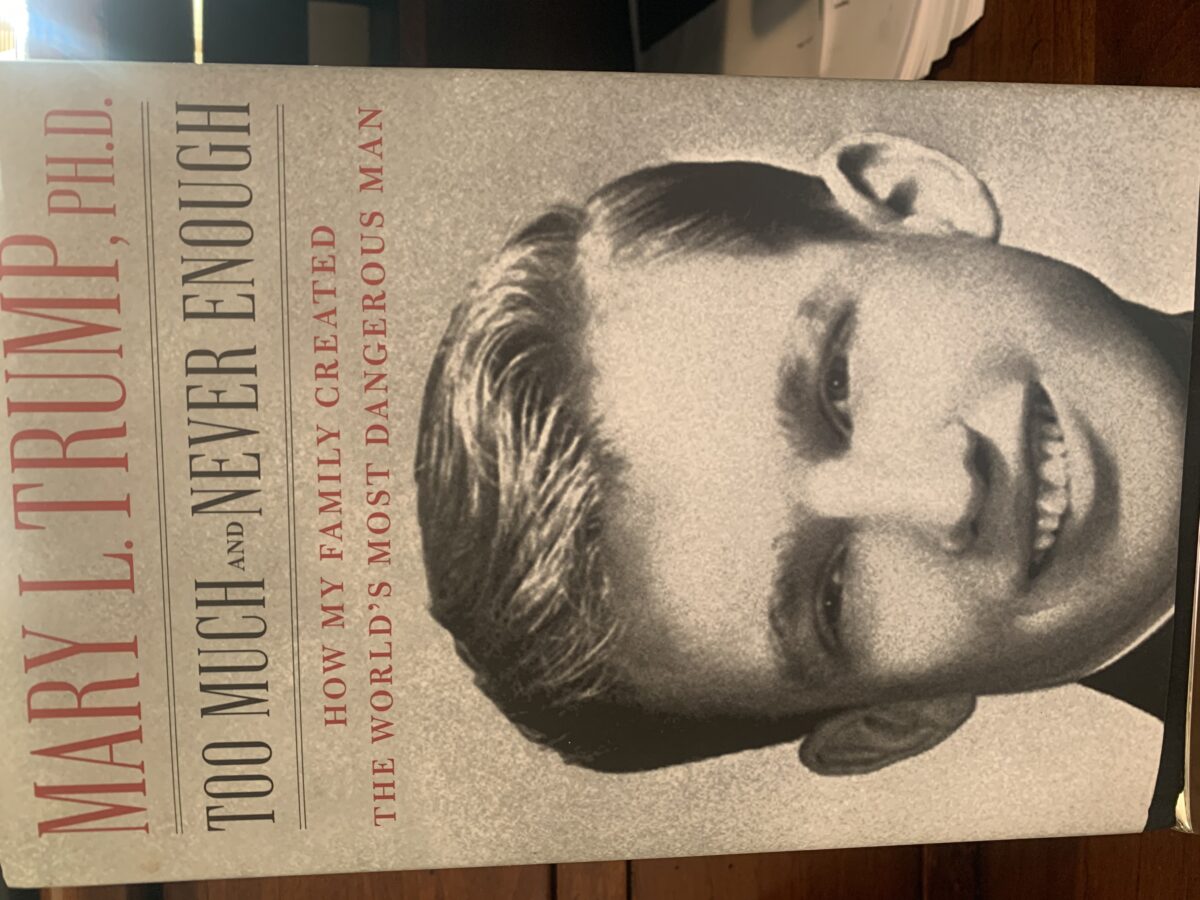 I’m pretty excited about interviewing Mary Trump for next Fire Drill Friday. We had a preliminary “talk” yesterday and she’s way smart and interesting…as is her book. One of the things I like about her book is that we learn what made her uncle the way he is and with that comes empathy. I know that a lot of you will go “whaaaat the f….” Why should I feel empathy. Here’s my perspective:. While he has done hateful, evil things, many of them, if we hate him, we lose. Hate is a heavy and toxic emotion to carry. It does us no good to lug that baggage around. Evil actions, cruel deeds, are the language of the traumatized. We can and should hate the deeds but feel empathy for the traumatized. I’ve felt certain over these four years that Trump experienced major childhood trauma. His lack of empathy, his cruelty, speaks of early trauma, the sort that makes a man scared and scarred and believing that any act of kindness or accepting responsibility or even getting sick shows weakness. You’re a loser. Sick people are losers. All the covid victims are losers. Wearing a mask is for losers. That’s why he doesn’t care. At least it’s one reason. It’s quite terrifying that such pathologies are now running our country. Especially at a time when we truly need leaders with compassion and humility and the willingness to listen to experts.

So Friday is going to be really interesting. Every day this week is going to be interesting. I’ve started to promote my book so I’m going interviews with interesting people. For instance, my interview for the magazine “Interview” is going to be with the trans “Pose” star Indya Moore.. Indya was a guest on Friday Drill Friday awhile back and is impressively interesting and intelligent. Monday I do Andy Cohen’s show. I did a very fun photo shoot for “Interview” with Luke Gilford last week. Wild. Everybody but me wore masks and kept a proper distance. I looked different than I ever have in my life. It’s rather surprising to me that I can still look different at my age. Amy Winehouse eyes and black lips, for instance.

But what I’m really into is the squirrel that’s been hanging around our cul de sac. She (I choose to believe it’s a girl) comes out early and romps around fearlessly. I’ve started laying 3 walnuts out on the top of a low wall every morning. I’ve not yet seen her actually take them but they’re always gone. My hope is that one day she’ll eat one out of my hand. Hey, we get our kicks where we can, right?