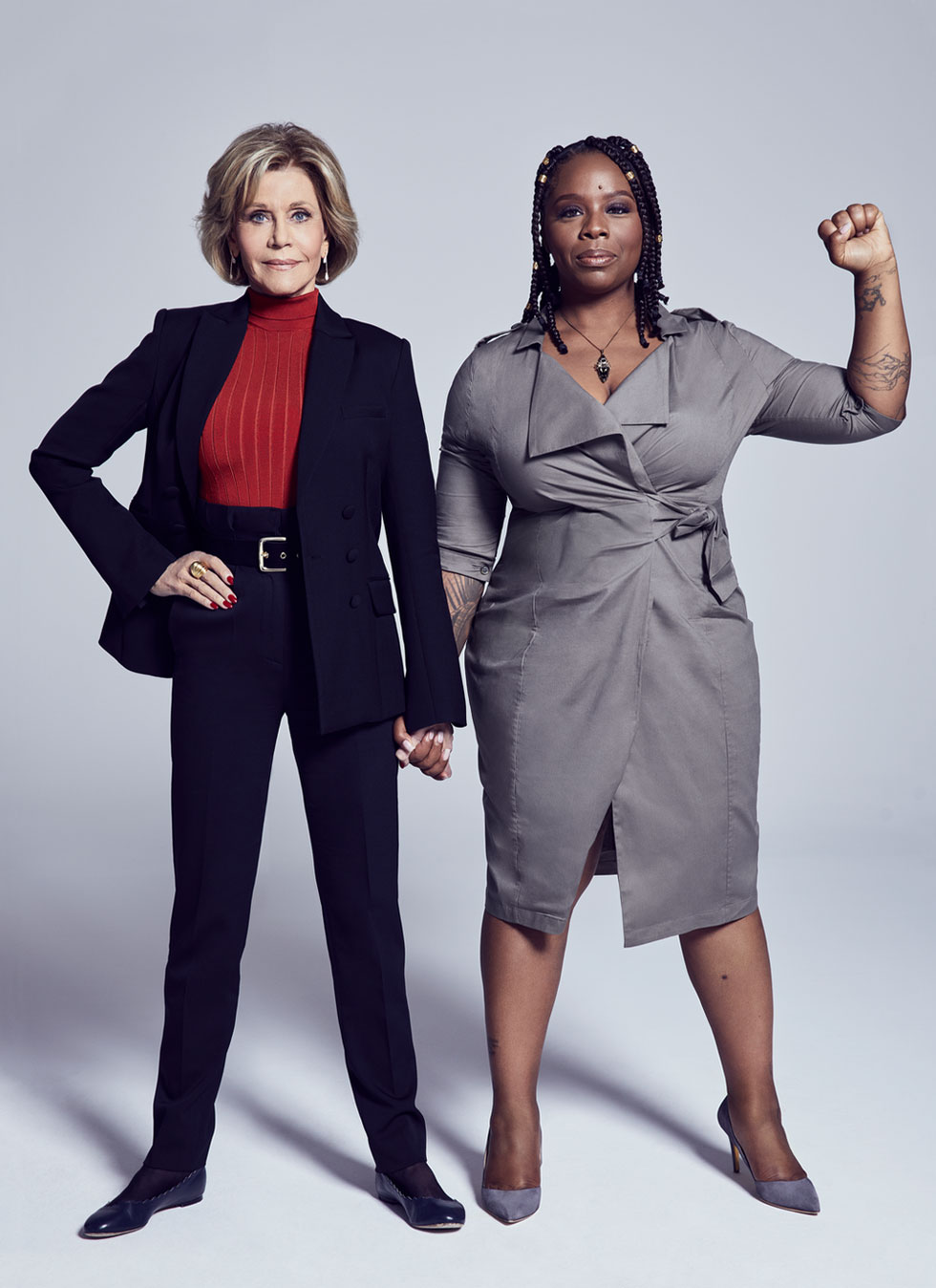 In May of 2018, I made this speech at the United State of Women conference in Los Angeles after which I introduced Patrisse Cullors.  Patrisse is the co-founder of Black Lives Matters, a NYTimes best-selling author, an artist, and founder of Dignity and Power Now.  You can visit her website here:  www.patrissecullors.com   The speech focuses on mass incarceration and I hope you will read it because it is a window onto the unique challenges faced by Black Americans:

United State of Women Speech May 2018

When Trump was elected and the toxic bedrock of White Supremacy in this country was exposed, I realized something new. I’ve been involved with progressive movements most of my adult life, but because I’m White, the lens through which I had been looking at race was distorted. It takes more than empathy, it requires intention to even begin to comprehend what people of color, no matter their class, face every moment of every day, and how much privilege, quite unconsciously, is enjoyed by those of us born White–even the poorest of us.

Imagine you’re a single white mother of 3 sons, working 2, sometimes 3 jobs to make ends meet. You are constantly tired and stressed. You hope you’ll manage to get them through high school in one piece. One’s a pot smoker but you don’t worry too much, it’s regular teenage stuff. You pray that a promised rehab clinic opens soon in your town so that your other son, who is opioid-addicted, can receive proper treatment in time.

Now imagine you’re a single Black mother of 3 sons, working multiple jobs. You’re constantly tired and stressed. You hope you’ll manage to get them through high school in one piece. But it doesn’t stop there. You wonder if you’ll get them through high school at all because only 50% of young Black males finish 8th grade. You worry that one’s a pot smoker because prisons are filled with young black men found in possession of even a few ounces of marijuana. In the Section 8 housing where you live, armed police are a constant presence. You pace through every day with the taste of fear in your mouth, fear that one of your sons will be shot on his way home because he pulled a cell phone out of his pocket. And no one will be charged. Where you live, young black males are by definition “trouble”; where you live, all drugs signify criminal activity. Addiction in your community isn’t considered a public health crisis or an existential identity crisis; no clinic will be built in your neighborhood.

If one of your sons is convicted for his small stash of pot and imprisoned, he is no longer eligible for food stamps or student loans. In your state he can’t vote, and he is forced to check the felon box on job applications–which means he’s not hired. Having been in prison, he can be stopped and searched by the police for any reason, or for no reason, and returned to prison for the most minor of infractions.

Because he’s Black, an ounce or 2 of marijuana means he is locked out of the mainstream society and economy for the rest of his life. Nor is it only your sons at risk. It’s your daughters, it’s yourselves. Women and girls of color are the fastest growing population within U.S. prisons, representing 30% of all incarcerated women in the US, though only 13% of the female population generally. The rate of growth for female imprisonment has outpaced men by more than 50%.  Yet these women’s experiences are rarely foregrounded in plans to combat racialized state violence in communities of color.

None of any of this is an accident. It’s part of a strategy developed in response to the gains made by Blacks during the Civil Rights Movement, just as the first Jim Crow was created in response to gains made by former enslaved people during Reconstruction. It’s called the War on Drugs, and it’s increased our incarcerated population from 500,000 in 1980 to over 2.5 million today. The War on Drugs has been intentionally designed to maintain a new racial caste system–without ever being accused of racism.

John Ehrlichman, Nixon’s National Domestic Policy Chief, said about the administration’s position on Black people, “We knew we couldn’t make it illegal to be black, but by getting the public to associate the blacks with heroin and then criminalizing them heavily, we could disrupt their communities. Did we know we were lying? Of course we did.”

White people need to dare imagine the realities inhabited by people of color. Not just because this is the moral thing to do, but because we are, all of us, affected by racism.

In the 1600s we abducted and imported non-English speaking Africans to build this country’s economy—the South’s and the North’s. In order to name ourselves a Democracy and speak of “liberty and freedom for all,” we thought we needed to enslave these people, make them legally non-human, based simply on skin color. If Blacks aren’t human, then enslaving them isn’t hypocritical.

Slavery was a method of wealth creation. That’s why racism and class hierarchy can’t be separated. Furthermore, enslaved people were the only property that propagated itself, producing more property, more enrichment. That’s why racism and sexism can’t be separated.  Racism allows the 1% to deceive the White working class into believing that though they may be suffering, at least others are worse off. Racism is what keeps poor and working-class Whites from aligning with Blacks to identify and topple their common enemy.

When the Legacy Museum on Peace and Justice, the first memorial to the memory of victims of lynching, opened in Montgomery, Alabama in 2018, a White man was quoted saying, “They should just get over slavery.”

But it’s still alive, with us in a variety of forms blatant and subtle. One new iteration is mass incarceration: rounding up people of color by the thousands for alleged acts that are virtually ignored if committed by White people, erasing those who are incarcerated in perpetuity from the national discourse, making the incarcerated work for slave wages manufacturing products for our biggest corporations, products we buy without even knowing where they come from.

Building more prisons and filling them with Black and brown people maintains the new racial caste system, all the while denying any of this is race-related. We are told it creates jobs and we are told it stops crime. It’s easy for Whites to believe that and even easier for Whites to look the other way.

We had to wage a Civil War to end slavery; we had to forge a Civil Rights movement to end Jim Crow (at least formally). To end the new Jim Crow, the system of mass incarceration, we must, once and for all, end the war on drugs and the construction of new prisons. And we must not ever again permit the replacement of one racial caste system with another, no matter how well disguised. That will necessitate emptying the prisons of our own minds and freeing the brave ideas and fresh solutions so long imprisoned there.