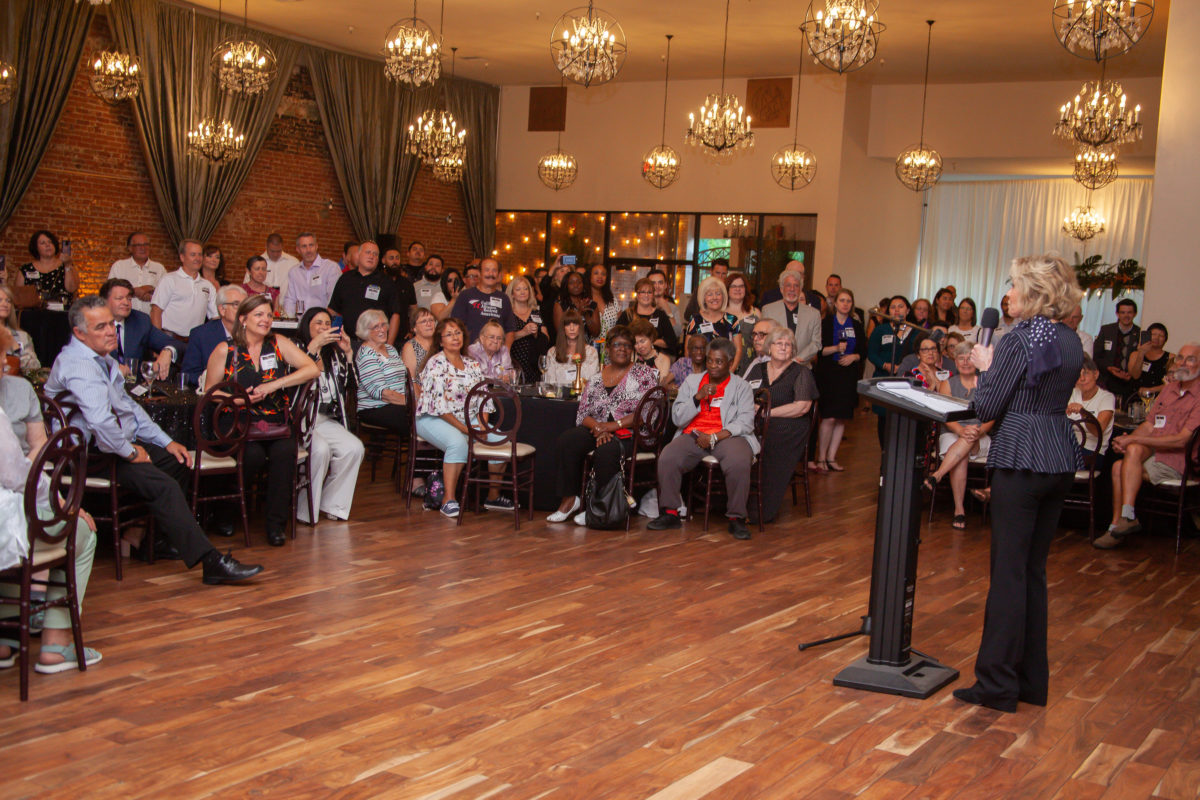 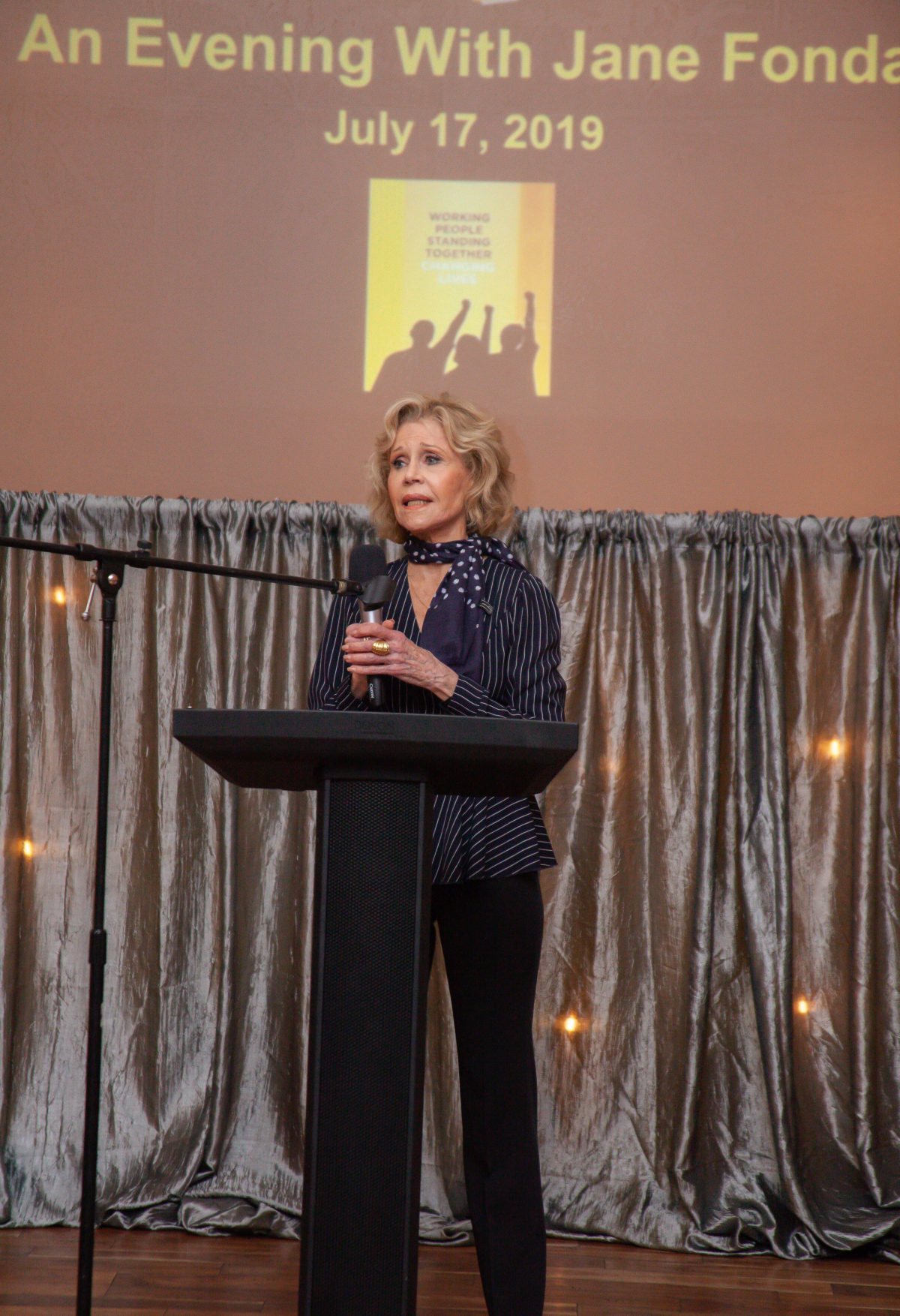 Yesterday I went to Modesto in the northern part of the Central Valley to canvass with Working America and attend a joint fundraiser for them and the North Valley Labor Federation.

Two years ago, labor lawyers and activists, Fran Schreiberg and Lora Jo Foo and I started a new model of Working America’s amazing canvassing operation in Congressional Districts 10 and 21 in the Central Valley of California. Believing there’s strength in numbers, our goal was to reach out to Working-class people across race, identifying their interests (jobs, health care, education etc) getting them to sign up as members and to take action in their area of concern (send an email, write a text, attend a meeting, etc). 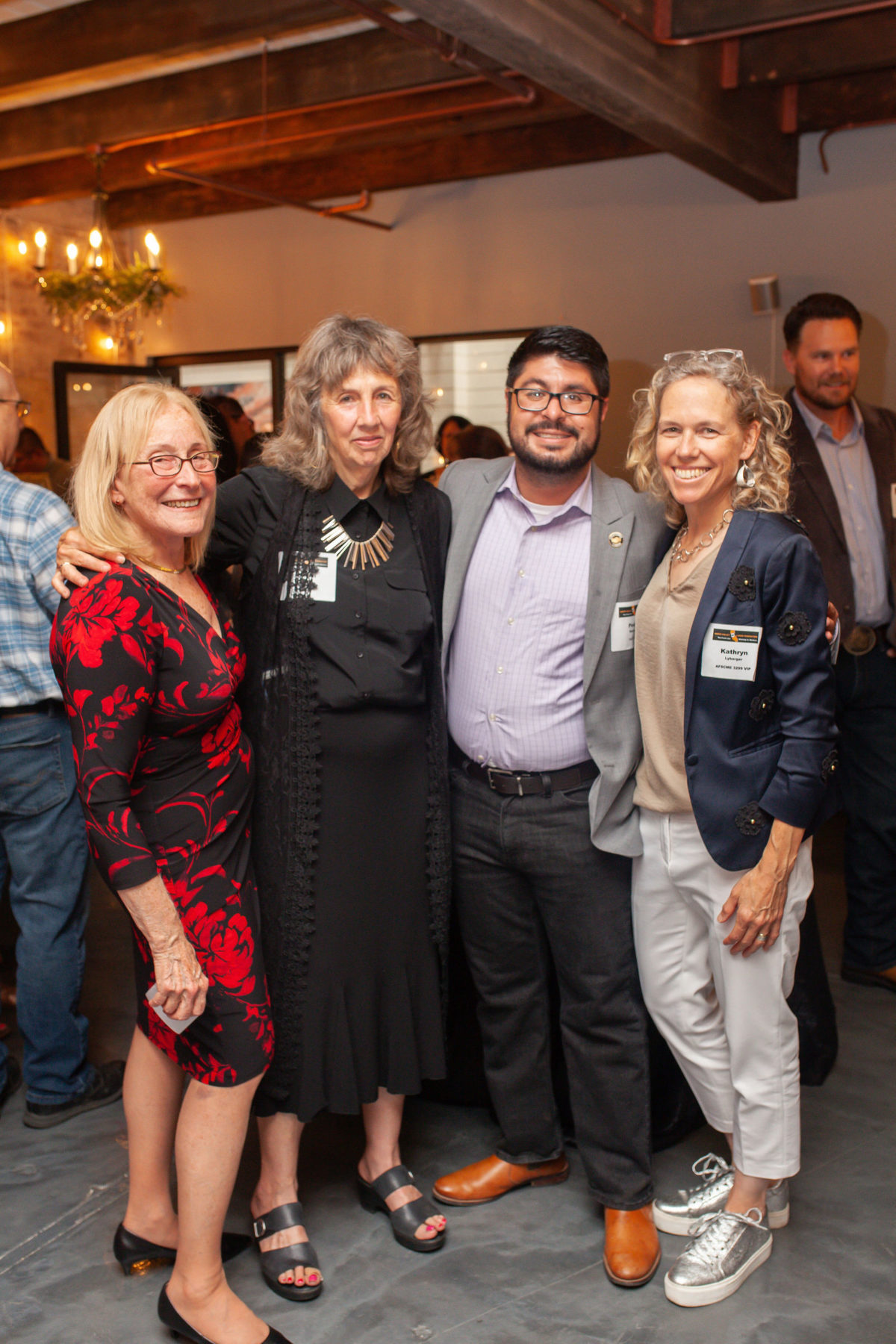 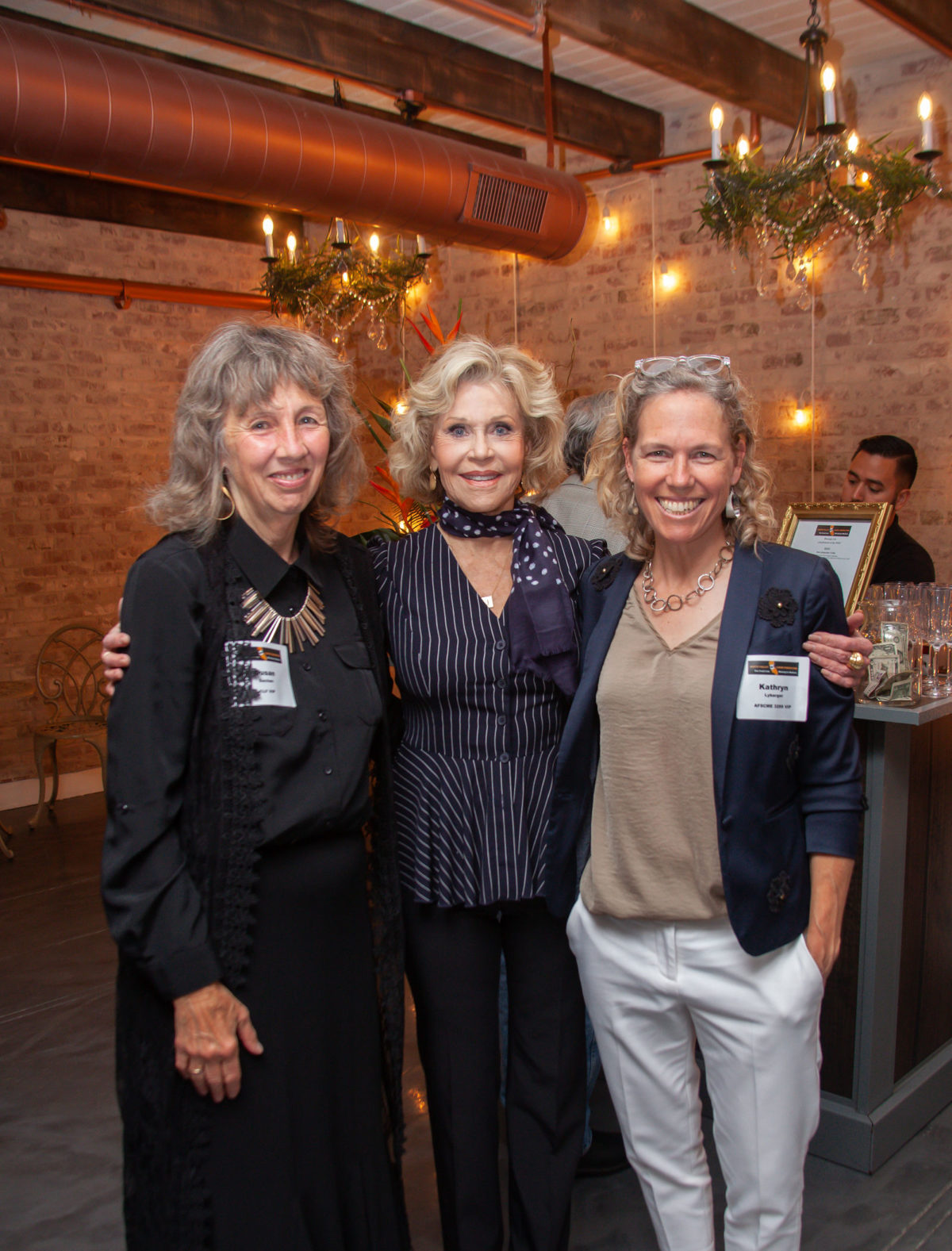 What is new about our model is the incorporation of volunteers—some 800 have traveled from the Bay Area after being recruited and organized by Fran and Lora Jo—into the paid professional WA canvassers.

Over these 2 years, 36,000 members have been recruited and we were able to flip those 2 congressional seats from Republican to labor-friendly Democratic although this was viewed as a real long shot! Now we have to ensure they are re-elected in 2020.

What I love about Working America is that they do this work year-round in key locations in the US and an ongoing membership is created beyond the election cycle.

Yesterday I canvased for new members (in 100 degree heat) and spoke at the fundraiser which was billed as “An Evening With Jane Fonda.” 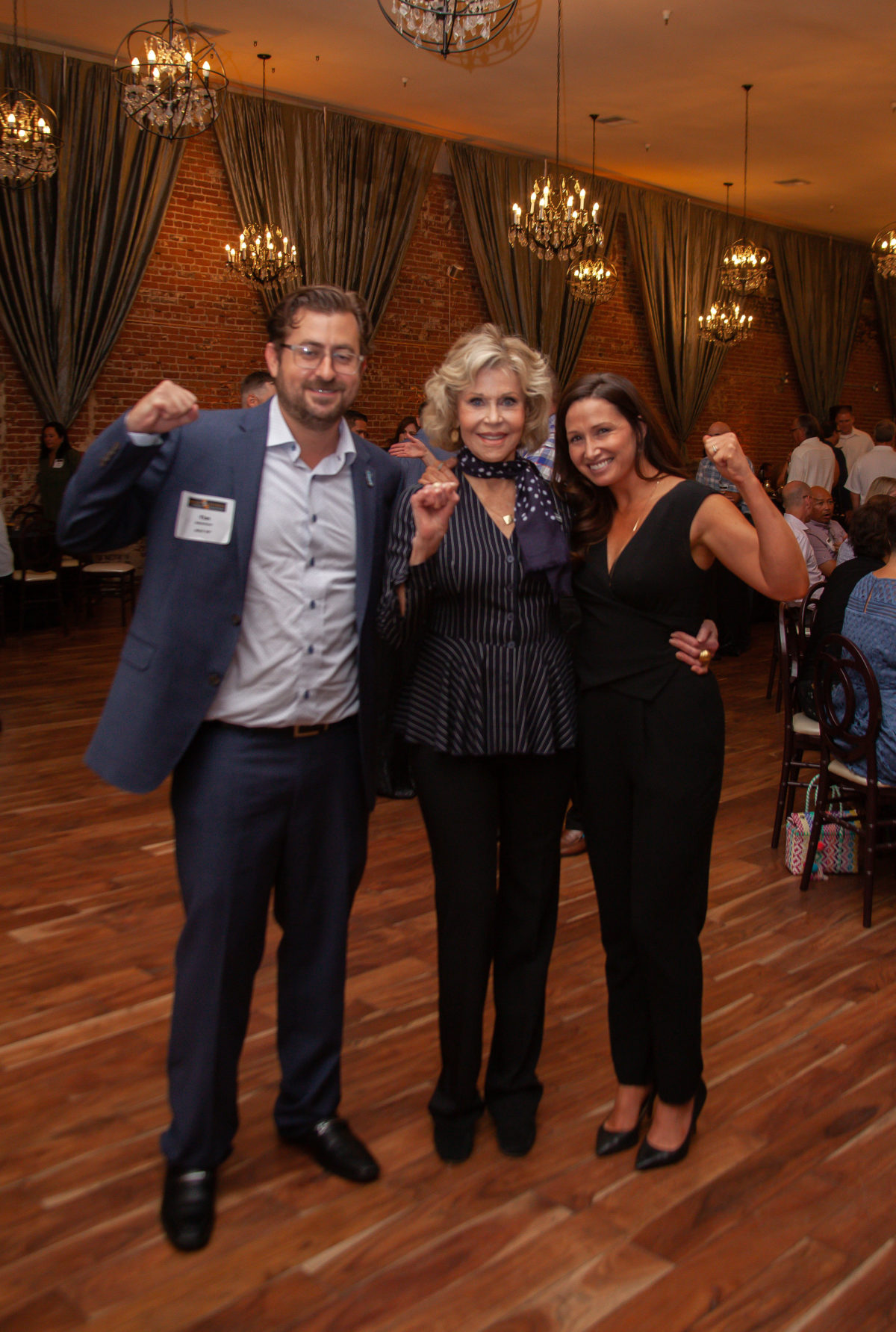 It was a beautiful experience—The Who’s who of the North Valley Labor Federation and what a diverse group it is… not at all resembling the old labor stereotype— they were old, young, Black, Latinex, white, Asian and I loved being in their midst. There were the Plumbers & Pipefitters, the United Domestic Workers, SEIU, California School Employees, Laborers, Electrical Workers, United Steelworkers, United Health Workers, Firefighters, Sheetmetal Workers and Operating Engineers to name but a few.
And we raised a bunch of money!! 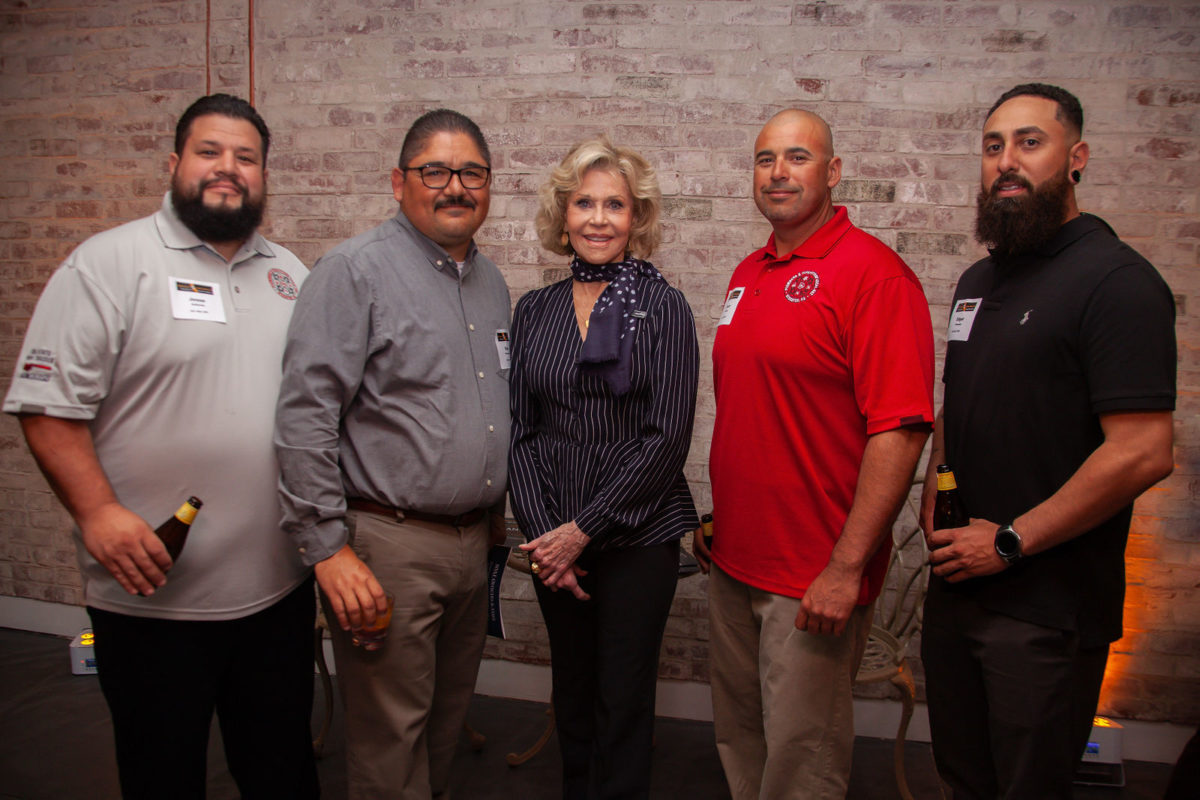 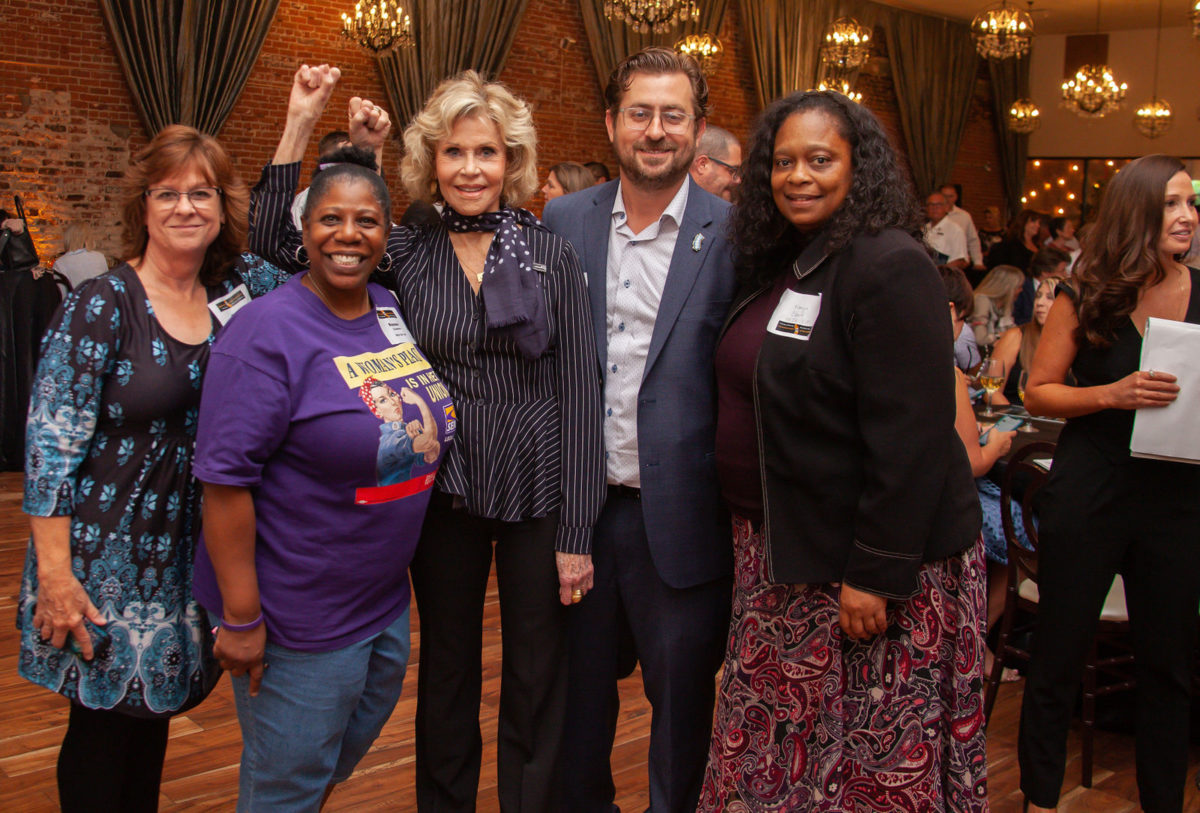 Jacques Loveall, President of United Food & Commercial Workers local 8, presented me with the “9 to 5” Award. And, much to my joy and surprise, Jacques got up when I was through speaking and pledged that the Local was going to fund an additional organizer for Working America in the Central Valley. This was beyond our wildest dreams and sorely needed. One more key organizer!!! Think of all that we can accomplish now!! 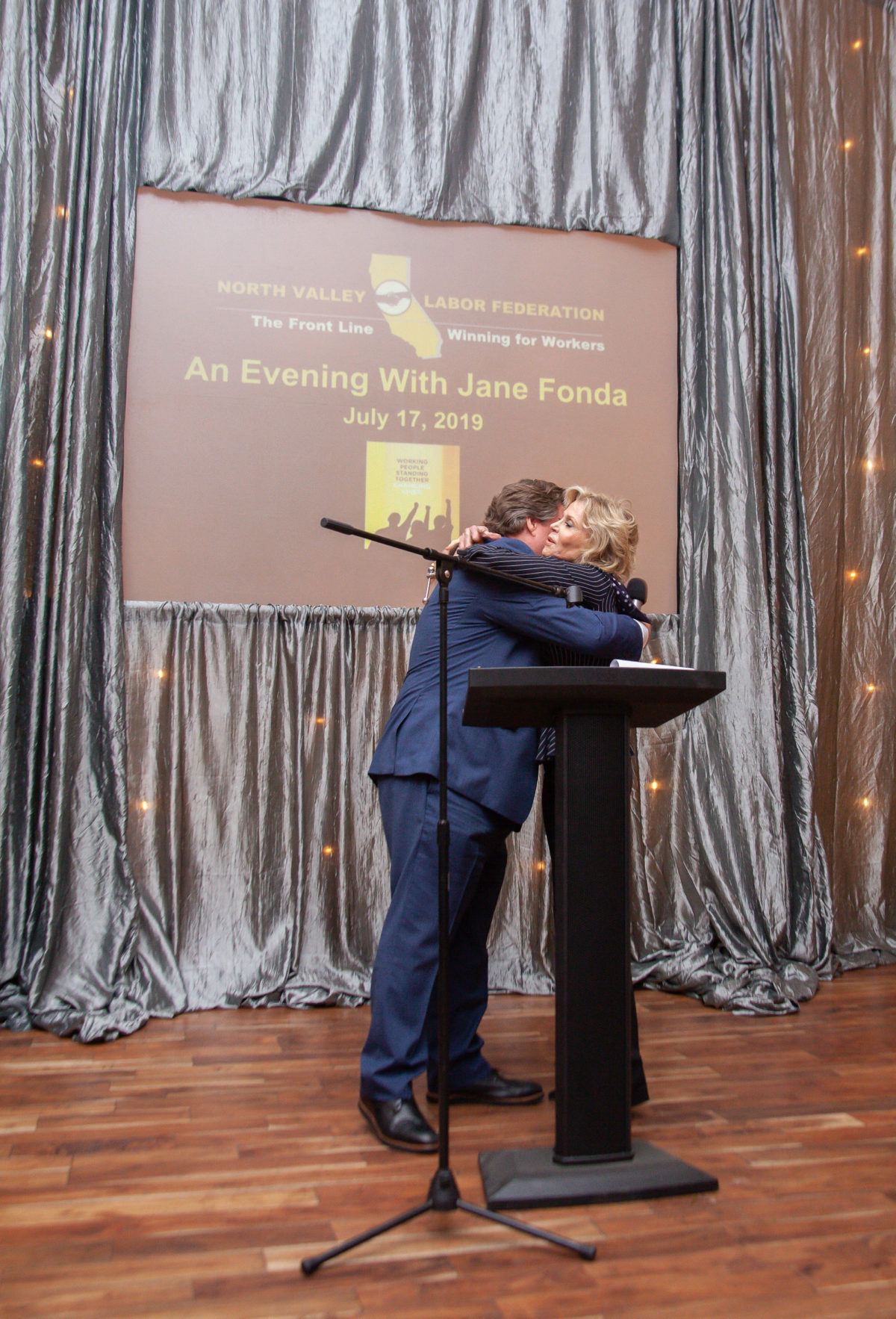 me hugging Jacques Loveall after he announced funding for an organizer for WA.
(photo: Theresa Ann)

Our immediate task is to build support for a new proposition—SCHOOLS & COMMUNITIES FIRST—to close the corporate tax loophole that has drained billions of dollars from our local schools and communities for over 40 years.

In a few weeks I go to Scranton, PA, with Working America to do the same thing: canvass and fundraise.

All this is building local power and laying the foundation for 2020 and beyond.

“They tried to bury us. They didn’t know we were seeds.”