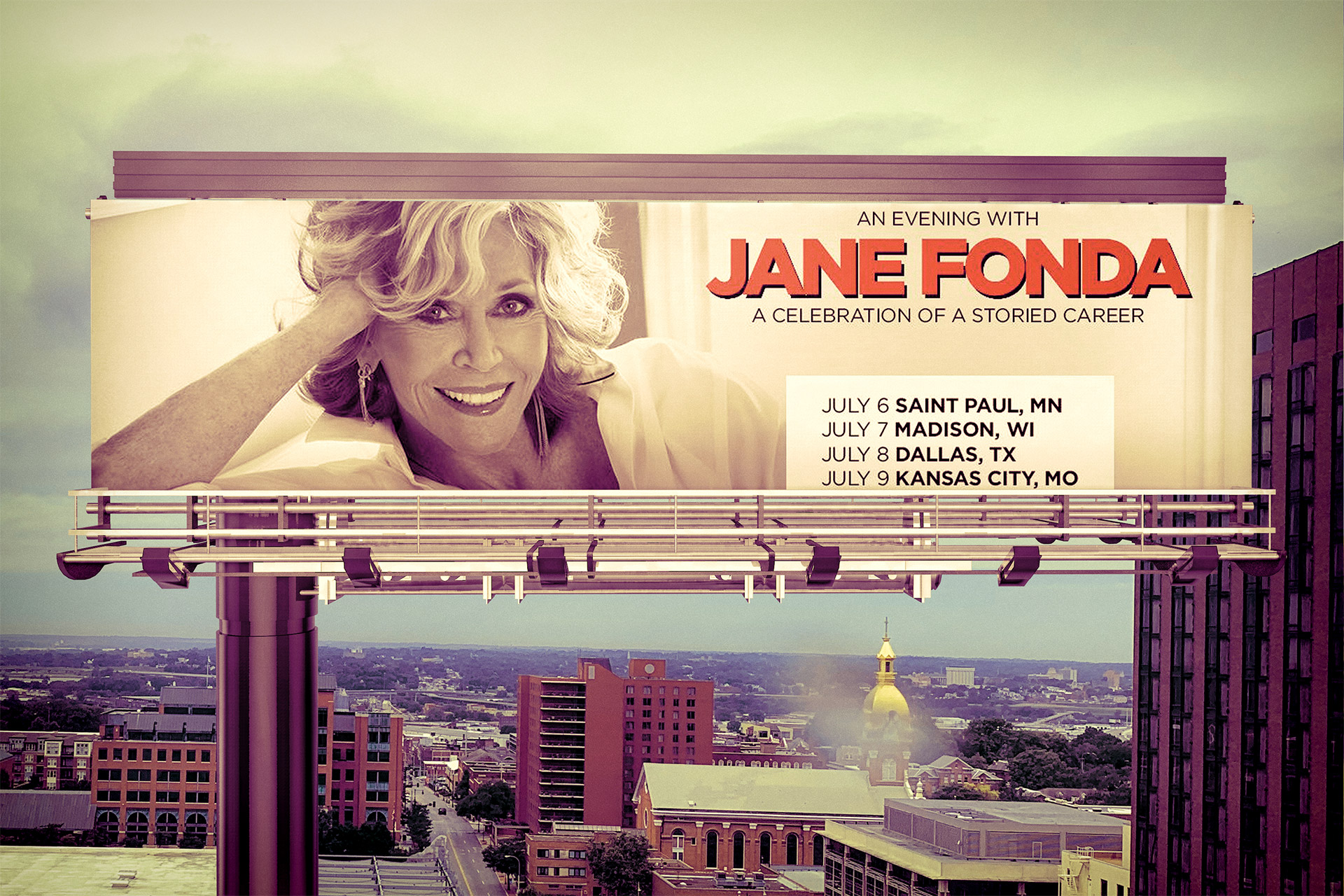 I just got home from a short speaking tour. 4 events. I realized that’s about my limit because it requires me to be awake, rested and present. When Dona (a long-time blog follower) told me her daughter thought I was very “present” at the event in Madison it made me truly happy. Present is what to strive for. It sort of stunned me that 4 events was my new limit. I remember in the 70s and 80s I would go out for 3 months at a time and give speeches all day. On one of those nationwide tours I was pregnant and on the next I was nursing…my son Troy. But I was only in my 40s then. I forgive myself for not being up to the same routine and glad that there was a time when I actually did that.

Here’s something I noticed during those 4 recent events that bothers me: People are much more excited to see me these days; they pay more attention; they think I’m really cool. But here’s the thing: This has happened because of “Grace & Frankie.” I’m in a hit series so I’m more famous, more current, taken more seriously. But guess what? I have done nothing special to deserve this added attention so it makes me feel a wee uncomfortable. Before “Grace & Frankie” I was saying the same things, I had gathered just as much wisdom, had just as much to offer the audience. I’m no smarter now than pre-Netflix. I suppose there’s nothing to be done about this. Fame is what it is. It’s just a shame that so much emphasis is put on it. And I want to simply say to my blog community not to put too much stock in fame. There are people smarter and wiser who aren’t famous. Don’t give too much of yourselves over to famous people. Distance and skepticism is healthy when it comes to fame.

That said, I had a really good time, learned quite a bit from the audiences questions about what was on their minds, and got to chat–albeit briefly–with folks backstage where people told me moving and interesting things. For instance, there was the young Pakistani man who whispered in my ear that the chapter in my memoir called “Leaving My Father’s House” had given him the courage to leave his own father’s house. It was clear from the way he said it that this was life-saving.

I also get a close sense of our country on these tours– the flyover parts. When I was little, I spent a lot of time in Omaha, Neb. cause that’s where my father’s family came from and my brother and I would visit them and some cousins. That’s where I learned what a sock hop in someone’s basement with a victrola was like and what it was like to cruise down main street with the top down and go to a drive-in for milk shakes. I love those old brick towns and how they end abruptly and then the fields and woods. Still true in many places. It disturbs me though how the downtowns of places like St Paul, Minn and Kansas City, Mo seemed to be food deserts.

P.S. I filmed the audiences at my events and I’d put that here but they didn’t come out well enough.