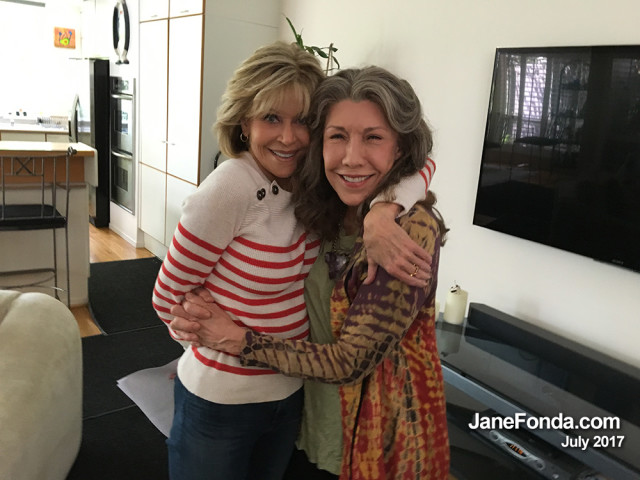 We wrapped 4th season of “Grace & Frankie” this week. I feel orphaned, especially from Lily. I miss her already but I have some dates reserved in the months ahead when we will be doing activism again together . . . in Michigan. 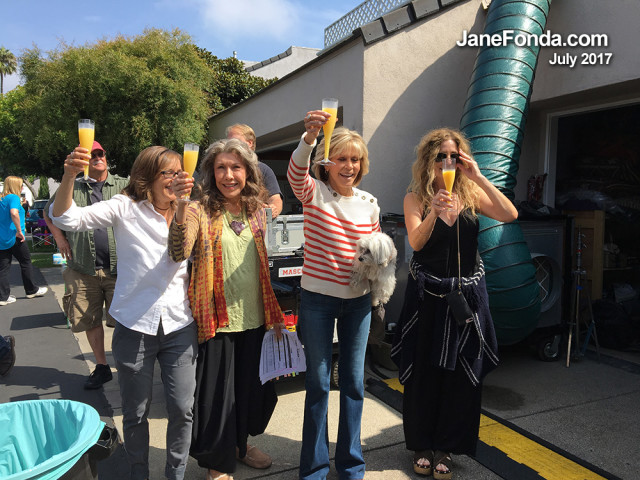 Everyone was so happy that our show received 4 EMMY nominations! Here we are, four female nominees on set with some celebratory mimosas (left to right production designer Devorah Herbert, costume designer Allyson Fanger, me, and Lily.) 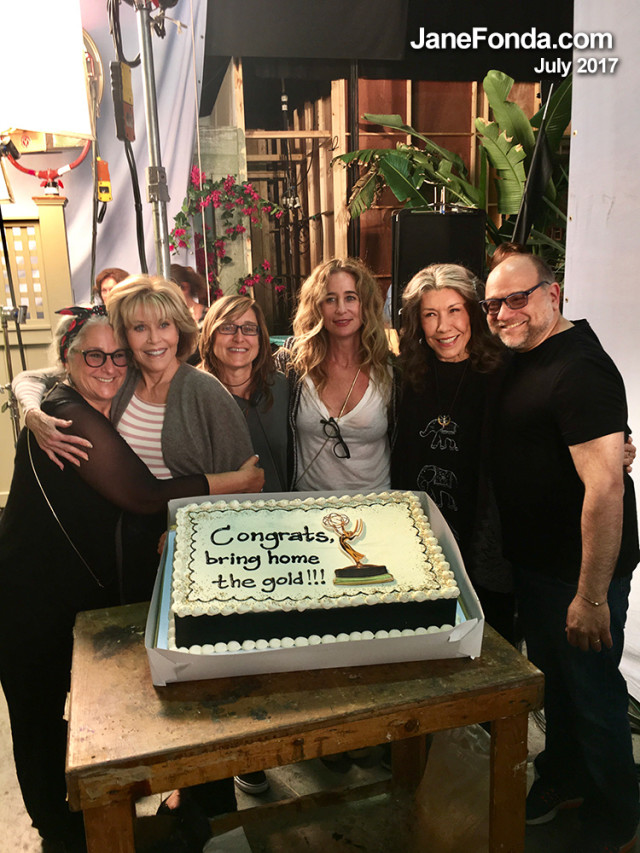 Here we are with a celebratory cake the production made for the occasion, along with the creators of Grace & Frankie Marta Kaufman and Howard Morris.

I can’t remember the last time my phone rang so much in a day, and I appreciate all the congratulatory messages I received from my friends on twitter and Facebook

I was surprised to be nominated, to tell you the truth. I know what it means to be a true comedian-Lily is an iconic one—and I don’t have those skills. Everyone was so happy that this year both Lily and I were nominated, Lily most of all . . . well no, my BFF Paula Weinstein was the most thrilled and it was she who called me weeping with joy to tell me about the nominations. She knows what an ordeal it was for me in the first year and how much I worry.

Here are some assorted photos of the last weeks shooting. 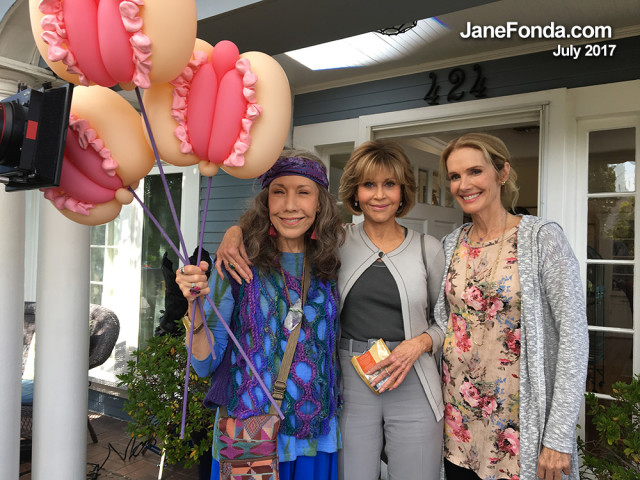 With the hysterical Julie Hagerty and our vagina balloons. 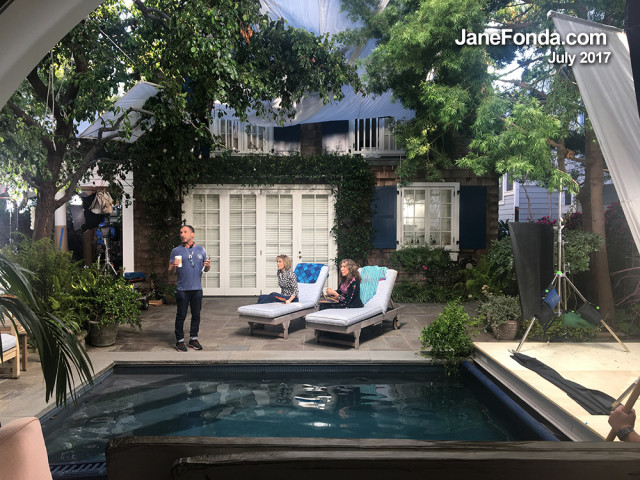 With director Alan Poul by our pool. Alan directed me a number of times in the newsroom. 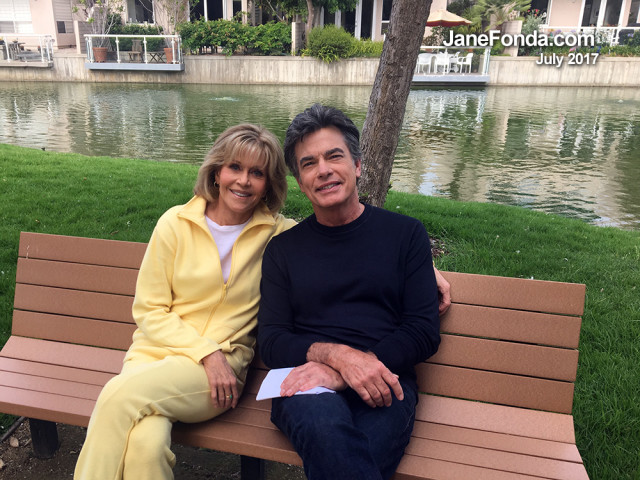 With the gorgeous and totally wonderful Peter Gallagher 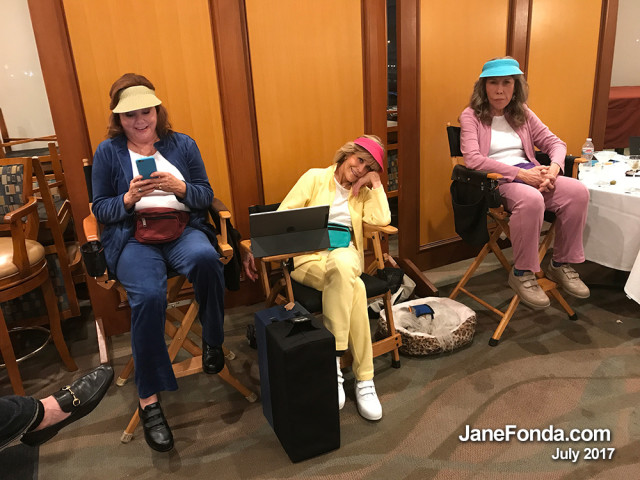 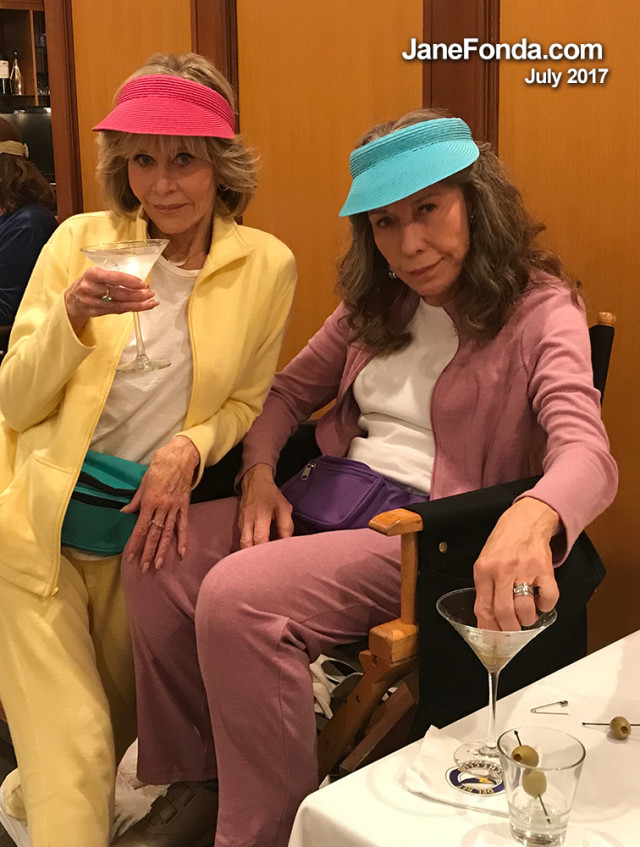 After a very, very long day.. Marcia Mason, Lily Tomlin and I were compelled to order martinis 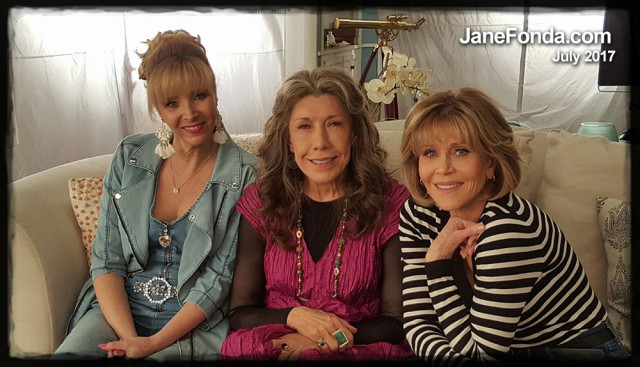 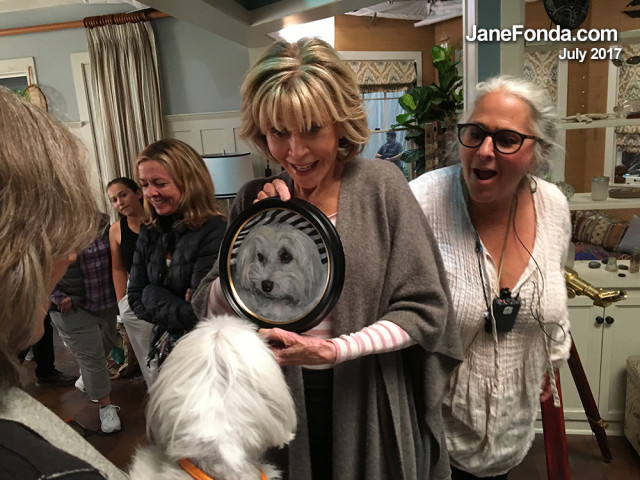 And I couldn’t resist photos of these wrap gifts I received. This one is an oil painting of my dog Tulea given to me by Laura Rush, a boom operator, and painted by a talented friend of hers. Women never handled sound booms back in the day so it’s a special treat to have Laura and the other women in jobs formerly done by men. About half our directors are women. Tulea looks like she’s looking at herself in a mirror. 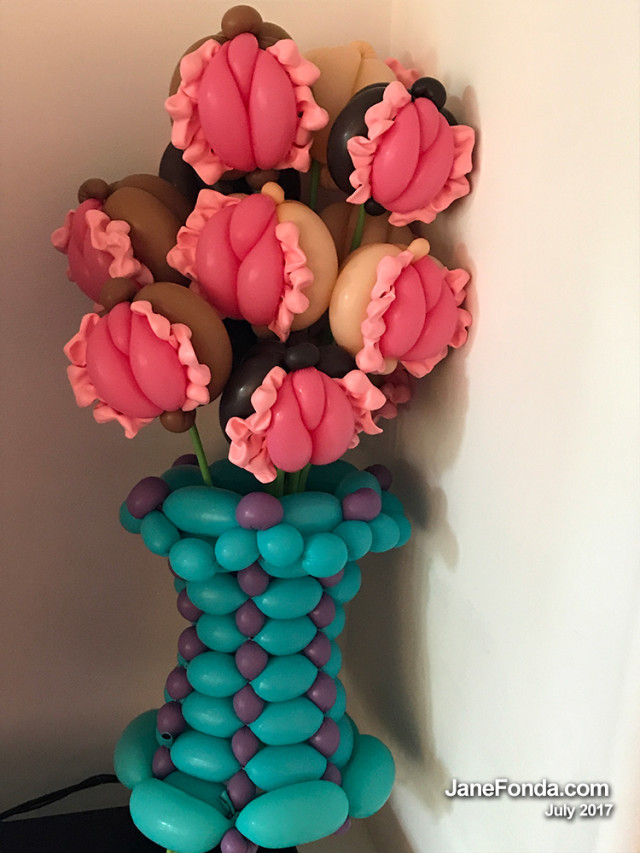 Another wrap gift, this balloon assemblage-vagina roses in a turquoise vase. Amazing, huh?

In 10 days, I start shooting “Book Club” with Diane Keaton, Candy Bergen, Mary Steenburgen and Don Johnson. It will be fun, I think. I am looking forward to getting to know them as they are all very interesting. It was written by Bill Holderman (who will also direct) and Erin Simms. 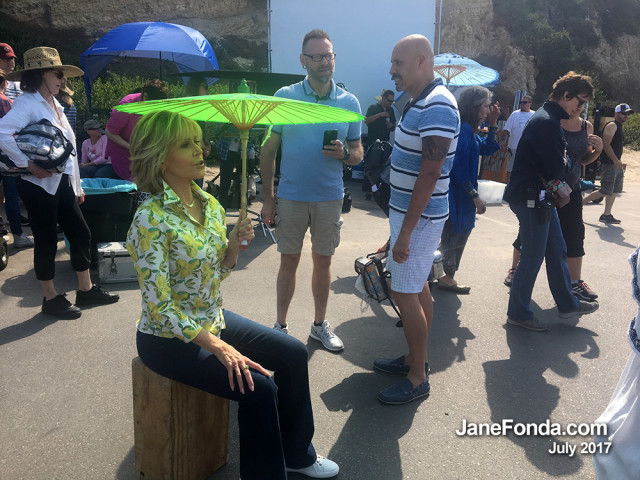 And then there’s the real world which makes my stomach cramp though I can’t stay away from Rachel Maddow who helps me put it all together. What a great reporter she is, as is Lawrence O’Donnell.

I read in last Sunday’s New York Times that Steve Bannon is reported to have said something along the lines of “We don’t want to change politics. We want to change the culture.” Meaning, the culture of the United States. Given all that is already happening, one can safely say that the culture ‘they’ want is selfish, greedy, deceitful, inhumane, views women as commodities whose only value is how they look, lacking in empathy, prepared to deceive those voters who put them in office and places branding at the pinnacle of achievement.

And now, it’s turning out that our country, once an aspiring beacon of Democracy, is being run by criminals just like the people in Russia. Mobs-ville, USA! Can it be?! Greed, money laundering and massive debt made Trump into a puppet of Russia and he now wants to turn the FBI into part of the executive branch—a bureau that reports to the President!

I’ve spent quite a lot of time in what used to be the Soviet Union -when Putin, the KGB graduate, was Mayor of St Petersburg (Leningrad). I experienced the frightening, dark dread that permeates a society where the police, military and intelligence apparatus are all controlled by the central government. It’s starting to smell like that here. We must not be complacent in the face of this unprecedented onslaught…..