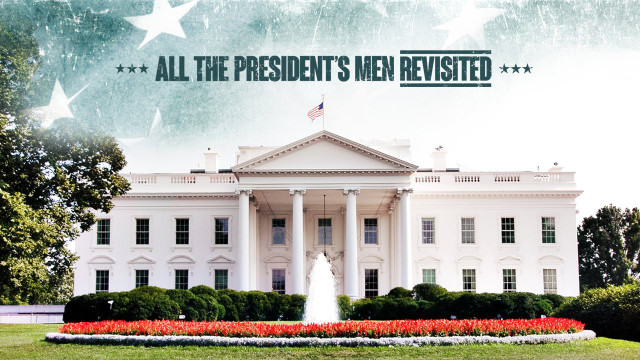 I started to write a blog about my grandson’s beautiful high school graduation from The Putney School in Vermont; another about seeing “The Doll’s House II” with journalist Laura Flanders (it was fantastic); several blogs about the 4th season of “Grace & Frankie” and about the new movie I will start in August, “The Book Club” with Diane Keaton, Candy Bergen and Mary Steenburgen.

I didn’t do any of it because it all felt too normal, even picayune. Personally, I don’t feel normal at all. How can I write any of the daily comings and goings of my life when the foundations of our Democracy are being challenged? It’s no longer a fear of what the future holds. The future is now and we are smack dab in the midst of what it looks and feels like to have an oligarchic, greedy, misogynistic, lying, bought-off, bullying administration. Piece by piece, everything that we’ve achieved in my almost- 80-years that is humane, caring, earth-friendly, decent and fair is being dismantled under our noses.

Before we began shooting season 4 of G&F almost 4 months ago I was speaking at rallies, and raising money for the movements I think can make a difference. Now, because of work, I can’t do that because there’s no time and while that hurts, I’m grateful for the work on this wonderful series that clearly means so much to so many people of all ages and genders. (SPOILER ALERT!! Season 4 is shaping up to be really fun and funny).

Saturday night I watched “All the Presidents Men Revisited” on MSNBC. It was a perfect way to remember (or learn, for those who didn’t live through it) the process that brought Nixon down. At the time, it also felt as if our Democracy was being threatened. But looking back, that 3rd rate burglary and the brief snippet of tape that exposed Nixon’s cover up seem like small potatoes next to what we’re facing today: The Russians successfully hacking into our electoral process on a level that appears to have been potentially more damaging to this country than many realize; what appears to be deep financial relationships between members of this administration and unfriendly foreign countries including massive debts owed to those countries by the President, the potential for blackmail of the President, money laundering, pay offs…it’s jaw-dropping, degrading and so worrisome that many think it’s fake news.

But here’s the important lesson that was brought out at the end of “All the Presidents Men Revisited”: Nixon would have gotten away with his reckless abuse of power, and lying to the American people if not for brave journalism, persistent public pressure, and a refusal by Americans on both sides of the aisle to normalize the Presidents misdeeds. The American public spoke out, acted out, and DEMANDED that he not be let off the hook! That’s the lesson we need to embrace today. Without violence, without demonizing those who don’t agree, in the name of Democracy, we must do all that we can to make sure the truth comes out, that “they” don’t get away with it.

We must also do what we can to protect women’s health by helping Planned Parenthood keep their clinics open and we must refuse Trumpcare. Write, call, Text, speak out and make your elected officials know you demand they not allow this to happen. Support every local effort you can find that is moving ahead with the goals of the Paris Climate Summit. More and more drilling, extractions, pipelines, leaks, are happening across the country. When filming is done, I plan on going to as many sites as I can, here and in Canada, to protest.

READ
“No is Not Enough” – by Naomi Klein, for what to do now.

“Strangers In Their Own Land” – by Arlie Russell Hochschild, to understand and empathize with those who appear to vote against their own interests. We must reach out beyond our bubbles and get to know and care about the people who are suffering, hurt, angry and abandoned. They are part of the fabric of our country and we must heal together if we to survive in any meaningful way.

GET INVOLVED
Get to know your local officials to determine if they are truly representing your interests and, if not, get them replaced.

ESCAPE WITH A GOOD FILM OR TV SHOW
Because it’s the time when members of the TV Academy vote for the EMMYS, I have been watching everything. I just discovered an amazing series, “Better Things” on FX created by Pamela Adlon and Lewis CK and starring Pam Adlon. Check it out. Also, I am riveted by “Genius,” the National Geographic limited series about Einstein. It’s wonderful filming and all the actors are extraordinary. “Feud” and “Big Little Lies” are also terrific.

I want to apologize for not blogging more regularly. I promise to do my best while making sure things don’t appear normal. They’re not. We are facing an existential crisis unlike any we have faced before. Let’s show the world we won’t take it sitting down.