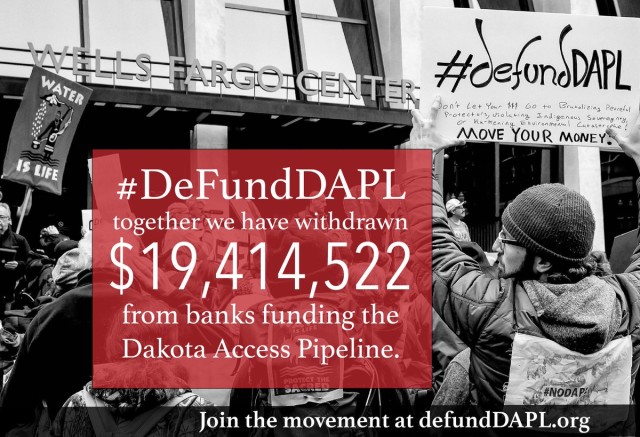 I have been almost paralyzed since the election. For a week I kept thinking it was all a bad dream. I have spent enormous amounts of time reading what everyone has posted, what responsible newspapers like the New York Times and The Guardian were saying. Some I found too depressing. Some I found too divisive. While the finger pointing “who is to blame” seems to dominate, the painful new reality of what life under a Trump Administration is likely to bring especially to those among us who are most at risk is staggering. I was actually hopeful for a minute that, perhaps naively so, that if approached right, he was persuadable. But now that I’m seeing his cabinet picks I have lost hope. This soon-to-be-Oil/corporate Administration, is also anti labor, anti civil rights, and if confirmed will be the least diverse cabinet of the last three Administrations.

I have been in Atlanta, Los Angeles, New York and North Dakota and I have listened a lot. I’m still listening, and reading, because in a country as large and diverse as ours, I understand that there are a variety of reasons why the democrats lost: Russian hacking, we needed more on-the-ground canvassing, better protections of voting rights, more aggressive rejection of false equivalencies, and fake news, the list goes on. But it is perhaps worth remembering that Hillary Clinton is approaching a 3 million popular vote margin, and Trumps electoral college win, ranks 46th out of 58 contests. Perhaps there is much Democrats can learn from and build on there.

We shouldn’t lump all Trump voters together or demonize them. We need to go to the grassroots and listen, learn and educate on the issues. One organization that’s doing that is WORKING AMERICA.

We know that Trump can’t fulfill his promises. So we know there’ll be millions who’ll be sorely disappointed in time and begin to feel buyer’s remorse. We have to be there for them with alternative solutions such a the job-intensive clean energy sectors. We can’t allow the 1% to try and divide us for their own gains—or keep many people poor and disenfranchised, also for their own gain.

While I’ve been mulling over next steps for an activist like me, I’ve also stayed on top of what’s happened at Standing Rock. You all know President Obama canceled the pipeline’s easement. Bravo for him and for the courageous Water Protectors. But we all knew this wasn’t over. DAPL is refusing to move or be rerouted and a freezing blizzard sent many water protectors and their veteran supporters home. I’ve been told that everyone is poised and ready to return if that is needed.

But, in the meantime, there are serious financial issues confronting Energy Partners Transfer, the company that has developed the pipeline this far (they’ve recently been bought by Sonoco). The company negotiated its contracts with banks and shipping companies, etc in 2014 when the situation in the Bakken oil fields was very different. The price of oil has dropped and there is a glut of pipelines up there. Unless there is a drastic improvement in the oil production there and a rise of the price of oil in general (highly unlikely) DAPL is totally superfluous. Existing pipelines and refineries could handle the region’s output. DAPL is trying to rush to completion largely to protect their favorable contract terms from 2014.
But DAPL’s contracts stipulate that if certain terms and conditions aren’t met, their financiers have the opportunity to renegotiate their relationship to the pipeline or withdraw altogether.

We don’t know what exactly the terms and conditions are but we think that one of them is that the pipeline be completed by January 1st. That won’t happen. It is also possible according to some sources that DAPL told the banks they had all the needed permits and easement which they didn’t.

Then too, there’s the grotesque fact that this company has been rated as the WORST company among all the pipeline companies both in environmental and safety terms. According to the National Lawyers Guild, Energy Transfer Partners is being sued by 5 states for contaminating groundwater. Why isn’t the press covering this?

And for those of us who have accounts in the banks that have loaned money to DAPL, we should ask the banks how they could have put our money into such a terrible investment. In order to speed up the demise of the superfluous, contaminating, greedy DAPL, a powerful new movement has arisen called DeFund DAPL. We are taking our money out of those banks.

Please go to this link so see the names of the compromised banks and how to take your funds out as I am doing.
http://www.defunddapl.org/