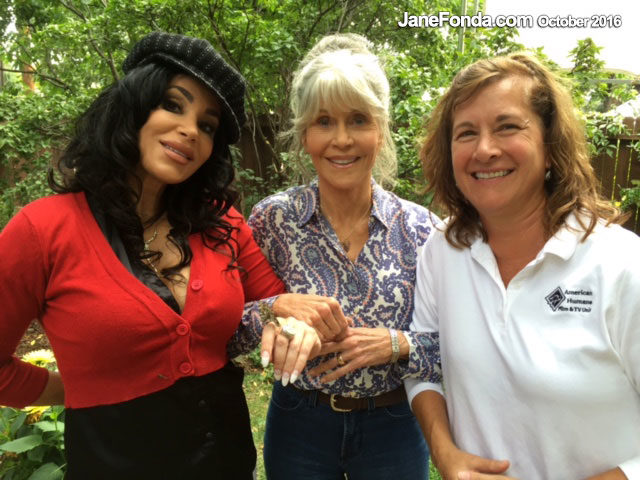 We were filming the other week in my character Addie’s beautiful garden and this very glammed up, dramatic looking woman appeared in 4 inch platform boots. (She’s Diane, the lady on the left with the hat.) 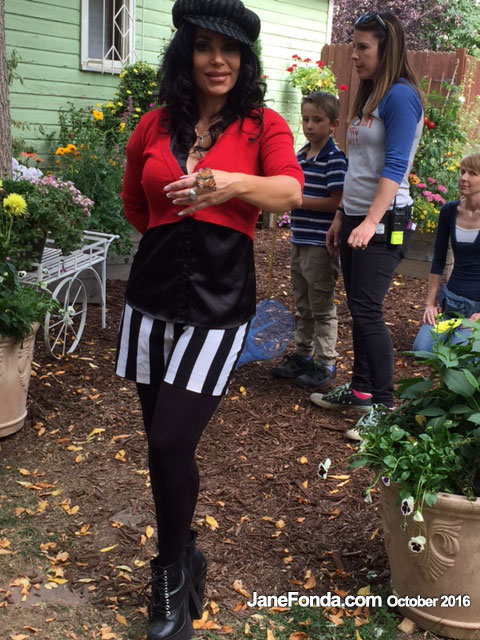 In the first photo, the woman to my right is Sandy Buck with the Humane Association Film & TV Unit who was there to make sure the butterflies were properly treated. I don’t know about you, but I found this surprising, wonderful and reassuring. Two highly qualified people on set to protect butterflies! Who knew. 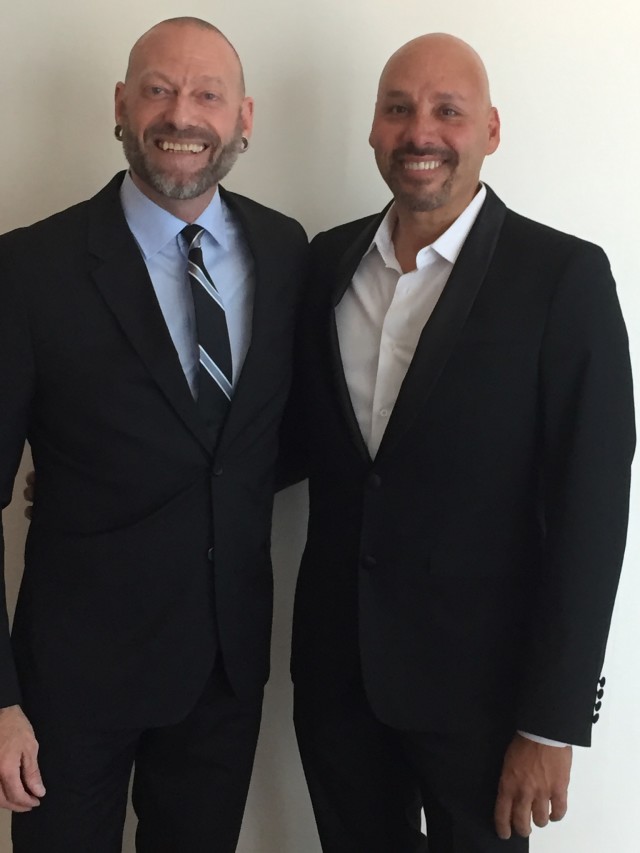 I’m sorry I haven’t been blogging every week. I intended to but I’ve been working every day and I’m too tired at night and I’ve had to travel the last 2 weekends. 2 weeks ago I had to go to L.A., last Thursday I flew to Atlanta for my non-profit, The Georgia Campaign for Adolescent Power & Potential’s annual fundraiser. It was fun. I saw a lot of old friends and we raised a lot of money. I brought David de Leon (make=up artist extraordinaire) and Jonathan Hanousek (hairstylist extraordinaire) with me. Aren’t they handsome? 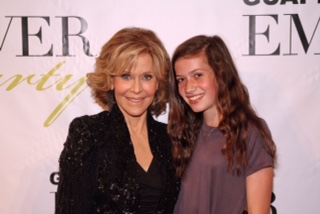 My granddaughter, Viva, came to the event and here we are on the red carpet together. 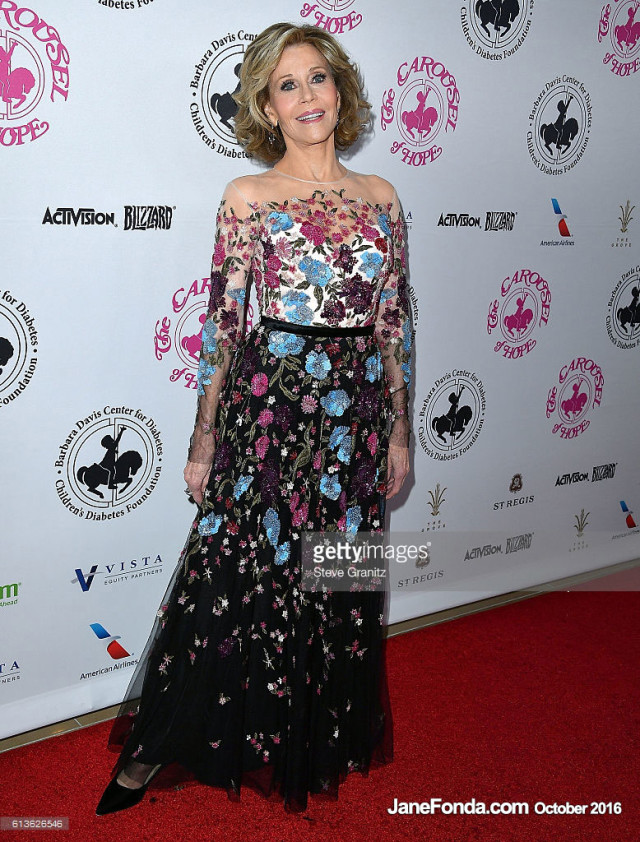 It was a very successful event but I had to red-eye back to Colorado Springs to film the next morning…brain dead. Then I had to go to L.A. Again Saturday for the Carousel Ball, an amazing multi-pronged effort to cure juvenile diabetes founded many years ago by Marvin and Barbara Davis. Barbara is a friend and is dogged in her commitment to making a difference. She was kind enough to honor me that night. Here I am on the red carpet in a Zuhair Murad gown. 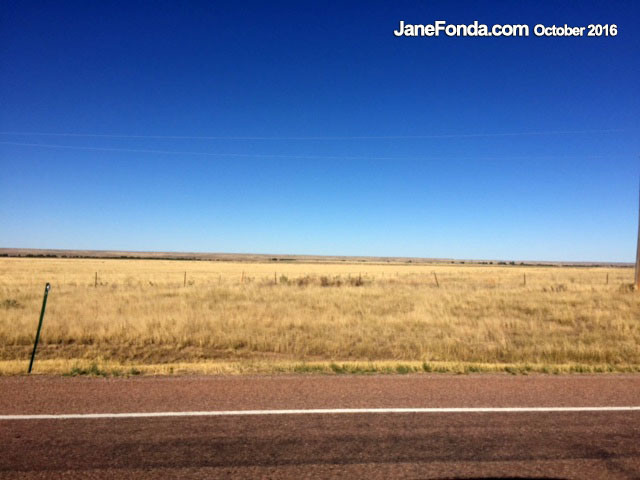 In between then and when I last posted, we’ve filmed in the Great Plains where the story takes place. Kent Haruf, the author of the novel this film is based on, said about the Great Plains, “they’re not pretty. But they’re beautiful if you know how to look.” I agree. 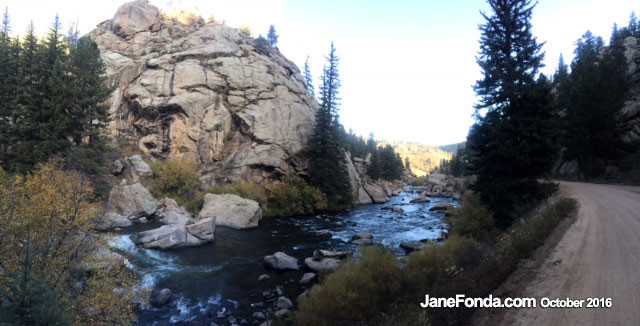 We also filmed some scenes in the Rockies where we camped and fished. 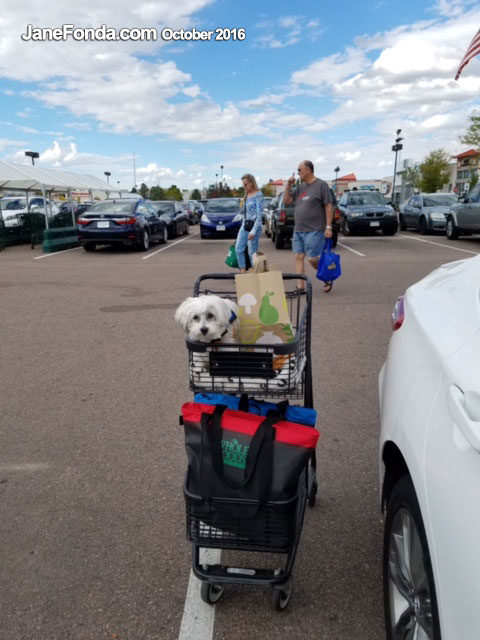 While I was away, Tulea went food shopping with Debi, my assistant who is a true dog-lover, 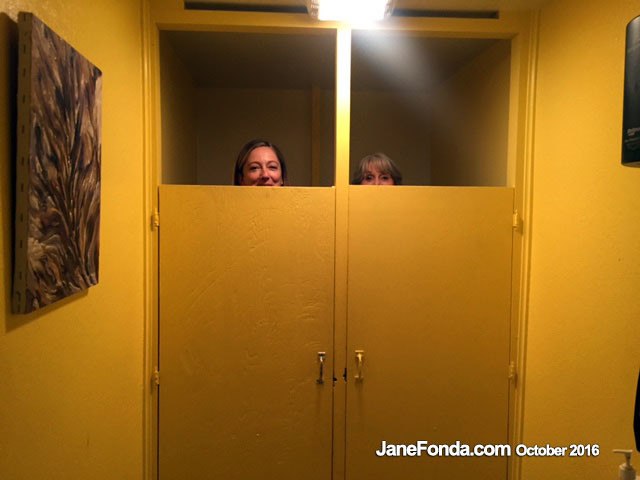 I’ve been asked by Netflix to not post any more photos of me and Bob as we appear in the film. But I’m sure it’s ok to show you this one of me and Judy Greer in a bathroom in the bowling alley in Florence, CO, where we’ve been filming for a week.

Judy plays Bob’s daughter. I’d never worked with her before and she knocked my socks off. Bob’s too. She is truly talented and we pledged to be friends. Who says you can’t make new friends late in life? 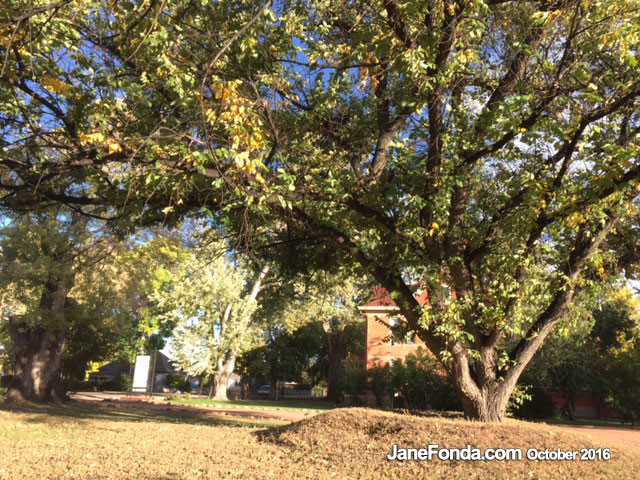 I’ve been staying in a lovely Bed & Breakfast in Florence called Florence Rose, built in 1886 and purchased online by the current owners from New Jersey.

This is how Tulea skipped down the path to the B&B. Yes, she skips.

So that’s my snapshot view of the last weeks. I am having a wonderful time. The people here have been so friendly and lovely to us and they’ve made terrific extras!

3 more weeks to go. I wish I could drag it out for months. We shot a scene at a parade today with me kissing RR right out in broad daylight! What’s not to be happy about. Love that man. He’s about as perfect as they come, inside and out.