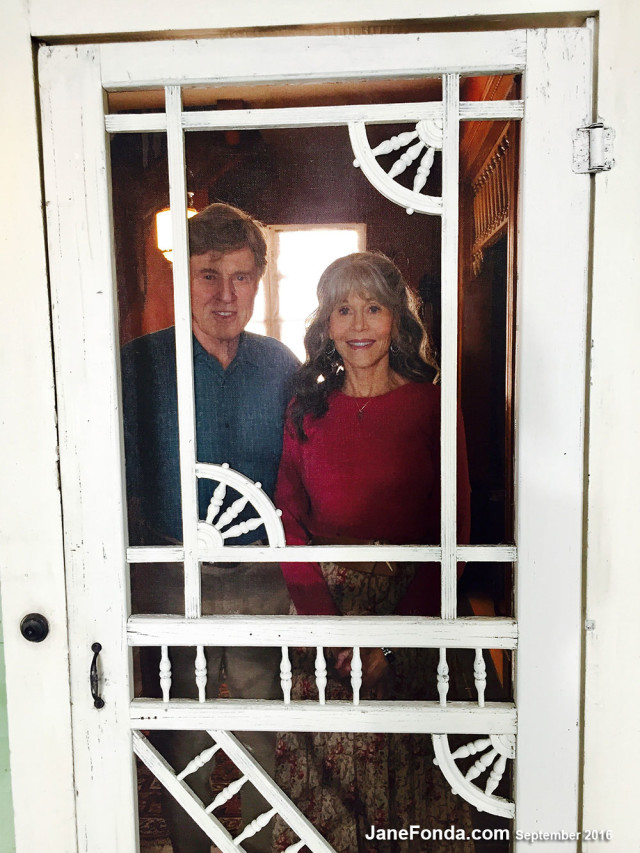 I meant to post this over the weekend but ran out of time. The only thing that makes me want to be very young again is that back then, times lasted longer.

Anyway, it was a good week. We’re shooting as much as possible in chronological sequence which is good because we, or rather I should just speak for myself,I could get all the nerves out of the way in the scenes where Addie, my character, is truly nervous.

The first day, I went to get in the car to go to work and this deer was grazing right outside my door. 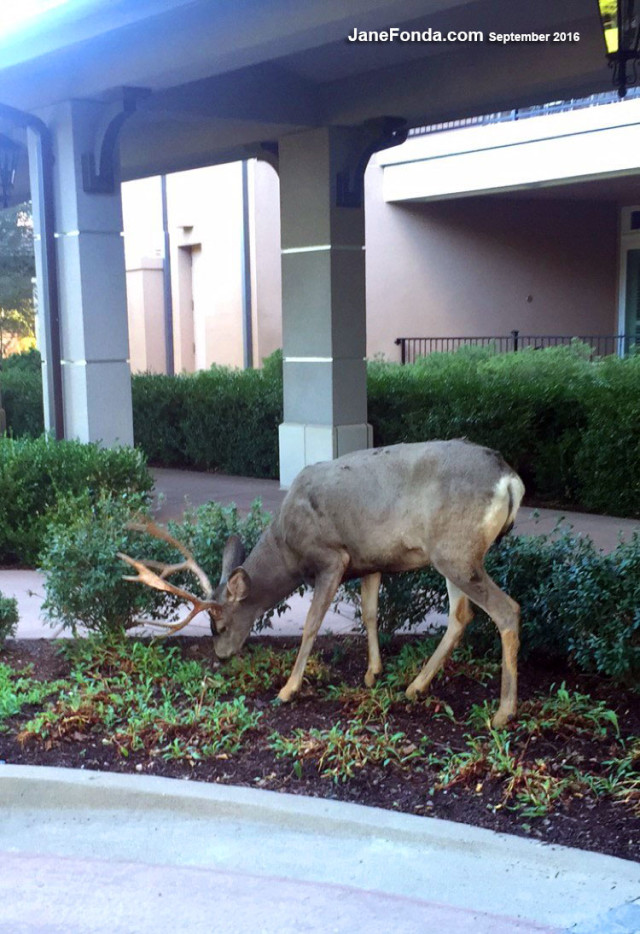 Then it hid in the shrubs to ruminate. 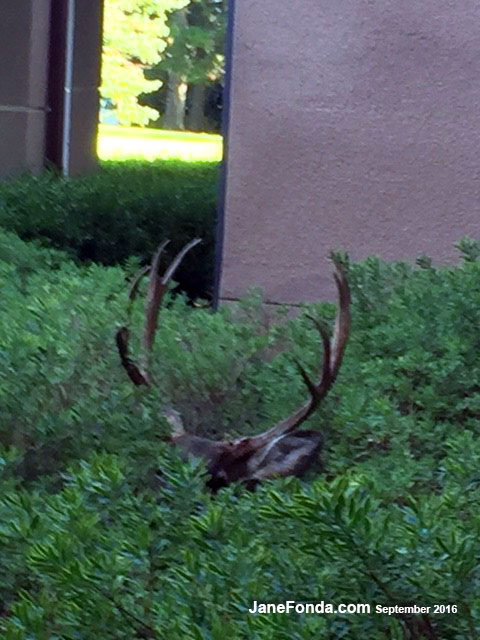 I brought my special “waiting around” chair that Lily gave me as a wrap gift at the end of shooting 3rd season of “Grace & Frankie.” I love it. It has a desk top that folds away 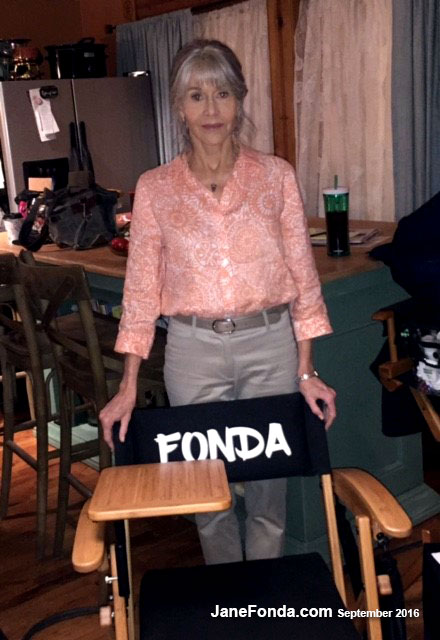 On our Netflix show, Lily got dibs on the “Crow’s Nest,” the private little room with a door at the end of the hair and makeup trailer and up a few steps. This time, I got it!! Here I am showing it off with David and Jonathan goofing off…as per! 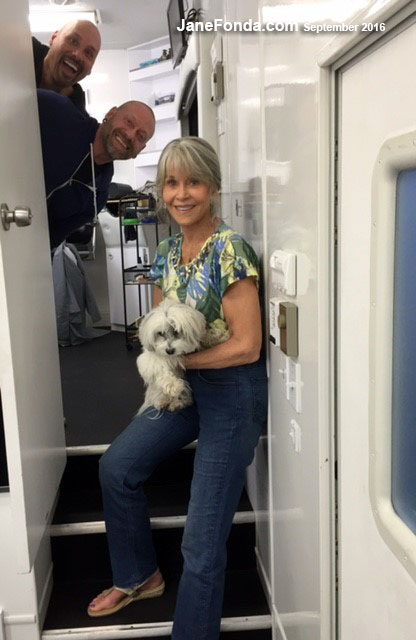 There are always a group of really nice local people who come to watch the filming. These are Addie’s neighbors so I enjoy talking to them, getting a feel of who my neighborhood is populated with 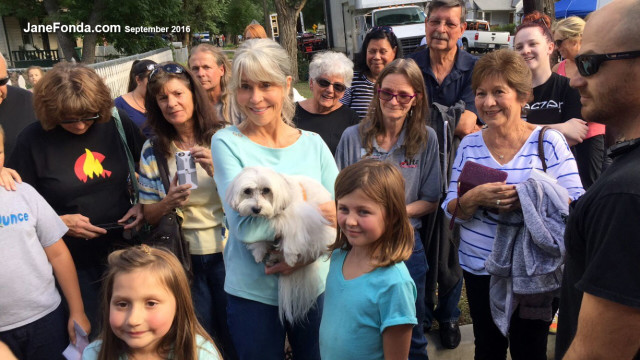 One day the woman showed up who snuck me onto Ft Carson in the trunk of her car in 1970 so I could distribute newspapers published by G.I.s who were part of the G.I. Movement around the country. 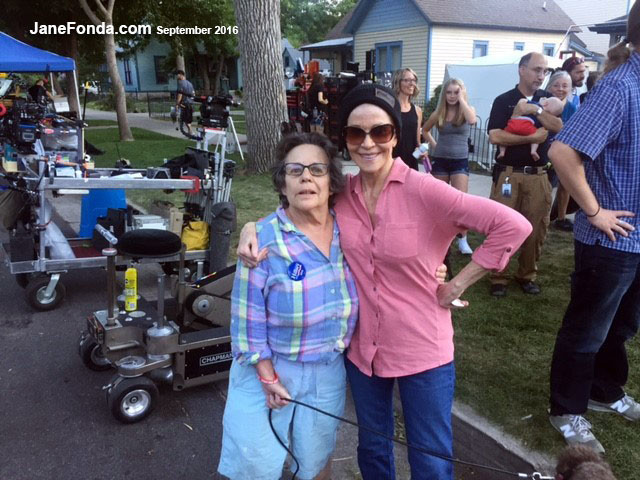 Here’s Addie in her garden with Jonathan 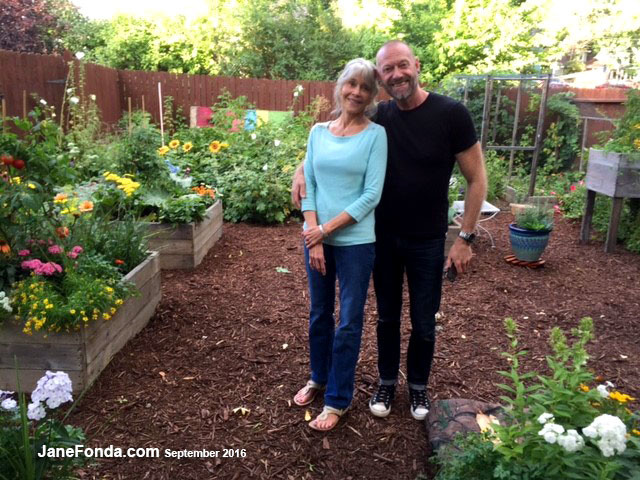 Here Bob and I are with Cathy Haruf, widow of Kent Haruf, the novelist who wrote “Our Souls At Night” on which the movie is based. She and I spent several days together last July in Yuma, CO. so I could get a sense of a really small town vibe. (Pop 2000) 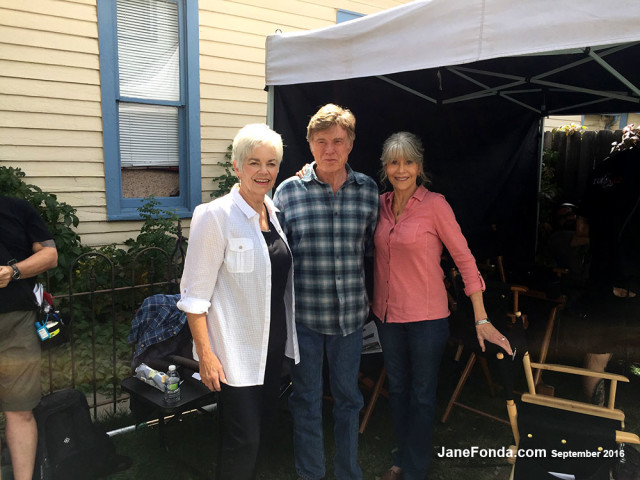 On Friday, we filmed at night and it was cold. I got home at 3am. Here I am in the “warming tent” that was set up for me with a large heater and heated blanket. Katharine Hepburn taught me when we were about to shoot a night scene in the cold lake of “On Golden Pond” that it was important to get warm to your core first. So here I am, taking her advice. ..as per. 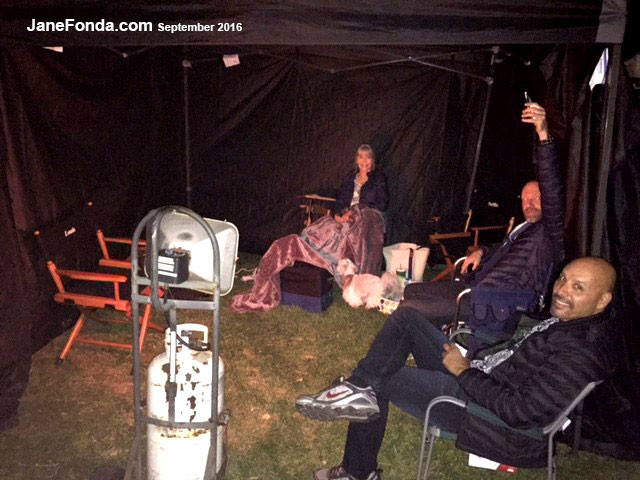 Saturday night, my team and I went to dinner and a movie at this very cool local movie theatre: Tinseltown. We saw “Sausage Party” which was too gross for my taste. 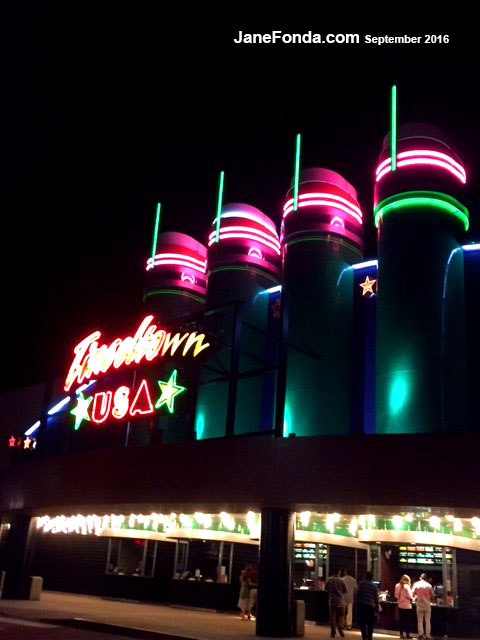