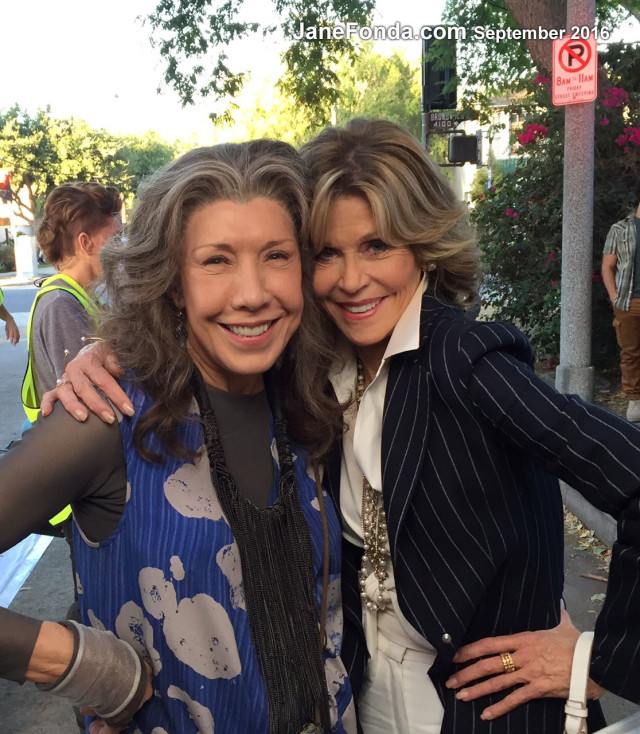 I’m trying not to feel guilty for not blogging in so long. But guilt gets you nowhere. Right?

There are multiple reasons why I haven’t written more.

For one thing, we were working like whirling dervishes on season 3 of Grace and Frankie. I haven’t seen everything cut together but my sense is, from what I have seen edited and what others have told me, it’s pretty darn good. The four months it takes to do 13 episodes flew by faster than any of us could’ve imagined. On the last day (just 10 days ago) we just looked at each other and all agreed that it felt like we’d only been shooting for a couple of weeks. I guess that means we were having fun. I can’t give anything away as to plot or new characters but it’s all good. And I think the last scene of the last episode will be very moving for people who are fans of the show.

And again, I have to say how surprised I am, we all are, with the wide diversity of age and gender reflected in our fan base. I think it’s an easy show to like; it doesn’t cause anxiety; it’s easy on the eye; and it gives people hope. I just want to say that I feel so deeply blessed to be in such a series that is making people feel good and giving hope and giving a steady job to an old broad…actually, two old broad’s. Lily would want to be included.

We had a wrap party at Marta Kauffman’s house last Saturday. She is the co-creator of the series and the main honcho. The party was a blast. I danced all night, including with Marta, and didn’t understand why my tailbone was so sore the next day. My glam team, David and Jonathan, had to tell me the next morning that I had fallen while dancing with Marta and must’ve hit my tailbone. But it’s all well now. Nothing but good memories.

I haven’t a clue when Season 3 will air. I do get that fans are frustrated by the long wait. I get frustrated waiting for Fargo and Homeland and Empire.

The reason my glam team were with me the day after the wrap party is because we were developing the look of the character I’m playing starting in 10 days, in Colorado with Robert Redford. It’s called “Our Souls at Night” based on a beautiful novel by Kent Haruf. 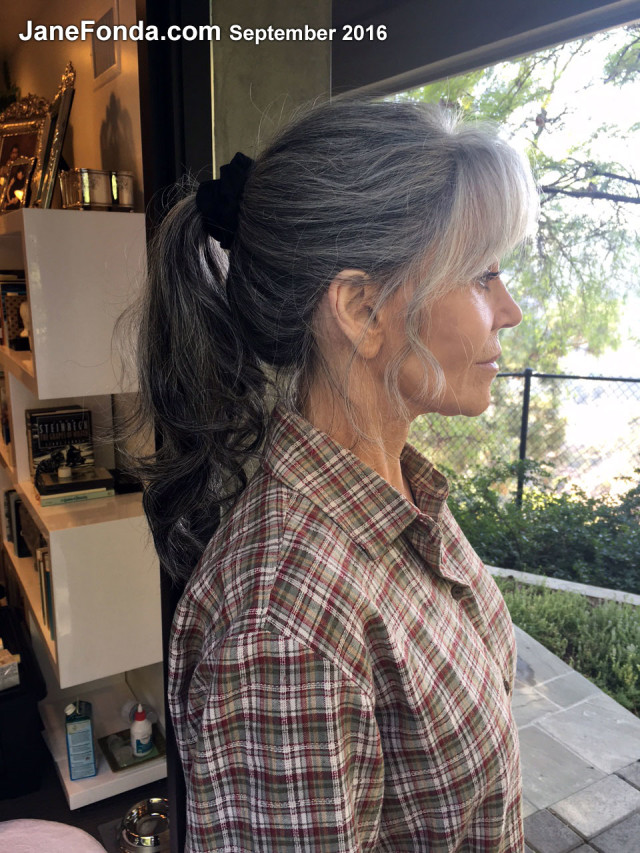 Here I am as Addie

This movie is another reason I haven’t been blogging. When there was time off from Grace & Frankie, I was working on Addie, my new character. I cannot tell you how excited I am about this movie. And not just because I’ll be working with Redford for the 4th film, but also I am excited about our young director, Ritesh Batra. His first film which he wrote as well as directed, was “Lunch Box” which garnered much attention at Cannes and won him a BAFTA Award.

Also, I’m thrilled because ours is a beautiful, layered story that I believe many people will relate too. It takes place in a tiny town (pop. 2000) smack dab in the Great Plains in Colorado. 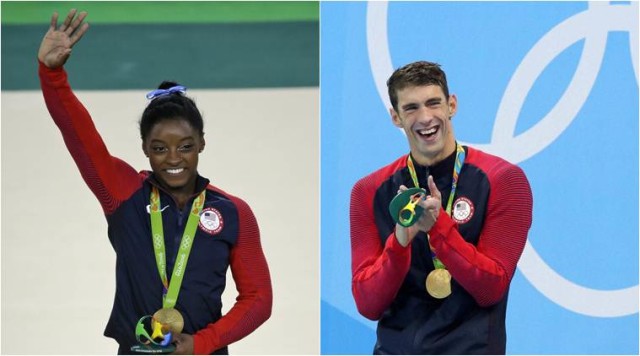 During the Olympics, I had no time to write because I’d hurry home from work to watch the Olympics that Richard would have taped. I’ve attended 2 Olympics, in LA and in Atlanta but I’d never followed as closely as I did this time on TV.

I was so rooting for them to go smoothly and be exciting. I wanted this to happen not just for the athletes sake but for Brazil’s sake. I’ve been to Rio. I’ve been in those favelas. And it was hard to imagine that Rio would be able to pull it off. But they sure did and in an inspiring way. I cried many many times as I watched, starting with the opening ceremony with all those countries represented and all those athletes from countries some of whom are fighting each other and they all looked so joyous and I couldn’t help thinking “ why can’t it always be like this? why do we have to have wars?” This is what the Olympics are all about but it has never come across so strongly as it did this time for me.

And then of course there were all the great moments with the worlds greatest—Phelps, who brought himself back from the edge with such glorious triumphs. And Simone Biles and the whole Final Five team, so giggly and joyful and brilliant. And the south African runner who’s trainer is a gray-haired 72-year-old grandmother. What a gathering of people, not privileged in the western meaning of the word, many overcoming enormous obstacles, but all of them proving what dedication, sacrifice and courage can do to elevate someone with a natural gift to someone who puts everything on the line and surprises what the world believes is possible. What guts. What devotion. And with the whole world watching! Actors never have to accomplish this with no second chances, no “cut. Take 2”.

And the final reason I haven’t written any blogs is because I’ve been dumbstruck by my country’s presidential primaries and now by it’s general election occurrences.

I have to confess, under normal circumstances, I would feel some compassion for Donald Trump. I have known and loved men who had some of the same issues as he does. But unlike him, they chose, with time, to move towards the light. I feel certain that things occurred early in his life that caused him to be what he has become. But clearly, he’s made no effort to look at himself objectively and attempt to change/heal.

And, as these are far from normal circumstances–the fate of the world is at stake and that is no exaggeration– I have moved past compassion to fear and anger.

So I will pray, and meditate that things are going to turn out all right and that Hillary will win. I will also pray that Democrats will take back the Senate and I’m doing all that I can to make that a reality from afar. Were I not making this movie in Colorado I’d be walking precincts, knocking on doors, not just for Hilary, but for all of the Dem women running for the Senate around the country. I’ve met them and they’re fierce and good.

So that’s my catch up. I will try to blog from Colorado and send pictures when I can. In your heart, say “Break a leg, Jane.”