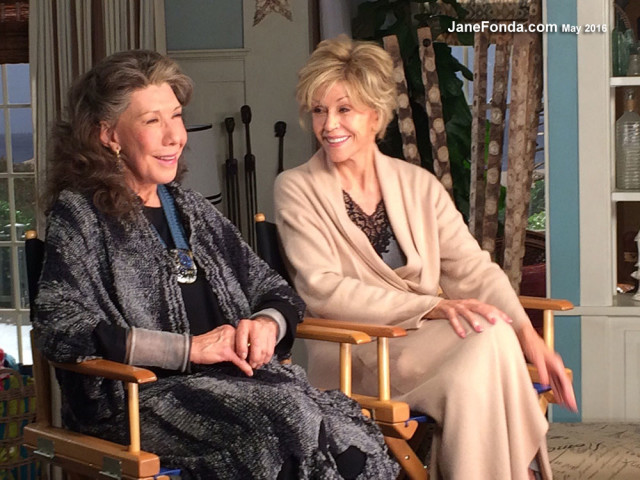 I haven’t done a blog in almost 2 months. I feel bad. Not guilty—social media is supposed to make life (and communicating) less stressful and easier, right? —but bad nonetheless.

Not sure quite why I haven’t written. Well, one reason is that right after my last blog about Portugal (seems like a lifetime ago!) Lily and I did a lot of promotion work in Los Angeles and New York for Season 2 and right after that we started shooting season 3 of “Grace & Frankie.” Man oh man am I getting positive feedback on Season 2. We all are. I was confident that it was better than the first season and clearly I was right. We’re settling in, finding our voices and so are the writers. As I’ve written before, season 1 was hard for me personally. Maybe one day when I’m too old to keep acting I will write another sort of memoir and then I’ll explain the reasons—-or not.

What matters is the I felt very differently season 2 and even more so right now, on season 3. We’re having a blast even though the hours are usually super long. Sometimes 16-17 hour days. I hardly have any time to hike or be with Richard. He’s so great though, he never complains, never depressed, never angry or mean. Sweetest, gentlest man!

Maybe one reason we all feel so good on “Grace & Frankie” this season is because we know we have a hit on our hands. That sure feels terrific. I get the most amazing feedback, not only from my social media community (thank all of you so much!) but from people in the streets, in stores (not that I’ve been in stores much lately), but you know, at the hairdresser where I just was to get my gray roots dyed. (I’m going to be gray in the movie I’m doing with Redford in the fall), and the manicure place where I had to go because my clear nail polish turned yellow over night. Has that happened to any of you? 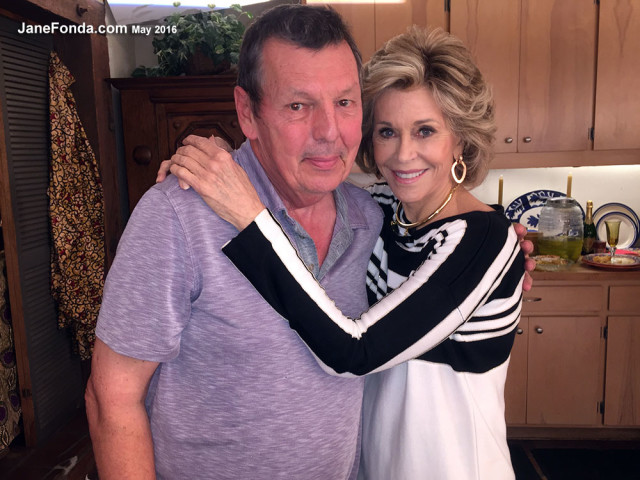 I think we all even look better the 2nd season thanks to the wonderful Gale Tattersole (above). I also look better because I gained 5-6 pounds. When I was growing up we were told when that when women get older we’d have to choose between our ass and our face, well guess what, its a false choice. I’ve gained some weight and I’ve gotten complements on both!! 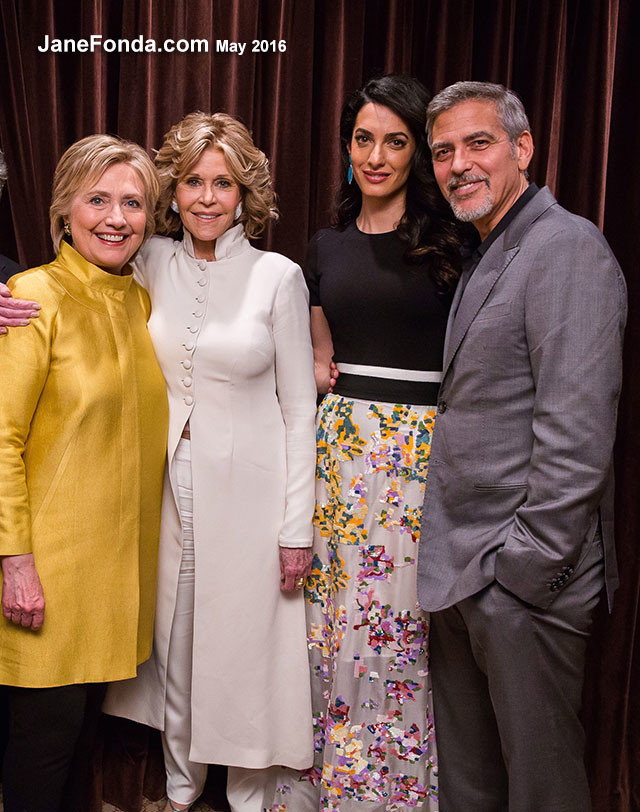 Another fun thing I did just before we started shooting was to attend a fundraiser for Hillary Clinton and the Democratic National Committee at the home of George and Amal Clooney. My tooth fell out again but oh well. I had fun with Ellen Degeneres and Portia de Rossi and a good chat with Amal who is smart, humble and interesting. 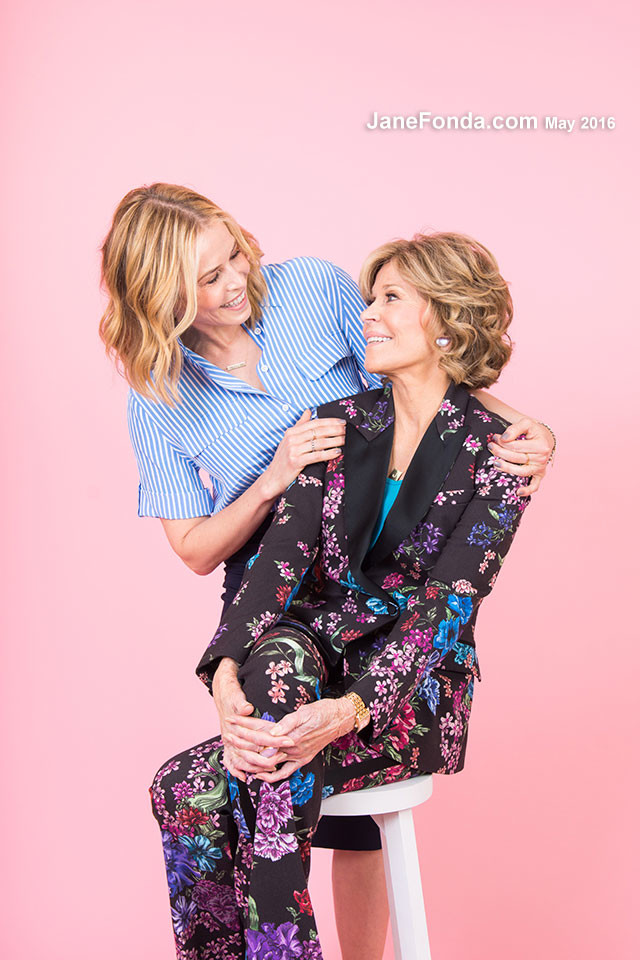 Last weekend I attended a Netflix function for EMMY voters and was on a panel with our show runner, Marta Kaufman, Chelsea Handler, Kristen Ritter and others. Love Chelsea’s new Netflix show.

So, there’s a brief update on this lovely Memorial Day Weekend. I hope it’s a sweet, fun one for all of you. And while we celebrate our soldiers, let’s pledge to do all we can to stop the wars and to not vote for any loudmouth saber rattler. Enough death, enough killing, enough PTSD and sadness. Let’s mourn the losses and help heal the wounded.