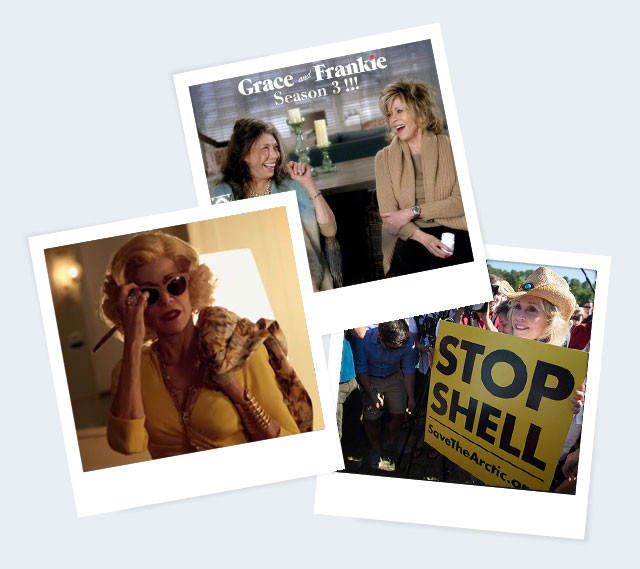 So much going on. Since we wrapped Grace & Frankie mid-November, Lily has been nominated for a Golden Globe both for her role as Frankie and for her lead performance in “Grandma” and I’ve been nominated for a Golden Globe for my role in “Youth.” “Youth” is the film I travelled to Switzerland and Italy to make last year. An incredible experience working with Paolo Sorrentino. The film just won “Best European Film” and Paolo won “Best European Director”. The film is a feast for the eyes and a sort of meditative exploration of life, aging and passion.

To top it off, the same day the Golden Globes were announced, we got an official Season 3 renewal for G&F! Such great news all around. We really found our groove shooting Season 2, so I’m thrilled we will get an opportunity to do more. Don’t have our air date yet for Season 2 but of course I will keep you posted. 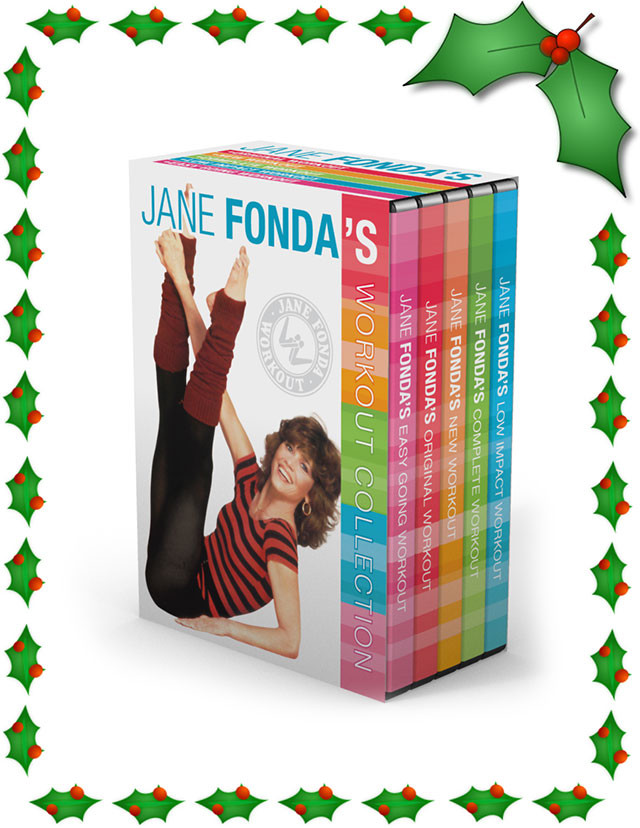 Let’s see, what else? There’s been such a great reception to the Box set of my Original Workout Programs on AMAZON. I’m finding out that it’s become a popular gift item this season. Amazon has it as part of their deal of the month, so check them out here, if you haven’t already.

Then there’s been the Paris Climate Conference. Here’s a link to Bill McKibben’s Op Ed piece in the New York Times.
http://mobile.nytimes.com/2015/12/14/opinion/falling-short-on-climate-in-paris.html

I agree with Bill. If we’d passed the accord that has come out of Paris back during the Earth Summit in Rio in 1992 (I was there), the weather disasters that are occurring at an ever increasing rate could have been at least partly avoided and we’d have been given a much better chance today of achieving the newly adopted goal of 1.5 degree Celsius (above pre-industrial levels). This is the level at which climate scientists say we can avoid the worst catastrophes that could make parts of the planet uninhabitable. The goal set by the Paris accord, if implemented, is more than twice that. Achieving the 1.5 degreeC goal requires leaving most of the remaining fossil fuels in the ground. That is why people like the Koch brothers and their ilk have spend $100s of millions funding Climate-denying “research” . . . making the world safe and habitable would hurt their bottom line. They’d rather die rich than help save the world –God’s creation, as Pope Francis says. Since the coal and oil and fracking industries fund so many political campaigns, most prominently the Republican Right Wing, if we elect a Republican we’re selling ourselves and our children’s children down the drain.

What is to be done (besides turning out next Nov in large numbers and voting for the planet)? As Bill McKibben says, ” . . . we need to build the movement even bigger in the coming years, so that Paris turns into a floor and not a ceiling for action. We’ll be blocking pipelines, fighting new coal mines, urging divestment from fossil fuels—trying, in short, to keep weakening the mighty industry that still stands in the way of real progress.”

And, trust me, I’ll be dragging these old bones and young heart to every rally and protest I can get to (when I’m not filming) and financially supporting the worthiest of climate efforts because I think it’s all worth saving and I have grandchildren.