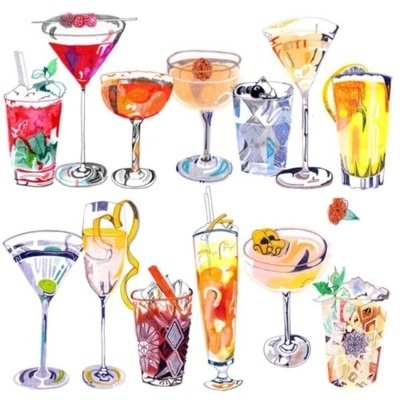 With this long weekend, I finally have time to catch up on watching the dailies of “Grace & Frankie” Season II, finish a few books, take some walks and write a blog!! While we’re shooting, there’s simply no time to do anything but work and sleep and get up and work again. We’re about to finish episode 6 and I have to say, in my humble, front-line opinion, season II is better than season I. We’re finding our groove. Both Lily and I rejoice regularly when we hear from people who have binge watched the entire thing or from friends who regale us with stories of how their parents, their grandmothers, even their nieces and nephews are ‘addicted’ to the series. It’s amazing to us how the show seems to appeal across gender and age. Who’d have thought!!! 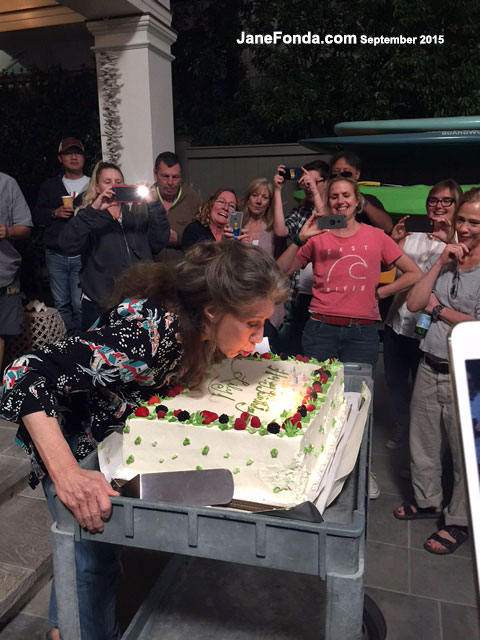 Last week we celebrated Lily’s Birthday on the set with this cake. Lily’s been doing double duty these last weeks, working on the series while traveling to New York on weekends and doing Q&As after screenings to promote her fantastic new film, “Grandma.” I urge all of you to see this really wonderful movie. I saw it at the Sundance festival with Lily last January and knew immediately that the film and Lily would gets a lot of buzz. She certainly deserves to get an Oscar nomination for her performance . . . which would be very cool: an Emmy nomination AND an Oscar nomination in the same award season — at seventy something (I forget how old she is but she’s a little younger than me). BTW, Sam Elliott is also in “Grandma” and also deserves a nomination. Check it out.

I know how hard Lily’s working and can only imagine how tired she must be, but does she complain? No. Does she always show up ready and able to work? Yes. She is amazingly strong and resilient, that one, and always ready to laugh. We laugh a lot on the set.

Speaking of tired, let me tell you what I’ve learned about drinking–booze, that it. I have discovered at almost 78 years-old, that if I have even one drink the night before I have to work, the next day my energy is 50% less than it would have been had I been abstemious. One drink! Shoot, what’s the point of even going on!!! Last Thursday evening I was watching the Michigan/Utah football game with Richard and a friend and I thought, “I’ll just have a small glass of my really top-notch tequila. What harm can one little glass do?” Well, I was dragging my ass at work the next day; had a hard time remembering lines, something that’s usually very easy for me. At first I wondered what was wrong and then I realized–it was that one glass. I know–it’s the sugar, stupid. Sugar and age–a bad combo. Fortunately I got off work early on Friday, came home and took a 4-hour nap!!!

I hope y’all are having a splendid long weekend. I’m going to the Toronto Film Festival next weekend for the premiere of “Youth,” the Italian film I did last year directed by Academy Award winner Paolo Sorrentino (“The Great Beauty“) I’ll blog about that next.