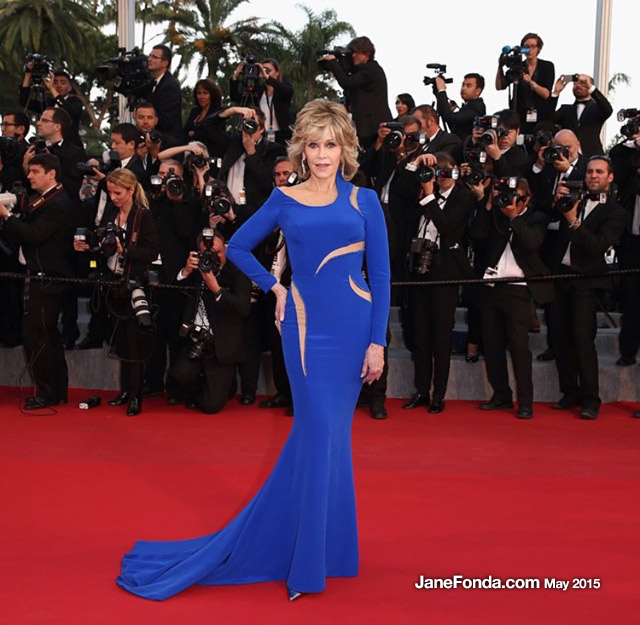 I could barely settle into the excitement of the Grace & Frankie Premiere on May 8th, before I was off to Cannes.
I attend the festival as a Brand Ambassador for Loreal, as I have for the past several years, but this year I also attend as an Actress with a film in competition. The Film by Paul Sorrentino is called “Youth” and it stars Michael Caine. Watch the trailer here: http://variety.com/2015/film/global/watch-trailer-for-paolo-sorrentinos-youth-1201470886/ the Film will premiere here on Wednesday so stay tuned for more on that evening. 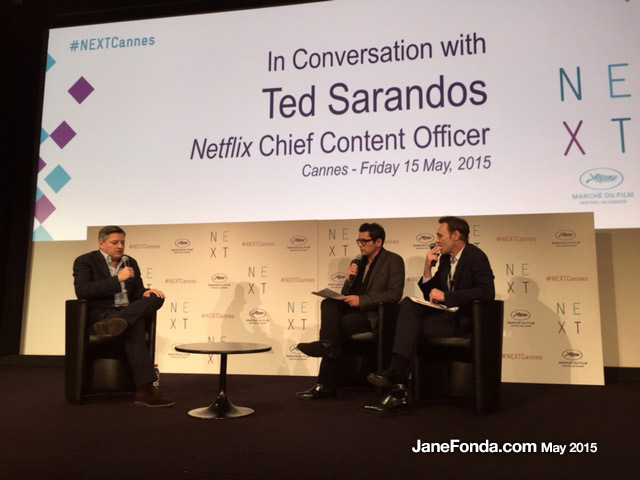 Always so much going on during the festival. I was glad to be able to attend “In Conversation with Ted Sarandos”. For those of you who don’t know Ted is the COO of NETFLIX. He spoke about their business strategies, and their relationship to the film and television industries. Instructive. Ted is extremely articulate. 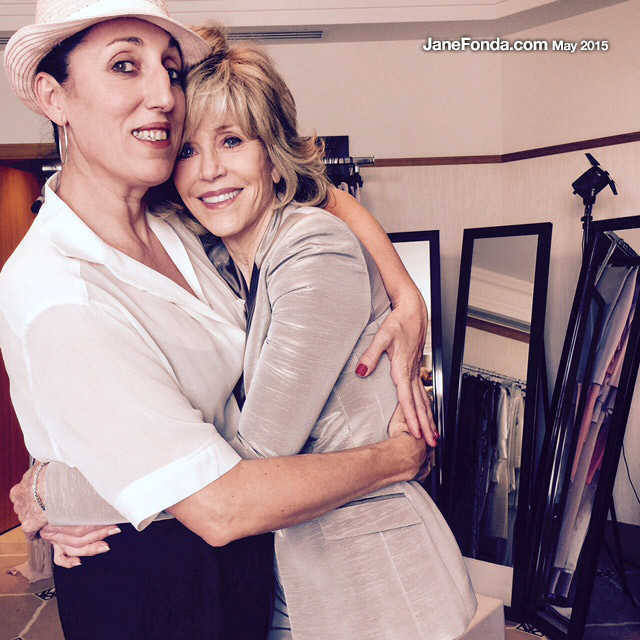 In Michael Angels fitting room I saw Spanish Actor Rossy de Palma. She is a regular in Pedro Alomodovar films. I have always loved her unique beauty – like a Picasso Painting. Rossy is a member of this years Cannes Jury along with Jake Gyllenhaal, and the Cohen Brothers. 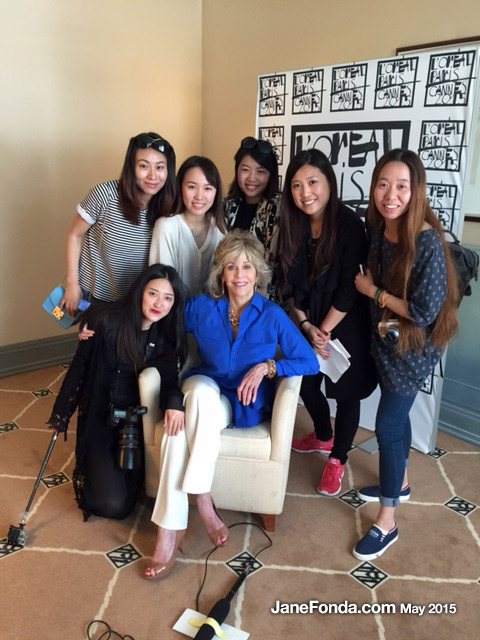 Part of my work with Loreal involves interviews with foreign press. Here I am with a group of journalists from China. 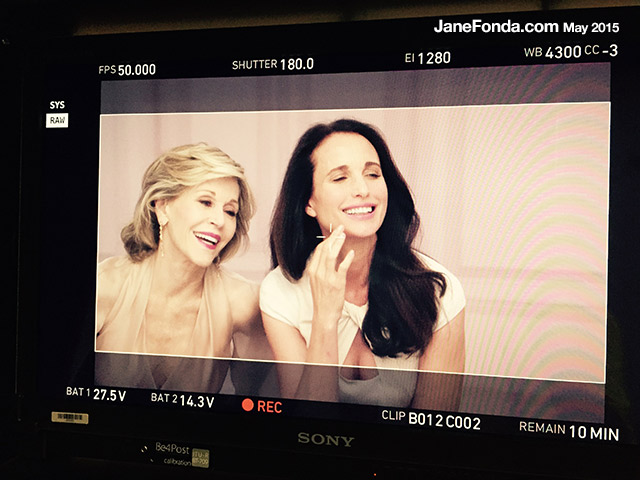 Also shot a commercial for Loreal with Andy McDowell. 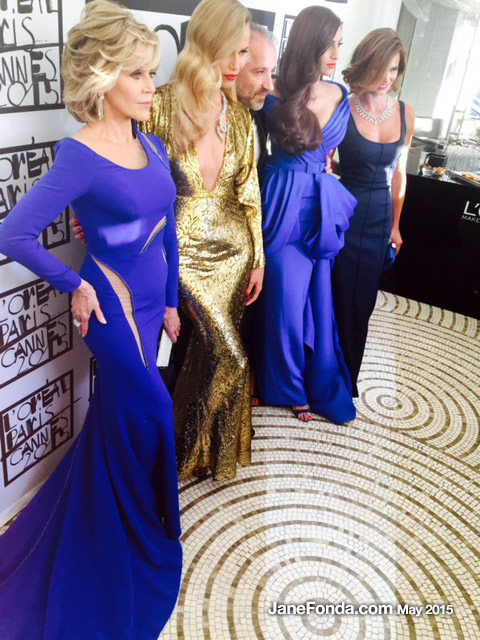 Wearing Atelier Versace for the first red carpet event with my fellow brand ambassadors for Loreal. 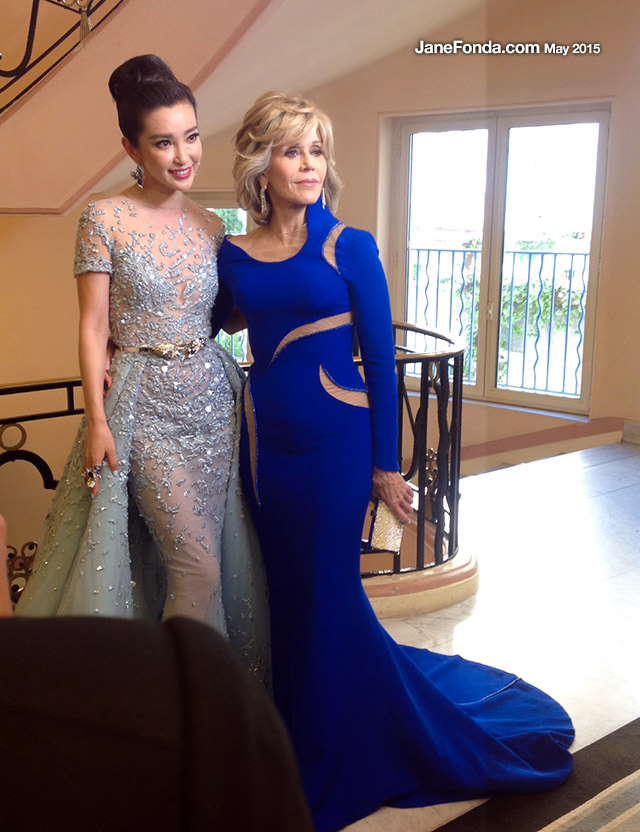 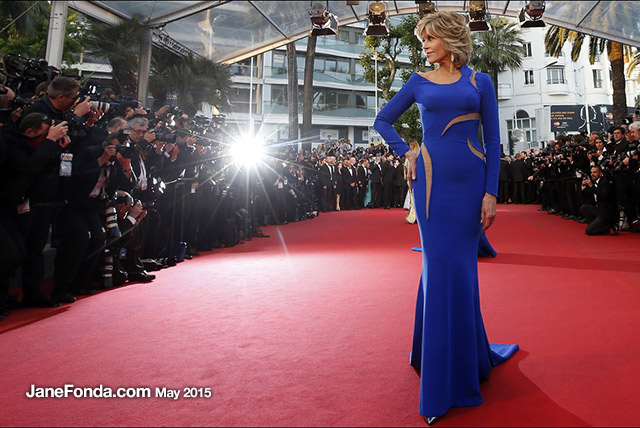 A quick video to give you a sense of the size and volume on the Cannes red carpet. 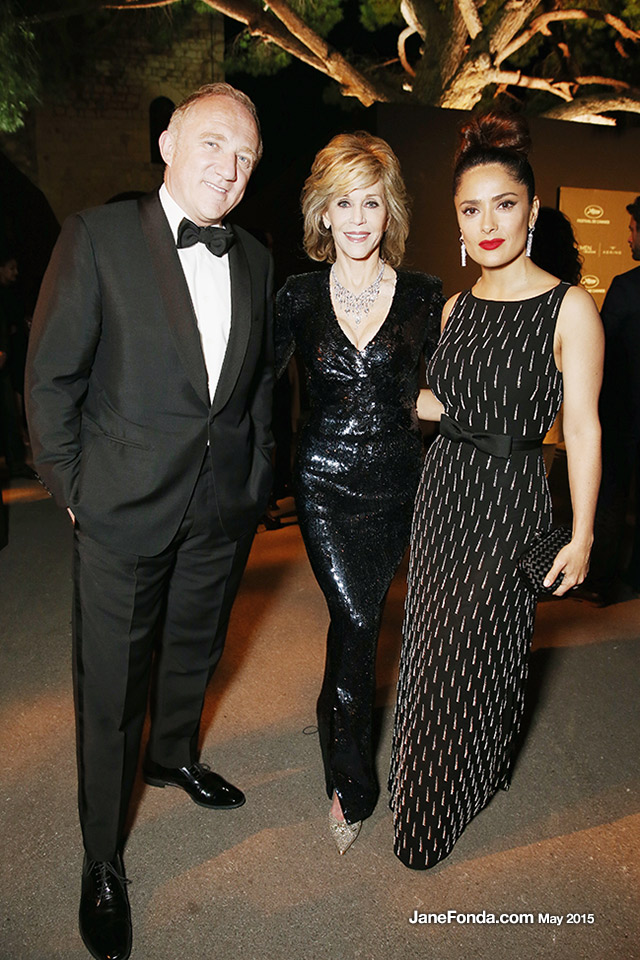 My second red carpet event was exciting too. Along with Megan Ellison, and Olivia de Haviland (who was not in attendance), I received the new “Women In Motion award”. The award was presented by Francios-Henri Pinault CEO of Kering. In partnership with the festival Kering developed the Women In Motion initiative to generate conversation and recognition of Women In Film. Francios-Henri Pinault is also married to the incredible, actor, producer, director, and activist Salma Hayek. Here I am with both of them at the event. 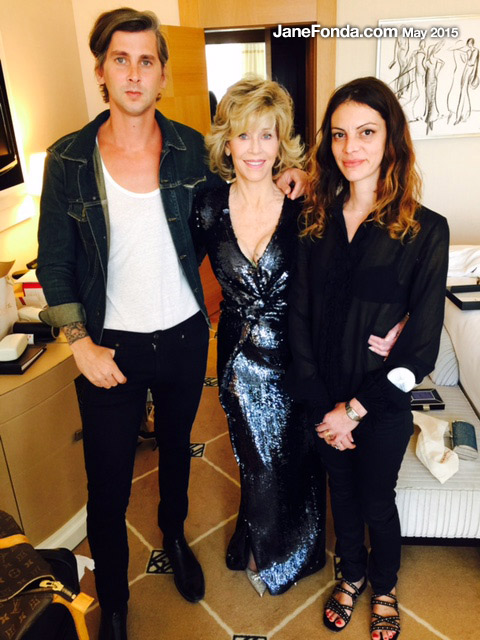 The gorgeous gown I wore was from St Laurent. Here I am with the seamstress after my fitting.

Another shot with Salma.