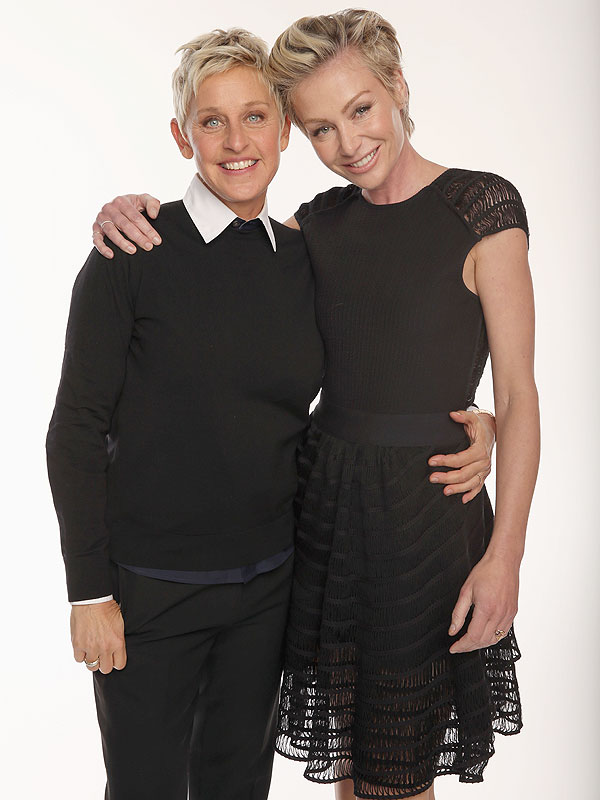 Ellen DeGeneres proves that there are definite downsides to working out in front of your significant other.

“@PortiadeRossi said I could watch her do her @JaneFonda workout. She didn’t say anything about filming & tweeting it,” DeGeneres tweeted on Jan. 3, along with the 22-second snippet of de Rossi mimicking the video. (DeGeneres is, of course, laughing along in the background.)

.@PortiadeRossi said I could watch her do her @JaneFonda workout. She didn't say anything about filming & tweeting it http://t.co/9d30nps3pN

As revenge, de Rossi posted a video to her own Twitter Monday of DeGeneres running on the treadmill and singing along (quite loudly) to Mark Ronson’s “Uptown Funk.”

I got you back @theellenshow! Don't believe me? Just watch. https://t.co/ERQqZbYrUz

DeGeneres first shared a clip of de Rossi’s old-school workout with fitness guru Jane Fonda herself when she stopped by The Ellen DeGeneres Show in December.

How did the notorious prankster secretly capture her wife’s moves on tape?

“I’m sitting there, and it’s Saturday afternoon, and Portia’s sitting doing a jigsaw puzzle, and I said, ‘I’m going to pop [the Jane Fonda workout video] in,’” DeGeneres said during the interview.

“I want to see this because I want to be able to talk about it,” continued DeGeneres of the classic videos that are being re-released on DVD and digital download on Jan. 6. “So she got up from the jigsaw puzzle she was doing, and I took the phone out, and started recording her.”

Need a little Monday Motivation? Check out de Rossi’s viral moves in the video above.