“What a compliment! I love being credited with Michael Strahan’s introduction to fitness!
Enjoy the article.” 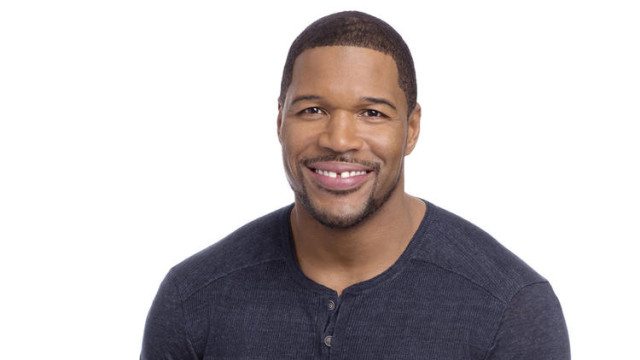 When Michael Strahan was a boy, his brothers teased him about his weight. To the rescue: Jane Fonda workout videos. (Disney-ABC Domestic TV)

At 6 feet, 5 inches, Michael Strahan — the co-host of “Live With Kelly and Michael” and “Good Morning America” and a 2014 inductee into the Pro Football Hall of Fame — defies pigeonholing. Strahan, 42, began exercising three decades ago after his older brothers teased him about his weight. His surprising workout? Jane Fonda’s videos. “I’m comfortable with my manhood to admit that I used Jane Fonda tapes when I was a kid,” he says with a chuckle.

In 2012, his on-air audition for Kelly Ripa’s talk show included a playful homage to the movie “Magic Mike.” Strahan’s athletic dance moves so impressed the movie’s star, Channing Tatum, that Strahan will act in the sequel, “Magic Mike XXL,” out next summer. To prepare, Strahan says, he is “working out a lot harder with heavier weights to build muscles that have to break down when it’s time to shoot.”

What role did Jane Fonda play in first getting you in shape?

When I was 13, I had the original bubble butt. My brothers called me “Bob,” for “booty on back.” Using Jane Fonda’s workout tapes, I did enough leg lifts to literally work my butt off. That’s when I became conscious of the importance of working out and trying to improve my health.