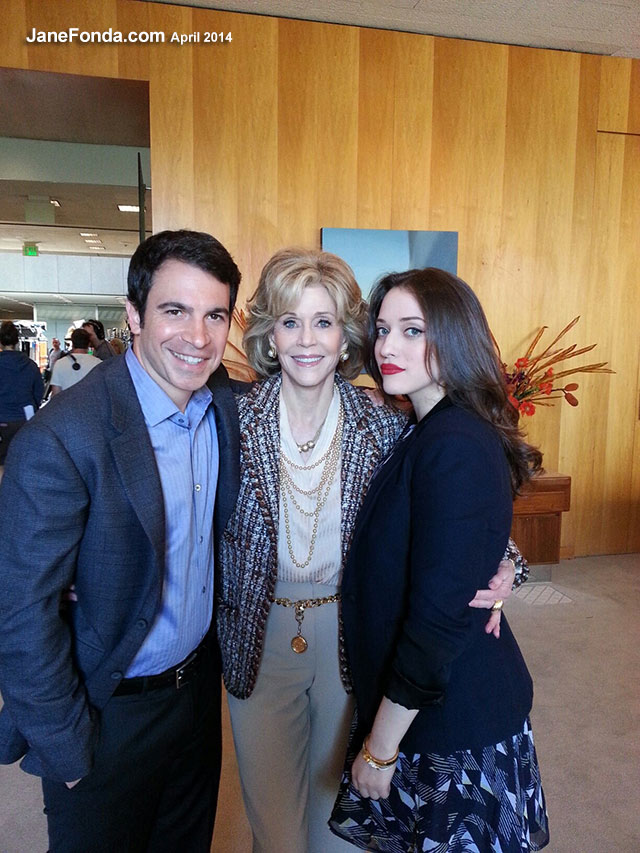 Yesterday I worked in the second episode of the third season of The Newsroom. Aaron Sorkin wrote another kick-ass scene for Leona Lansing as her media empire is threatened from a new and unexpected challenge. There is just about nothing as fun for an actor, in my opinion, than to revel in the intricacies of Sorkin’s elaborate and inventive dialogue. Fortunately, memorizing has always been easy for me.

To my delight, I got to work with Kat Dennings in the scene (in photo above). You probably know her as the co-star of “Two Broke Girls,” but I first discovered Kat in the 2008 romantic comedy “Nick & Norah’s Infinite Playlist” in which she starred with Michael Cera. I always adored his work but she was a new discovery and I flipped for her (and the movie). Later, at an Elle Magazine event in Los Angeles, I met her and had a chance to gush over her in person and she says my enthusiasm for her was important to her at the time in her budding career. So it was special for us both to be working together yesterday, especially since we had some pretty intense exchanges in the scene—mean, fun kind of intense. Looking into her huge blue eyes, I felt like I was falling into them.

The good looking fellow to my left is Chris Messina who plays Leona’s son, Reese. He’s made lots of films including “Celeste and Jesse Forever” but maybe you know him from “The Mindy Project.” We love playing mother and son. He is such a cool guy and has just finished directing his first film, “Alex of Venice,” which has been very well received at the Tribeca Film Festival. 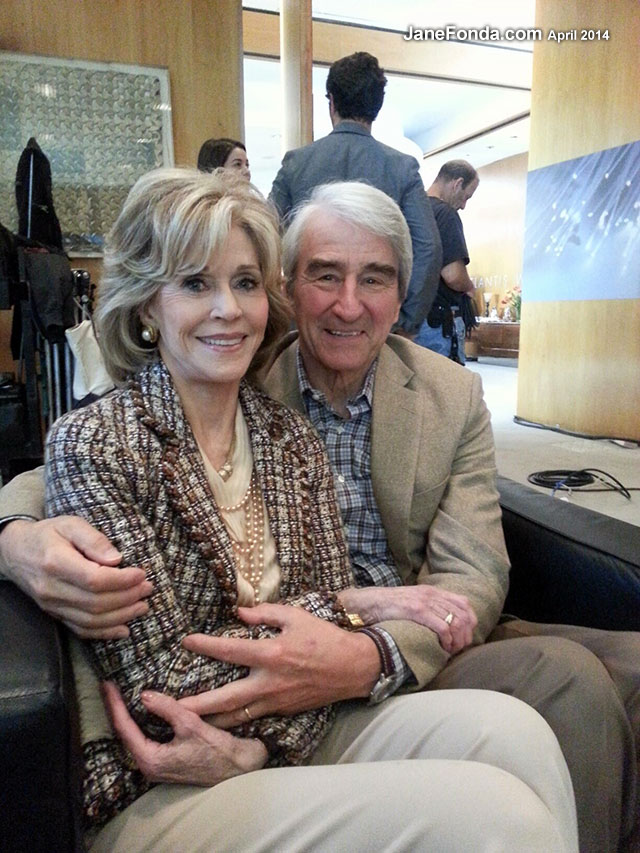 Then, of course, there’s the inimitable Sam Waterston, who plays the head of Leona’s news division—in other words, he runs the newsroom and reports to Leona. Such an extraordinary actor. He was in the scene yesterday as well and I believe we’ll do another one next week.

I wish this wasn’t the last season of this series because it has such important things to say about the media and says them in such interesting ways and it’s so many people’s favorite show. A few months ago when I was in Sydney Australia, I was surprised at the number of people who told me that they watch it religiously. (I had to wonder if this has anything to do with the fact that Rupert Murdock comes from there and his media unscrupulousness is globally known about so that the inner workings of media empires hits close to home).