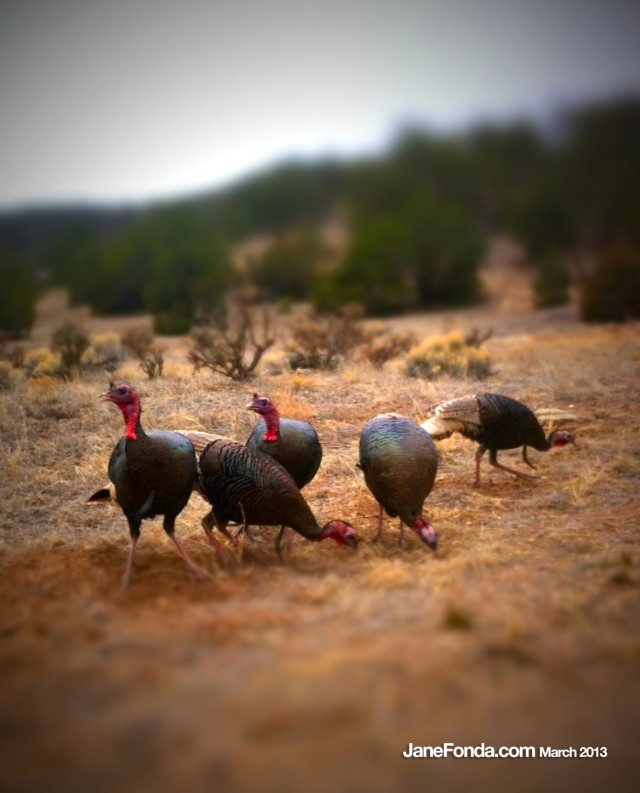 I’ve been here with Troy and Simone and it has snowed and been beautiful. 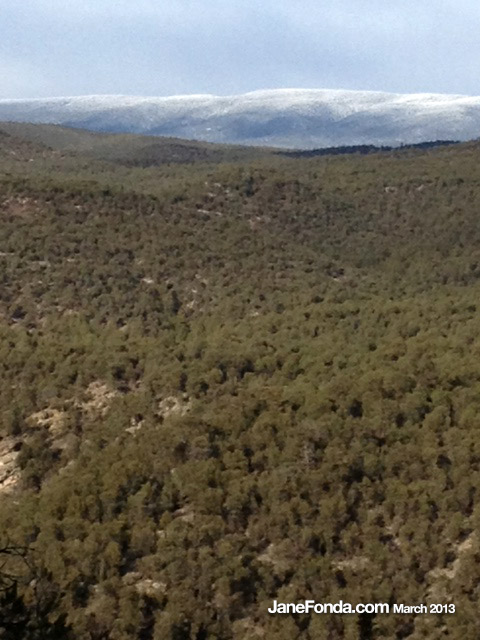 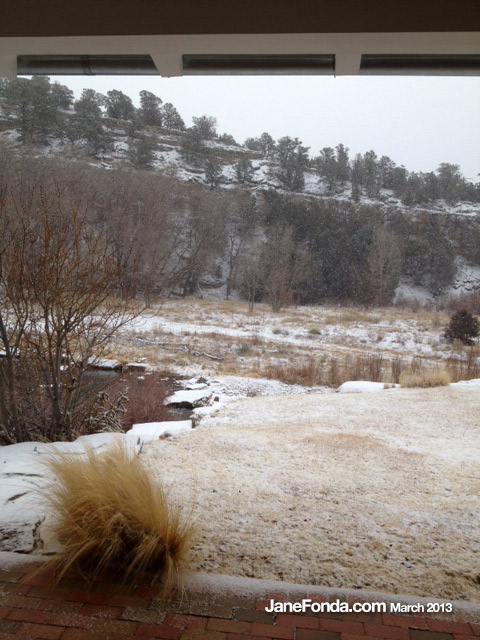 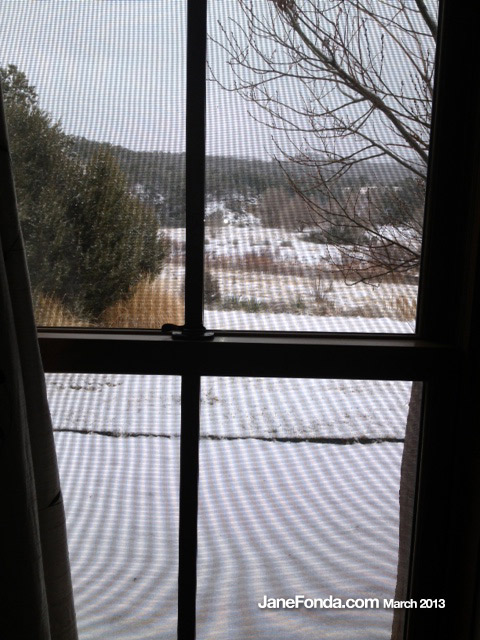 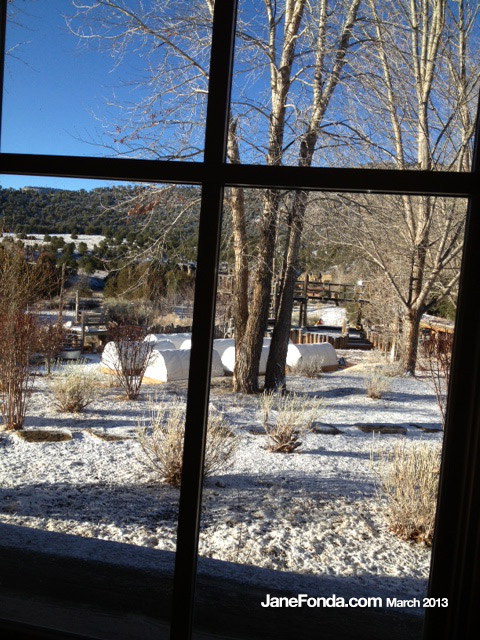 I’ve waited 13 years to see wild turkey on the place. I’d been told there were flocks of them in times gone by. Suddenly here they are, encouraged by a little corn. 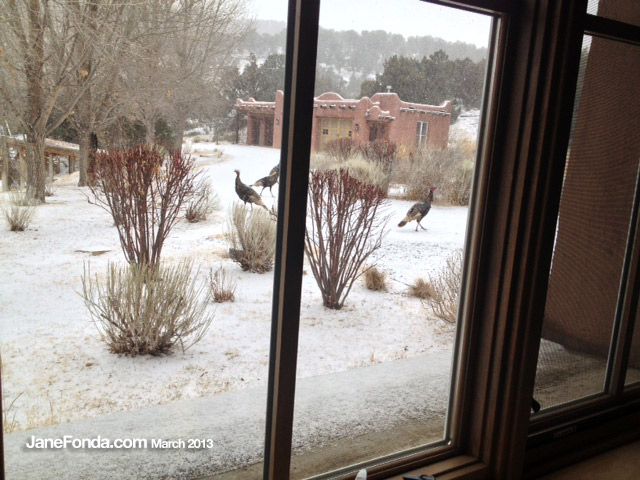 Turkeys from the kitchen window. I never thought I'd see the day! Those trees you see, I planted them when they were saplings. Being at the ranch makes me viscerally conscious of time passing which has its upside (make the most of it) and it's downside (existential angst. Life's passing quickly). 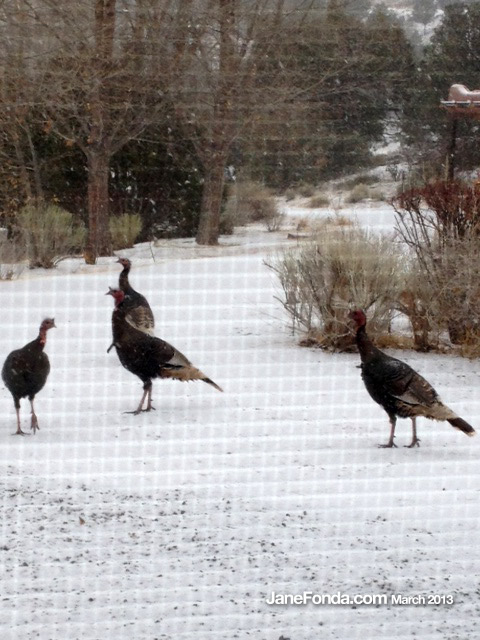 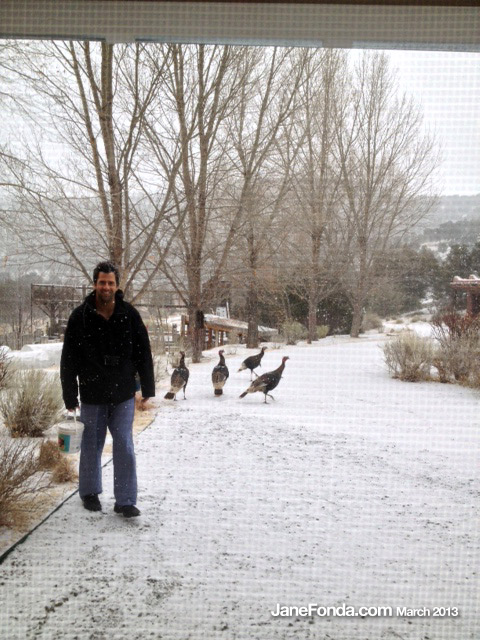 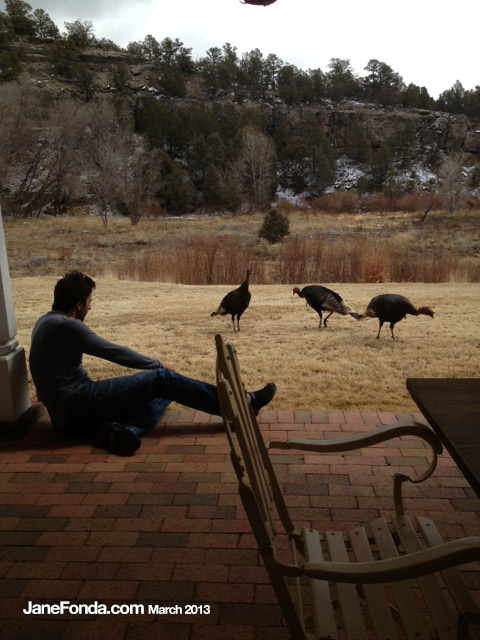 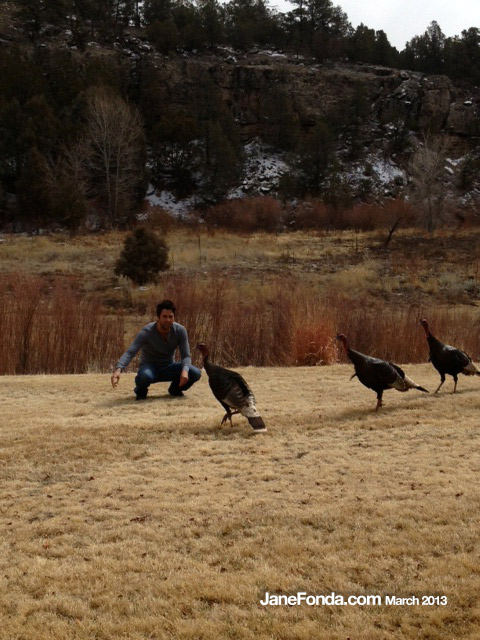 The turkeys came back the next day for more corn when the snow had melted. They’ve become quite domesticated and, no, I’m not marking one as dinner next Thanksgiving!

The snow didn’t stick but the ranch looked its winter-beautiful self. 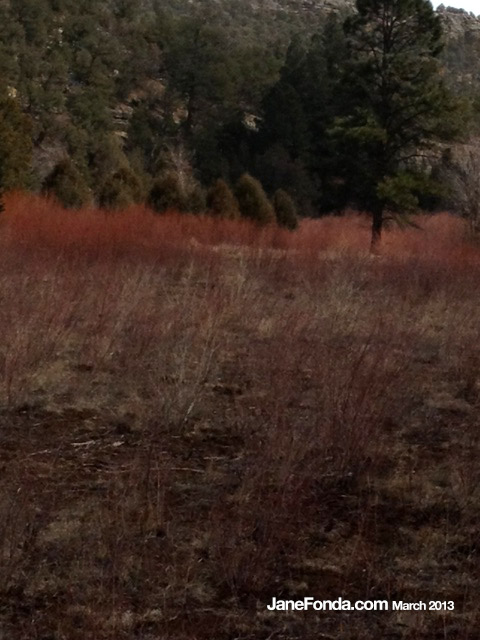 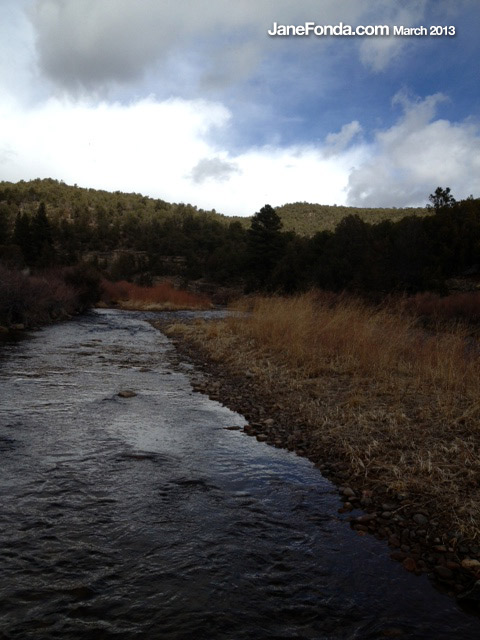 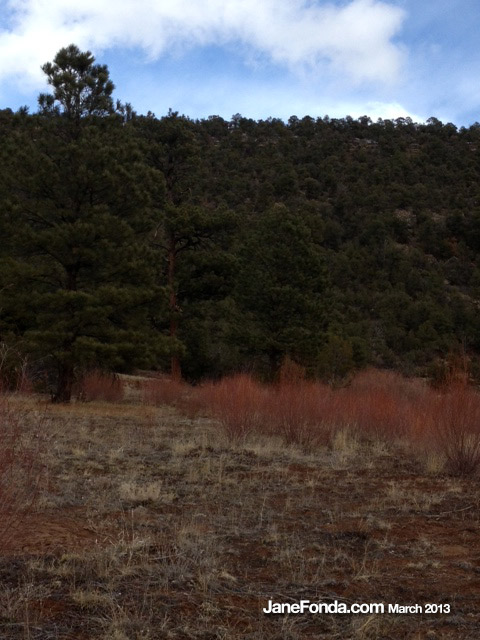 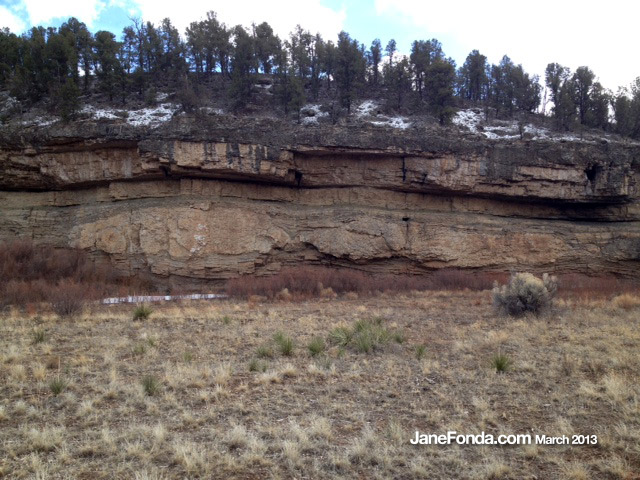 I love the reddish color of the willows in winter, especially against the snow.

Saturday night we went to the Pecos High School where the Panthers basketball team was playing the team from the New Mexico Military Academy in Roswell. It was an important game. One they needed to win to go on to the state Championships. 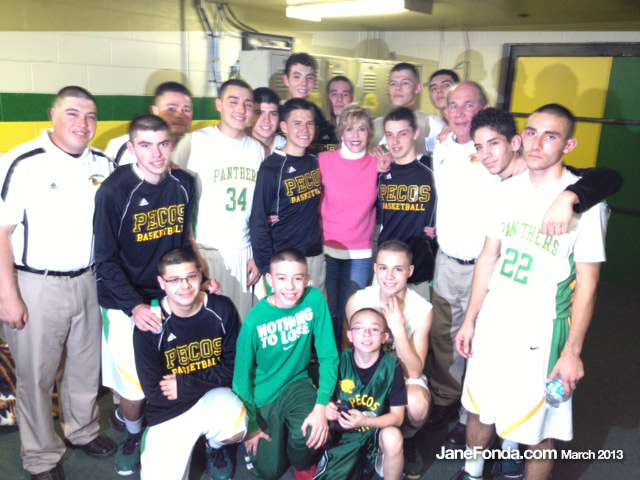 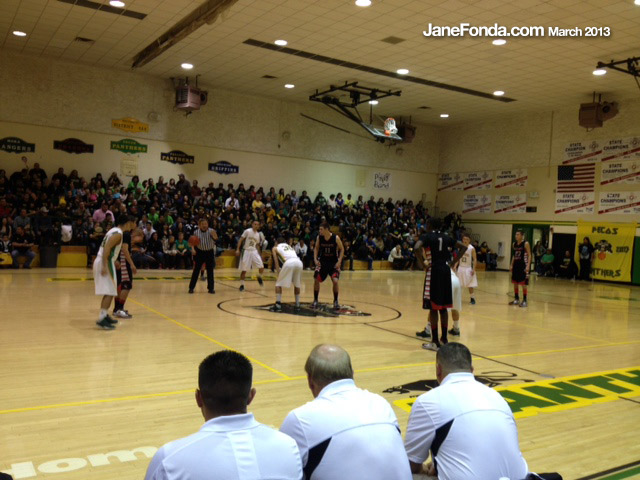 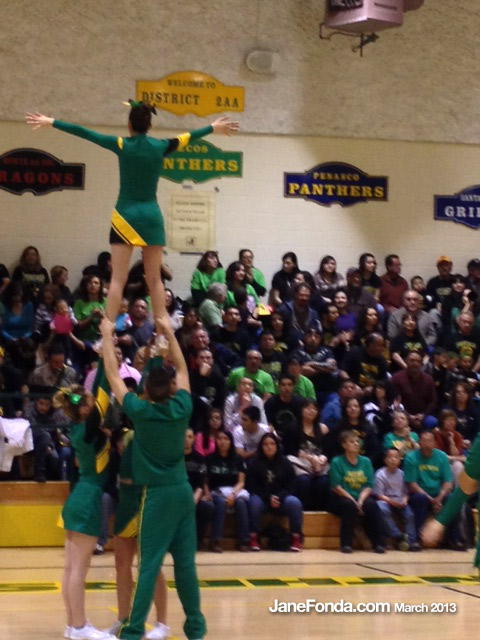 They played really well and had a large team of talented cheerleaders. They won 90 to 67!

After the game we all went to Harry’s Roadhouse just off I25 close to Santa Fe. This place is open for Breakfast, lunch and dinner, doesn’t take reservations but, let me tell you, the food is wonderful and so is the atmosphere. Great for families and big groups because it’s very reasonable. At any time of day you’ll see the parking lot full. We ordered a gluten-free margherita pizza which was yummy and I had the best turkey meatloaf ever! 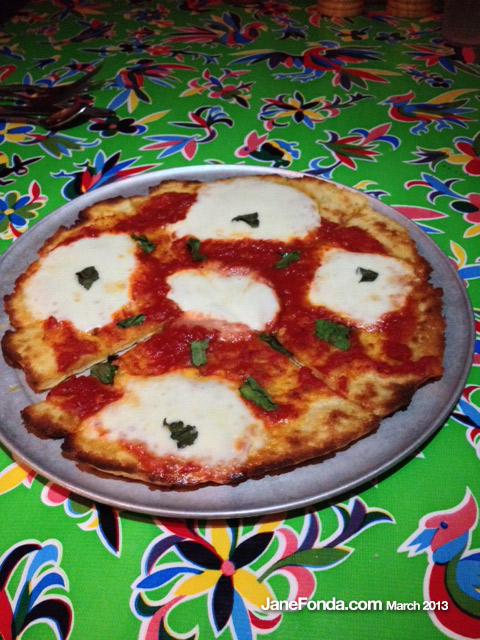 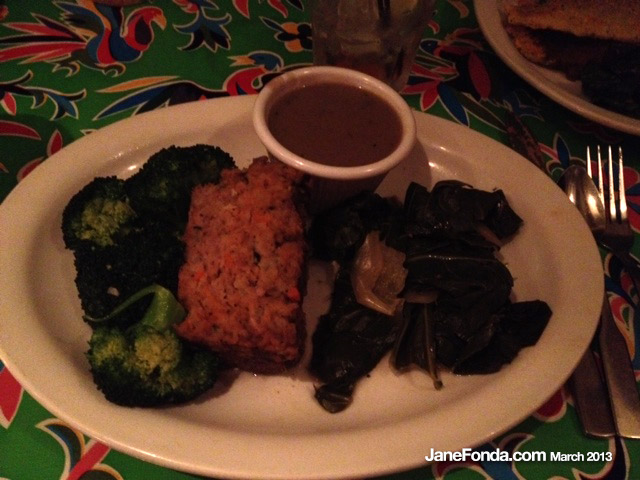 Now I’m back in L.A. but happy knowing that in a few weeks I’ll be back at ranch with 6 friends from Atlanta.